Objects I Use: Detachable Key Rings 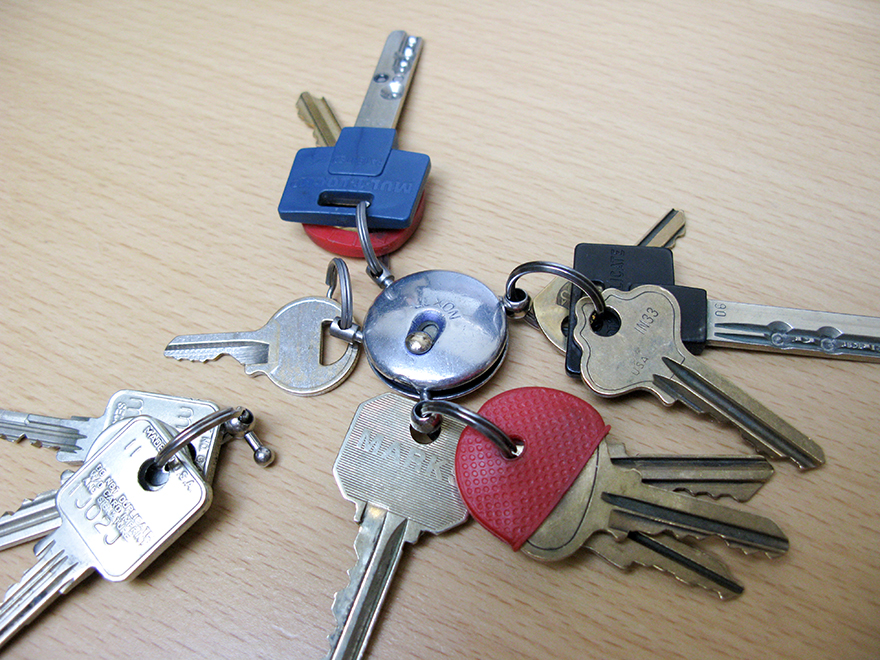 It seems so hopelessly primitive to me that we all carry a pocketful of little pieces of metal to gain entry to our homes and workplaces. Side gigs that I've had required me to carry as many as fifteen keys including my own, and I hate the pocket bulk. So I'll happily embrace smartphone-based digital locks when they become widespread (and when my landlord allows them).

In the meantime, one of the most often-used and well-worn objects I own is the multi-keyholder you see above. I purchased it in 1998 in Japan for 2,000 yen (something like twenty bucks back then), and the manufacturer's mark says "Lexon." 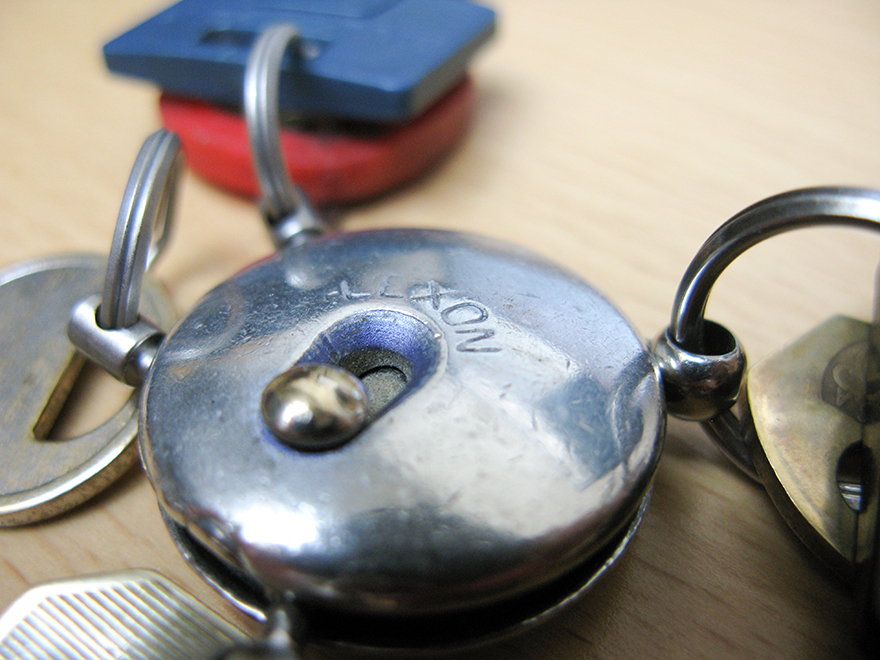 The design is brilliant. With your thumb you slide the little nub on the exterior, which is attached to a small spring bolt. That allows the spherical part of the little barbell attached to the individual key rings to slide out of the slit in the perimeter. 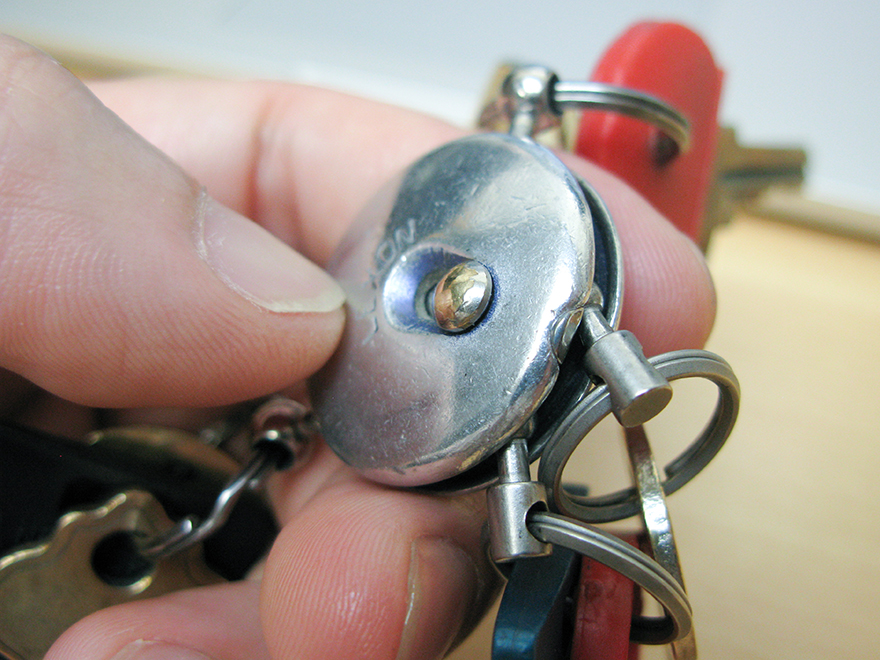 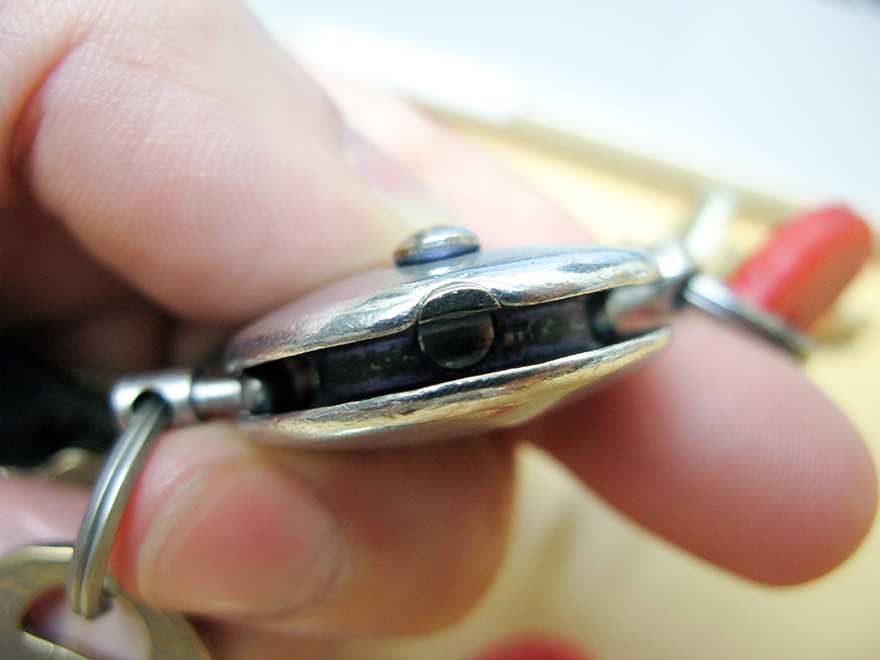 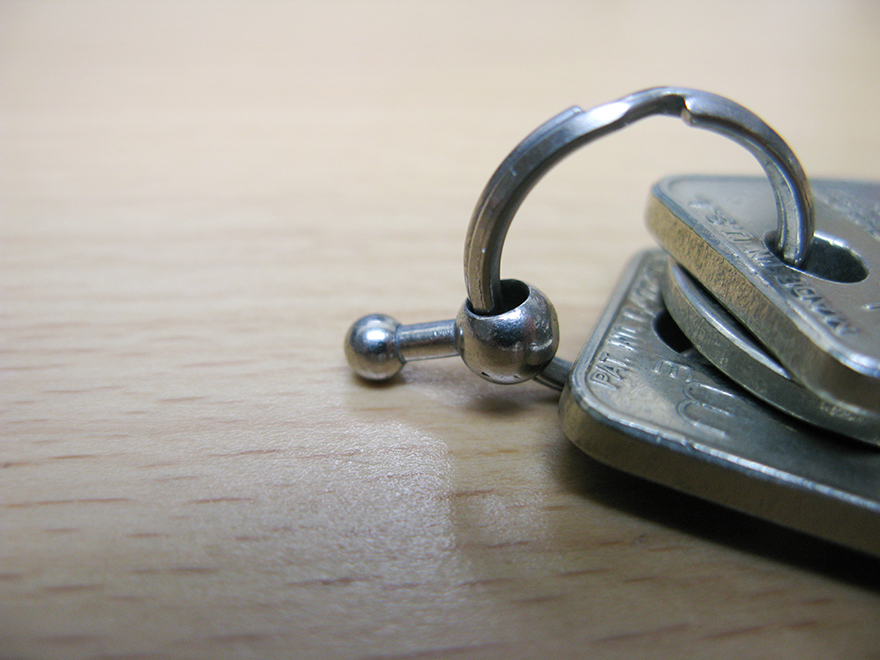 While releasing the bolt is easy when you want to do it, in 15 years of daily carrying it's never once accidentally opened.

How It's Worn Over the Years

The color of the hub was originally a brilliant electric blue; like the carabiners, it is made from anodized aluminum. The color has long since worn away. 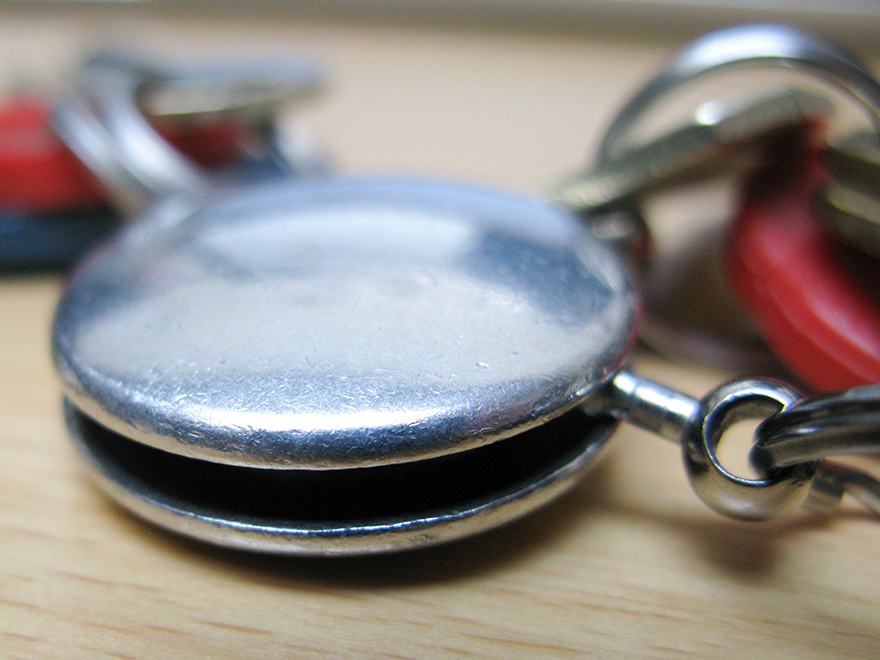 The surface is dinged, nicked and scratched from daily use but the mechanical ability is the same as the day it was new. The spring bolt remains well-sprung. 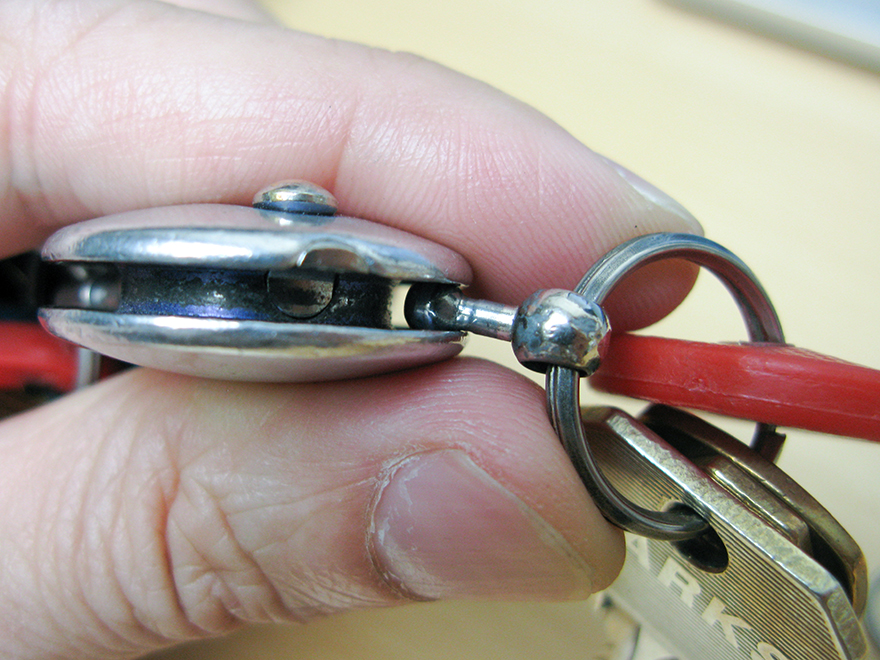 Because I don't need to carry all of my keys all of the time, I can "load" and "unload" as needed. This action also comes in handy for when you need to temporarily lend a set of your keys to someone, and I use it when I need to wear a suit that doesn't accommodate bulk well in the pockets.

It also came with a detachable spring-bolt ring attachment so you can hook the whole thing to a belt loop, but in practice I never actually use it; I don't like having my every step announced by jangling keys. 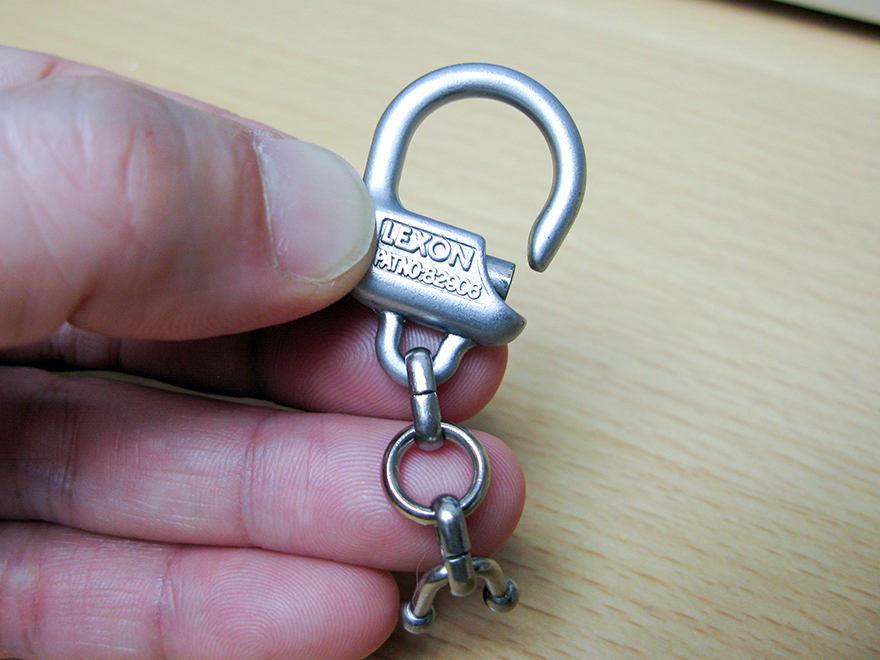 I haven't been able to find anything on a Japanese company called Lexon, but during a recent search to purchase more rings I found this model on Amazon made by a company called Troika. 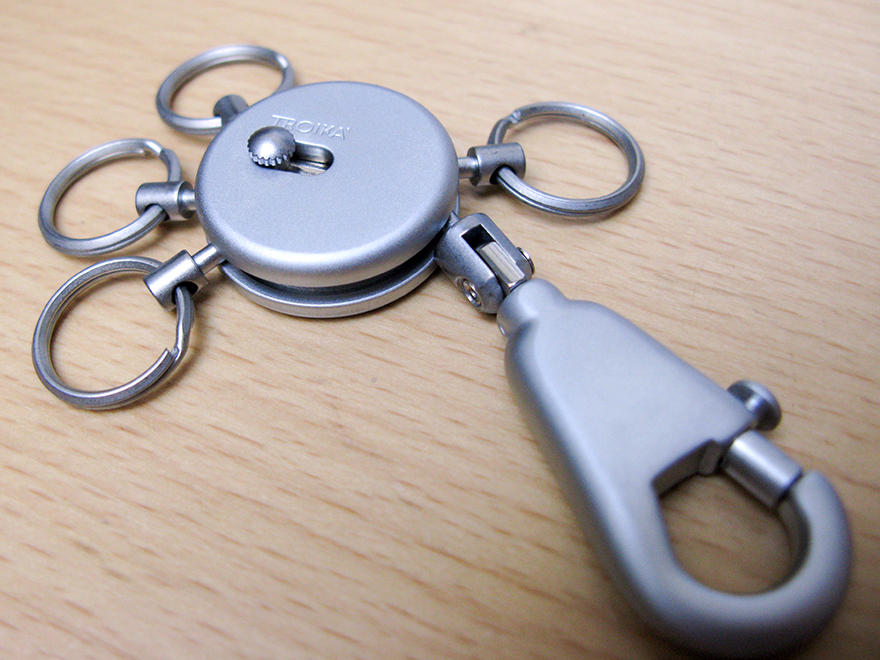 The hub on the Troika is chrome-plated, and while the individual key rings are smaller in diameter than on the Lexon, the barbells fit perfectly into the Lexon's hub.

While there are several less expensive variants of this design on Amazon, I went with the $20 Troika because it got good reviews, and because I'm happy to pay more for something useful that I know I'll use every single day. My key ring is one of the objects I touch the most.

Objects I Use: Detachable Key Rings