Speaking of keys, you needn't look further than modern-day car key fobs to see what's coming. But until that day arrives, here's an odd interstitial technology hovering between the incumbency of metal keys and the inevitable adoption of wireless unlocking devices.

KeyMe is a smartphone app that allows users to "store, share, and duplicate their physical keys using a digital scan that is securely stored in the cloud." By using the camera on your phone, you can scan your keys. Should you need to make copies of them, the app translates your keys' dimensions into something a keymaker can reproduce.

The idea seems clever enough (assuming you haven't misplaced your phone along with your keys), but what surprised me is that the New-York-based company has ponied up for physical kiosks, scattering five of them around Manhattan. 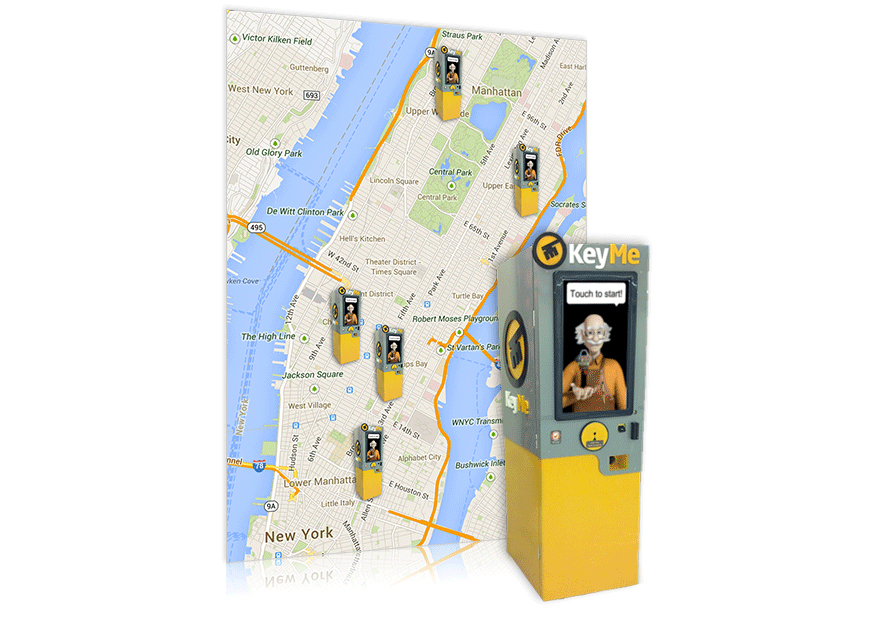 At first, that made no sense to me: The kiosks charge a whopping $20 for a key, whereas I can get a copy for a couple of bucks at a local hardware store. Then I looked at where they're placing the kiosks. By having them exclusively within 7-11s, they're clearly going after the 24-hour drunken partygoer market. When you've had too much Patrón and can't get back into your house, $20 will seem like a steal compared to the three-figure quote that a 24-hour locksmith will give you.

I do foresee one potential hurdle. This is anecdotal, but in my experience people lose their phone a lot more than they do their keys. So I hope that keys and phones not only soon converge, but are somehow designed not to be lost.