DARPA's 8-Task Obstacle Course for Robots is No Joke 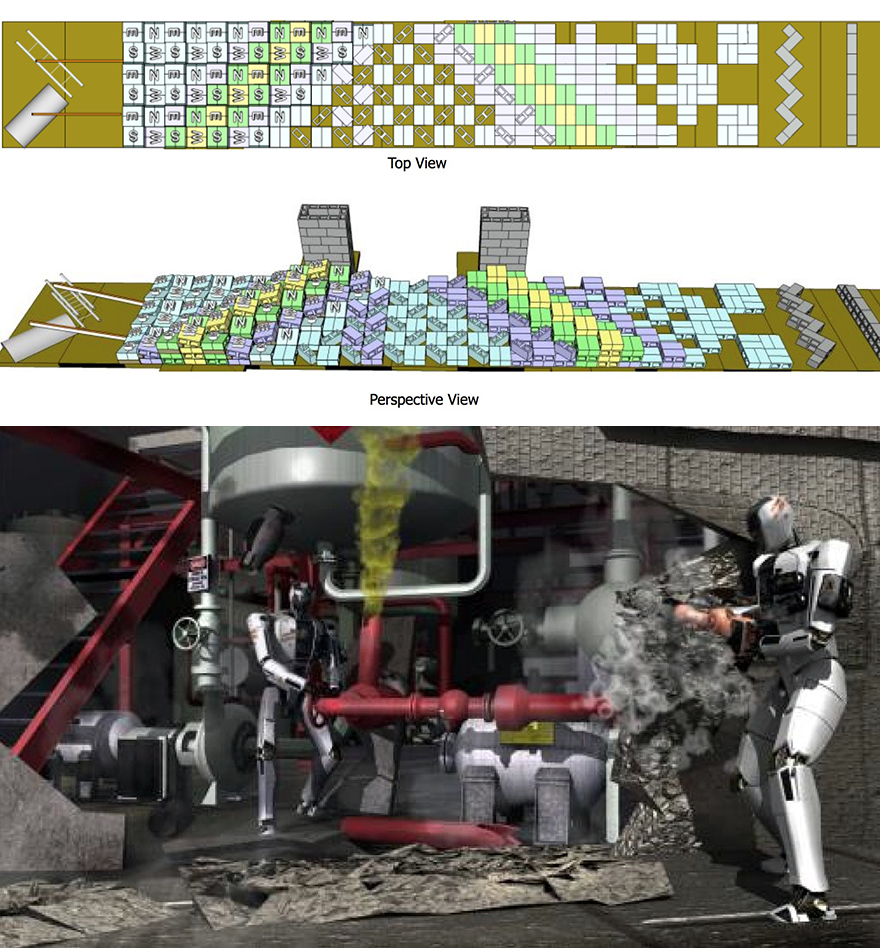 We've got a few months yet until December, when DARPA will hold their 2013 Robotics Challenge, but that hasn't stopped the MIT team from releasing an "unboxing" video of their Atlas robot, delivered from Boston Dynamics. And while we had a chuckle at the Atlas robot's previously aired automotive difficulties, and previously mentioned some elements of this year's challenge, the unboxing vid prompted us to take a closer look at what DARPA's got in mind for 2013—and it's pretty nutty. Inspired by the unfortunate events at Fukushima, robot entrants in this year's competition have got a ridiculously difficult road ahead of them.

Task 1 requires the robot to drive a utility vehicle through a primitive obstacle course. Doesn't seem too bad, right? 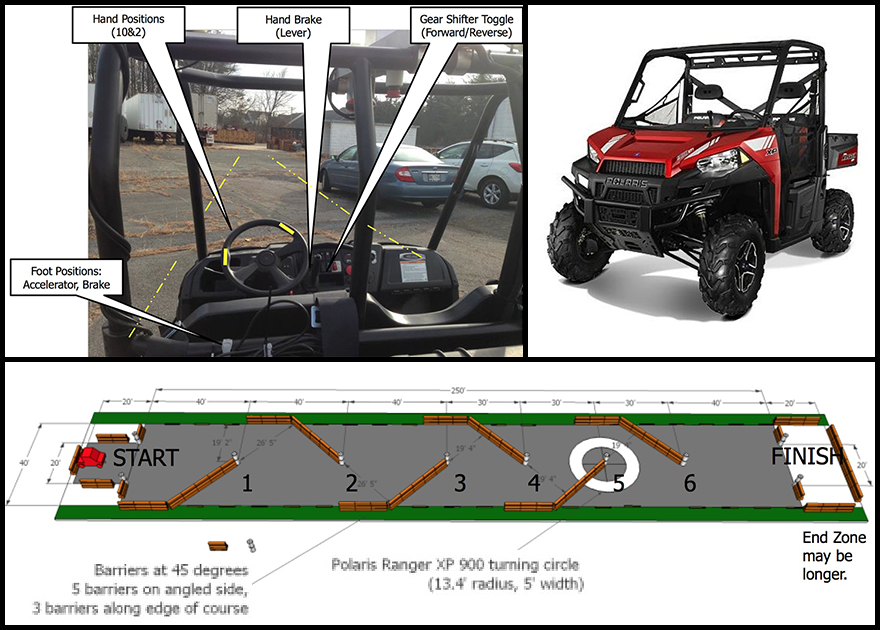 Well, Task 2 calls for them to then travel on foot, through a decidedly more fiendish obstacle course with built-in ramps, uneven terrain and tripping hazards. As with a good videogame, there are ten levels to get through, each one increasing in difficulty. 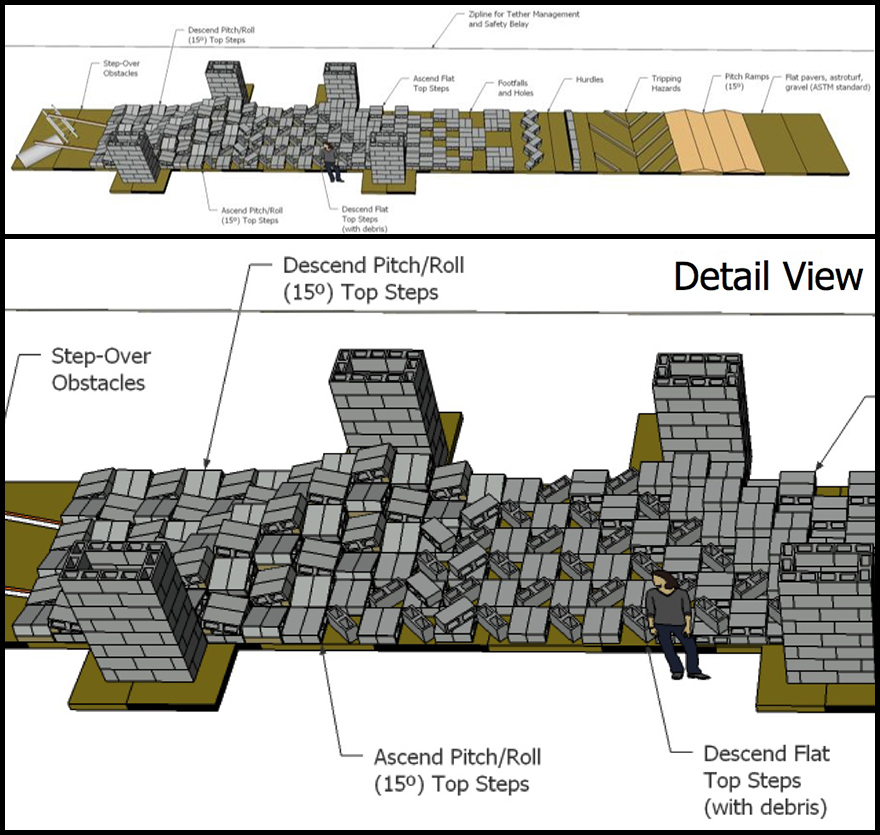 At Task 3, they get to a door they're meant to access. Only problem is it's blocked with debris, which the robots are meant to clear away.

With that out of the way, Task 4 seems pretty straightforward: All they've got to do is open the door. Actually, three doors: One "push," one "pull" and a second "pull" with a weighted closure. 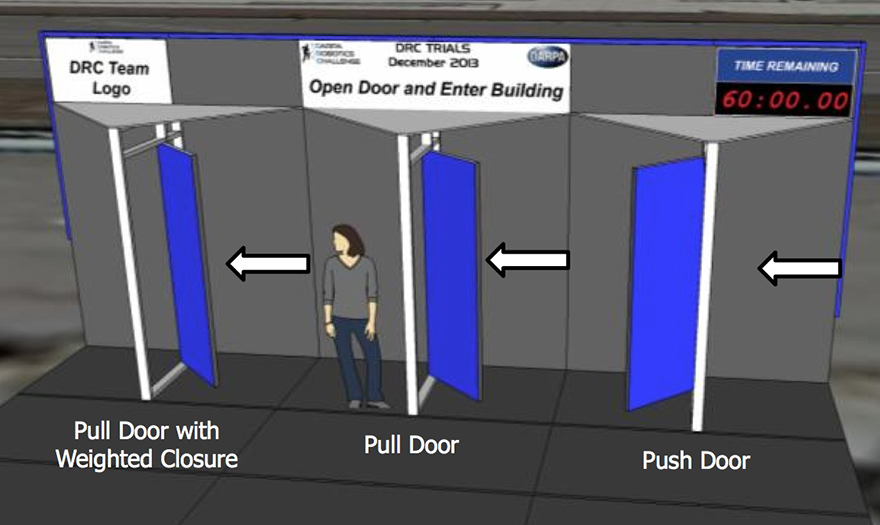 Getting through the doors will seem like a breeze compared to Task 5, where they need to scale an industrial ladder. It's not a traditional A-frame but it's no staircase either, being pitched at 60 degrees. 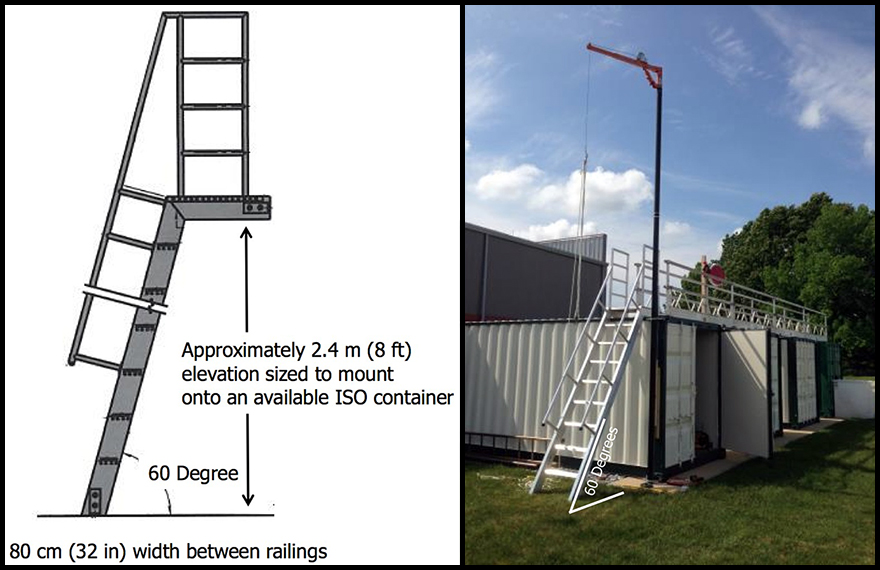 Task 6 is interesting: The robots have to break through a wall. While it won't be like in Terminator, where they stride confidently through cinderblock, it might be even cooler—they need to manipulate actual off-the-shelf power tools to cut their way through. Specifically they're given a choice of a Dewalt 18V rotary tool, a Ryobi oscillating 18V multi-tool or, most shamefully, a Skil 18V cordless drill. I guess a tool is a tool, but brand name snobbery aside, I just never envisioned a future where we'd be rescued by robots wielding, like, Black-and-Decker-type stuff. 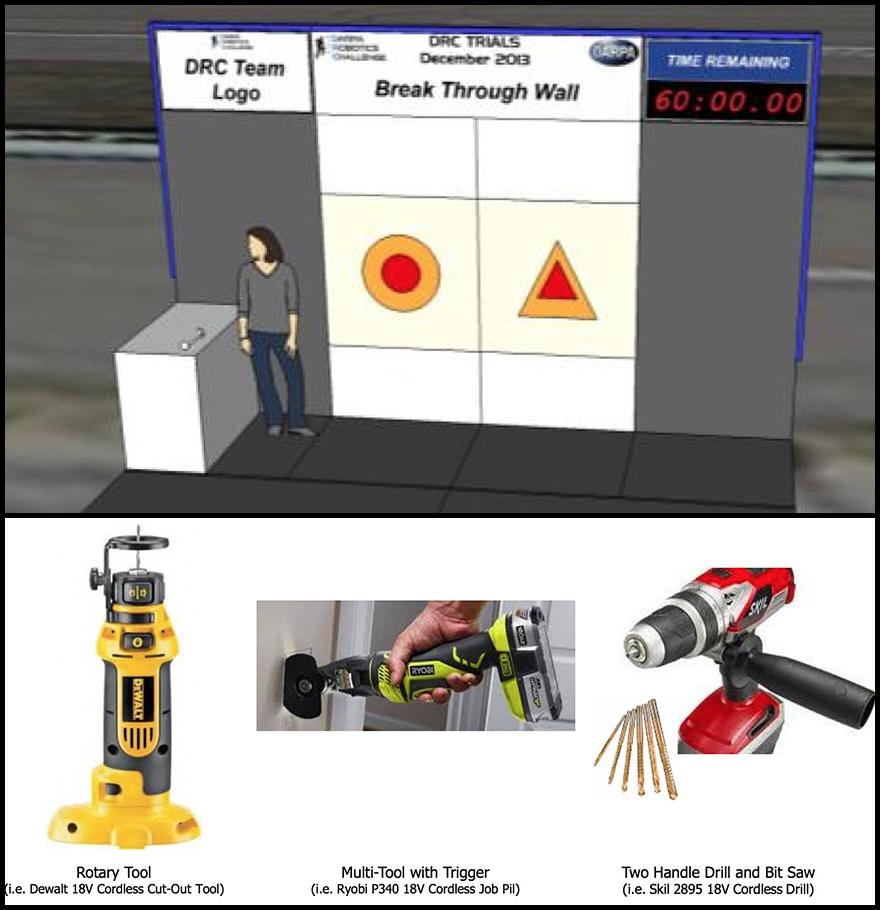 Task 7 has Fukushima written all over it: The robots need to locate and close multiple valves in a variety of sizes. The valves will be oriented both horizontally and vertically and have different handle types.

Task 8 is something I'm not even sure I could do: Our robo-buddies have to unspool a fire hose from the wall, carry it over to a hydrant or faucet, and hook the darn thing up. 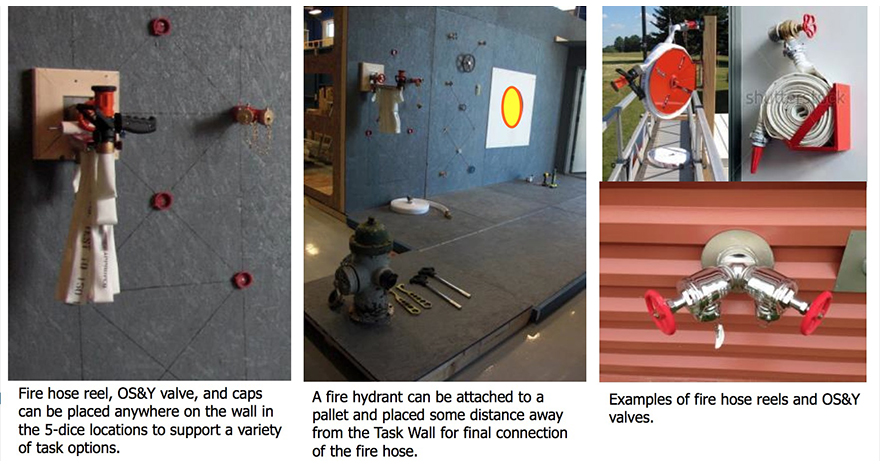 As clearly delineated as these tasks are, teams will still have to build a measure of flexibility into these plans. "The actual 8 tasks at the Trials," writes DARPA, "will be similar but in most cases not exactly the same as what is described in this document."

DARPA's 8-Task Obstacle Course for Robots is No Joke