Editor: This one comes to us from "Design Ninja," who early on in his ID career finds himself grappling with something many of us have: Should I go Corporate or Consultant?

Loosely speaking, as big-city industrial designer looking for full-time work there are two paths you can pursue straight out of school: Going consultancy or going "in-house," i.e., corporate. After undergrad, I discovered the hard way that my book was good enough to get me corporate work but not good enough for the consultancies. So I landed a job at a certain corporation's in-house product design department.

Corporate work was fine for me in the beginning. The hours were great (strictly nine-to-five), I never minded wearing a suit, and I got along great with the four guys and one woman in the design department. But the things I were designing were all in the same family of products—let's say that I was designing restaurant equipment—and after a while you get tired of doing soap dispensers, injection-molded dish racks and coffee stations.

After a few years I decided I had enough ambition and talent to do more than that. That's not to say the guys who worked where I did lacked those things, it's just that they were content, and I was not. So I started secretly sending my book out to several consultancies in the area. I scored a few interviews, but during them it became clear that my narrow focus in one area of products was not adequate.

So I did what Good Ol' Boy did and went back to grad school. The decision didn't come lightly, but I looked at some of the older guys at my job's design department and decided I didn't want to end up there. 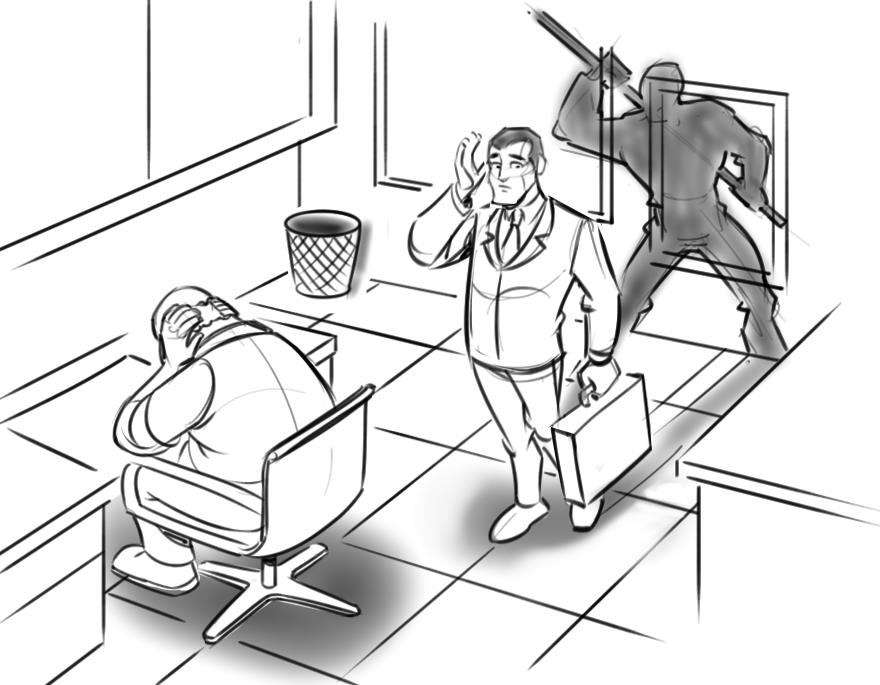 My grad school story isn't as epic as Good Ol' Boy's, but I achieved what I wanted, which was an improved book with a good range of stuff in it. Money was an issue for me, so during grad school I only interned at corporate design places because they paid more. But it was consultancy work that I really wanted to try. It sounded so exciting from what I'd read about it, to get to work on an interface for a car dashboard one month, then a cool retail store, then a line of furniture.

Straight out of grad school I was pretty proud of my book, and sent it to the Best Design Consultancy in the city. I knew I wouldn't get the job, but I wanted to aim high and work my way down.

They called me in for an interview—and I actually got the job. I couldn't believe it. First place I'd applied to! I'd been prepared to flounder for a couple of months and freelance to pay the bills, but here I was with a job at [Best Design], basically a week after getting my Masters. 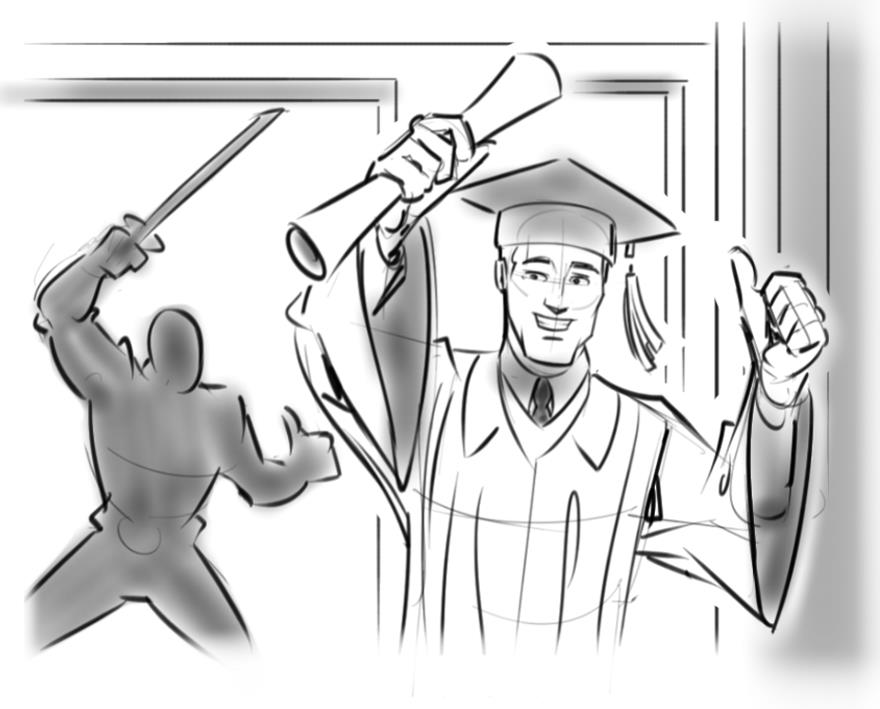 It was a little weird for me to wear jeans to work, but that's how this place was. I wouldn't have wanted to wear a suit anyway because they had an actual modelmaking shop you could go back into anytime you wanted and even pick up some tools. At my corporate gig, we always had to send out for models and wait for stuff to come back, but at Best Design there was no lag.

My very first week I was put onto my first project. I know this sounds ridiculous, but there's no way for me to discuss the product's specifics without giving away who the NDA-protected client was, so let's say the project was to design ninja throwing stars.

The client, Ninja Throwing Stars LTD., had been making four-pointed throwing stars for almost a hundred years. They had a solid, reliable product that every respectable ninja owned, and had for decades. So they only updated their product line every ten years with just minor tweaks.

But recently there was a lot of competition from overseas ninja suppliers. There was one company in Asia that made throwing stars with five, seven and nine points, another company in Japan working on a ninja star that would throw itself, and some inventor in Europe had spent 12 years developing a throwing star that spun faster and delivered better performance. So our client's market share was going way down. 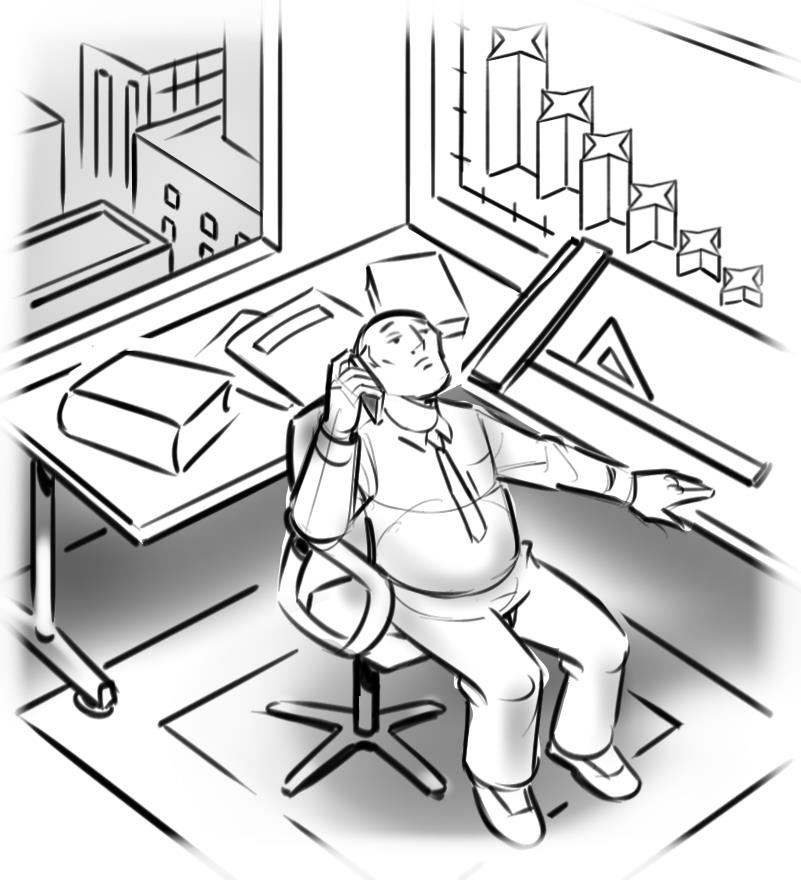 Best Design was super busy and had a lot of clients, so I was given a lot of autonomy. They dumped a box of throwing stars on my desk, from both our client and the competition, and told me to get to work. It was basically my project, and I was expected to generate 30 to 40 concepts.

I was eager to impress. I took the box home and soon every wall in my house was pockmarked with throwing star marks. I learned how to throw them overhand, underhand, backhand, and forehand to study which way did or didn't make my wrist hurt. I studied the accuracy, penetration, and flight paths of the various stars and how the design influenced them. I saw that some were easy to get blood off of and others were a real bitch to clean. 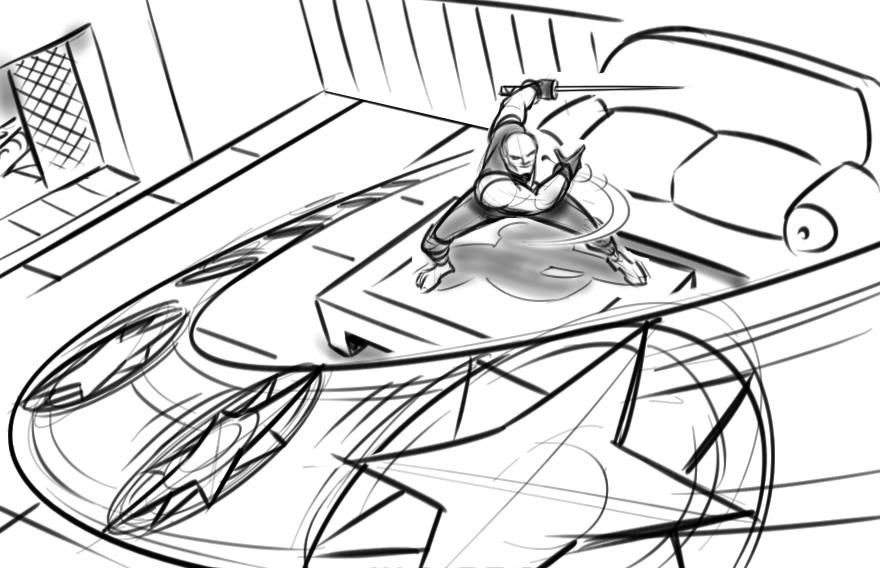 Like I said I was given a lot of autonomy, so the pressure to quickly produce sketches was pretty light. I was so immersed in user research that I spent two weeks without doing a single drawing, which caused my boss to raise his eyebrows a bit, but he ultimately had other things to occupy his time, so I was on my own.

Finally, at right around the two-week mark, I realized the approach I needed to take. I sat down, cleared the throwing stars off of my desk, and grabbed a pen.