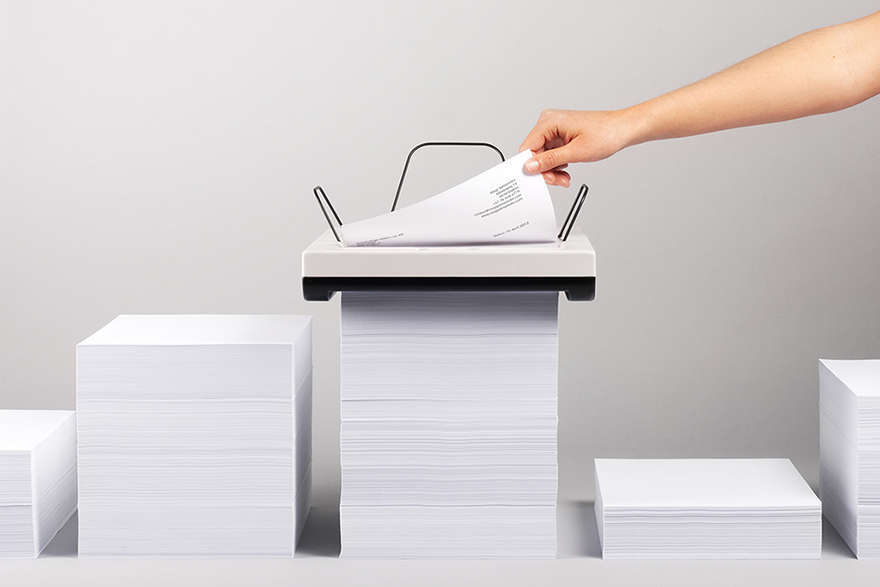 That's industrial designer Mugi Yamamoto's compact inkjet printer concept, Stack. Placed atop a pile of paper, the printer works its way down, sheet by sheet. In addition to providing a wonderful visual cue of whether or not the printer needs to be restocked—or is that re-stacked—there is a practical inspiration behind the design: To get rid of the paper tray, "the bulkiest element in common printers."

Yamamoto, a freshly-minted ID grad from the Ecole Cantonale d'Art de Lausanne, has generated a good bit of blogosphere buzz for Stack. But the rest of his book is worth a gander as well, demonstrating some brilliant materials experimentation. Check out his Inversilight, which takes advantage of silicone's flexibility to create a lampshade that the user can "pop" into one of two positions, focusing or scattering the light as needed: 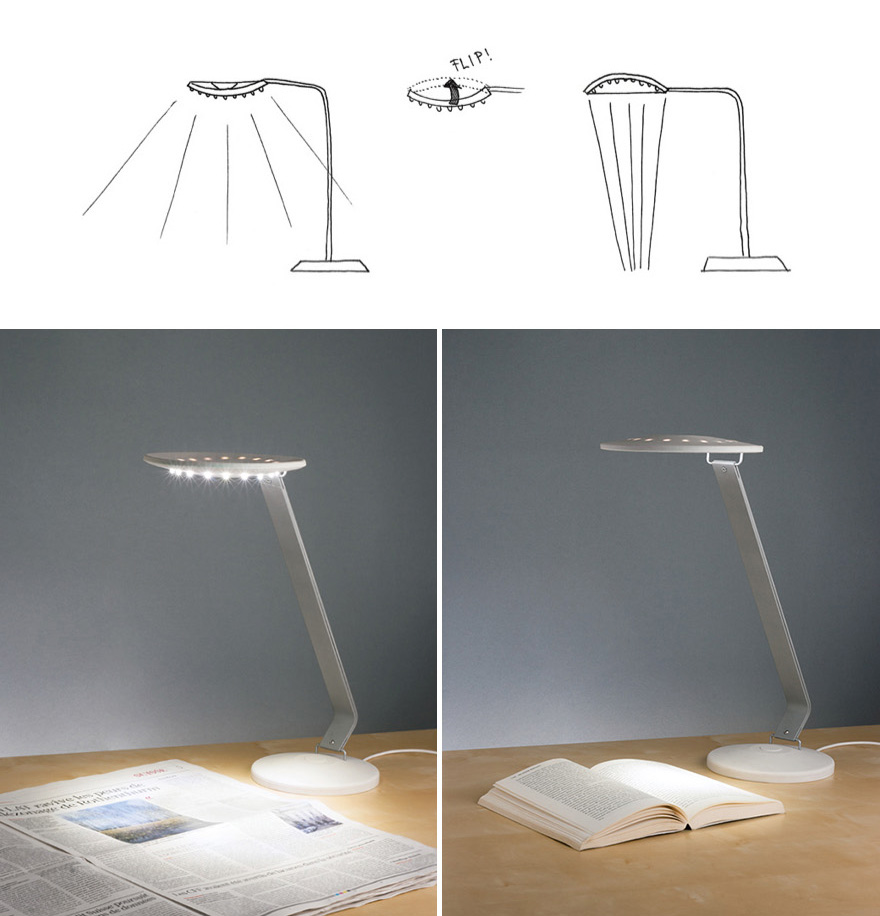 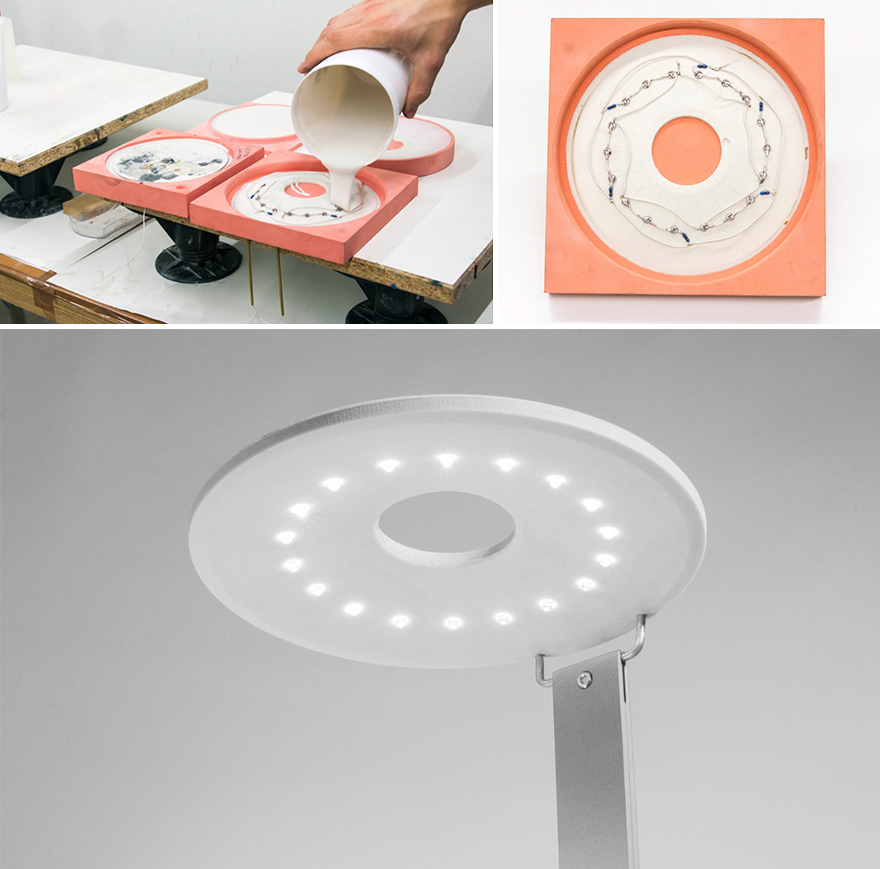 With his Bio Composite project (done the same semester as the Inversilight and Stack, no less) Yamamoto went even further, creating his own new material out of indigenous resources. After realizing that Swiss soil contains good loam--roughly equal proportions of sand, silt and clay—Yamamoto combined it with jute fabric, rather like reinforcing concrete with rebar. After tinkering with the "recipe," pressing it in molds and letting it air-dry, Yamamoto struck upon a winning mixture. "I was surprised at the strength of the final material," he writes. In addition, the stuff "is very cheap, easy to make, accessible to everyone, ecological and very resilient." 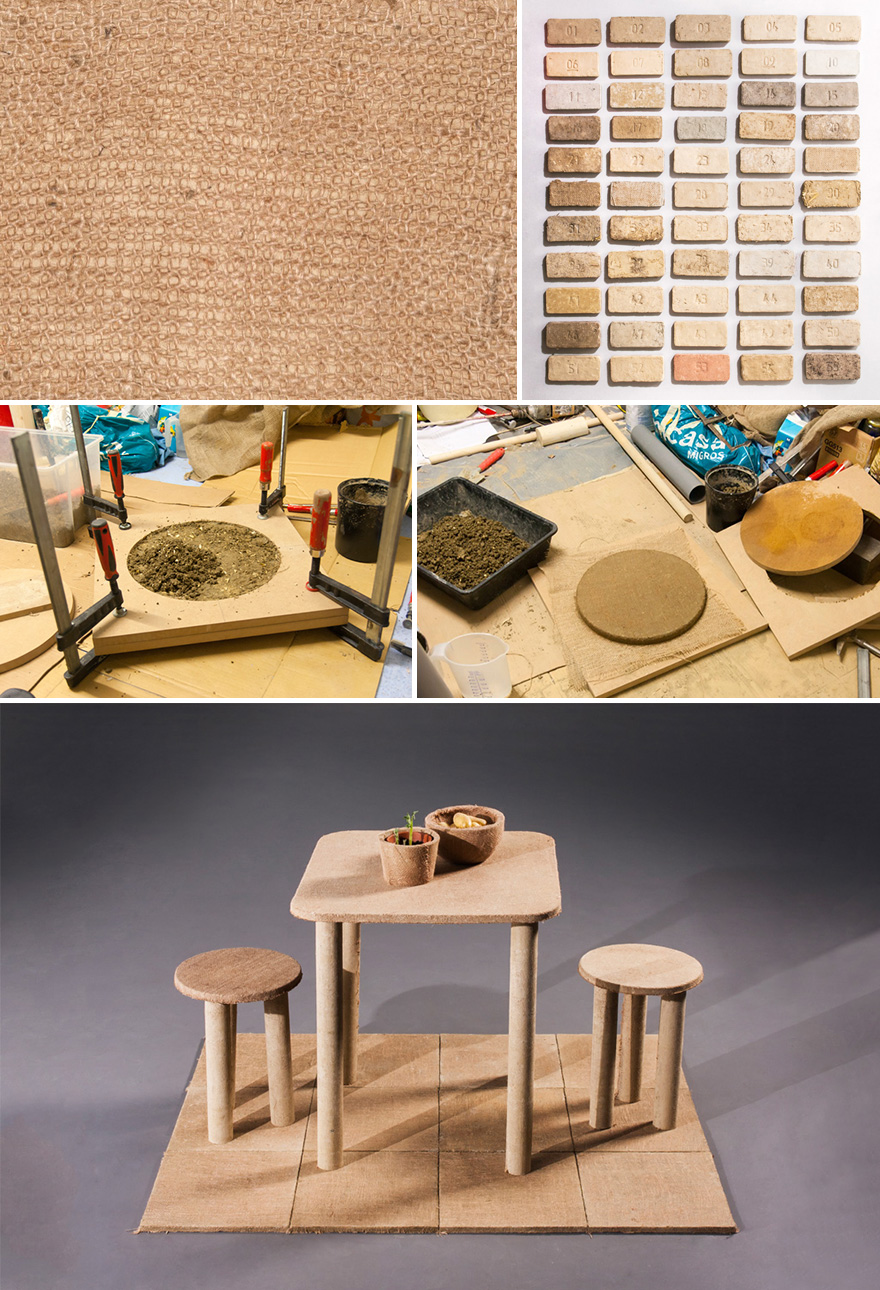 Going back earlier in Yamamoto's student career, we discover a project he worked on in collaboration with an institute for the mentally disabled. "The idea was to create an alarm clock for disabled people who are independent enough to manage their daily life, but cannot read letters and numbers." His resultant solution, the Wind Up Timer, is an alarm clock with a visual and physical representation of time: A window-shade-like surface is pulled down until a particular icon is revealed, and over a period of time, the shade slowly winds shut until the alarm is tripped. 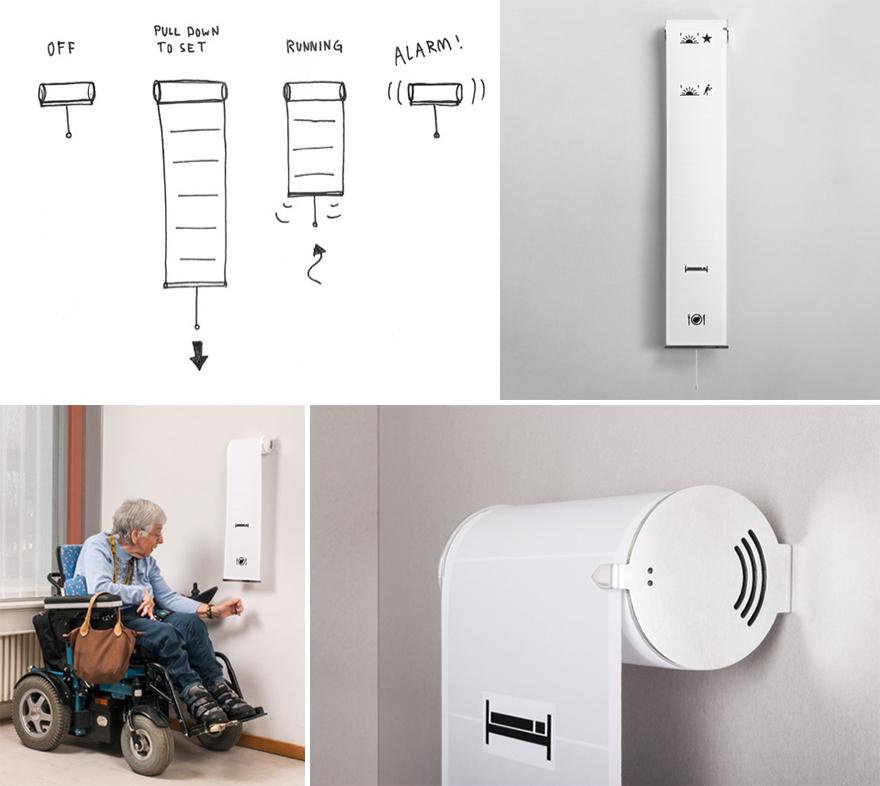 Even Yamamoto's first-year work showed promise. His Petit Tinguely sprung from a Freshman assignment to create a machine that would move ping-pong balls, and it's as mesmerizing as any executive desk toy:

Dive into the rest of Yamamoto's book here.