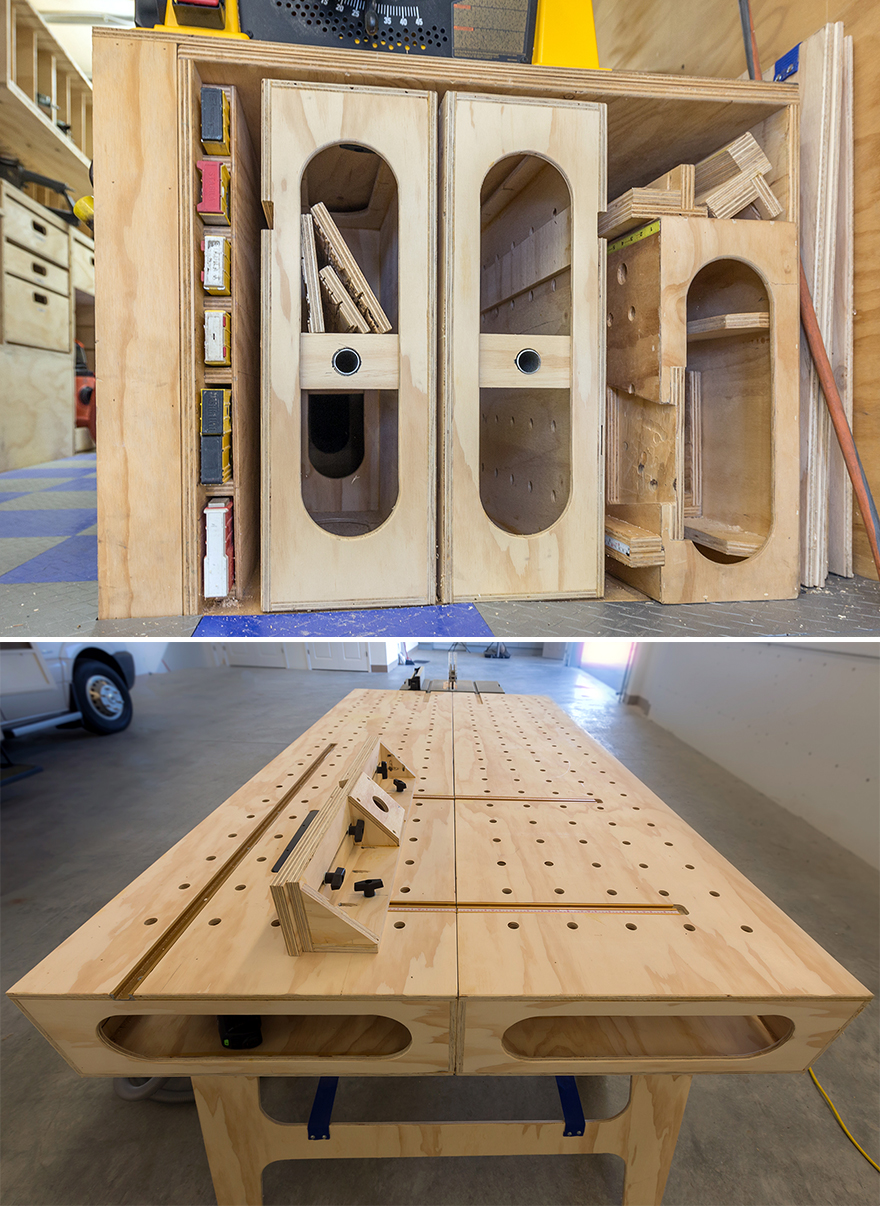 Homebuilder and self-taught designer Ron Paulk had a problem: He needed a large-surface workbench--which is generally no problem for those of you with geographically-fixed workspaces--but he needed it to be portable, so that he could tote it to jobsites in his Mobile Woodshop. He also needed it to be incredibly sturdy. Dissatisfied with the design shortcomings of commercially-available workbenches, Ron analyzed exactly what his specific needs were, then set about designing his own.

Currently in its second generation, plans for the Paulk Workbench are available for sale online for a reasonable ten bucks; I myself purchased a set as soon as I saw the demonstration video, which we'll embed down below.

The demo video will show you the various features of the bench design, but before we get to that, we scored an interview with Ron on how and why he designed the bench the way he did:

Below is the aforementioned demo video:

The Paulk Workbench has become an unexpected sort of design hit for Ron. While he initially had no plans to commercialize his design, fate and YouTube stepped in. Hit the link below for that story.