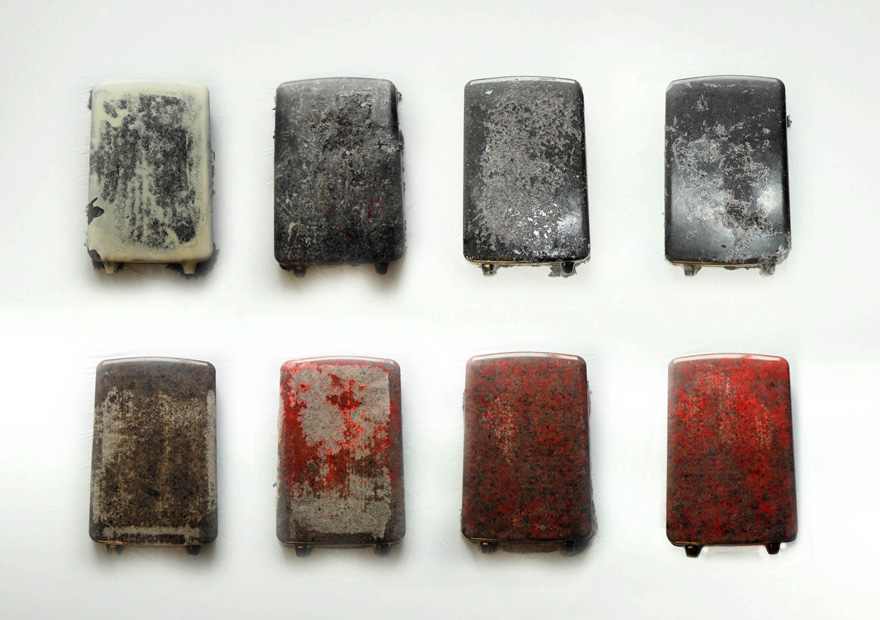 Daniel McLaughlin's final project for London's Royal College of Art, where he graduated with a master's in innovation design engineering last spring, is a tribute both to his home country of New Zealand and to the good old-fashioned process of trial and error. McLaughlin embarked on the project without any real idea of what kind of product he was trying to make; his one starting point was that he wanted to find a way to utilize waste produced by New Zealand's wool industry, one of the cornerstones of the country's economy.

But what kind of product could he make out of wool waste? McLaughlin tried dunking the material in oil (to observe its natural hydroscopy); lighting it on fire (to watch it self-extinguish); and mixing it with wood glue and polyurethane resins to create rigid felt panels. The latter experiments were promising—what if, McLaughlin wondered, he could make the wool not just rigid but structural?—but they were obviously not environmentally friendly.

And the logical product for this wool-resin hybrid? Throughout the development process, McLaughlin solicited ideas for potential applications. After considering dozens of suggestions, ranging from biodegradable coffins to military-vehicle linings, the humble suitcase emerged the clear winner. McLaughlin found during his research that the luggage industry is huge; by 2015, it's expected to pull in $31 billion. Not only that, McLaughlin says, but "There were no real design standards; you can make a suitcase out of papier-mâché if you want. And there was nothing recyclable in the hard-shell market."

To turn carpet waste into a travel companion, McLaughlin followed a process similar to the one used for molding fiberglass into boat hulls and bathtubs. He starts with scraps from carpet manufacturing. "The carpet waste is needle punched—or carded, like an industrial felt," he says. McLaughlin takes the felt, wets it with resin and lays it in the suitcase mold on top of a resin-gel coating, which is added to maintain a smooth finish on the exterior of the suitcase shell. The male side of the mold applies pressure to the layer of material. Once the bio-wool is set, McLaughlin releases the mold and pops out the shell with pressurized air. Then the parts are trimmed to size and fitted. 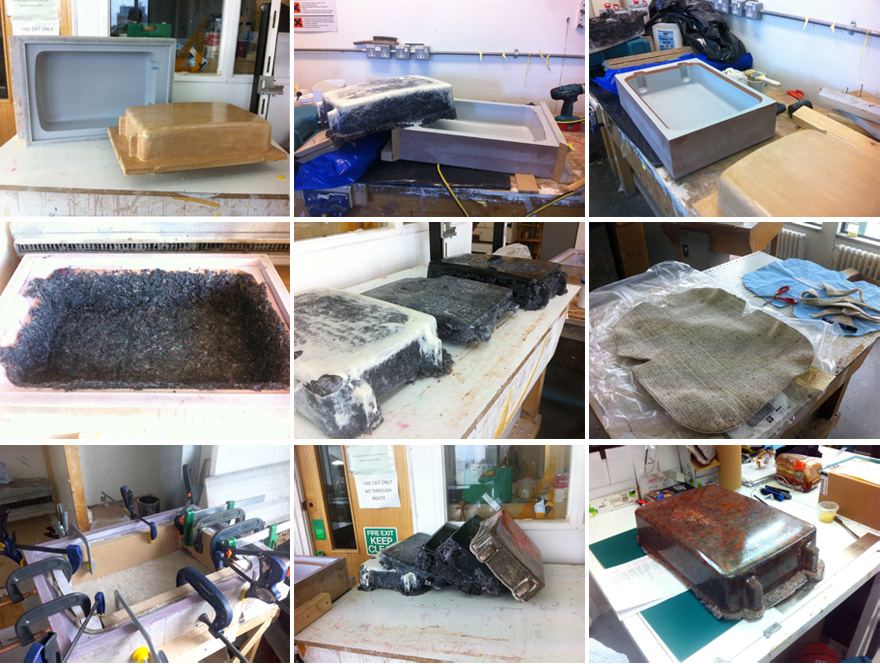 Snapshots from the molding process 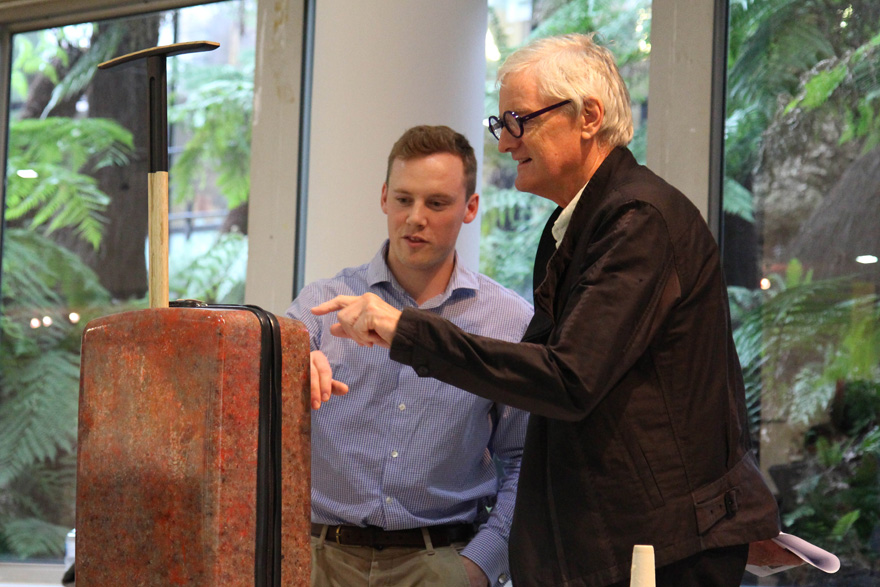 Because suitcases need to stand up to rough handling, McLaughlin ran strips of his bio-wool through tensile modulus tests and, with computer models, graded its integrity after simulated drops. The models suggested that his hard-shell case was sturdy enough to withstand a five-foot fall.

His project, which he's named Terracase, was presented in June, and during the process McLaughlin has gotten a lot of good feedback—along with a James Dyson Award for £5,000 (or about $7,750), which he used to help fund the project. Later this year McLaughlin will present his luggage to several parties, including representatives of a New Zealand trade group that helped him source the waste wool for his project. He's not too worried about the Terracase's reception. According to McLaughlin, New Zealanders are crazy for anything that has to do with rugby, yachting or wool.