This is the second of two posts on the INDEX: Design to Improve Life 2013 Awards program. See the previous post on the 59 Finalists here.

This past Thursday, we had the opportunity to attend the announcement of the winners of the INDEX Awards, recognizing "Design to Improve Life." Once again, the esteemed jury of the INDEX awards selected five winners (from the 59 finalists) to receive prizes of €100,000 each, albeit with a different tack than in previous years. Not only did the organization introduce a new 'telecast' format for the fifth edition of the biennial event, but they held the festivities in a handful seaside venues in Elsinore, Denmark, about 45km north of Copenhagen for the first time. Following a VIP cocktail reception at the Kronborg castle, historic site of Shakespeare's Hamlet (where one speaker attempted an ill-advised riff on "To be or not to be"), attendees took their seats at the adjacent Culture Yard for the live announcement. The massive, hangar-like space was a Siemens factory as recently as three months ago, and the raw space offered a nice contrast to the slick movie set feel of the production itself. All told, the fast-paced and tightly-scripted presentation was a welcome change from the plodding ceremonies of the past, and the threat of rain cleared up for the warm reception afterward. 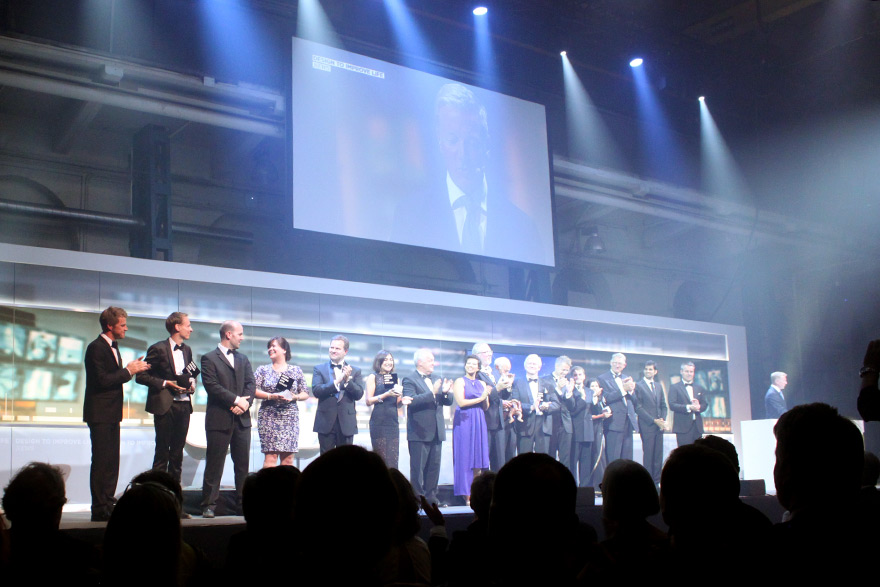 The winning entries themselves are stronger than ever, not least for the fact that several of them have already made an appreciable impact in the real world, demonstrating the potential of design to improve life. Drum roll please... 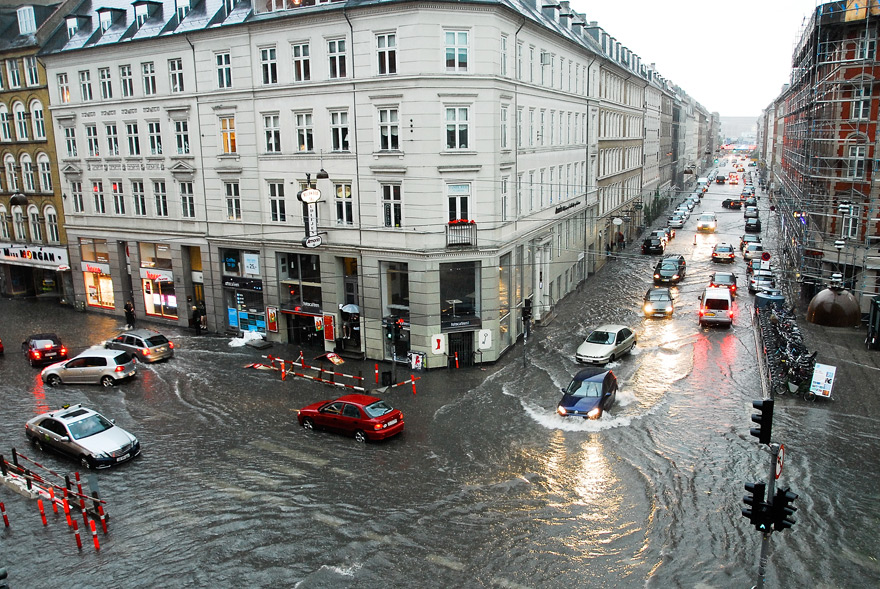 Along with execs from the INDEX Awards, Lord Mayor Frank Jensen made a few introductory remarks at the press conference, welcoming us to the lovely city of Copenhagen, only to return to the stage just a few moments later to accept one of the top prizes for the Copenhagen Adaptation Plan. Although the city has been considering plans to explore new models of urbanism for over a decade now, the crippling floods of 2011 sparked a renewed effort to create the city of the future.

And while the fact that the city is host to the awards—founded as a private initiative, INDEX now has government support—the Copenhagen Adaptation Plan is impressive both for its scope and the fact that it's on track to meet ambitious deadlines within the next few years and decades. 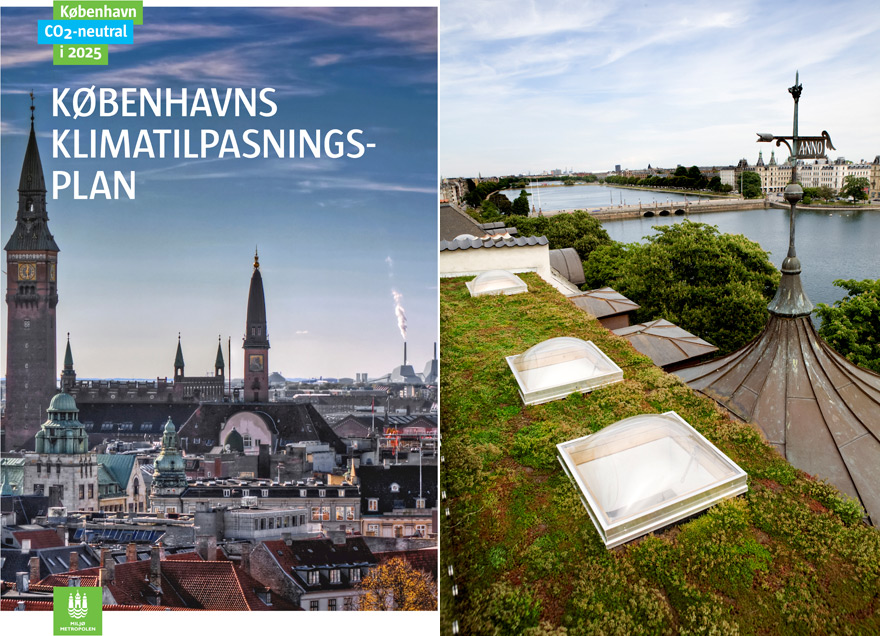 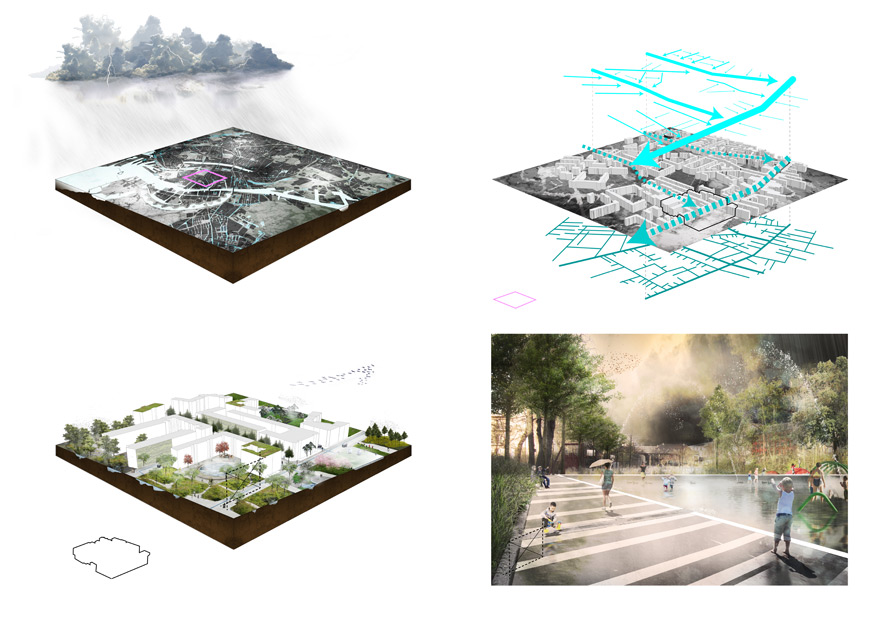 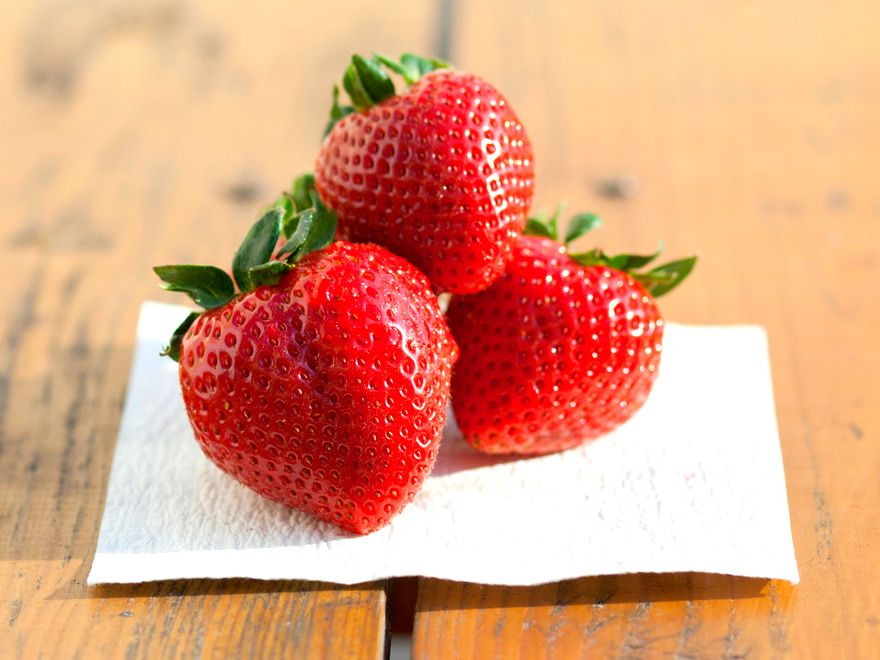 As the story goes, Freshpaper founder Kavita Shukla took up the cause of reducing food spoilage by adapting a traditional herbal remedy that her grandmother had given her as a child during a visit to India. By literally putting it on paper, Shukla developed a product that extends the shelf life of fruits and vegetables by two to four times. Billed as "a dryer sheet for produce," Freshpaper, which is available now, can both be incorporated with produce packaging and sold as individual sheets for consumer use.And in keeping with their green mission, Fenugreen (the company Shukla started to produce Freshpaper) also donates one pack of the product for each one that they sell. 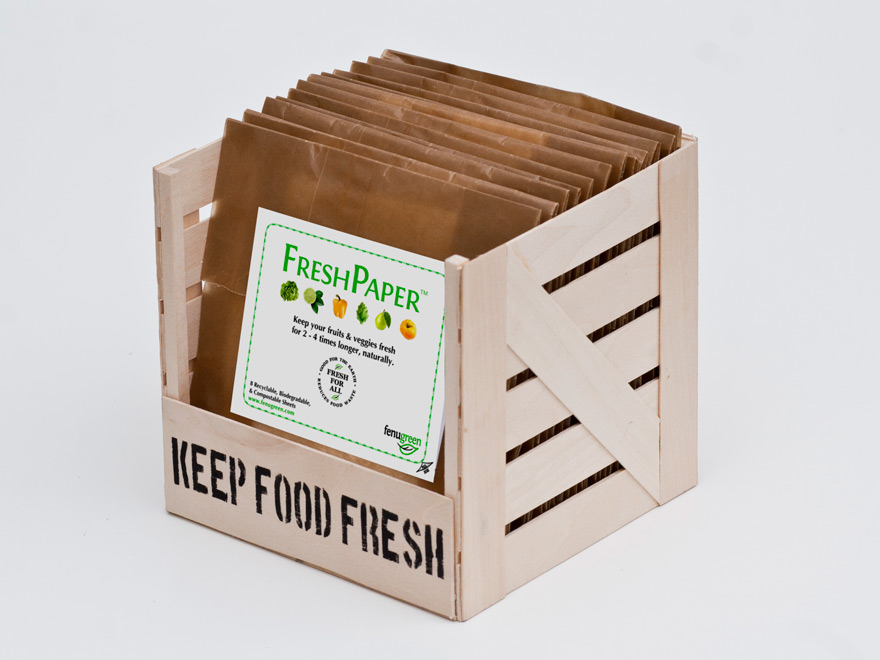 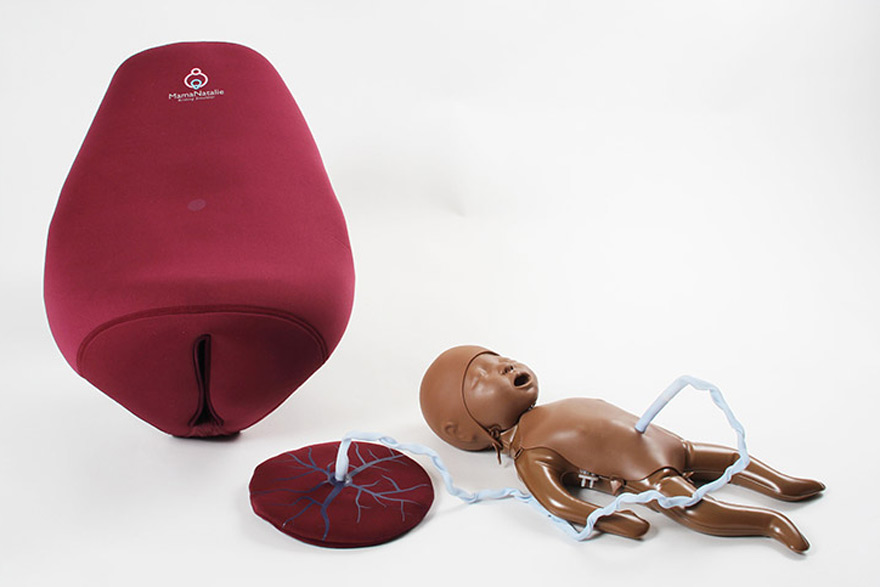 Neo-Natalie (Natalie for short) is a training mannequin of a newborn infant, designed expressly to prevent the 4,000 -related deaths—according to the UN, 3,000 infants and 1,000 mothers die to asphyxia every day. She comes with a neoprene womb and peripherals that augment the verisimilitude of the birthing process. (I later learned that Laerdal Global Health, a medical device manufacturer, is a household name in Norway, best known for producing CPR training dummies.)

In addition to the live demo, in which a 'pregnant' audience member 'delivered' a baby during the press conference, Toer Laerdal showed off the packaging, a surprisingly small box that looked something like a software bundle one might pick up at the Apple Store. It turns out that Natalie is actually a rubber bladder—in a doll's body, as it were—that feels like an actually newborn when filled with water. She also comes with a cap on her head, exactly as it should be put on a newborn at birth. 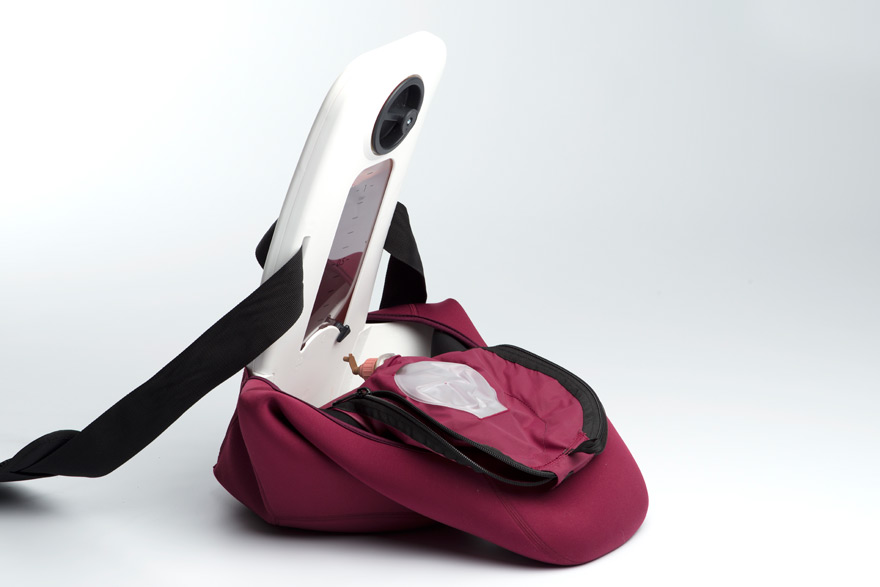 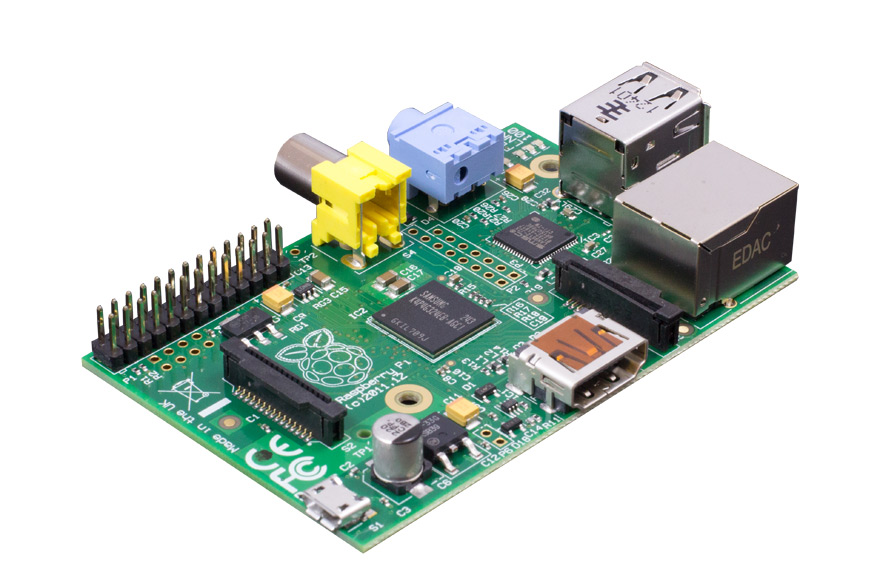 Frankly, I'm surprised we haven't shown more love to the Raspberry Pi: it's been a proverbial blip on the radar since they first turned up in 2011, and they have sold 1.5 million of them worldwide since debuting in 2012. Co-founder Eben Upton cited a precipitous decline in applicants to the engineering department at the University of Cambridge—down 50% between 1995 and 2005—as the incentive to develop the $25 credit-card-sized computer. And although the cost is intended to be the same as a textbook, Upton said that they've also had a huge response from developers and hobbyists looking for a grown-up toy.

As in years past, Raspberry Pi will be at World Maker Faire in New York this fall; Upton hinted at a major new release for the occasion (he also noted that Cambridge is as worthy of a "Silicon" moniker as either of the bicoastal areas in the States). 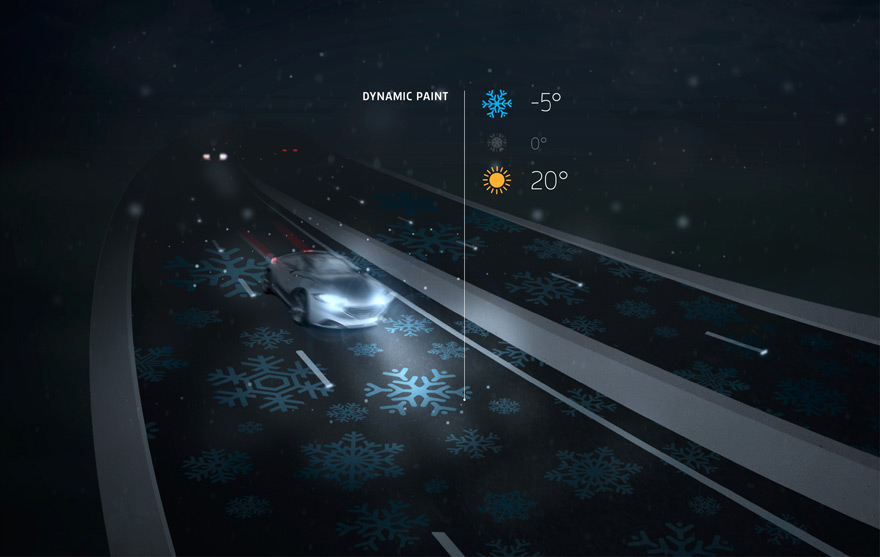 Last but certainly not least, Studio Roosegaarde's previously-seen highway marking system has duly captured the imagination of influential design thinkers and the general public alike, taking the CNN Voter's Choice award in addition to the cash purse. His futuristic "glow-in-the-dark" roads previously won the Smart Highway won the "Best Future Concept" award at Dutch Design Week, but it turns out the future is upon us: Roosegaarde was pleased to announce that they're launching a pilot program in his native Holland by the end of the year, with plans to implement the system throughout Europe and Asia next year.

For his part, Roosegaarde doesn't care to be designated a 'designer' or 'artist,' wryly delighting in the Times' characterization of him as a "hippie with a business plan"; rather, he looks to "merge imagination with innovation." He marvels at the scale of such this operation: Although building and maintaining constitutes as massive an undertaking as any major public project, infrastructure is not regarded as an area of interest for design (Hyperloop notwithstanding). Considering that they are a manmade part of our environment that plays a huge role in our lives, the streets could stand to look a lot nicer. 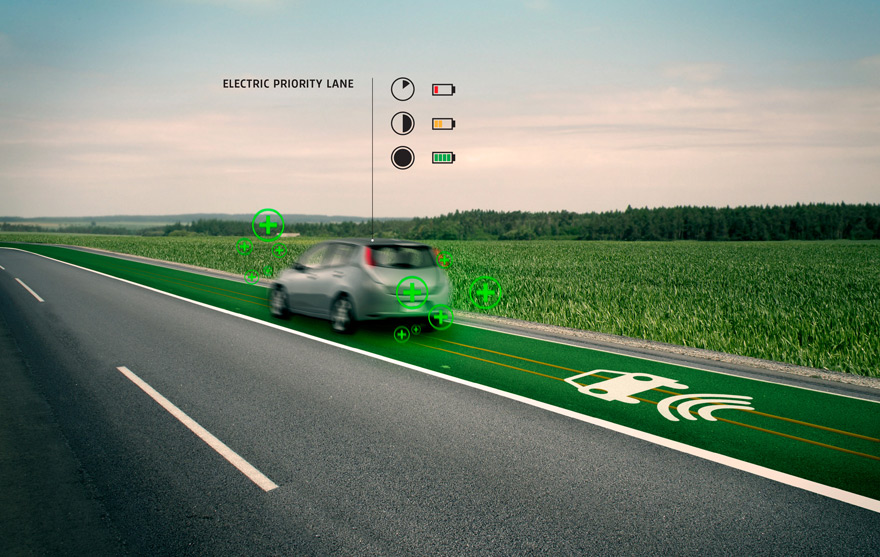 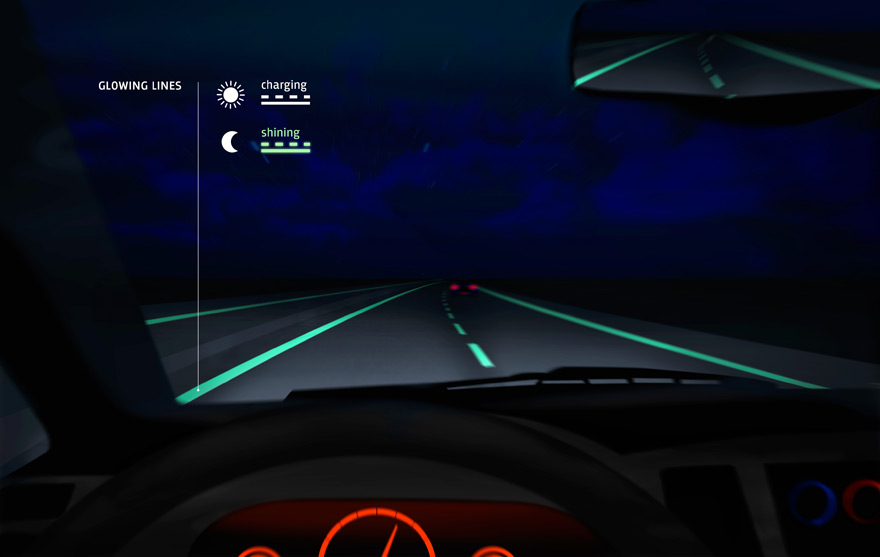 That does it for this year's winners; check out the INDEX Awards website for more details on each one, as well as the rest of the finalists. If you're curious about the event itself, INDEX has recently posted the full 'telecast' of the awards ceremony, featuring a survey of the finalists and the live winner announcement, as well as special guests such as jury member Paola Antonelli and architect Bjarke Ingels.