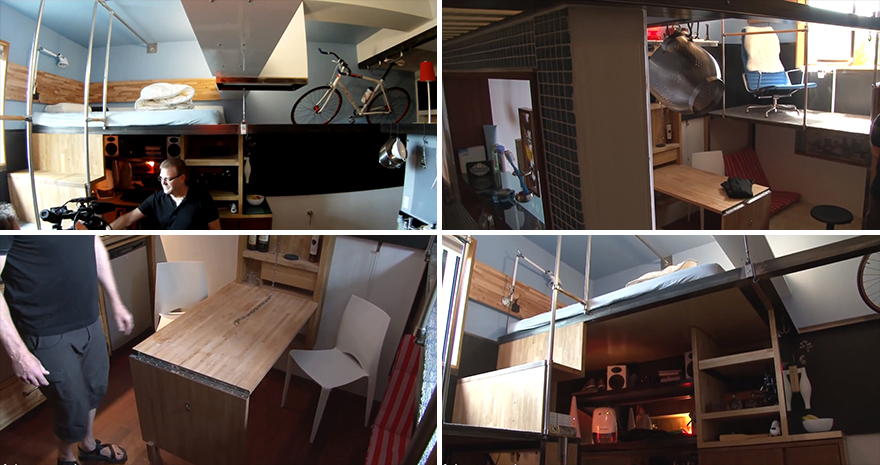 This is one of the more fascinating experiments in small-space living that we've ever seen. Seattle-based engineer Steve Sauer wanted to see if he could turn a 182-square-foot storage unit with a single window into a liveable space, and he then decided to build it himself. Not only do we feel he's succeeded admirably, we're not sure which we admire more: Sauer's incredibly creative use of multi-level space, his unwillingness to compromise on materials, his self-machined plumbing, his IKEA-hacked surfaces... the list goes on.

The design of this space and its various features would be impossible to explain through still photographs, so thankfully there's video. Check out how bike-nut Sauer fit multiple bikes inside, peep his in-floor soaking tub, the ingenious kitchen-bin shower cubbies, and the bike shift lever in the showerhead mount. Sauer earns his living designing aircraft interiors for Boeing, but we wish he'd spend more time designing spaces down here on the ground.