Janne Parviainen's Light Paintings: Like Contour Drawings Done with an LED and a Camera 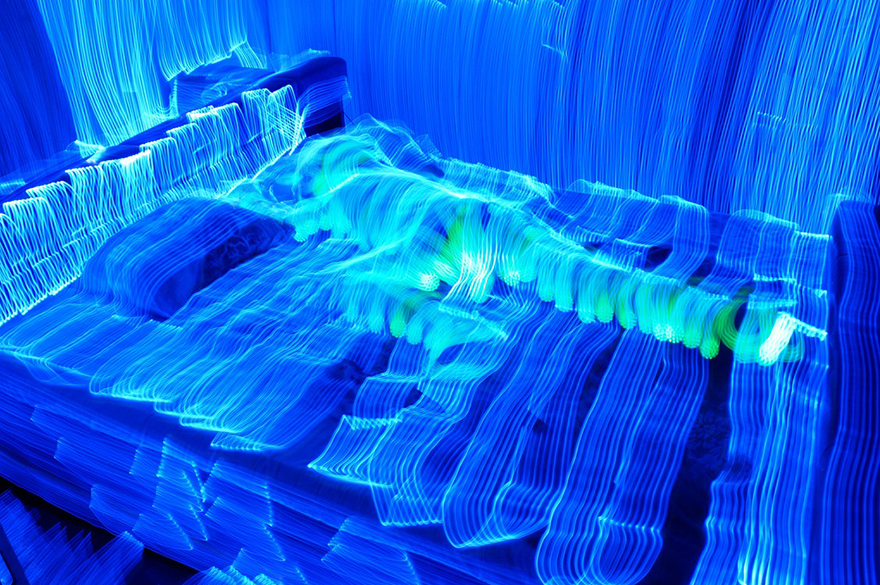 Is tracing cheating? Not when you're innovative photographer Janne Parviainen, who "had this mad idea of tracing entire rooms with one LED" while leaving the camera shutter open. The Helsinki-based artist's ghostly recordings resemble a sort of low-res, organically imperfect laser scan of spaces and the people who inhabit them. They also bring to mind the contour drawings that art students grind out during Foundation. 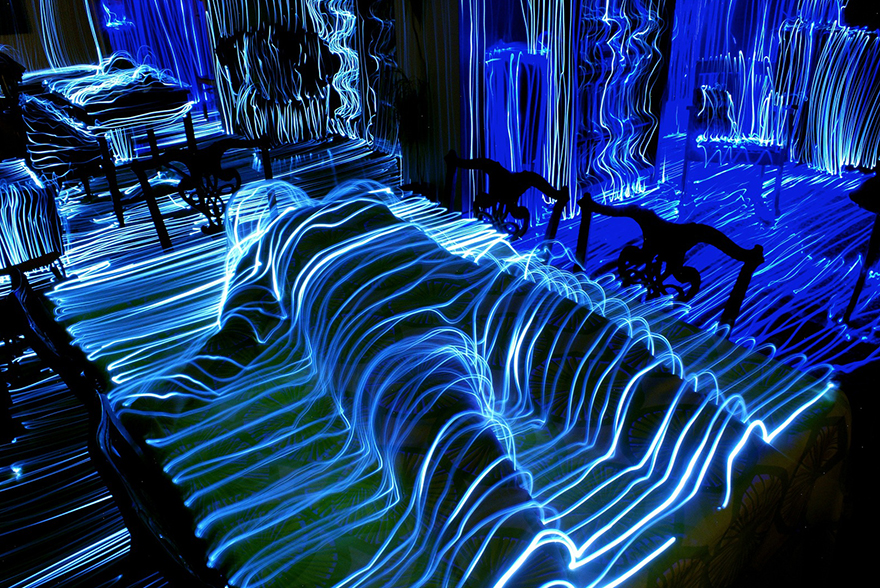 No post-processing is used; Parviainen simply calculates his settings, opens the shutter, then spends "a few seconds to hours, depending" tracing a room with his LED to create images straight from the camera lens. 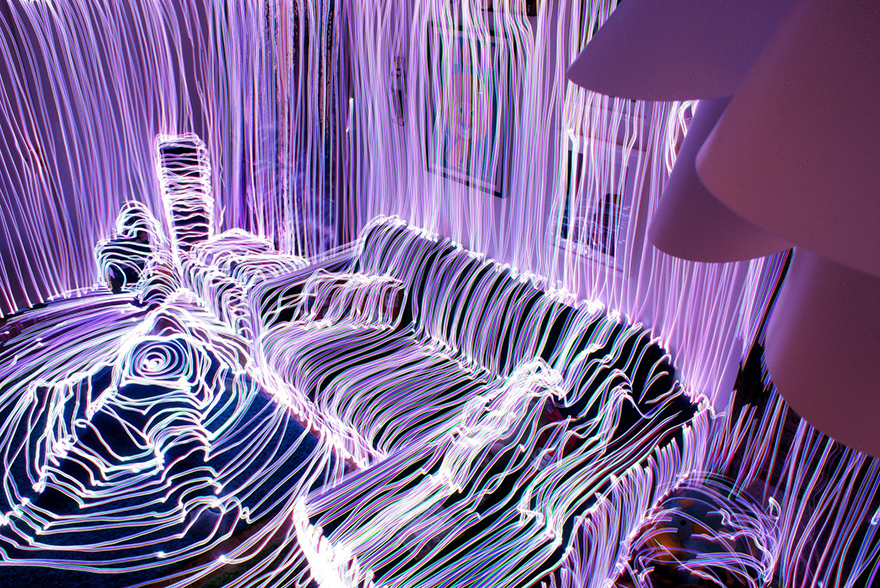 While Parviainen started off monochrome, his multicolored LED shots are equally captivating. 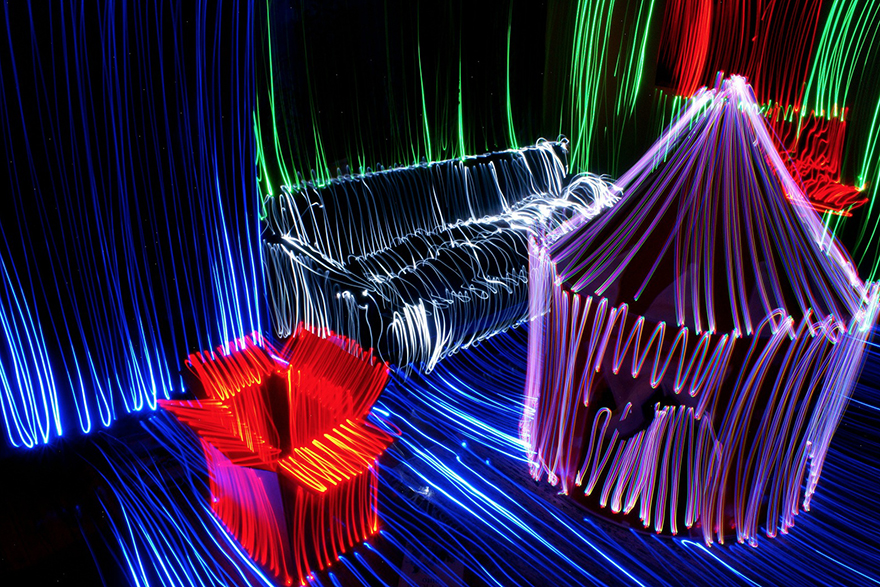 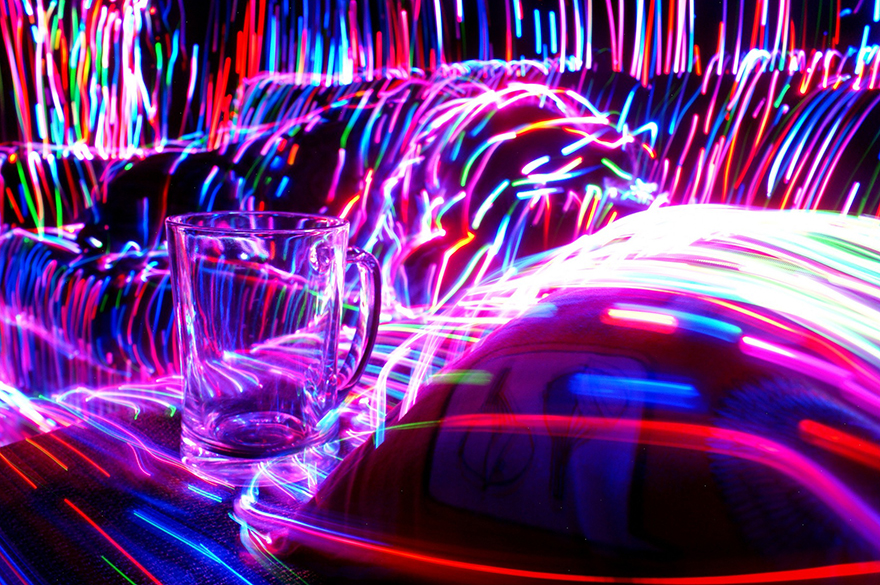 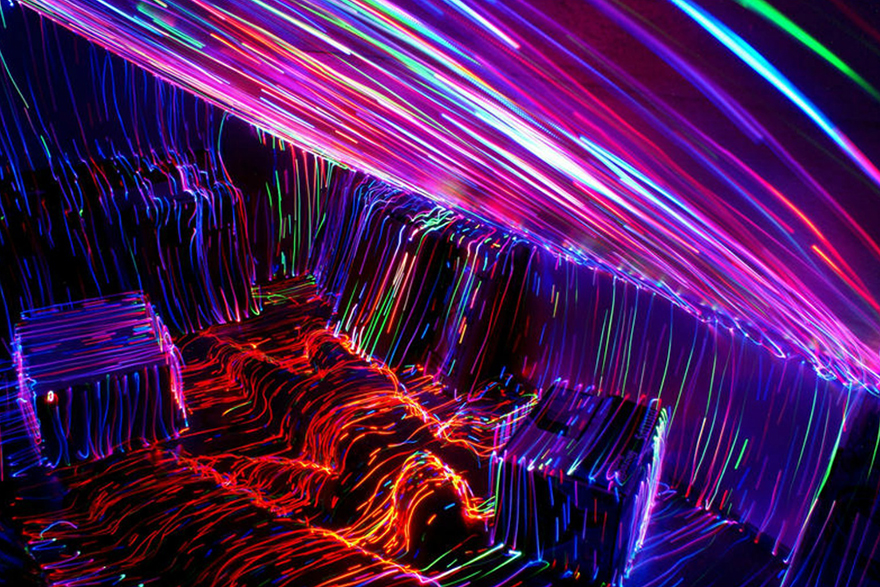 Unsurprisingly, the photographer's Flickr sets have generated plenty of blog love, and earlier this year, after being featured in Nat Geo, Parviainen began making 100-page books of his work available. 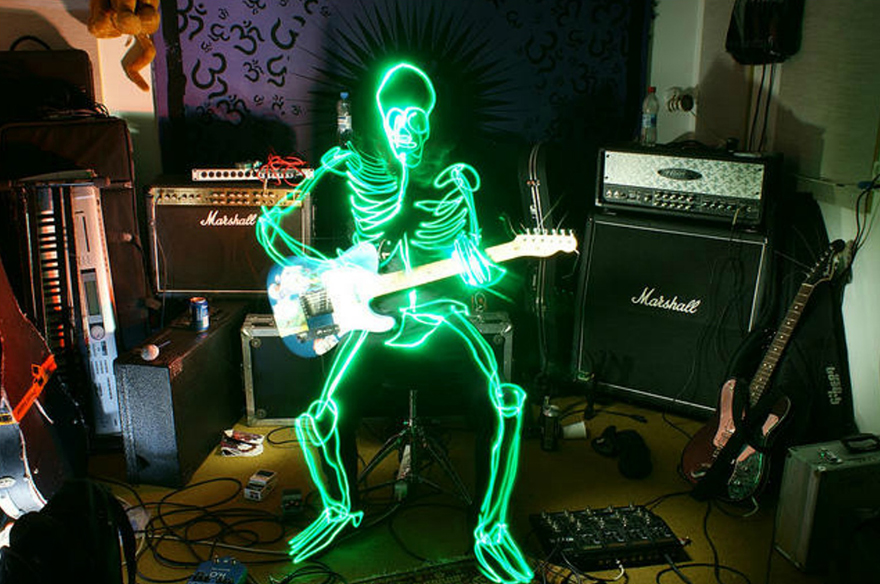 What interests me most in light painting is the ability to draw in three dimensional space and the possibility to alter the reality without post processing programs. I like to use in my photos different kind [sic] of figure such as skeletons and ghostly light creatures. By using these figures I can add more human stories into my photos and alter the culutural learned feelings they cause in the viewer of the photo. I especially like to use the skeleton figure because of its strong pre-learned emotional concept and place it in totally different situations and emotional stages than in which it's usually seen in popular culture.

Janne Parviainen's Light Paintings: Like Contour Drawings Done with an LED and a Camera