Barefoot Brainwaves - Nike Presents 'Nature Amplified: The Art & Science of Feeling,' an Interactive Experience in NYC This Weekend Only 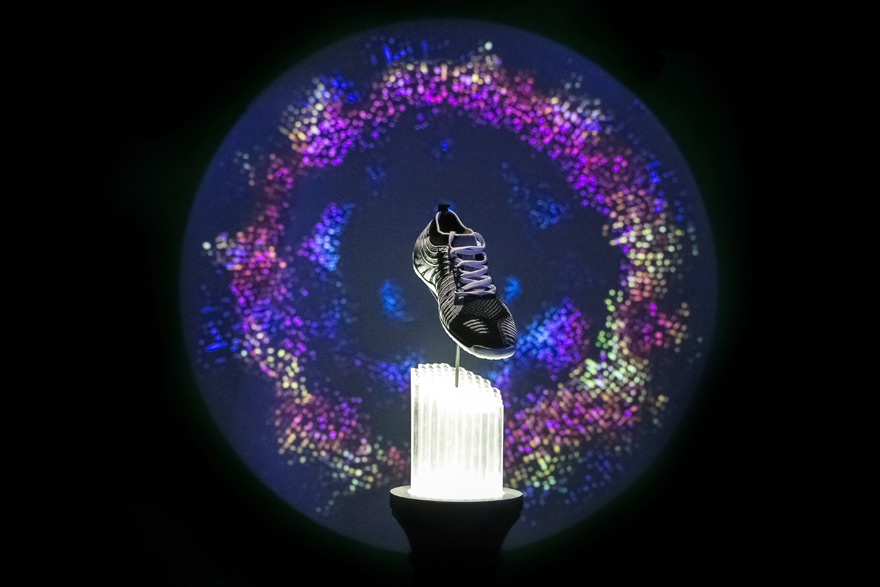 The emerging field of biometrics, a.k.a. the Quantified Self, is giving 3D printing a run for the money as a contender for the next big thing in consumer electronics. Just as the former is a subcategory of digital fabrication, so too do wearable technologies represent the anthropomorphic side of augmented reality and the burgeoning Internet of Things. We've seen a couple variations on consumer-friendly brainwave-meters of late—the Kickstarted Melon and craft-meets-tech Knitic come to mind, as does the conceptual Bio Circuit vest—but given the backlash to Google Glass, the most visible wearable (pun intended), we're still a ways off from mass adoption. 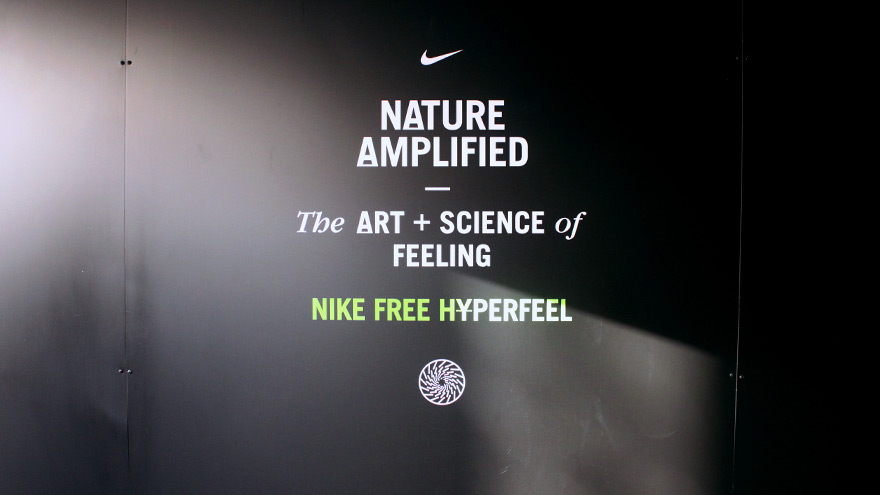 Even so, I was excited to have the opportunity to experience brainwave biometry firsthand at a pop-up installation in Manhattan's Meatpacking District. Billed as "The Art & Science of Feeling," Nike has put their formidable marketing budget into a remarkably cerebral launch event for the new Hyperfeel shoe; the immersive art installation, housed inside a mysterious black box, is open to the public for one weekend only, through Sunday, September 8 (NB: Guests must make reservations in advance). Yes, the sportswear innovators are in the business of selling shoes—there is, in fact, a limited-edition colorway exclusively available at pop-up shop—but you wouldn't know it as you remove your own footwear and are outfitted with a curious-looking headset. No Glass-shame here: every participant signs a waiver before gearing up and setting out into the unknown. 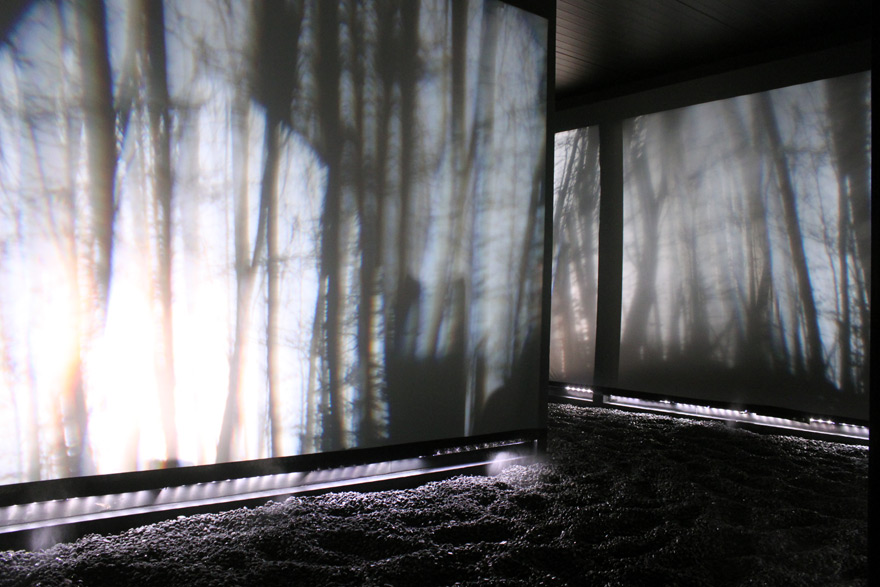 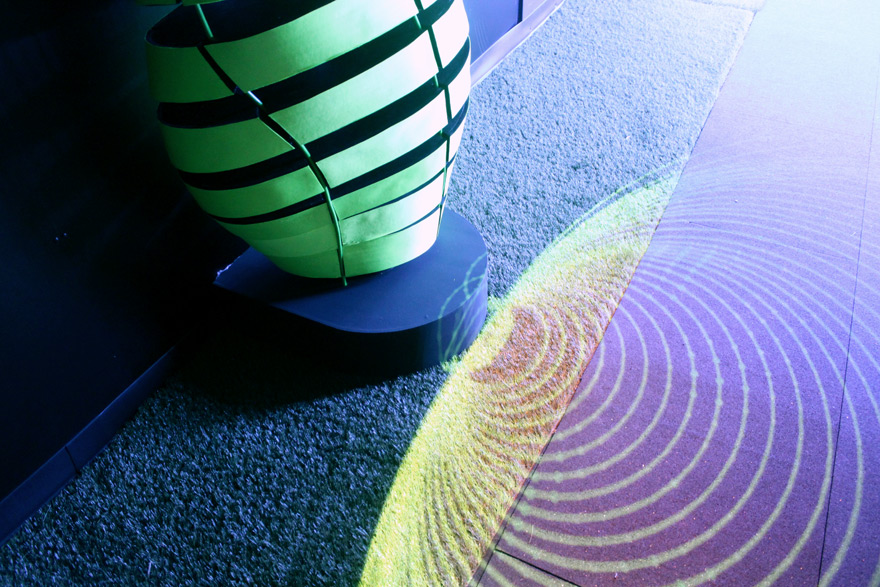 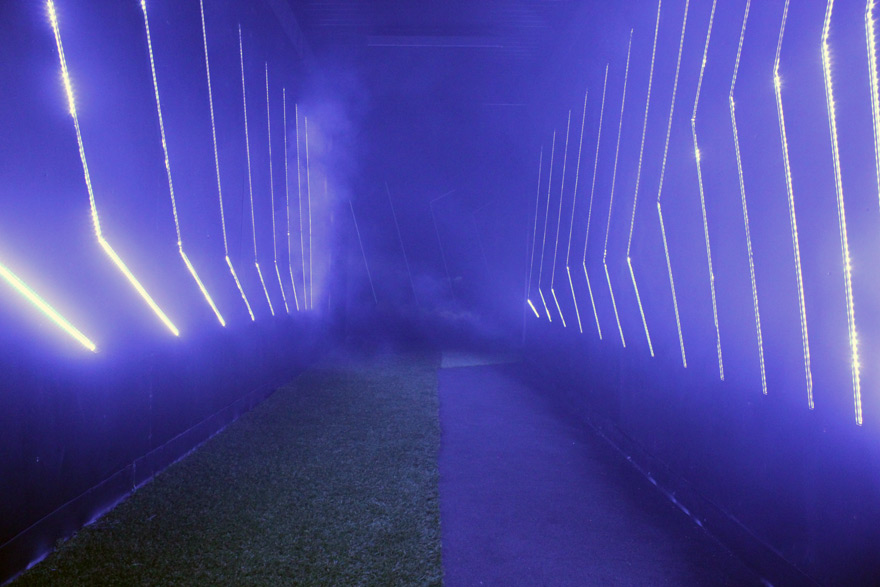 Nike invited new media maestro Aramique Krauthamer to design and develop the bespoke apparatus and app; he personally clipped one terminal to my earlobe and pressed the other to my forehead, waiting for the device to pair with an iPod Touch via Bluetooth. After some technical difficulties, I was jacked in (so to speak), as Krauthamer scrolled to a screen with a list of about a dozen rapidly-changing quanitities, in standard Greek notation, that represented my Self. I was then encouraged to navigate the darkened corridors of the space at my leisure, traversing different zones of terrain—stones, sand and grass—while the app recorded my neural activity.

As a first-time subject, I wasn't sure what to expect, and the fluctuating readouts (are higher numbers better or worse?) were captivating despite their sheer opacity. I recommend wearing the optional earbuds, which make for an appreciably more immersive experience, though as one might expect, the low rumble of aural feedback is even more abstracted from one's thoughts. 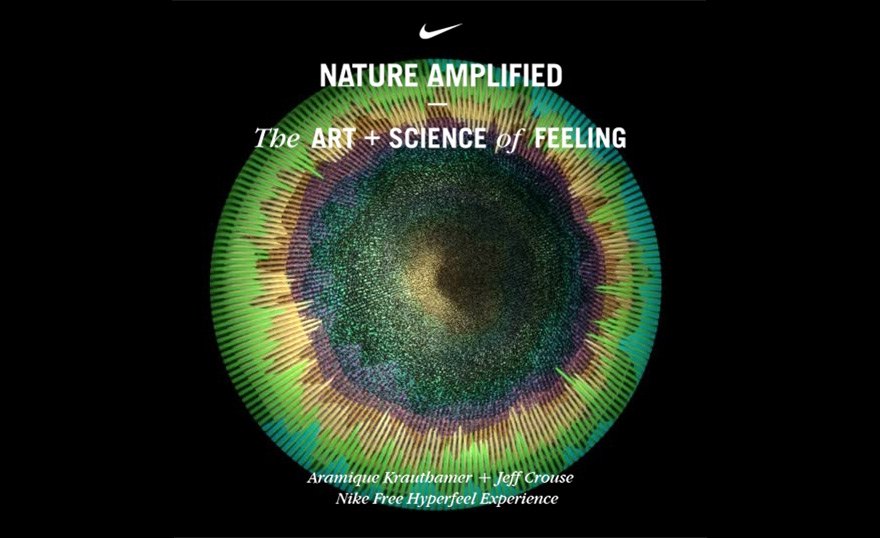 It also crossed my mind that it might be an interesting to analyze the aggregated data to isolate a cognitive indicator that might identify subjects who had never experienced biometric feedback before. On the contrary, the quantities remain largely unfathomable: the end result is a dazzling yet abstracted infographic, animated across the circumference of a large display at the end of the walkthrough (the output is also posted online and e-mailed to each participant). Aggregated readouts from visitors are overlaid in concentric rings, but the radiating wormhole of data points only underscores the desire to actually make sense of the pulsating, polychromatic patterns. 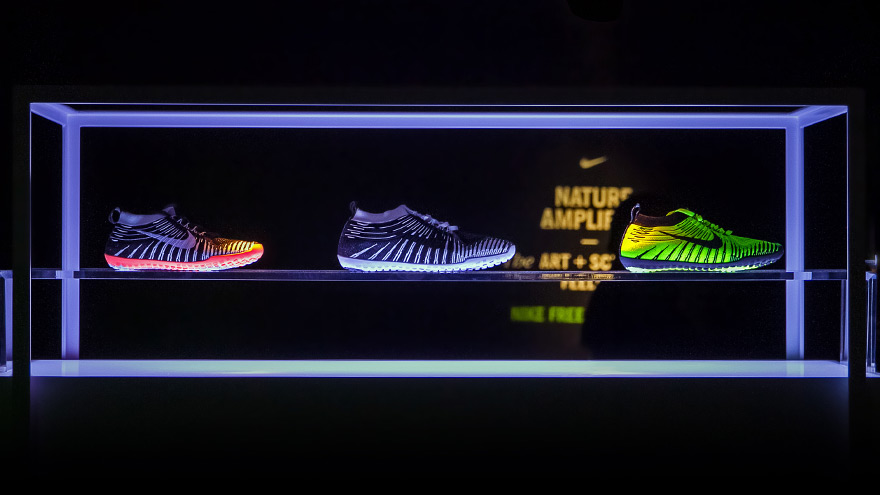 I can't say that the experience made me want to buy a pair of Hyperfeels (though I must say the shoe is a thing of beauty in itself), but it's certainly an engaging experiment in elevating data visualization to abstract art. But give it a few years and maybe, just maybe, they'll be able to translate your experience of walking through a space into customizable footwear. 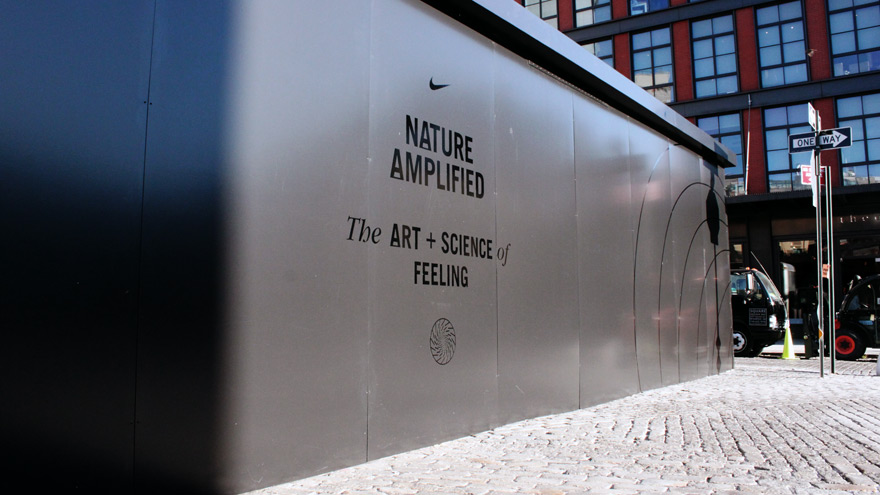 The Nike Free Hyperfeel Experience is located at Gansevoort Plaza, at the intersection of Gansevoort St. & Hudson St. There are still several spots open on Saturday and Sunday as of press time. Register at http://natureamplifiednyc.com.

Barefoot Brainwaves - Nike Presents 'Nature Amplified: The Art & Science of Feeling,' an Interactive Experience in NYC This Weekend Only