Casey Neistat Basically Puts Every Other Filmmaker to Shame 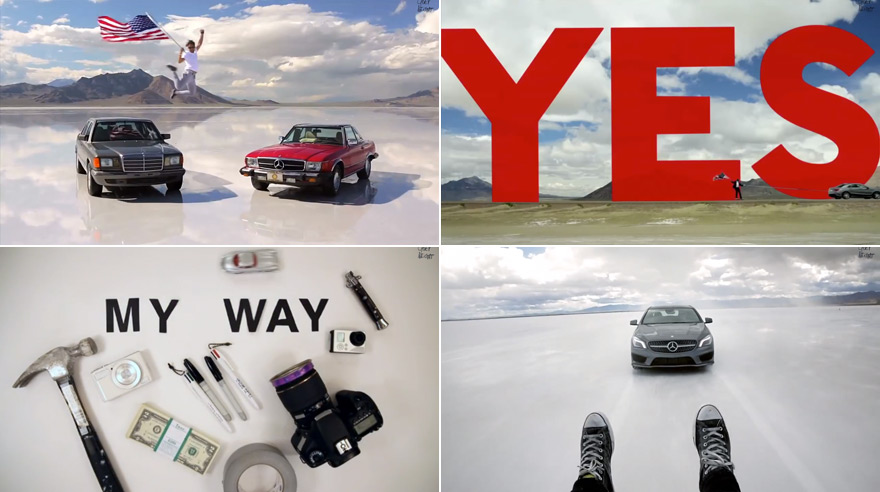 Just about anyone can probably come up something cool to do and a most of us can probably actually do some of those cool things. A select few of you (I'm not counting myself this time around) are also able to document those things with photo and video and present them in a way that's more compelling than your average Instagram or Vine, and possibly make a buck or two doing so. NYC-based artist and filmmaker Casey Neistat happens to be able to do all of the above extremely well, and, after years of putting together wild, wacky and otherwise out-of-left-field short films, someone at Mercedes-Benz took notice. That's right: Casey Neistat made a car commercial. And it's awesome.

(For those of you who might retort that it's a contrived attempt at 'shaking up' a staid format—the car commercial—ask yourself this: would you not do the same thing? And would you even come close to the result?)

Granted, it's one thing make a car commercial and another thing to embed it in a Friday afternoon blogpost (credit also to the automakers themselves), so in the interest of highlighting the substance behind the ecstatically over-the-top finished product, Neistat has done us the favor of posting a three-part making-of doc, and it's as good as anything he's ever done... including the commercial. This, readers, is what storytelling is about.Part one sets the stage, in keeping with Neistat's signature slapdash yet tightly-edited style:

He takes a slightly different tack in part two, the research phase:

Part three is the actual shoot, and it's easily the slickest edit:

(For what it's worth, not once did I refer to the name of the car in this post. But rest assured you know its name.)

More Neistat: Gizmodo visited his Soho studio, check it out.

Casey Neistat Basically Puts Every Other Filmmaker to Shame