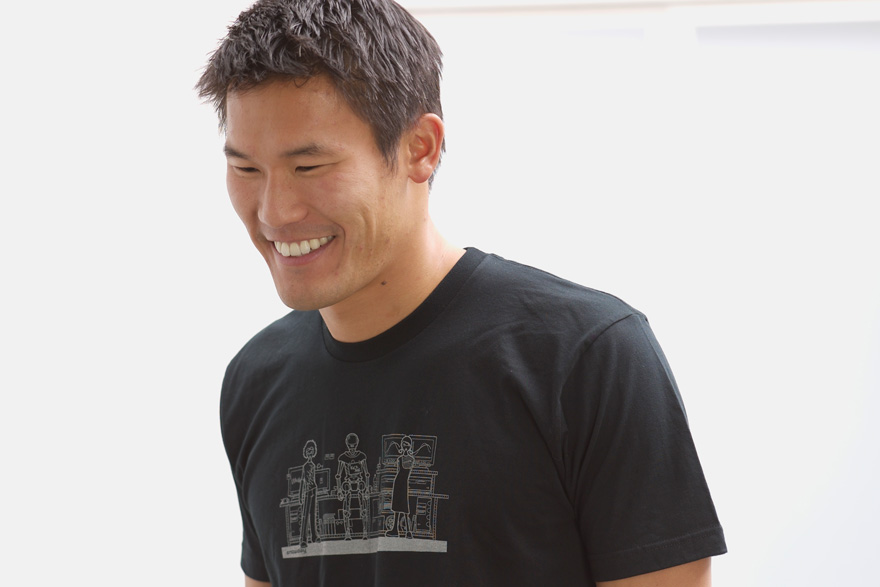 This is the fourth post in our interview series with ten influential I.D. curators, retailers and creative directors. Yesterday, we talked to MoMA's merchandising director, Emmanuel Plat.

Derek Chen credits his Midwestern upbringing with instilling a grounded design perspective. Favoring practicality over flash, Chen cares deeply about the heritage of American design. He founded Council in 2006, both as a creative outlet and a space to explore what defines modern American design. Growing from a loose cadre of designers into a respected manufacturer of contemporary furniture, Council's collections continue to evolve under Chen's careful direction. The San Francisco-based company boasts a strong roster of designers, including Arik Levy, Monica Förster, Nendo, Karim Rashid, Mike and Maaike, and One & Co.

I do what everybody does: I read the blogs, I walk shows and I talk to people. It's a pretty small industry. I think that everybody knows somebody who knows everybody, and there really aren't that many degrees of separation.

To be honest, I don't read that many blogs. I do read Core77, Dezeen. I also like to look outside of furniture. I think architecture is interesting. The more you look exactly at your target, which in my case would be furniture design, the narrower your view gets. So I've trained myself to look outside. I can't say I've found a fashion designer who's designing furniture for us, but I'm always interested to see what's happening elsewhere. There's a certain cultural space that design, music, cars, furniture and all these things inhabit that crosses over.

The people aspect of it is pretty important to me. It's one of those industries where the nice people generally float to the top. I don't know if people realize it, but they're building their resume by interacting with other people in the industry. Word gets around, in a good way. Just being friendly and nice is pretty productive. So the people I meet are generally people who know somebody; there always has to be some sort of a personal connection. I find design that I like and I want to see somebody is committed to design, but I also just want to know that they'll be good to work with. Generally speaking, it's not a matter of us getting a design and then making it. There's quite a lot of back-and-forth. And some people are fun to work with and some people aren't.

I think that as a collection, Council is evolving. It started out pretty tightly curated. A lot of the things we ended up producing were things I feel like I might have designed at some point. What I'm looking for now is stuff that would open my eyes a bit more—specifically, that I wouldn't do. At the very beginning we had what I've called a "new American" curatorial look, and I think that's still important. It's important for us as Americans to feel some sort of design identity. We're still in the stage of development where introducing this country to good design serves all of us. That doesn't necessarily mean we work with only American designers. It's time to cast the net a little wider.

There are a lot of designers who design things that I would never design myself. I would put Jamie Hayon in that category. I don't know quite how to describe it. He uses form and color in a way that I don't. I tend to be very reductive; I try to design everything down as close as possible to a very simple cube. He doesn't fear a little ornament; he doesn't fear form. He's got a completely different look, and I love that work. We don't work with him, I don't know him, I've never met him. But I've admired him from afar and his work is very different than stuff we've done. So I'm looking for the next different thing. I look for design that stretches me a little bit. 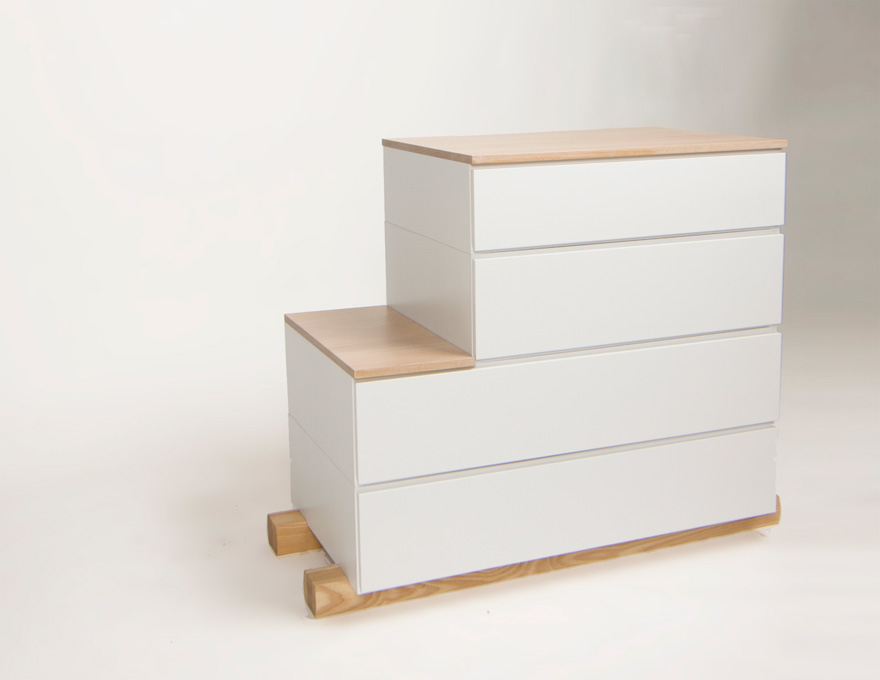 They don't have to approach me specifically. If they're in the industry, I'll start to hear about them. I love meeting designers. I definitely don't have a problem with anyone dropping me an e-mail, or tapping me on the shoulder. When I was outside the industry I thought the model was you would send someone a design, and if it was good enough they would produce it. It doesn't seem to work that way. I need to meet somebody or cross paths with somebody three times. Because I'm not looking for just the best design for Council; I'm looking for somebody who is going to be committed to the industry and successful in the industry. So I want someone who's going to do a great piece for us, and a great piece for Bernhardt Design, and a great piece for Moroso. One thing about this industry—competition has a different flavor. If someone is going to buy one chair, they may buy it from us, they may be it from them. But our enemy isn't each other; our enemy is bad design. That's part of the reason it takes a few path-crossings to convince me. A lot of people can do one great thing, but I want somebody who's going to be doing a lot for the industry at large.

The interpersonal stuff really matters a lot. I think the good news about this industry is there's no money in it. Money attracts assholes. It's hard to navigate some of those industries when there's enough money to pollute it. The bad news is there's no money in this industry. But if you're someone who likes people and likes working with people, that can get you a lot further than you think. Just liking design, and liking designers, and liking to talk about design is important.

I don't want to be rendering-bombed. I like to know the person before I see their designs. Some people will just send you stuff. I don't think that's very successful. I generally don't look when they send those designs. One thing I think is very courteous is to say: "I'm so-and-so, I'm a designer. You may or may not know some of my work with other designers. I have something I'd like to send you. May I send it to you?" That's usually nicer than just dropping a jpeg into my inbox. 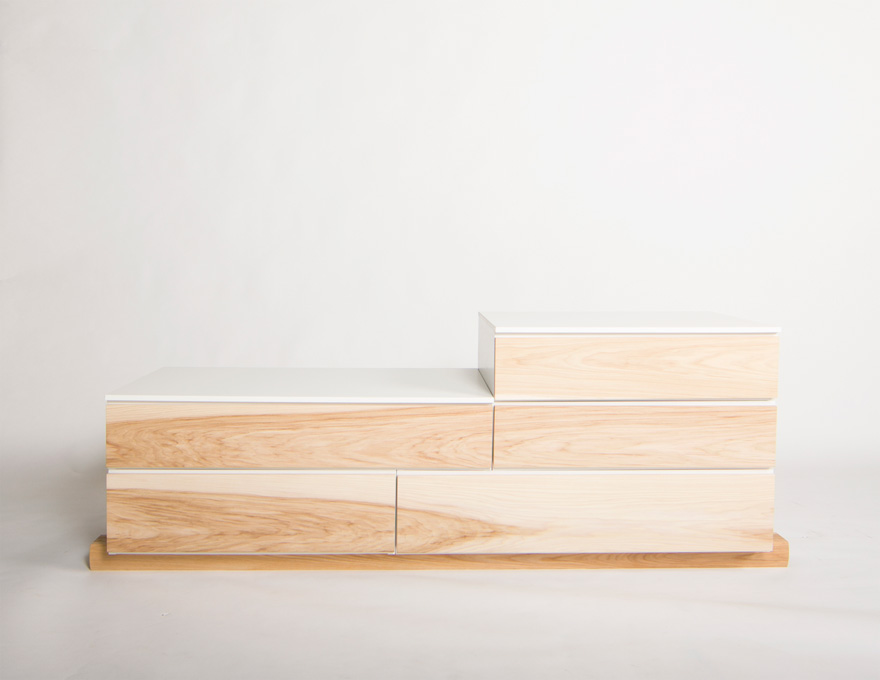 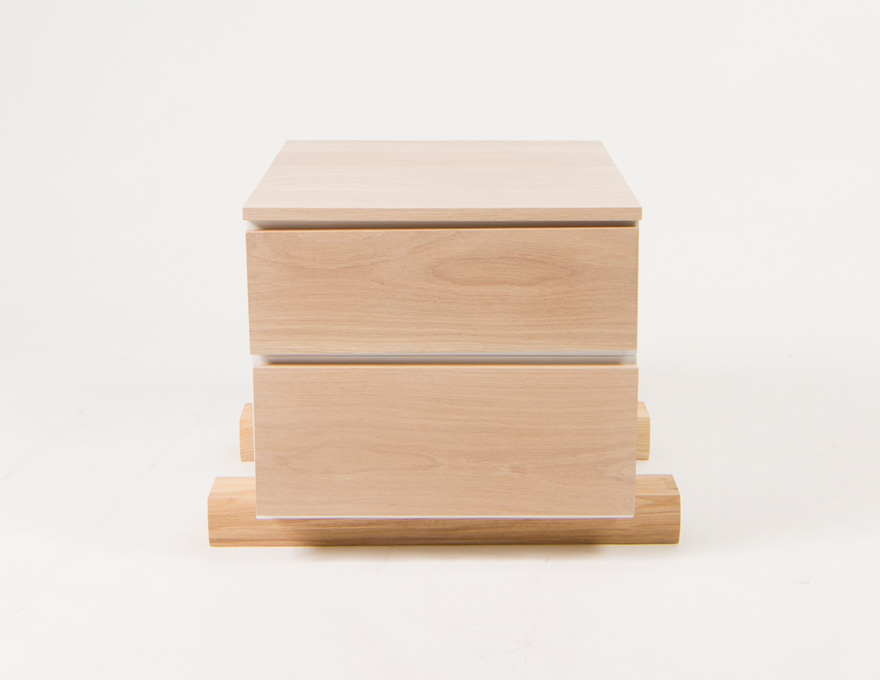 Years ago, at ICFF, I met some designers named Claudia & Harry Washington. This had a lot to do with Jerry Helling of Bernhardt Design. I had walked the show and met them, but Jerry introduced them to me as well. That relationship has developed into them designing a piece for us that we introduced last May during New York Design Week. [Editor's Note: We covered the Carrot Concept during NYDW this year.]

They're a good example of people I connected with personally first. I saw one or two of their designs that first year. They were intriguing, but I don't know if I've ever seen one design that's enough to knock my socks off. You need enough representative pieces to show that you've got a point of view. I got an immediate idea of who they are as people. They're warm, thoughtful, nice people. We stayed in touch just by virtue of that. And when the opportunity came to work together, it was very easy to fall into a working relationship. I was in need of some configurable storage, and I delivered them a pretty brief brief and that's what we've been working on.

We call it Pila, which is Spanish for "pile." The idea is that there are a few standard-size drawer boxes that we pile up on top of a base that looks like two logs. The log base is something that really expresses them as designers. My natural tendency would go toward the most simple geometric form, but I think the log base really adds something to the design.