An Open Courseware Series of Textbooks for Design 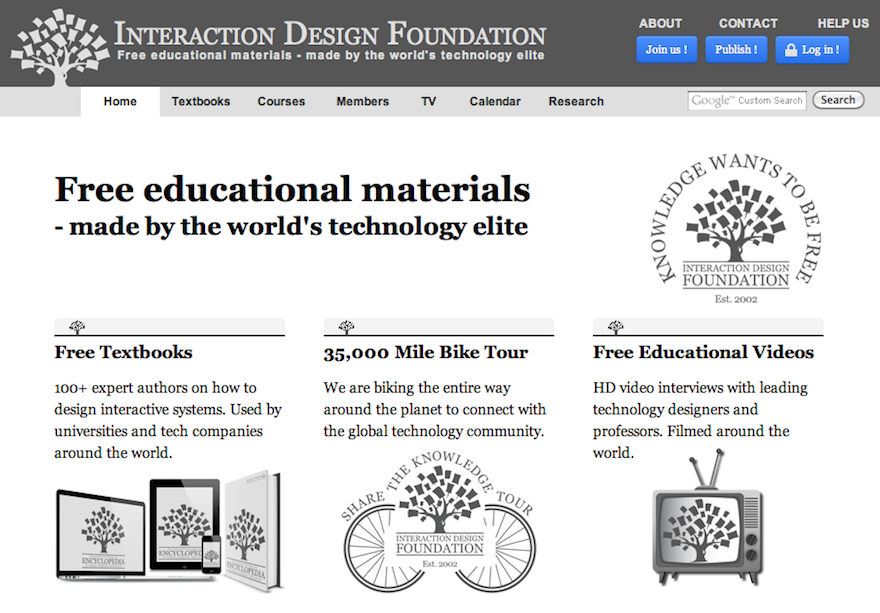 A screenshot of the Interaction Design Foundation site

A solid design education is an excellent investment, but as more and more educational institutions move toward offering open courses online, free classes in design remain limited. A quick search on Coursera for graphic design yields zero results, as do results for industrial design, product design and a search for "color theory" yields a class on programming from the University of Colorado (though they do offer this class on film that relates to color and sound). Of the 68 offerings on the popular edX.org, only a few classes relate to design, and they're focused on architecture. A quick Google search led me to this MOOC from the University of Cincinnati, and MOOC List has a good number of entries, but those remain paltry compared to, say, computer science.

Which is why I was thrilled to learn about a new series of free design books available online from the Denmark-based Interaction Design Foundation. Starting with their popular Encylopedia of Human-Computer Interaction and two other books—Social Design of Technical Systems and Gamification at Work—they plan to release dozens of textbooks on topics like persuasive technology, human-centered design and design anthropology.

The centerpiece, their 4,000+ page encylopedia, features a wide variety of writings, which include videos and other media released on a Creative Commons License and fully downloadable. Alan Blackwell's chapter on visual representation includes interviews and rich diagrams to illustrate the lessons, and Dag Svanaes's chapter on the philosophy of interaction includes clickable experiences to help understand the principles at work. It's an incredibly rich compendium filled with a wide variety of lessons and information.

"If we give away free knowledge and free educational resources on how to design technology and things, then we can create a better world, both aesthetically and in regards to productivity," noted Editor in Chief Mads Soegaard in an interview with Core77. Soegaard founded the Interaction Design Foundation and heads it up with his wife, Rikke Dam. They brought together writers from universities like MIT and Cambridge and companies like Yahoo and IBM to contribute their writings to the foundation (Core77's own Don Norman serves on the board, too). 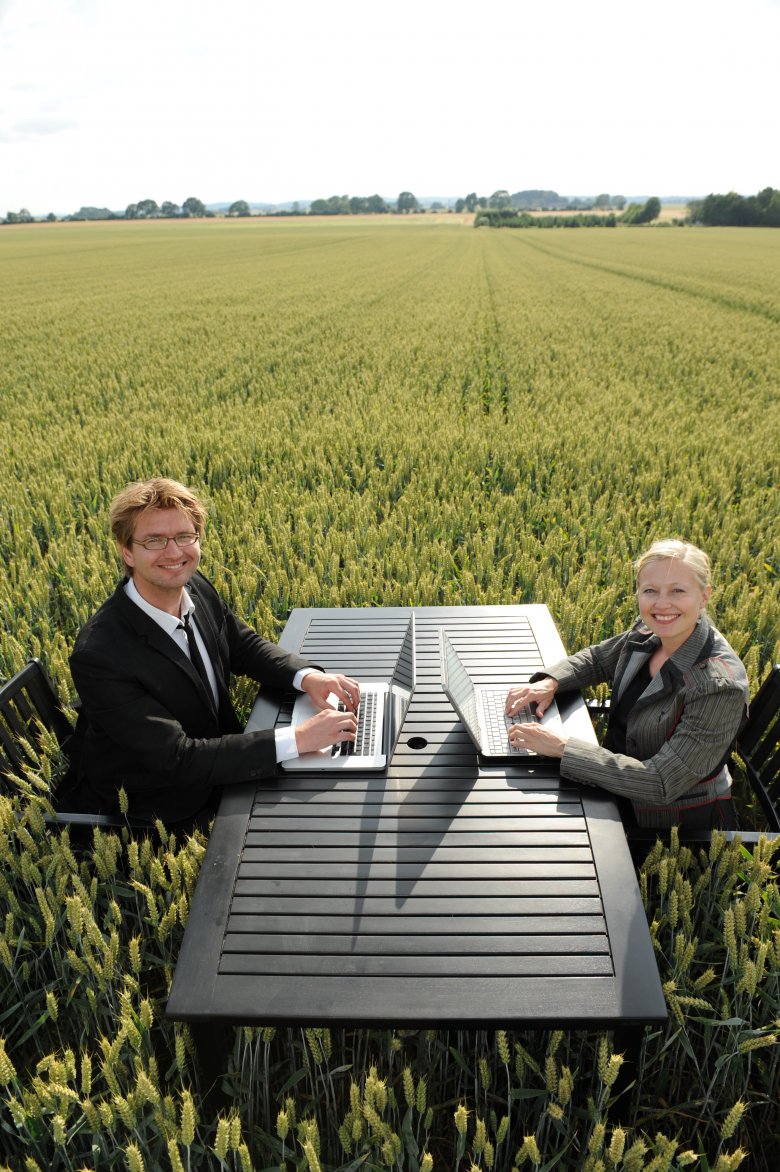 "We're basically the same as a major publisher," he said, explaining the content production model. Writers develop a proposal and a committee reviews it. Each submission goes through rounds of peer review before being laid out in the many different formats at which they're offered—HTML, PDF, eDoc and yes, even printed books—and books have comments from the reviewers. "Sometimes [the process] improves quality, sometimes it doesn't," Soegaard admitted, but overall his goal has been to retain the highest quality and the greatest distribution possible.

Importantly, Soegaard hopes that a community forms around the books, which are meant to serve as course materials for universities and communities of independent learners. They can be dense and potentially intimidating to new designers. They work with professional associations like AIGA and IXDA and host a members board with meetup listings and discussions about the lessons. To promote them, SAP, a key funder for IDF, has sponsored a 35,000-mile bike ride around North America to different universities (I will be following up when they arrive in the Bay Area). They also welcome proposals from Core readers who might be interested in writing a book—books start at around 20,000 words.

The goal of course is to improve access to design education materials, and they're already off to strong start. "It's the old-fashioned usability argument," Soegaard said of the project. "If everything were easier and faster to operate, then life on earth would be just one tad better."

An Open Courseware Series of Textbooks for Design