The New iPhone Design Elements That Catch Our Eye 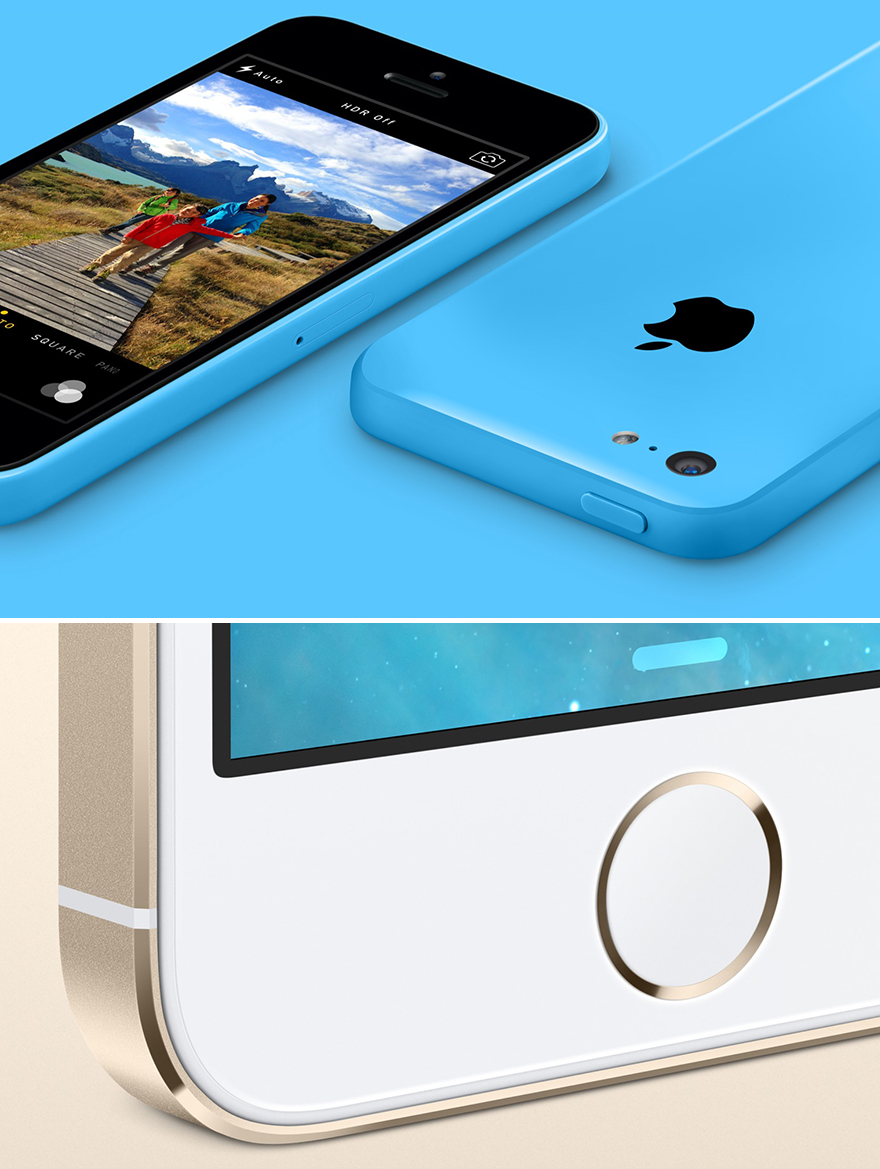 While the tech geeks endlessly dissect the new technological advances in the just-announced iPhone 5C and 5S, it is the new design elements—some subtle, some not—that have our attention. There are a few we think are telling of Apple's philosophy and direction (and just one design holdover that leaves us cause to gripe). 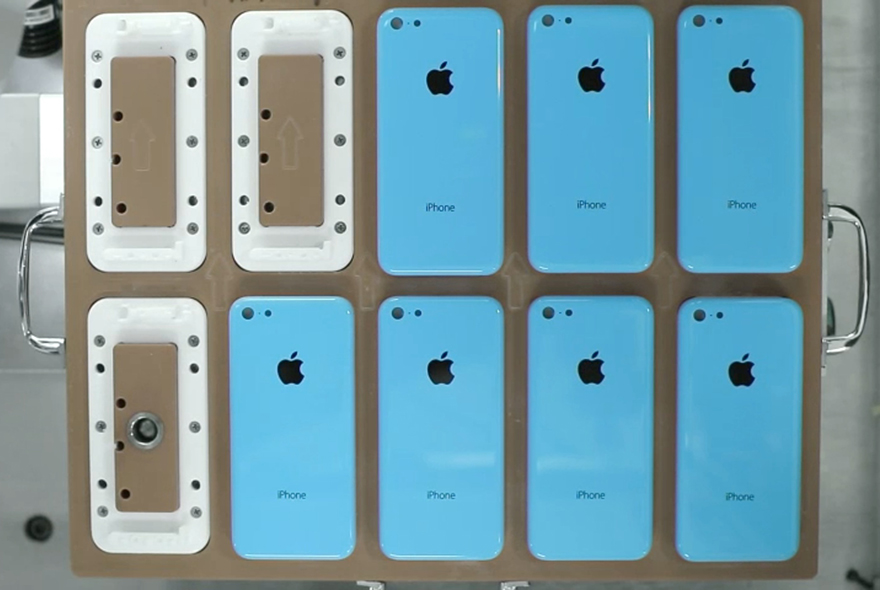 In the video (embedded at bottom) for the iPhone 5C, Apple's lower-cost model, Jonathan Ive describes it as being "beautifully, unapologetically plastic." And the end result reveals Apple's laser focus on manufacturing techniques and on what a material is capable of being. Plastic products can often look like crap because of how manufacturers view plastic's utility: You set up a mold, maybe you cam some parts that interfere with the draft angle, then they start flying off of the production line. Most manufacturers are willing to live with sprue marks, nit lines and mold seams; and the generation of consumers raised on those "manufacturing tells" have come to associate plastic with them. 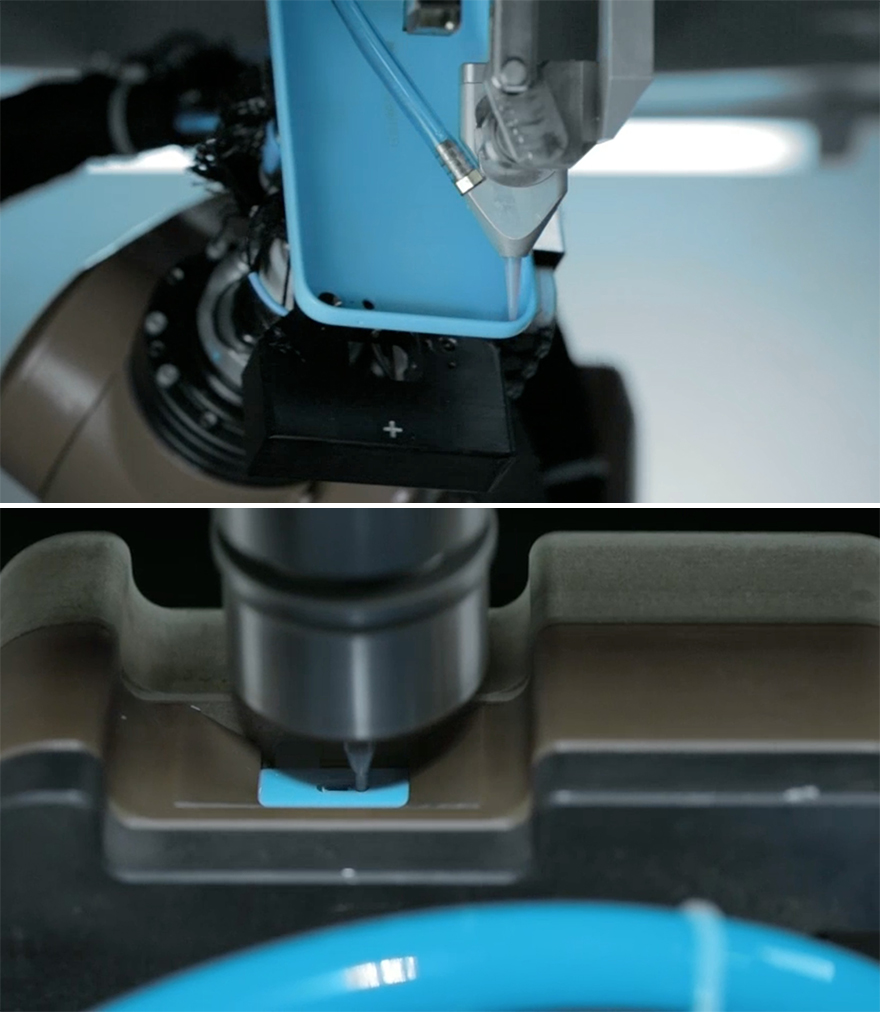 In contrast, Apple cuts no such corners. The ports are CNC-machined into the case, for chrissakes, rather than being molded in. The interior undercut appears to be machined out, though I can't say for certain. What is certain is that there are no seams, no manufacturing tells. If we didn't see the production method shots in the video it would not be immediately obvious to us how it was made. 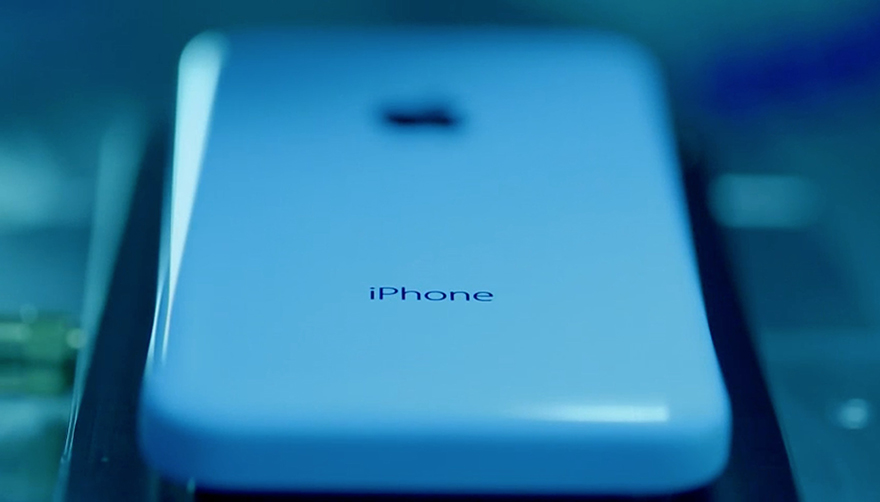 This reminds me of an e-mail I got from "Good Ol' Boy," the experienced industrial designer who told us his epic True I.D. Story. I received this e-mail after he had purchased Apple's new EarPods, and he was flabbergasted by the packaging:

Hey I bought the new EarPods. They sound nice, fit a little better, blah blah blah--but you have GOT to see the little plastic box they come in. The only thing I can think of is that this li'l plastic box with rounded corners descended from heaven on angel's wings, because it sure as hell wasn't manufactured, not by the POS [overseas] factories that I had to work with.

The thing has no nit lines, sprue marks, mold seams or draft angle! Have you ever argued with an engineer about molding something without a draft angle? And all of this for a box that 80% of people will probably not notice, and trash immediately after buying it. It is depressing when you realize that no other company (that you could ever work for) could, or more importantly would, design and manufacture the little plastic box in which Apple packages its headphones.

That Apple dumped that much attention to the EarPods packaging--which no one writes about—makes it unsurprising that they were "fanatical" with the body designs of their flagship products. 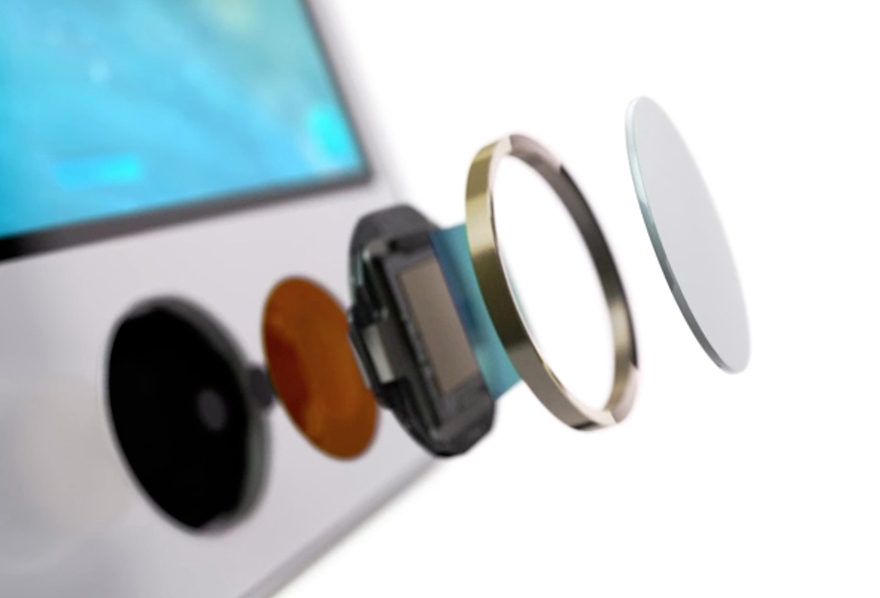 Never mind the ultra-convenient fingerprint-reading technology integrated into the new iPhone 5S—we'll let the tech blogs dissect that one—we are in love with that sweet, shiny steel ring around the home button. I know we went on and on about the plastic, but there simply isn't much to say about the steel ring except that it's beautiful. 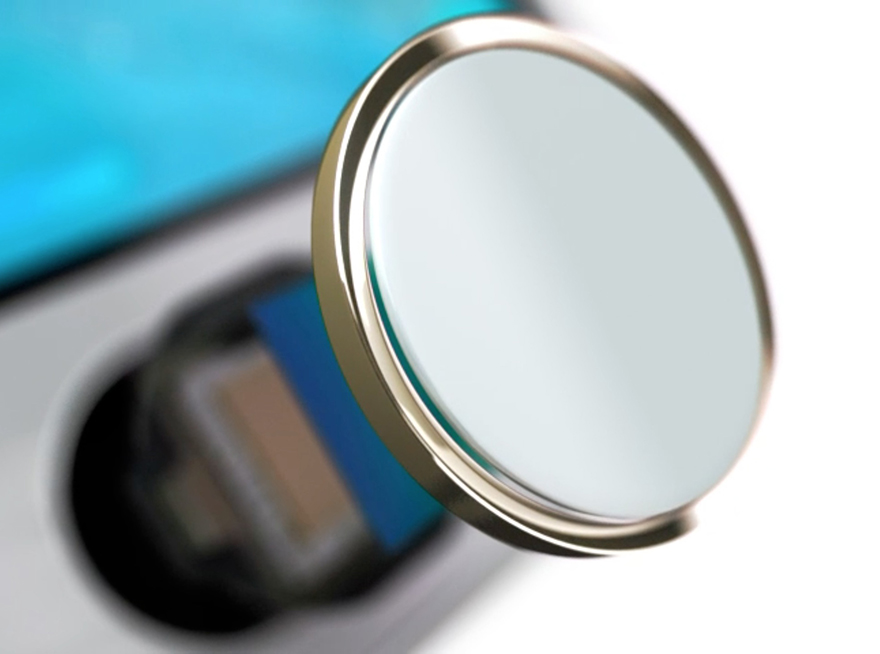 The Continued Marriage of Hardware and Software

In the iPhone 5C video Ive also talks about "hardware and software working harmoniously together," which has been a notable and fairly unique Apple value since the first iPod's clickwheel allowed users to scroll through music collections. In this case, the fact that they've matched the on-screen background color of the 5C with its physical body is a nice, and very symbolic, touch that clearly indicates what Apple is after.

Apple's got the integration of hardware and software down in a more comprehensive way than their competition, but what we'd like to see is them getting the integration of the hardware and the other hardware down. Specifically we mean the exteriors. I'm still on the iPhone 4S, which I consider a beautiful piece of design and engineering, all precision-manufactured shiny black glass and metal—when it's unshod. Wrapped in the protective case I have for it, it is suddenly rendered a boring silicone brick. The rub is that without the case, the smooth glass of the phone makes it perfect to slide in and out of a pocket—and makes my grip on the thing much less certain; I know it's only a matter of time before my butterfingered self drops it on the sidewalk. Wrapped in the case, it becomes easy to hold—but causes too much friction to cleanly slide in and out of a jeans pocket. As an end-user, I don't want to fuss with friction when the phone rings, I want to reach for it and answer it without being aware of it.

So let's talk about cases. Apple has designed a protective case for the 5C, and what we find surprising is that the "Connect 4"-type grid of holes does not line up with the logo they've emblazoned on the rear of the phone housing.

It seems strange that of the word "iPhone," we see only a truncated "hon" through one of the holes. That's got us scratching our heads. 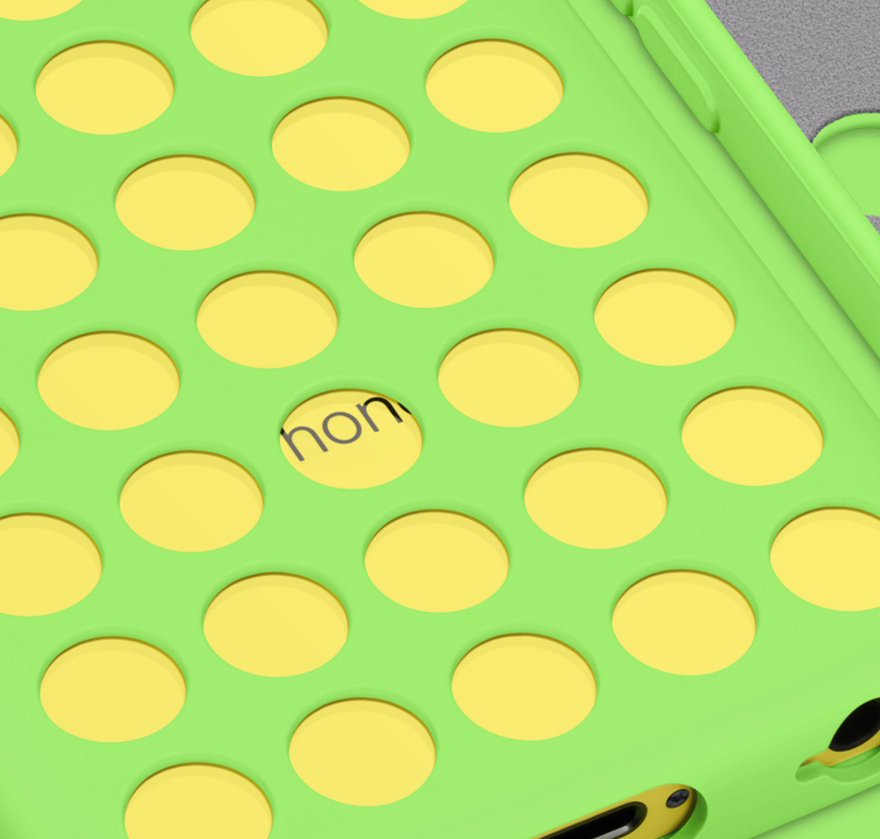 Apple has also designed a line of pretty leather cases for the 5S, and these cases completely obscure the back. 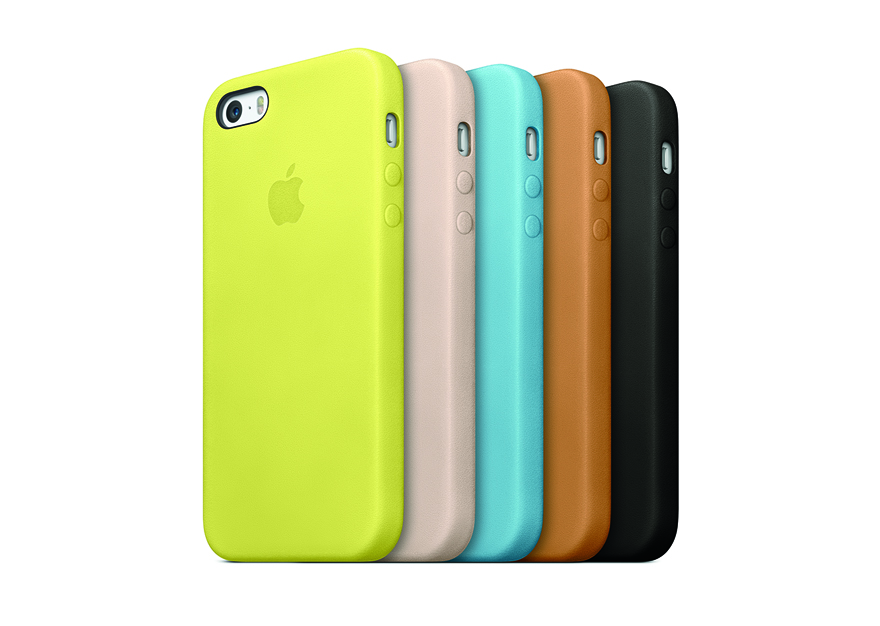 I think the back of the new iPhone 5S is absolutely gorgeous, in all three finishes, and I hate to see that covered up! 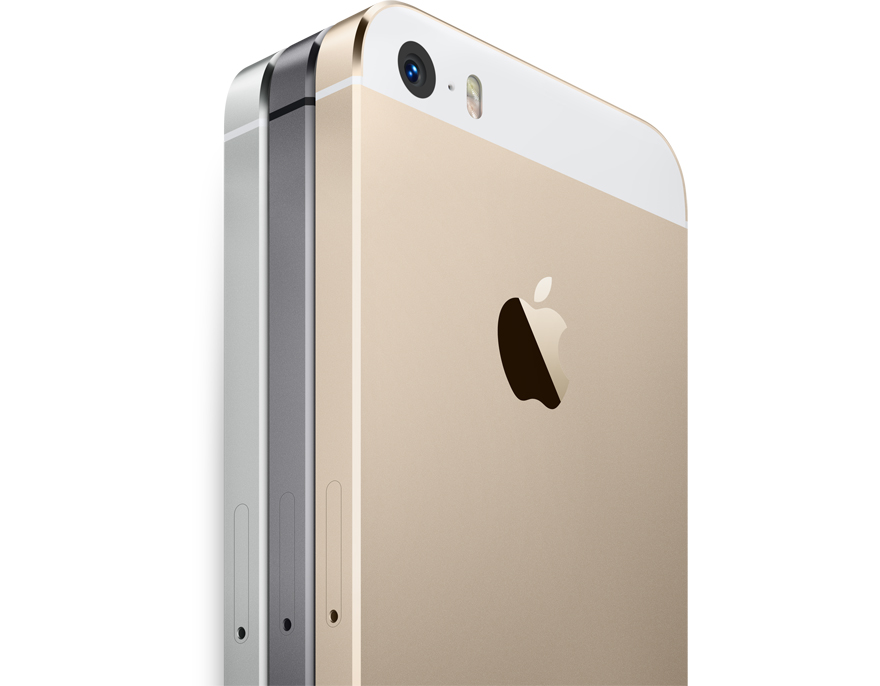 It is strange to me that the iPhones are designed as if they are standalone objects, yet the cases obscure some of the very details the designers worked so hard to perfect. While this does bring to mind Steve Jobs' espousing the quality of building a cabinet so that even the back, which no one ever sees, is perfect, in the future I'd love to see iPhone designs with more harmony between the phones and the cases.

Here is the official video introducing the iPhone 5C:

And the iPhone 5S:

The New iPhone Design Elements That Catch Our Eye