Credit Where Credit is Due: Creator of These Amazing Sushi Roll "Drawings" is a Female Illustrator, Not a Male Sushi Chef 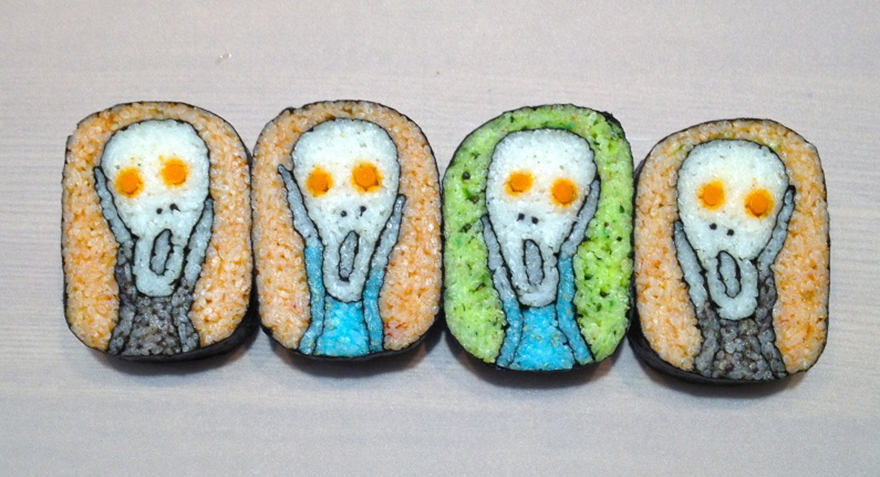 As someone whose sexually ambiguous first name has led to me being mistaken for a woman online, I feel compelled to set the record straight with this story now making the blog rounds: Takayo Kiyota, the creator of the artistic makizushi (cooked rice, vegetables and/or seafood rolled into a seaweed wrap) you see here, is being incorrectly described by other sites as a male sushi chef. In fact she is a female illustrator. (Aspiring Japanophiles can click to the bottom of this entry to see the cultural giveaways that revealed the erroneous reporting, even before we managed to locate a photo of her.)

Tokyo-based Kiyota, a/k/a Tama-chan, calls her creations Nikkori-zushi, or "smile sushi." She currently gives workshops in Tokyo where she teaches others how to make, or attempt to make, their own Nikkori-zushi creations. 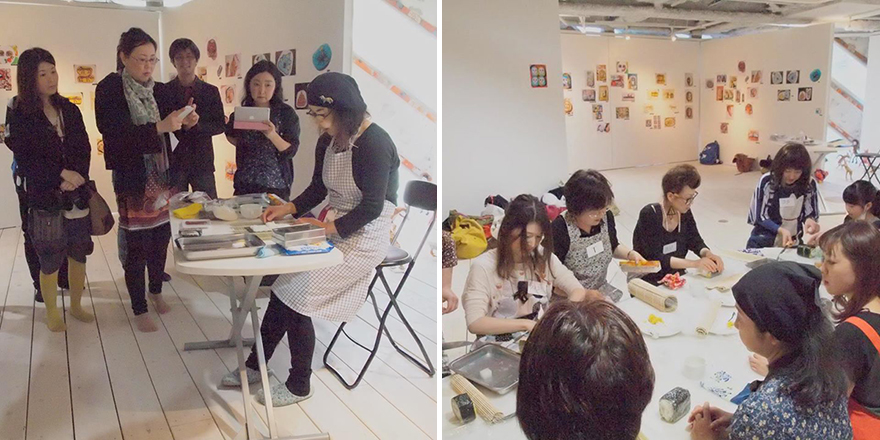 It is, of course, fiendishly difficult--though we'd like to think that industrial designers trained to think in 3D might have a leg up. Making a Nikkori-zushi brings to mind extrusions, 3D printing and cross-sections. 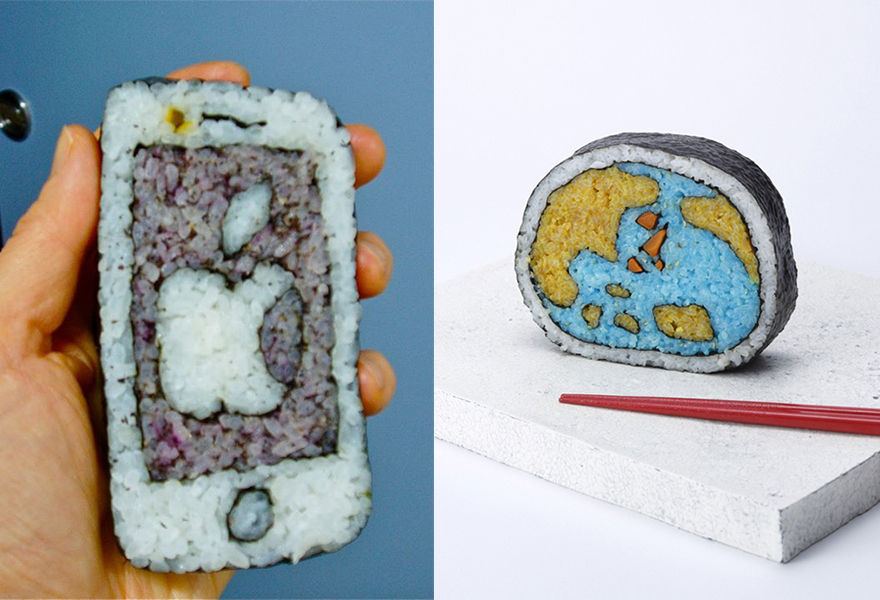 The ingredients that will create the lines and volumes of the individual sliced pieces are first laid lengthwise, bottom-to-top, then rolled tightly shut (with the help of removeable skewers) in a sheet of seaweed. By subsequently slicing cross-sections out of the resultant loaf-shape, your success (or failure) is then revealed.

This rolling process provides far from predictable results and requires a good bit of planning and precision to get the individual pieces consistent. It would be easy if you were simply rolling up multicolored wooden dowels that hold their shape, but remember that you're dealing with flexible, shifting elements like rice and vegetables here. And the construction method means you're essentially sculpting something that you can only view in the Y-axis while you're making it, and yet it is the appearance of the X-axis that is crucial. 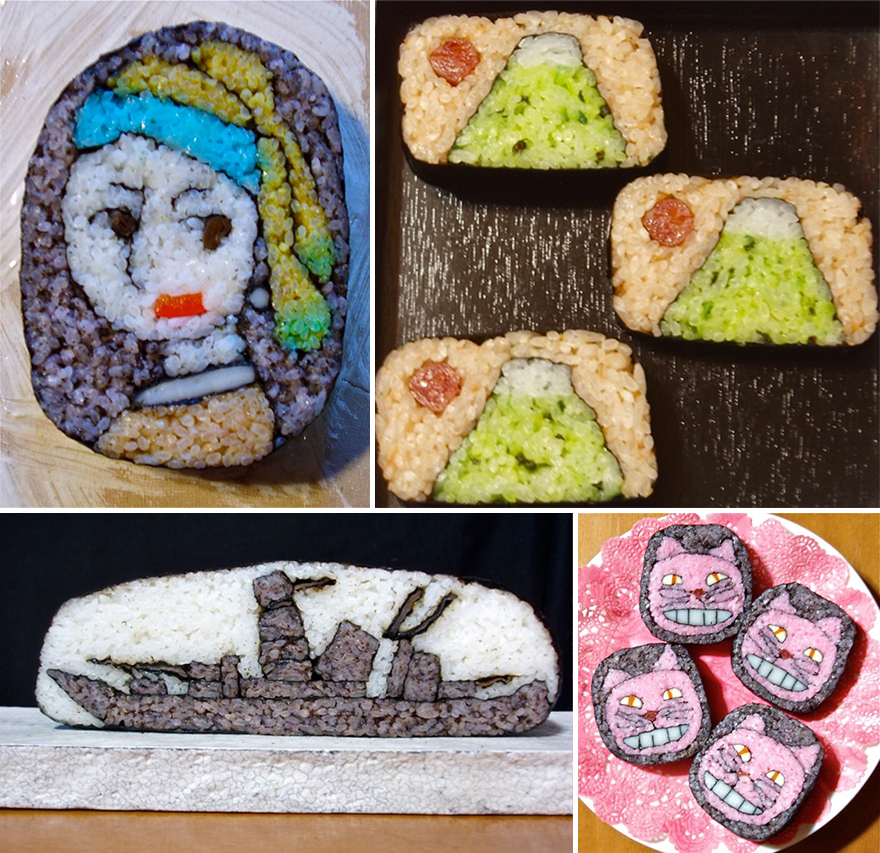 This is a rough translation from Japanese, but as Kiyota writes in her blog, "You don't know how the images will come out until you cut the roll open at the end, and the thrill of that moment is almost unbearable!" 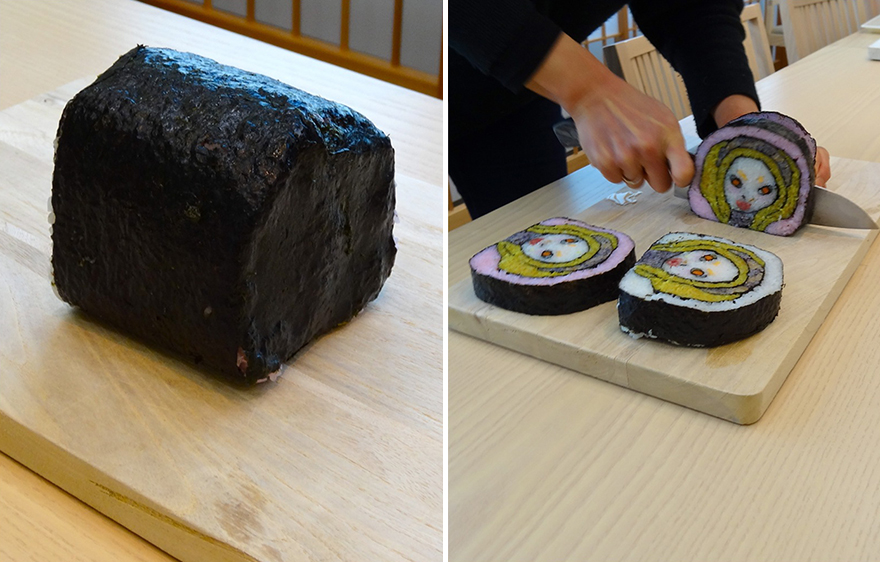 Amusingly, Kiyota even uses her creations to communicate. When this Japanese writer asked if he could interview her, she sent him this image as an assent:

As for how we figured out Kiyota being reported as a male and a sushi chef sounded...fishy:

1. Takayo, and virtually every Japanese name ending in -ko or -yo, is a female name. Her family name, Kiyota, could also be a male first name, and there was a chance the order was swapped, but #2 below nailed it.

3. Being female, there's no way she'd be a sushi chef. In Japan, the position of sushi chef is the sole domain of males. The story goes that during the Edo period, when sushi became popular, it was widely believed that women's hands were too warm to handle a dish meant to be served cold, hence only men were permitted to make sushi. 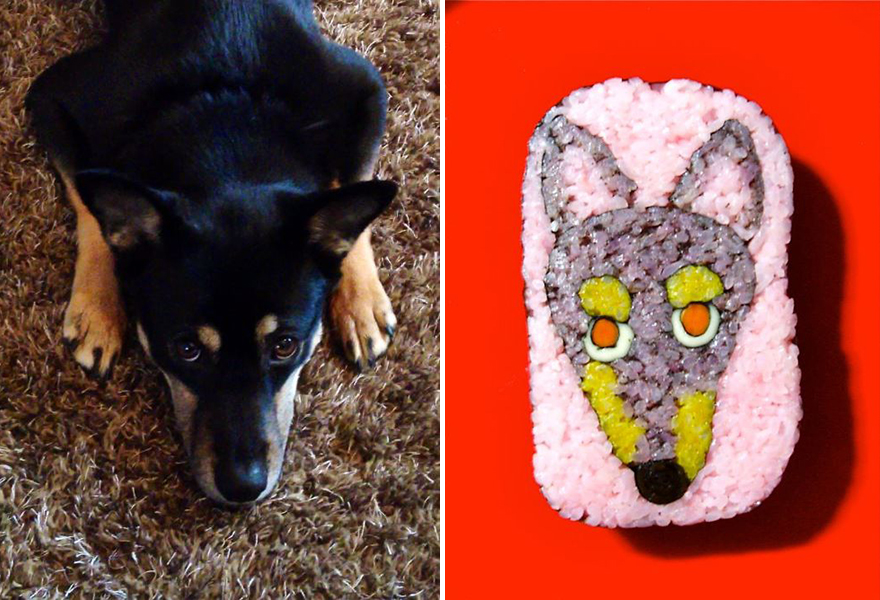 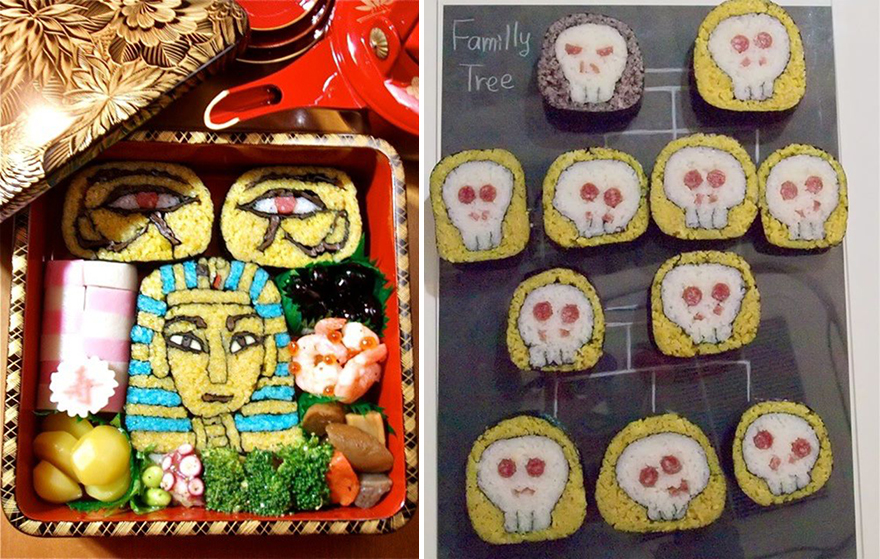 A couple of other relevant sushi facts:

1. If you're wondering why there's no fish visible in Kiyota's "smile-sushi:" In Japanese sushi actually refers to cooked rice mixed with other ingredients, be they vegetables or seafood, whereas in English we incorrectly take it to refer to raw fish.

2. Sushi is often spelled (and pronounced) -zushi when used as a suffix, hence makizushi and Nikkori-zushi. 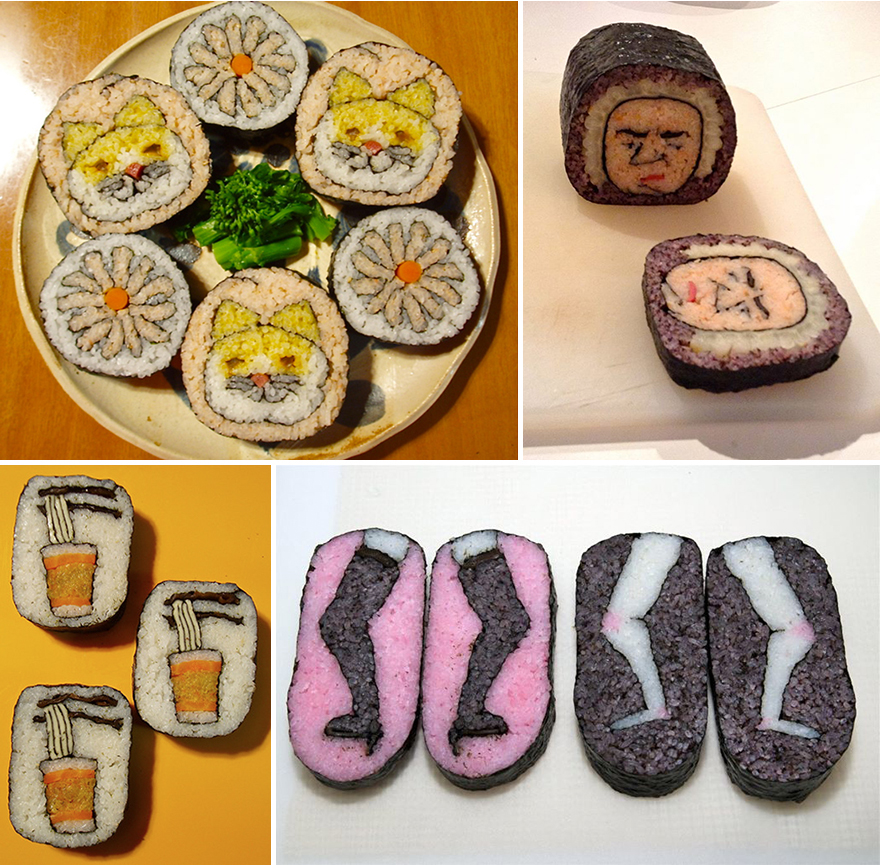 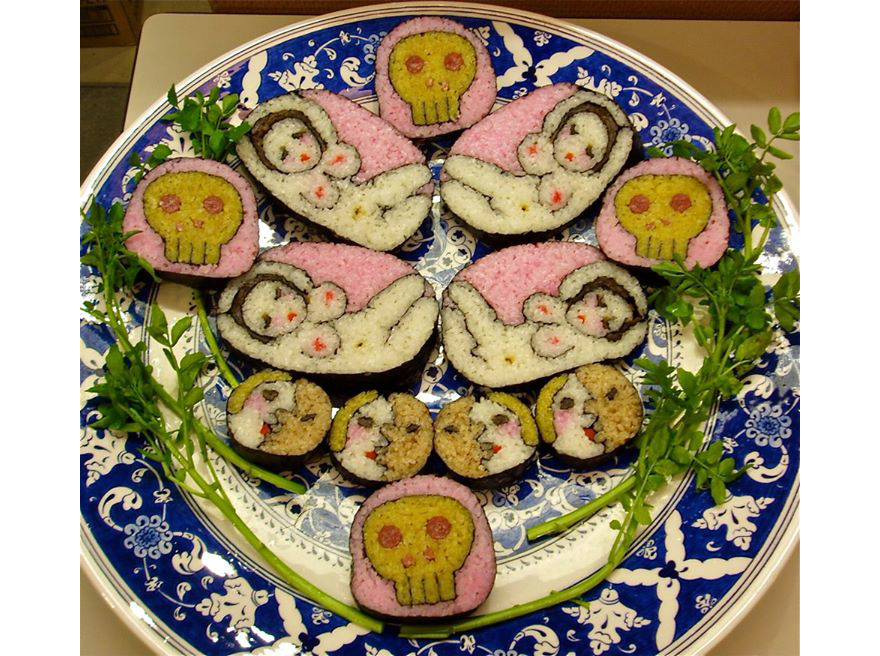 We can't fault the sites that got the facts wrong; after all, we were all fooled by Jimmy Kimmel's twerking fire.

Credit Where Credit is Due: Creator of These Amazing Sushi Roll "Drawings" is a Female Illustrator, Not a Male Sushi Chef