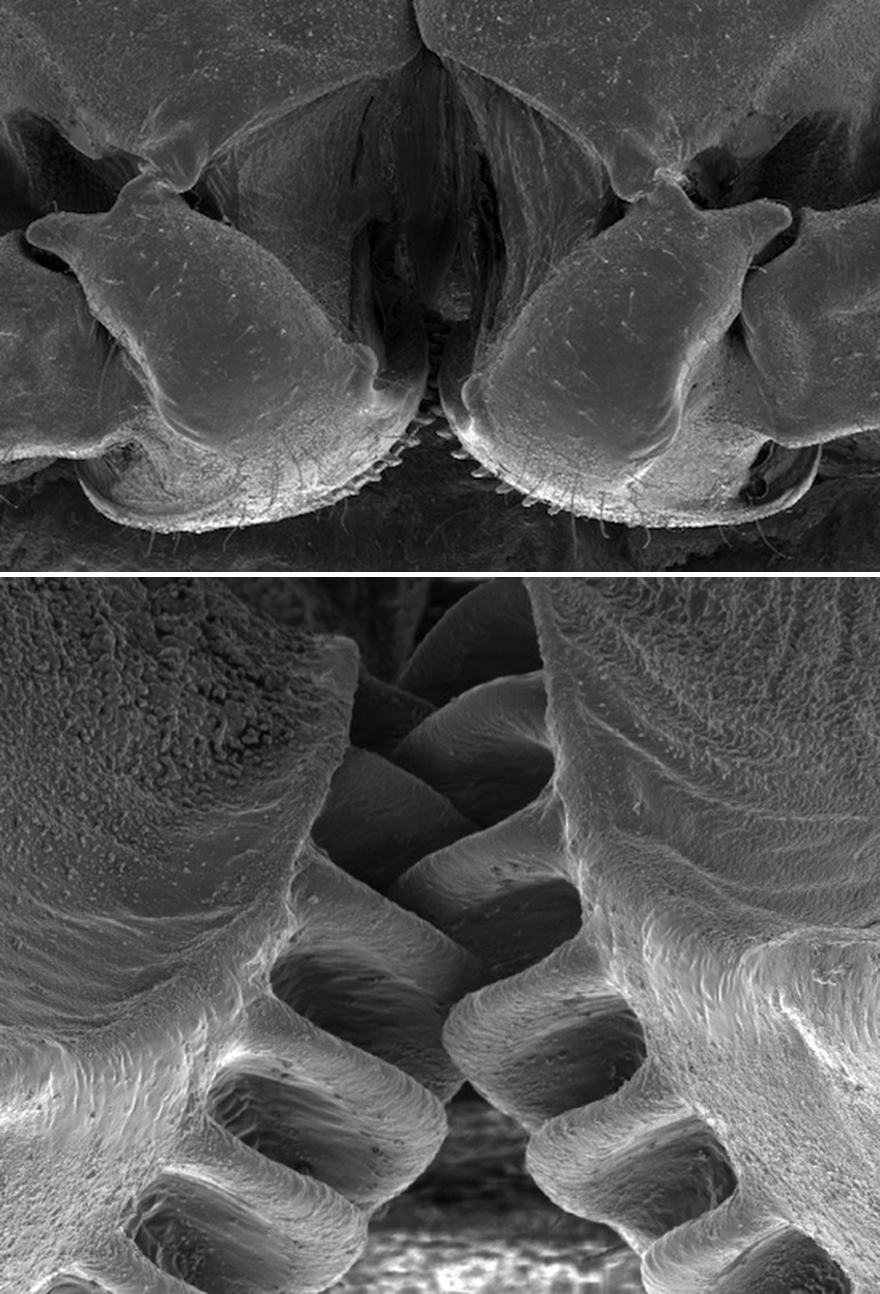 This will either creep you out, fascinate you, or frighten you. The mechanical gear that propelled the Industrial Revolution and, indirectly, our very profession of industrial design, is one of mankind's more profoundly impactful inventions. But two biologists from the University of Cambridge have just discovered that the mechanical gear exists in nature.

Scientists Malcolm Burrows and Gregory Sutton discovered tiny, toothed, interlocking gears atop the hind legs of a three-millimeter-long bug known as Issus coleoptratus. Colloquially known as a "planthopper," the jumping, flea-like bug cocks its hind legs into a "loaded" position; as it "unloads," the legs swiftly rotate backwards, enabling the bug to get some NBA-like air. The gears connecting the top of the legs—which even have filleted teeth—ensure perfect synchronicity of the leg extensions, enabling accurate and predictable jumping.

Burrows and Sutton used an electron microscope to capture the gears in both still and video shots, as they cannot be seen by the naked eye; thus it's unlikely that the 3rd-Century-B.C. Greeks who cobbled together the first primitive gears copied them from bugs. 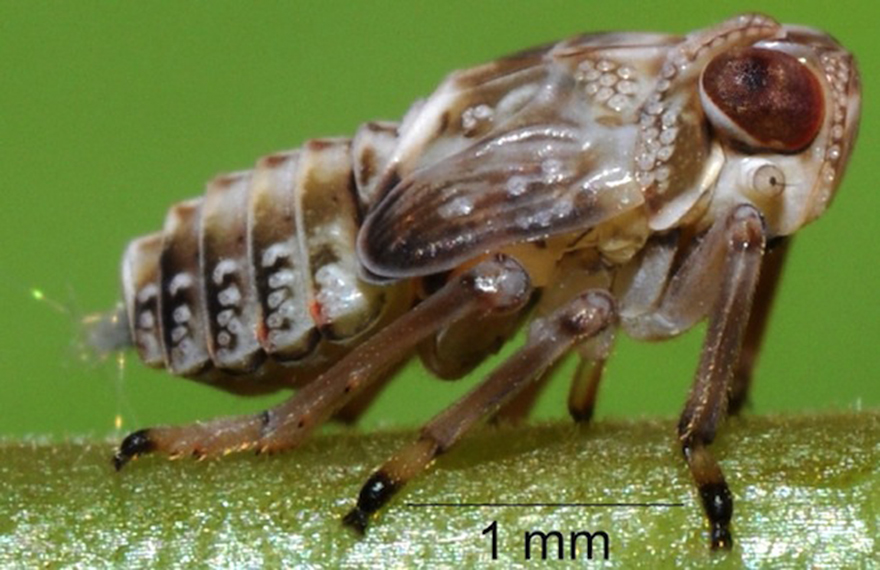 From the press release:

The gears in the Issus hind-leg bear remarkable engineering resemblance to those found on every bicycle and inside every car gear-box. Each gear tooth has a rounded corner at the point it connects to the gear strip; a feature identical to man-made gears such as bike gears—essentially a shock-absorbing mechanism to stop teeth from shearing off.

The gear teeth on the opposing hind-legs lock together like those in a car gear-box, ensuring almost complete synchronicity in leg movement—the legs always move within 30 'microseconds' of each other, with one microsecond equal to a millionth of a second.

..."This precise synchronisation would be impossible to achieve through a nervous system, as neural impulses would take far too long for the extraordinarily tight coordination required," said lead author Professor Malcolm Burrows, from Cambridge's Department of Zoology.

"By developing mechanical gears, the Issus can just send nerve signals to its muscles to produce roughly the same amount of force—then if one leg starts to propel the jump the gears will interlock, creating absolute synchronicity.

"In Issus, the skeleton is used to solve a complex problem that the brain and nervous system can't," said Burrows. "This emphasises the importance of considering the properties of the skeleton in how movement is produced."

"We usually think of gears as something that we see in human designed machinery, but we've found that that is only because we didn't look hard enough," added co-author Gregory Sutton, now at the University of Bristol.

"These gears are not designed; they are evolved, representing high speed and precision machinery evolved for synchronisation in the animal world."

...Unlike man-made gears, each gear tooth is asymmetrical and curved towards the point where the cogs interlock—as man-made gears need a symmetric shape to work in both rotational directions, whereas the Issus gears are only powering one way to launch the animal forward.

When I first came across this news, I dismissed it as a hoax or figured it would be linked back to The Onion. But nope, it was vetted and published just today by Science, and subsequently picked up by both Phys.Org and Smithsonian.com.