Piet Hein Eek on Making Furniture from Waste, Building the Perfect Work Environment, and Why Designers Should Be Generalists 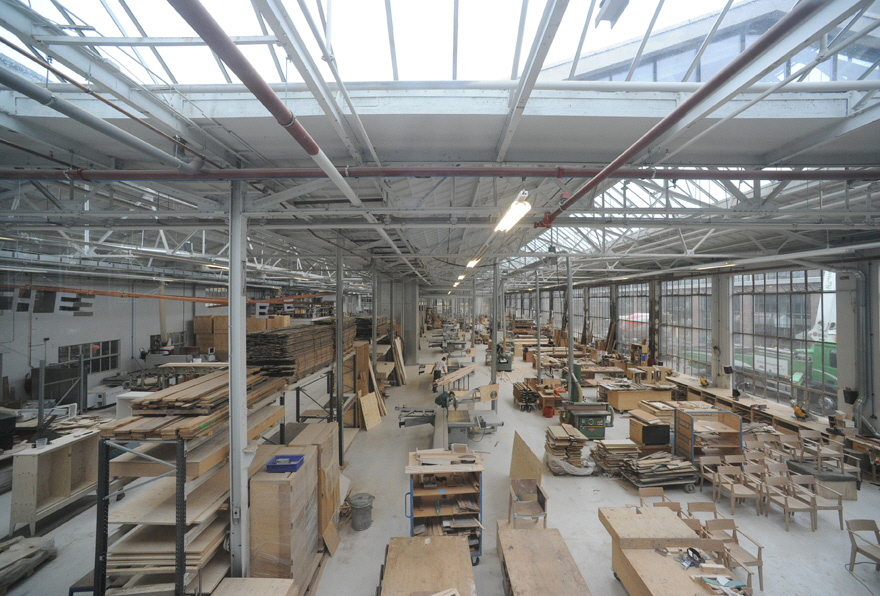 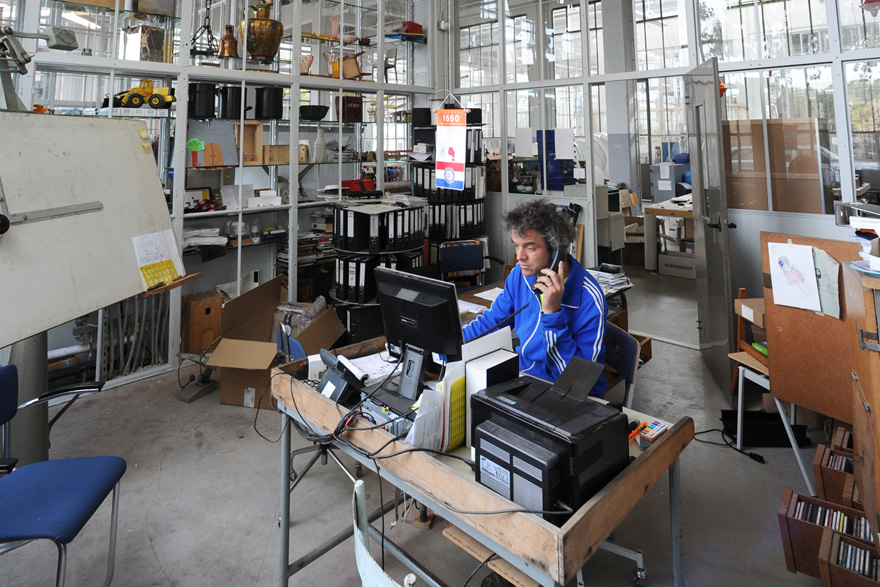 Occupation: Designer, producer, distributor, architect. I don't like doing only one thing, and I like processes in general very much. I'm always very keen on the whole process, from the idea to the consumer.

Current projects: We're always doing different projects, either for customers or for ourselves—for the collection or for "free work," as we call it. It's work that's not specifically commercial but more intellectually challenging and so on.

Right now we're working on the Waste Project, with tables and chairs and other things that we make from waste material left over from our own production. This project started in 2000, but we're still working on it on many different levels. One of the new things is a Waste Waste 40x40 series—so it's made of the waste of the Waste Project. Instead of the leftovers determining the size and the image of the product, we cut everything down to 40-by-40-millimeter blocks. It's a totally different approaching to using the leftovers, and we're using almost everything because it's a very small size. And that provides beautiful new objects.

Mission: I always try to make the world a little bit better—but I always feel a little incompetent saying that. Because if you're a designer, you create products to be consumed. And one of the biggest issues in the world, of course, is our senseless way of consuming. So I try to communicate that the way we design, produce, consume, et cetera might be much more clever. 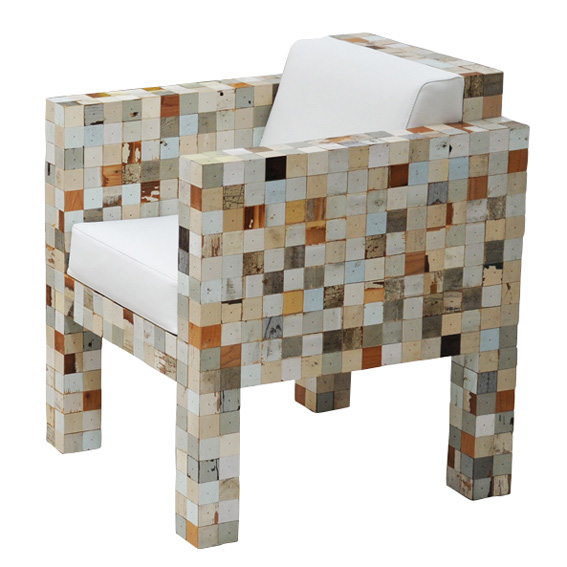 Above and below: an armchair and table from Eek's new Waste Waste 40x40 collection 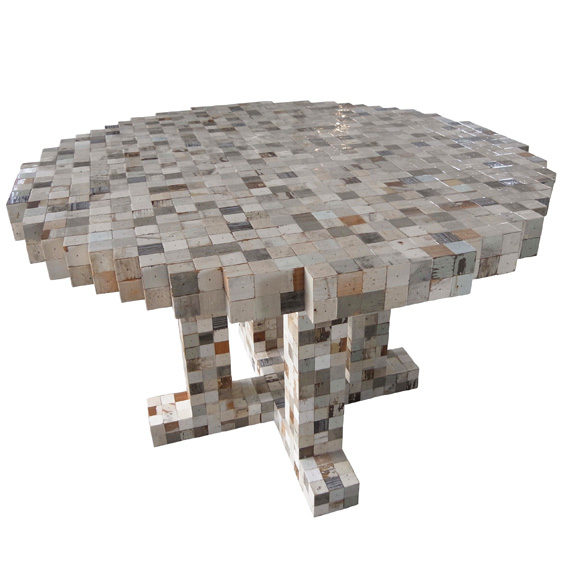 When did you decide that you wanted to be a designer? Well, as a child I was always building things, especially outside—huts and cabins and things in the trees. So the fact that I became a designer, and specifically one who is producing his own products, that was from childhood.

First design job: The first design commissions I got were all friends of my mother. And with the third one I got in a little bit of a quarrel, and I promised myself never to work again for friends or relatives. Because you give it everything you have and then in the end they're still not convinced that they have a good bargain, and they start arguing. So I stopped working for people who are close to me.

Who is your design hero? If I have to choose one, it would be Jean Prouvé. Out of all the designers, I feel the most close to his work. When I look at his work I always think, "If you gave me the same situation, I would love to have made that!" He was like an engineer, and he had his own factory, so in the end he was working with the possibilities he had at that moment, and that's quite similar to my situation. 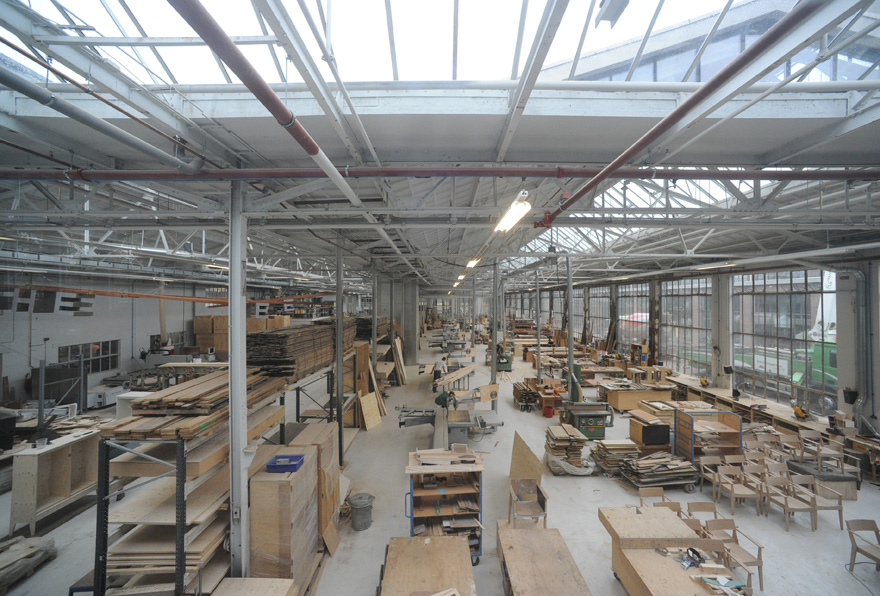 The workshop of Eek's headquarters in Eindhoven, in a converted Philips factory 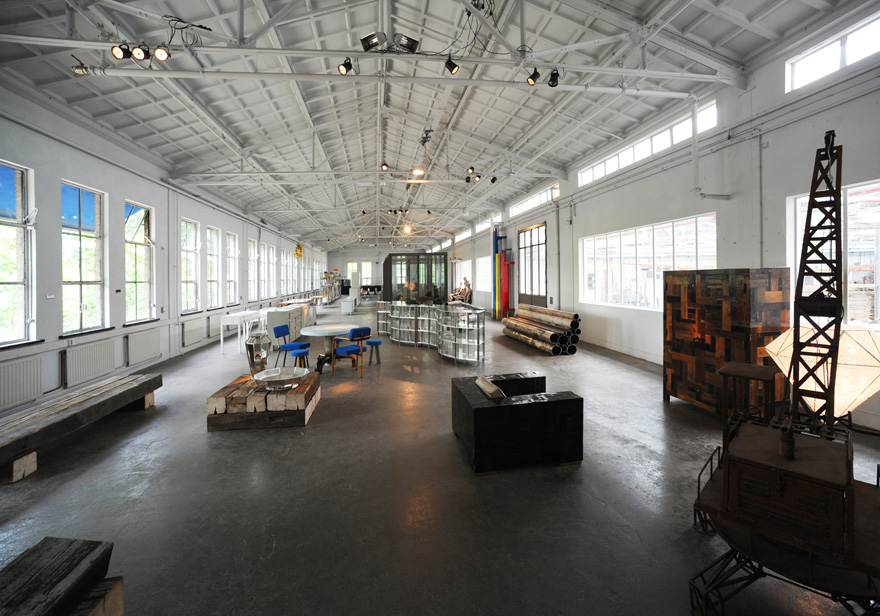 Eek's headquarters also includes a showroom (above), a gallery, an event space, and a restaurant.

Describe your workspace: It's an old Philips factory, where they used to produce ceramics. It was built in the 1950s but in the way that they were building before the Second World War. So it's an old-fashioned industrial building where we've implemented the workplace as well as offices, a gallery, a showroom, an event space, studios we're renting, a restaurant, storage, and so on. Everything is in this huge U-shaped building. Altogether it's 10,000 square meters, so it's really, really big.

What is the best part of your job? I think the best job I've ever done, and my biggest achievement, is the fact that we created this environment where, each day, me and all the others who work here are working in a perfect situation to be creative and productive. The whole situation is more or less dedicated to create and produce new ideas and products, which is a very rewarding situation.

It's something that I thought of when I first got my degree; I wrote down that if you want to flourish, you have to feel like a fish in water. The first thing to take care of is the environment, not all the other goals. To create your own environment where you're able to do the best thing you can. And every day I feel very happy with the fact that I'm here.

What is the worst part of your job? Well, the worst and the best is coming together. This environment where people are flourishing and being productive provides a lot of cheer. On the other hand, we have a company with over 90 people, and so sometimes people are annoyed or angry or unhappy or behaving badly. That sometimes makes me sad. But there is more reason to be happy. 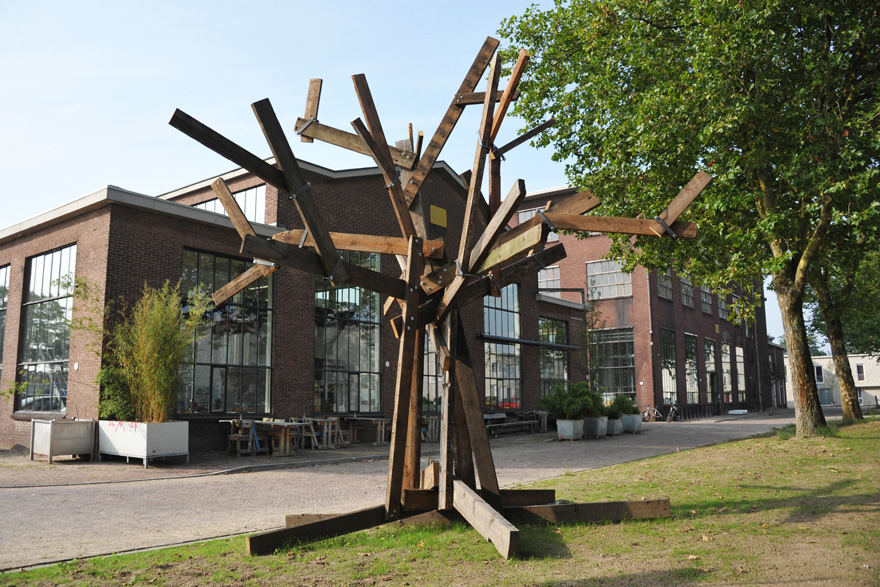 A "tree of beams" outside the entrance to the restaurant 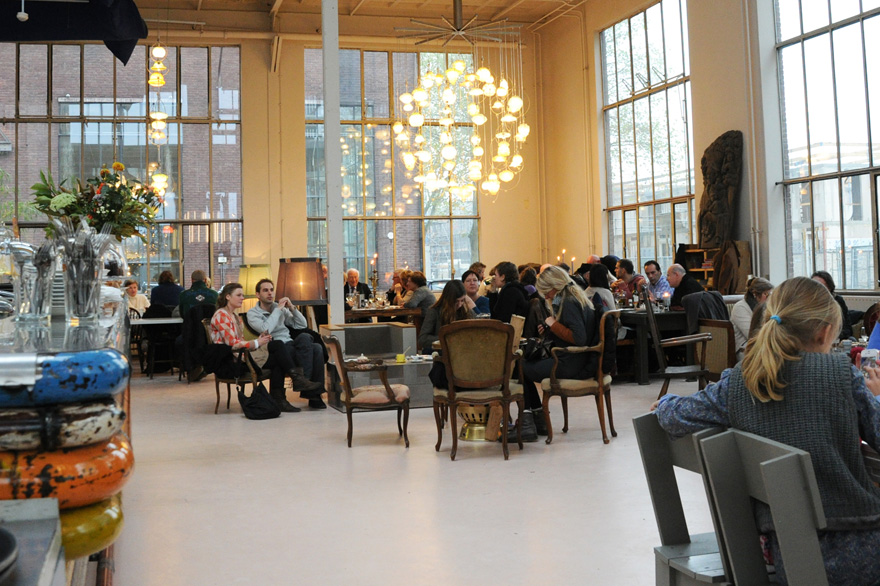 Inside the restaurant, which is open to the public

How do you procrastinate? I like work in general. I like the whole process. I even like the administrative side—sending a letter, calling for money. Of course I don't do everything myself, but I like almost everything. So I never try to avoid work. Even if I start disliking something, I do it even harder, because then I get rid of it.

What is your favorite productivity tip or trick? When I have a problem or something to figure out, I'll go and sit down and make a drawing, or I'll just sit and think about it. But when I take a shower, sometimes that's the best moment! It affords the widest views.

What is the most important quality in a designer? Almost all academies and educators are focused on having ideas. And I always say, if you're a designer, of course you should have ideas; that's not the interesting part. But to execute the ideas—to select the right ideas, to be able to implement them, to get them actually done, to get the right people around you, et cetera. This is the most important part of the job—to actually be able, in a very pragmatic way, to get as efficiently as possible from an idea to the result. Which should be a good result.

What is the most widespread misunderstanding about design or designers? It's the idea that designers think about how a product looks, or perhaps that they think about how it's produced, like an engineer. But I think it's only possible to make a good design if you understand everything from the first idea to the market. Every aspects of the product is a reason not to sell it, so if you design you have to take care of all those aspects. The major quality of the designer is being a generalist, understanding everything about the product and the society and the people who use it. And I think we should recognize that designers should be involved in the bigger part of the process—so not only the look and feel of the product, but the company board, for example. 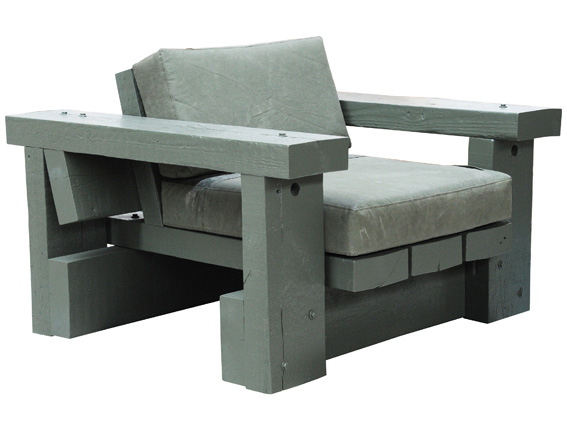 Eek's latest collection includes the Chunky Upholstered Beam Bench (above) and the Beam Sideboard (below). 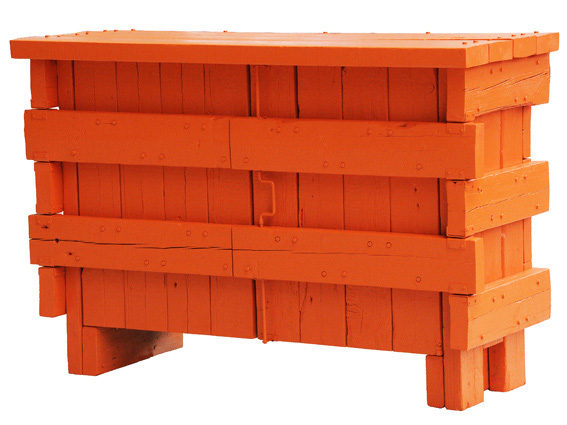 What is your most prized design possession? That's again the big building, my own place

What is exciting you in design right now? It's related to the earlier question, about the misunderstanding. There is a large challenge for designers to get more influence and to get appreciated and to get more of their skills valued by companies and by the world. So I think the nice thing about the crisis and the problems we're having now is that there is a need for creative people on a much wider field than we were originally thinking we should work in. I think it's an exciting moment.

If you could redesign anything, what would you choose? Hmm. It should be ugly... [Laughs] I really don't think like that—for me, a design is a process, so I don't see it as the outcome. I really don't have an answer.

What do you hope to be doing in ten years? The same thing I'm doing now. Never knowing what you'll do, but always getting exciting commissions and questions, and always trying to do things different and better.

Piet Hein Eek on Making Furniture from Waste, Building the Perfect Work Environment, and Why Designers Should Be Generalists