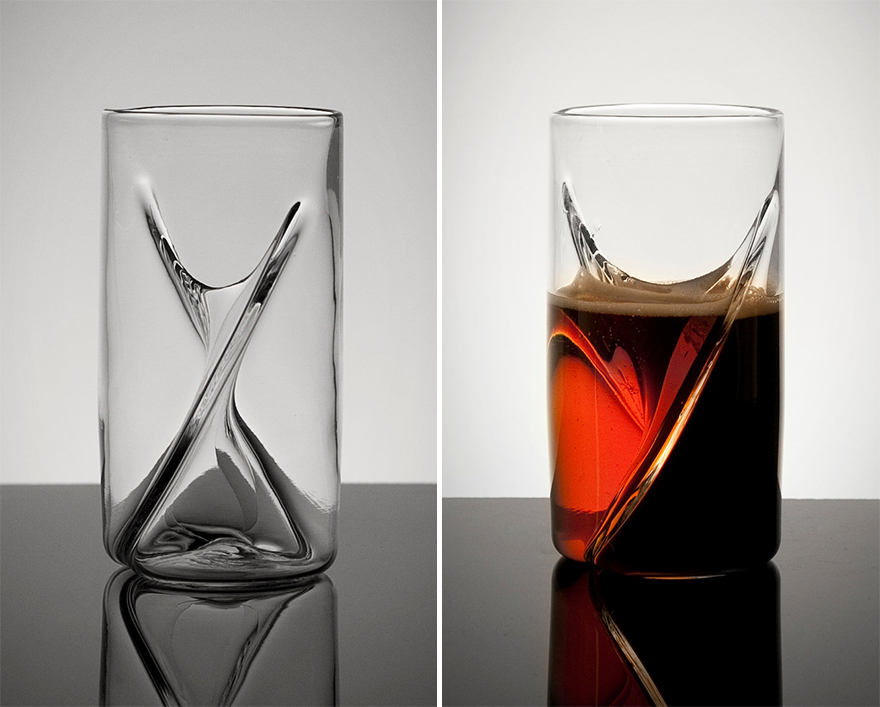 In Kentucky, a revolution is brewing—literally. "Craft beer is encroaching on bourbon territory," says Louisville local news station WDRB, "and a two-week festival in Louisville is out to prove it." This week Craft Beer Week kicks off in Kentucky's largest city, which produces one third of the world's bourbon supply. But until the festival runs its course, the American whiskey variant will be taking a back seat to beer, as 70 different events are attended by dozens of local craft breweries—and at least one talented glassware designer.

Louisville-based Matthew Cummings runs The Pretentious Beer Glass Company, and his handcrafted creations are as different from steins, tumblers and growlers as it gets. Cummings' Dual Beer Glass is the one that most caught our eye, designed for you Half and Half or Black and Tan drinkers. 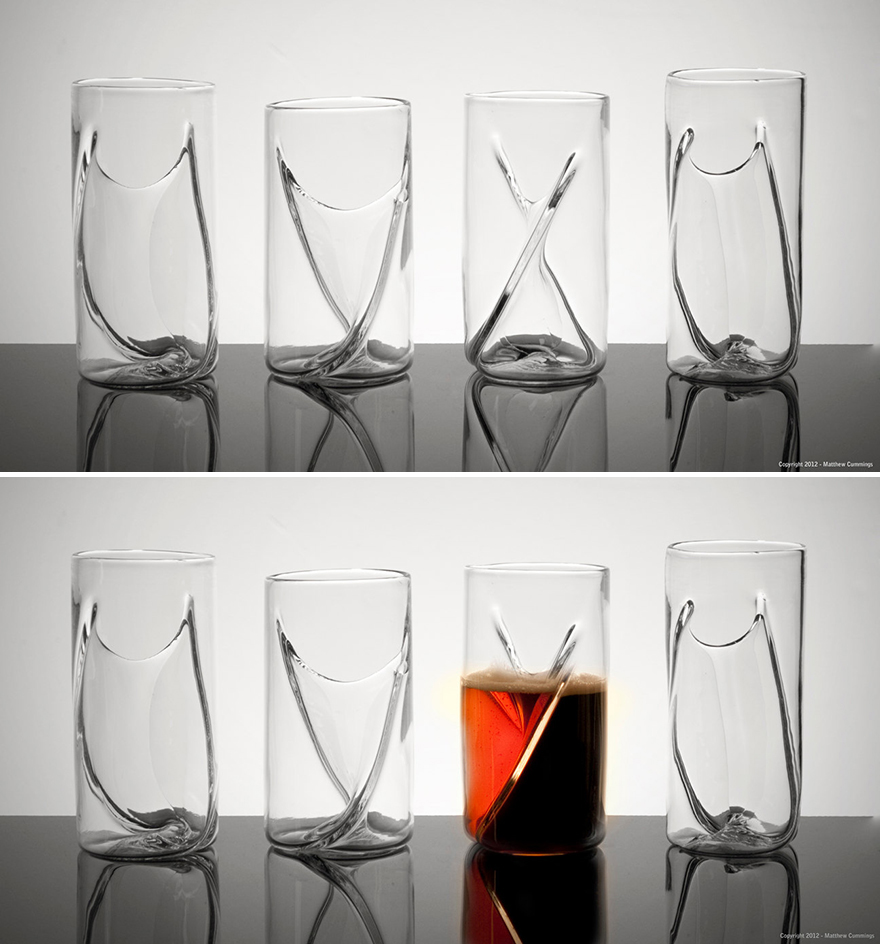 It is a cylindrical beer glass with two separate chambers inside that combine into one towards the lip. I first began working on this design after having a bartender incorrectly pour a Half and Half, blending the two beers together. This glass is not just the solution to the problem of using a jig to properly pour those types of beers, but it allows you to mix any two beers, even ones that have similar viscosities. A wonderful secondary benefit to this glass is that you can smell the bouquet of both beers simultaneously, where normally you only smell the beer that settles on top. Dimensions vary more on this glass than the others due to production techniques, and are approximately 5-6" tall and 3" wide, holding 10-12 oz.

Check out the rest of TPBGC's creations here.