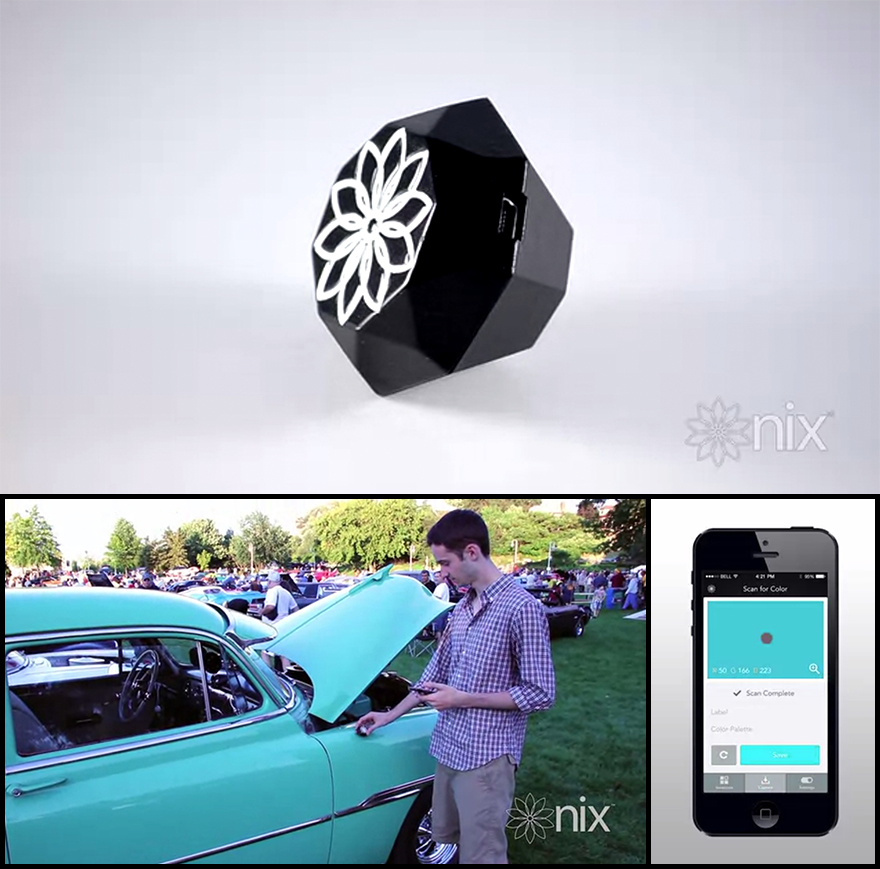 As industrial designers inspecting existing products, we can tell the difference between stainless steel and aluminum; we can see that a piece of furniture a non-designer friend thinks is oak is actually veneer-covered particle board; squeezing a bottle, we can distinguish between PET and polycarbonate; and with columns like Rob Wilkey's series on wood, even a noob can learn to identify various species by grain. Being able to quickly identify materials we've worked with becomes second nature.

What is the equivalent in graphic or interior design? We suppose it would be the ability to identify precise color tones like, say, by looking at the seats on the F-train and nailing the Pantone number of that particular orange. Well, with a hopefully forthcoming device called the Nix Color Sensor, that may soon be possible for all of us.

The small, handheld device is basically a real-world scanner that you place against an object, and the Nix then transmits the exact RGB values to your smartphone. There are existing smartphone apps that do this via the phone's camera, but the Nix is calibrated to be precisely accurate. This stems from one of the product's motivating influences: A friend of the developers' creates custom concealing makeup for burn victims, and needed an accurate, inexpensive way to scan the undamabed portions of her customers' skin.

After securing a grant that enabled them to complete the necessary scientific research, the Nix team is now seeking Kickstarter funding for the second half of development: Paying for the molds, sourcing the components and finishing the app.

We dig that the developers really thought the app through, particularly for interior designers: After you scan a color, the app helps you find a matching paint manufacturer and directs you via map to where you can actually buy the stuff. Check it out: