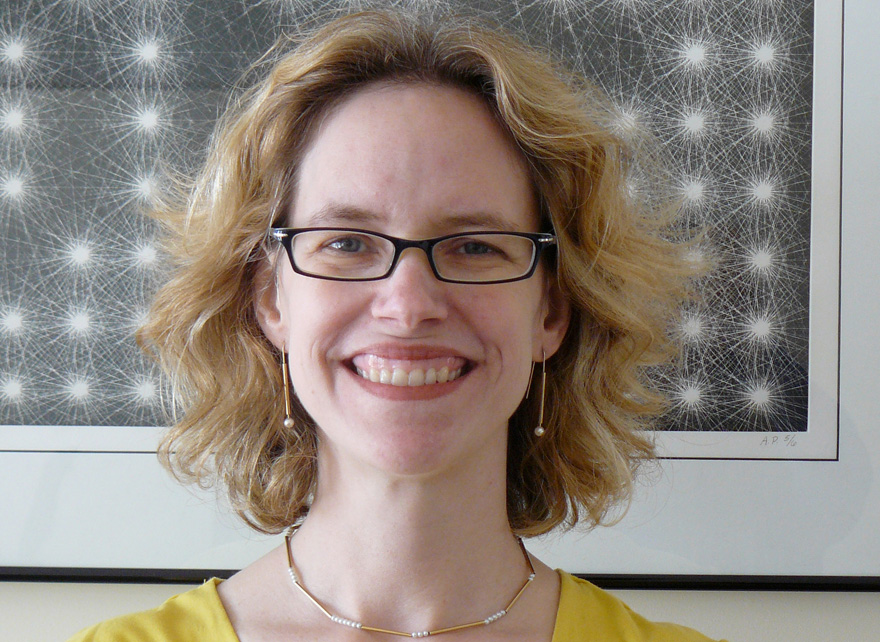 This is the ninth post in our interview series with ten influential I.D. curators, retailers and creative directors. Yesterday, we talked to The Future Perfect's owner, David Alhadeff.

An accomplished writer, critic, educator and graphic designer, Ellen Lupton has been a curator of contemporary design at the Cooper-Hewitt, National Design Museum, since 1992. With an interest in design across media, and a diverse, public-minded approach to her work, Lupton is busy curating an upcoming exhibition of product design slated to open in fall 2014, after the museum completes its three-year renovation and expansion. She also directs the graphic design M.F.A. program at Maryland Institute College of Art.

From magazines. I'm a big fan of Metropolis. The New York Times, of course. Eye for graphic design is very good. Print. Wired. And then websites like Designboom, Core77, Design Observer, manystuff, and Fast Company. I look at [Adobe's] Behance—I like that you can see lots of people in an almost democratic way, and it's very nice for looking at work by younger people. Pinterest is very important to me; I look at that a lot and post a lot to it. Also, press releases from designers—those are actually very useful.

From going to museums and shops. From word of mouth and talking to colleagues and students. I'm a teacher so I'm around young people and I hear what they're talking about; that's really important. From conferences. That's a place where you hear somebody talk that you wouldn't have encountered otherwise. That's really valuable. People should get out there and present and participate. It's another way to show your work and share your work.

And, finally, books. They still provide a depth of analysis and visual richness that you don't find on the web. A few that I purchased in the last year to learn about new developments in design are Lidewji Edelkoort's The Pop-Up Generation: Design Between Dimensions; the graduation book of the Design Academy Eindhoven; Michael Haverkamp's Synesthetic Design; and a fascinating book about poster design called Poster No. 524: The Deconstruction of the Contemporary Poster.What kinds of design are you looking for at the moment?

I'm working on some exhibitions that will open when the Cooper-Hewitt reopens with our new renovated galleries in fall 2014. I'm doing a show called Beautiful Users, about human-centered design, and an associated gallery called Process Lab, which looks at the process behind design and invites people to try it for themselves.

I do shows on graphic design, I do shows across media, and this show is largely product design. I'm really interested in projects where we can see the process, where designers have prototypes and drawings and have kept track of the process along the way. Designers don't normally publish their work process online, but many designers do keep a record of their process. I encourage designers to do this. Because the field is changing so fast, these artifacts and records will become more meaningful over time. When you are in the heat of a project, the process may seem ephemeral, but these fleeting moments provide unique insight into the designer's mind and method.

Lupton giving a tour of the exhibition Graphic Design—Now in Production at its 2012 opening in New York. (It's now at the Contemporary Arts Museum Houston.)

E-mail! An e-mail that explains who you are and includes links or images and perhaps an invitation to meet and get together is great. I prefer electronic communication. It's something that I can keep track of and have a record of, and it doesn't fill up my tiny little office nook with stuff that I may or may not be able to use at that time. I like to read and quickly absorb things; I have my way of organizing what I see. So I really like to hear from designers personally, and I very much welcome e-mail from people who want me to see new things. That's a great way to get my attention. I get lots of e-mail, but I look at all of it and I try to respond as much as I can.

I don't really like getting called on the telephone, and I don't really like getting paper mail or boxes of stuff I have to then deal with and take responsibility for. You have to think about how busy curators are. It may seem really cool to send somebody a box full of samples, but it's really quite annoying. Just like when you're applying for a job, think about the other person and what's reasonable and helpful.

I get a lot of people who say, "I want to have lunch with you." I don't have lunch. Most people I know do not take lunch. Coming to your studio and seeing things is great. Quick meetings if it's possible. Sometimes there's a misunderstanding about a life of leisure at the museum.

I don't want to give names because we're not releasing the content of the opening shows yet. But I can tell you there's a young designer who I heard about from another writer. I saw a reference to his work in something this writer was working on that wasn't even published yet. So I researched the guy's name and he's super young and not famous and you wouldn't know him yet. But you will. I was able to reach him because he had a really good profile on Behance, and that was useful to me because he's someone who doesn't have his own company yet with a publicist and all that kind of stuff. But he was findable, and this project was findable, and I was able to reach him. He got right back to me and now he's going to be in my show.

I think it's really important for young designers to make themselves findable—because we are looking. We want to find people that aren't known yet, in addition to talking to the big stars. There was another designer I was trying to find who was unfindable. Ultimately, because he'd left a trail of little references on LinkedIn and elsewhere, I was able to track him down, but it was really hard. I had actually tried twice, and the first time I gave up. A month or two later I was like, "I really, really want to contact this guy." And I was able to, but he didn't make it easy.