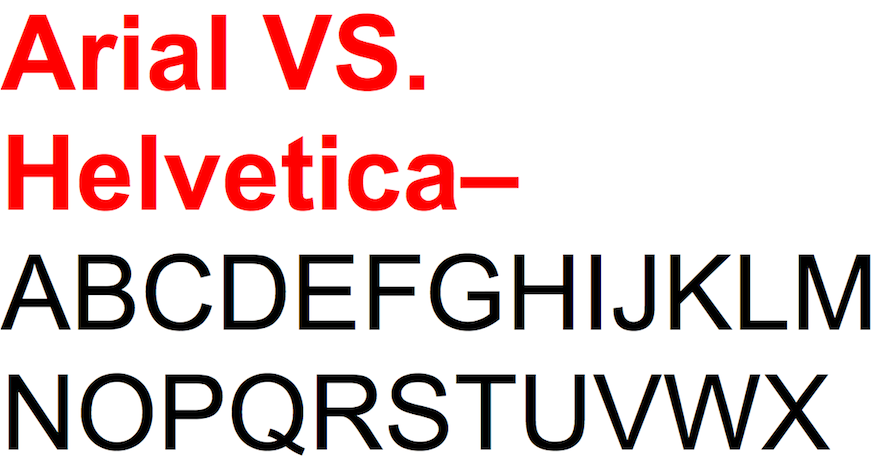 Typography is one of those underappreciated art forms outside of the design world. While a movie like Helvetica brought attention to the craft of type, and the regular selection of fonts on Word processors has made everyone aware of the subtle differences of type styles, few can articulate what makes Times New Roman different from, say, Times.

I came across a site recently that's so simple it's brilliant. Produced by New York design firm OKFocus, Arial VS. Helvetica* is just what it sounds like, a comparison of perhaps the two most popular sans serif Roman fonts in the world. It takes an animated GIF approach: in one moment it shows Arial, in the other moment it shows Helvetica. We're not told which is which, but that's not the point: what matters more is that we can see just how subtle the difference is, and where the most critical distinctions lie (hint: Q, G and R are the best giveaways).

It reminds me of those crazy animated GIFs of people showing the same face in different photos. Now all we need is a site that can do this for all kinds of fonts. Every. Single. One. Hear that, OKFocus? My typography professor will thank you.

*Note: As of press time, the site wasn't working properly in Firefox. Try Arial VS. Helvetica in Chrome or Safari and you're good to go.