In the Details: The Polypropylene-and-Leather Seat Shell of Stefan Diez's Tune Chair 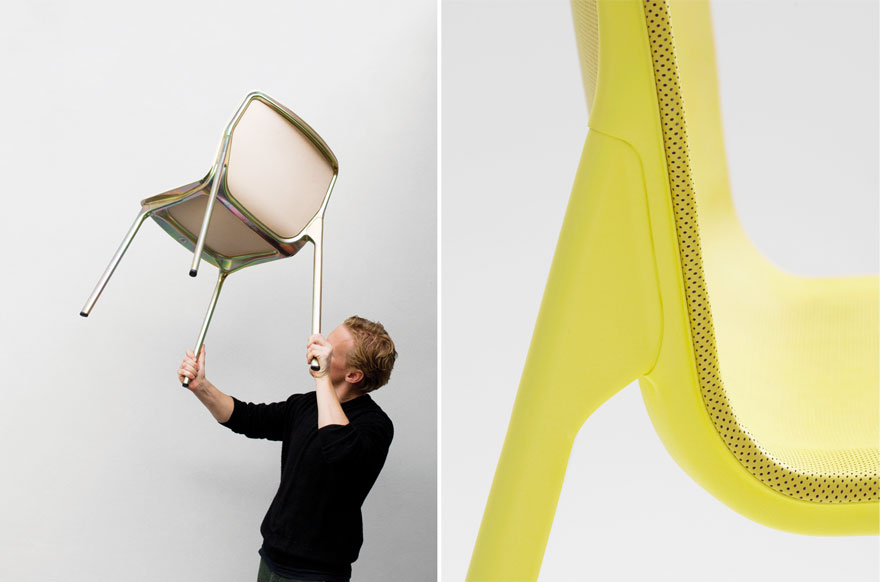 The German designer Stefan Diez has been working on the same chair, more or less, for seven years. His latest version, called Tune, was released this summer as a part of the exhibition Seven Studies, held at a furniture showroom in Munich. Compared to the first version of the chair, Tune is a little brighter and a little more bespoke. But the skeleton is the same. In fact, it's those bones that gave the original chair its name.

Chassis was developed for the residential and office furniture company Wilkhahn starting in 2006. (It didn't reach consumers until 2011.) "They have quite a reputation, and I was quite ambitious about trying something new," says Diez. He aimed to build the chair from strong sheet-metal parts, and then wondered: Why couldn't the manufacturing process match the materials? Diez consulted with automobile suppliers based in Germany and the Netherlands about using a modern car-manufacturing method for his chairs. They decided on space-frame technology, where 300 tons of pressure deep-draws a fine steel sheet used for the frame. 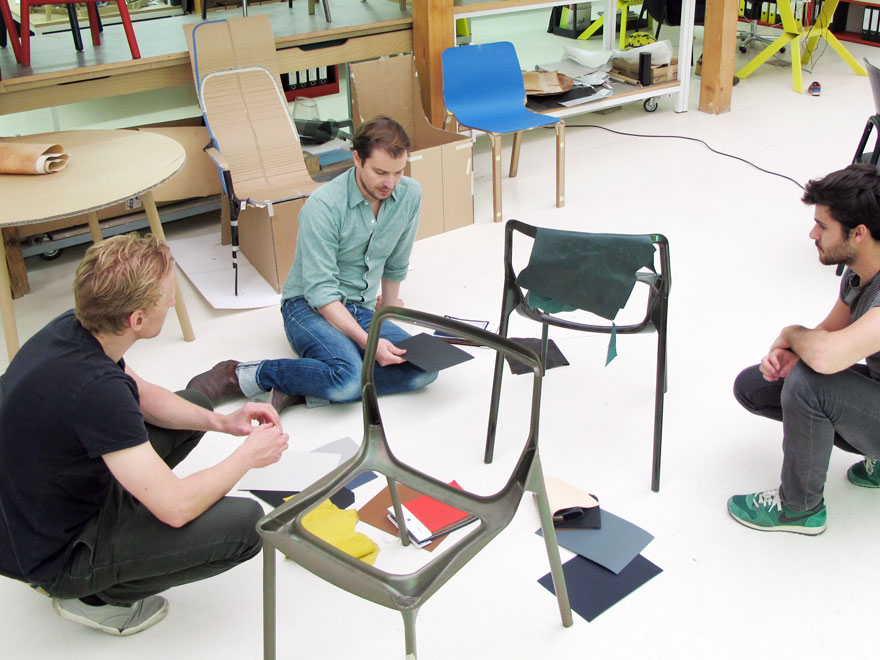 Diez (center) with prototypes of his new Tune chair, which is a reworking of his earlier Chassis design 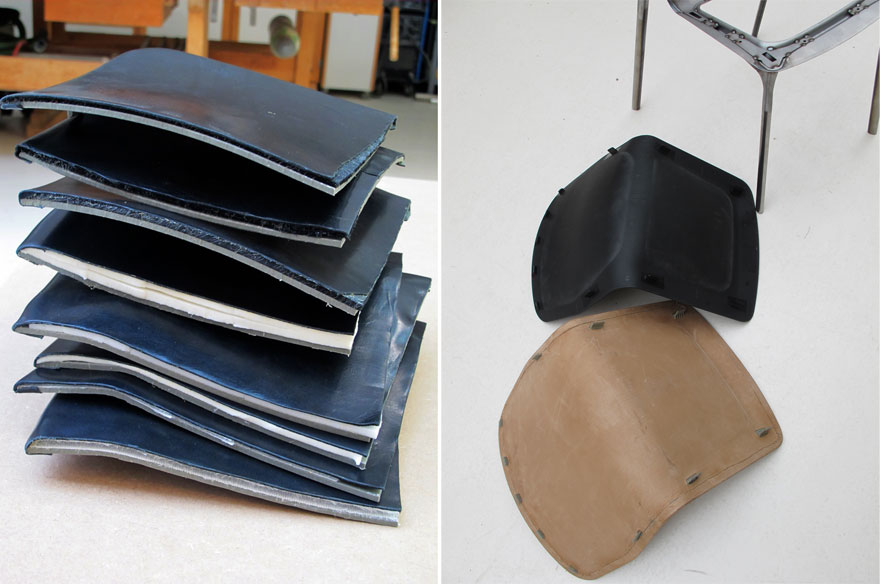 But assembly-line construction is not perfect. Machines impart small errors in pressing and cutting materials. Seven Studies gave him an opportunity to continue to refine the earlier design. "It was my idea to do what is usually understood as post-production," says Diez. This meant hand-finishing the chairs, and inserting a new seat shell, which can be removed and replaced—giving the chair a fine-tuning when needed. (Hence the name.) "The seat itself is exposed to quite a lot of stress when you sit on it every day. Even the best textile will wear out," says Diez. "The customer can remove the shell, send it back to Wilkhahn and get a refurbished chair immediately."

While Diez devised the chair's overall design—including where the shell would snap onto the frame—it was Wilkhahn that actually figured out the attachment mechanism. "I was very much impressed," says Diez. The company developed a polypropylene clip, of which one part sits inside the metal frame, snapping into holes in the steel. The plastic-and-metal fixture, says Diez, "is quite clever." Even better, it's invisible, supporting the designer's vision while staying concealed. 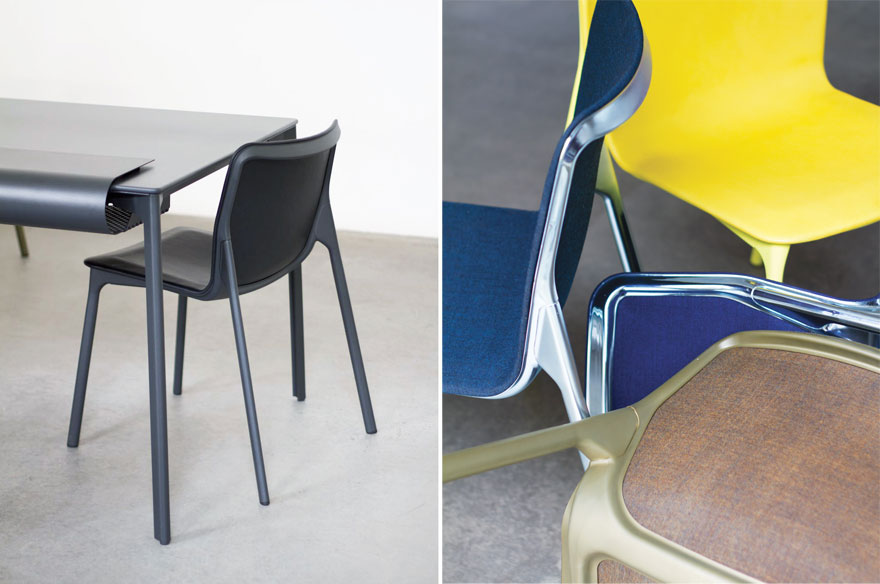 The shell itself is a hard polypropylene layered with 3-D mesh upholstery that doesn't collapse like foam. Over top is a vegetable-tanned leather cover with perforations and pop-art colors evocative of sports-car interiors. (A fabric cover is also available, as is a non-perforated leather version.) The seat was designed for heavy use—in any direction. Diez decided the seat shell should bend down around the edges. "You can see that in very old Eames Chairs. They're comfortable not only in one seating position, but in multiple seating positions, which was important for a 'universal' chair."

The strong construction—and his revision of it—should be around for at least as long as it took him to design the thing. "We have to learn to use technology to develop very good products," Diez says. "It's a good recipe against too much trash."

In the Details: The Polypropylene-and-Leather Seat Shell of Stefan Diez's Tune Chair