Christina Stephens Made A Prosthetic Leg Out Of Legos 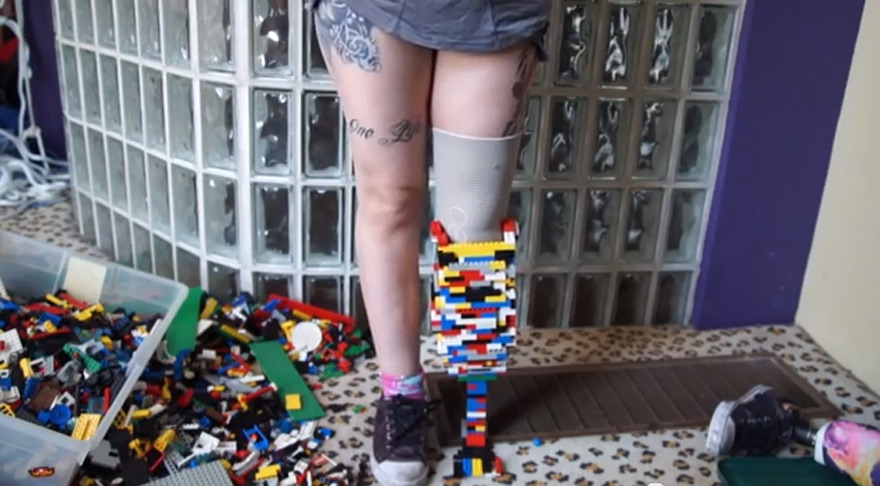 And it worked for a step or two. Some of us may only remember Legos as a childhood staple or one of the first presents we give kids when they're old enough not to eat them, but Christina Stephens took Lego building one step further. Even if she can't walk around in her prosthetic Lego limb for more than a second, it's still pretty awesome. Stephens, an occupational therapist and clinical researcher, made a time-lapse of the project for her YouTube channel "AmputeeOT," which shares videos covering healthcare, occupational therapy, prosthetics, manual wheelchairs, medical equipment and more.

After losing her left leg earlier this year, she took on the challenge of a creating the Lego leg after someone in her research lab jokingly suggested she make a prothetic Lego limb. As mentioned in a write-up on Gizmodo: "The joke's on you—I went home and did it. Please don't do this yourself, I don't want you to fall and get hurt!"

One commenter on the write-up sums it up the best. "She is now the first person in history to be happy to step on a Lego." Not only is this absolutely true, Stephens shows some solid craftsmanship with her creation.

What other childhood building blocks or toys can you see being used outside of the playroom?

Christina Stephens Made A Prosthetic Leg Out Of Legos