Baron Fig: The Creation of the Notebook That's Completely Focused on You, by Joey Cofone 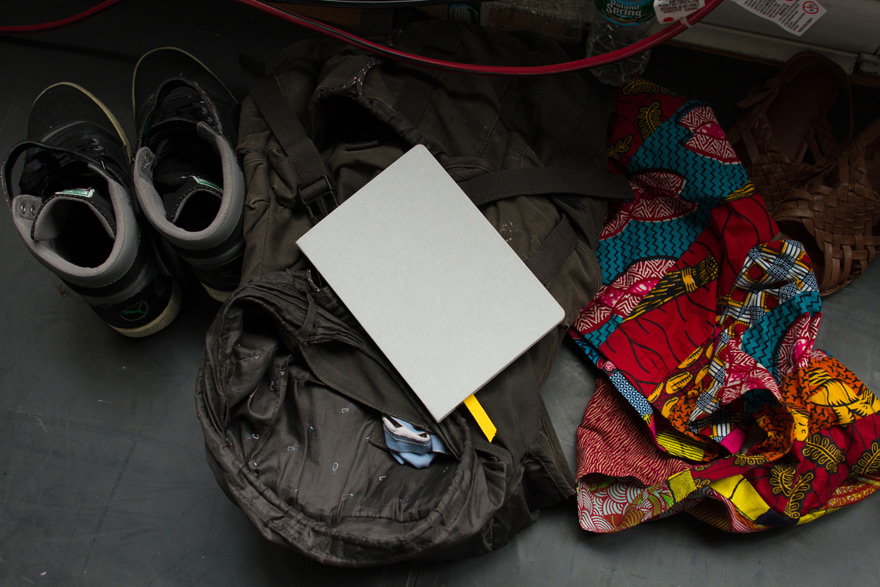 There a few greater joys in life than the creative process. From an unexpected spark of inspiration to refining an idea, starting the process to applying the final touches—creating is the peak of human excellence. After searching for a notebook that would be the ultimate tool for the ultimate activity, and falling up short, we decided to make it ourselves.

All of the leading notebooks on the market have a specific purpose to them. Most are either designed for visual artwork or school work, and a few are made with the specific purpose of taking quick and unimportant notes (scrap). With the help of two friends, we began the important task of attempting to design a book optimized for the thinker spirit.

Optimizing a book for the thinker spirit is another way of saying we're focusing on supporting those who love to brainstorm and create ideas that may not necessarily be visual. We immediately reached out to thinkers all over the world—designers, illustrators, writers, entrepreneurs, and so on—and asked them one question: What do you like in a sketchbook or notebook?

There was one final challenge to overcome before we could actually start talking about the project: naming. We were bringing a new project into the world, and like any other parents, it was time to give our baby a name. After dozens of terrible names we had all but given up, when one evening over dinner I happened to tell my soon-to-be co-founders that I had an affinity for the word "Baron." No reason, but I couldn't get it out of my head. Scott almost immediately—and with no reasoning behind it—perked up and said, "We need a second word. How about Fig?" We all liked it, though we couldn't say why. 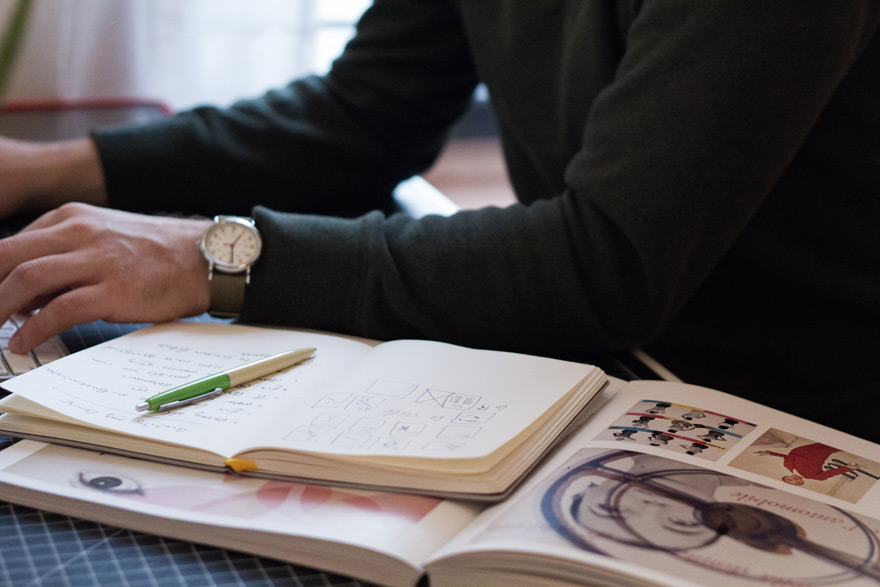 Over the next couple of weeks, I spent all of my time trying to change the name to something that had meaning for the project. I came up with all sorts of thoughtful names, but they just didn't have any panache; the concept behind all of them played on the dichotomy of Order & Chaos that is best represented by the Greek gods/brothers Apollo and Dionysus. Nearing my wit's end, I decided to look into the etymology of "Baron" and "Fig" and was utterly surprised to discover Baron is a derivative of soldier, which is an Apollonian symbol, and Fig is a symbol of Dionysus. Thus the serendipitous realization that it all made sense: Baron Fig—Discipline & Impulse. Now we could finally talk about the project.

The response was fantastic. We expected a few good emails, but nearly everyone we contacted sent back thoughtful and enthusiastic feedback. In just a few short weeks, we had hundreds of emails with all kinds of suggestions, stories and good wishes. With all of this information, it was time to start making decisions.

Using the feedback, we whittled down all those thoughts into several "subtleties." We didn't want to call them "features," because it was important that we were honest with ourselves as well as our audience: A notebook is a tool that has been around for centuries. It's a stack of sheets bound together with a protective layer on the top and bottom. That's it. We're committed to the idea of refining the wheel, not reinventing it.

Some of these subtleties include the ever-important ability to open flat (now you can use the whole spread without losing a third of the page in the gutter); smarter dimensions than leading books, which emphasizes horizontal space and gives the user an overall feeling of more workable room; quality acid-free archival paper; loads of pages; perforated pages at the end and branding-free cover so the book feels like yours, not ours. 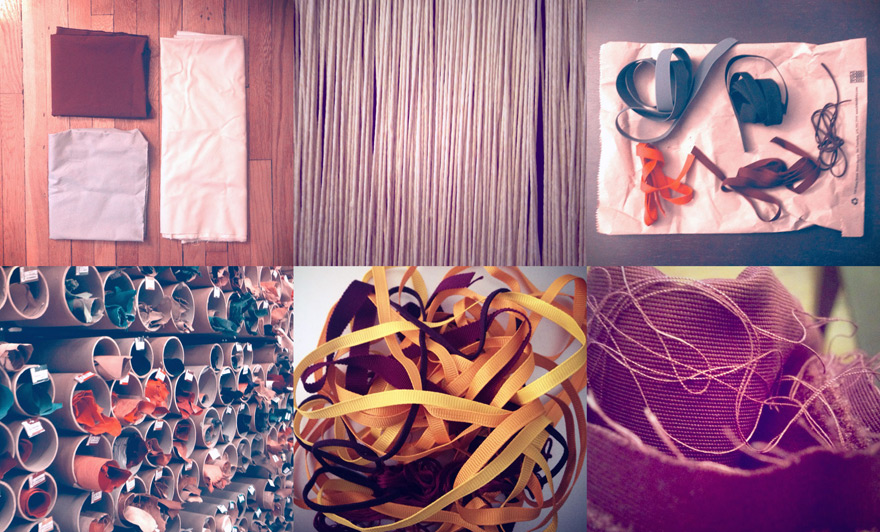 With the help of enthusiastic and willing manufacturers, we slowly began making the book a reality. It took some effort to find the right people to explore production with, but we knew what we wanted: our top priorities were that they 1.) extend our ethical values to their own workplace; 2.) believe in the mission of Baron Fig; and 3.) are as passionate about quality as we are. Once we found people who were on board, we could really start tweaking the finer points of the books.

We explored all kinds of options for each and every element of the book. We went through several materials for the cover—canvas, cloth, cardboard—in a myriad of colors. There must have been two dozen bookmark options laid out on our work table at any one time, some woven, some knotted, rough, soft, thin, thick—it was truly a journey. And those were the easier choices. 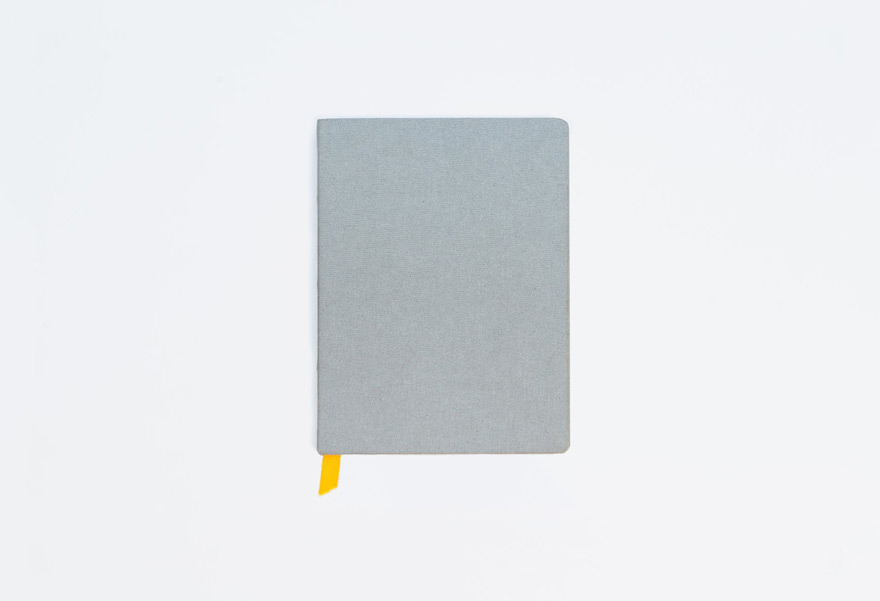 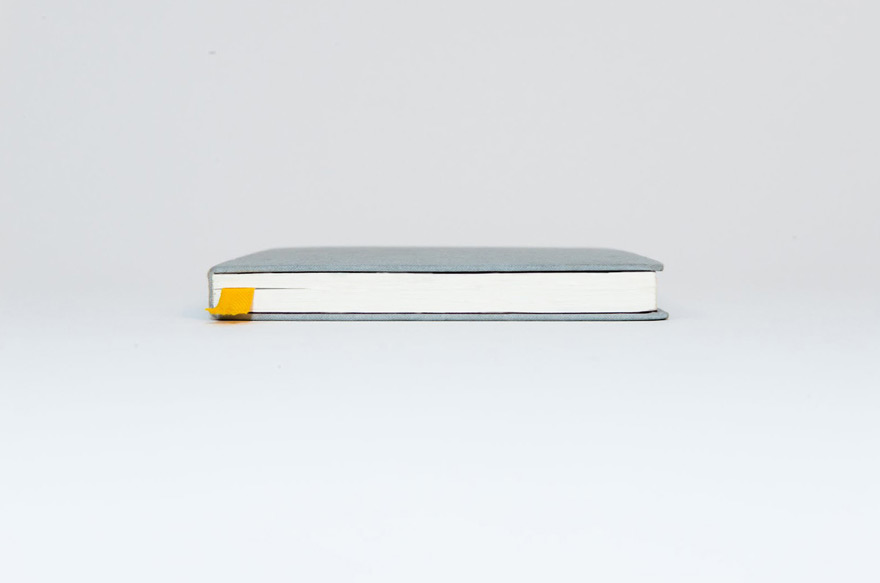 When it came to paper for the pages and endpapers, we really had to focus on every nuance. We looked at dozens of shades and thicknesses in which the differences were barely noticeable; a hair's thickness difference or a 2% difference in color. The available options were daunting and at times we didn't think we'd make it through.

Somehow we did, and in the end we became especially proud of the combination of materials and functionality we managed to combine into a single effective tool for idea generation. The final step was taking all of our hard work and putting it out there on Kickstarter. We launched our 30-day campaign with the goal of hopefully raising $15,000 to make our first large manufacturing order. The concept and work must have shown through, because the response was better than we ever imagined.

We hit our goal within 24 hours. Since then, we've raised nearly seven times our original goal. People from all over the world have sent us their warm appreciation for what we've made, even going as far to request that we add an additional pledge tier for ten books. With a few days left there's still more people to share our project with. It's our hope that our backers will have helped us kickstart a company that will provide great tools for thinkers for years to come.

Check out Baron Fig and contribute to their Kickstarter project here.

Baron Fig: The Creation of the Notebook That's Completely Focused on You, by Joey Cofone