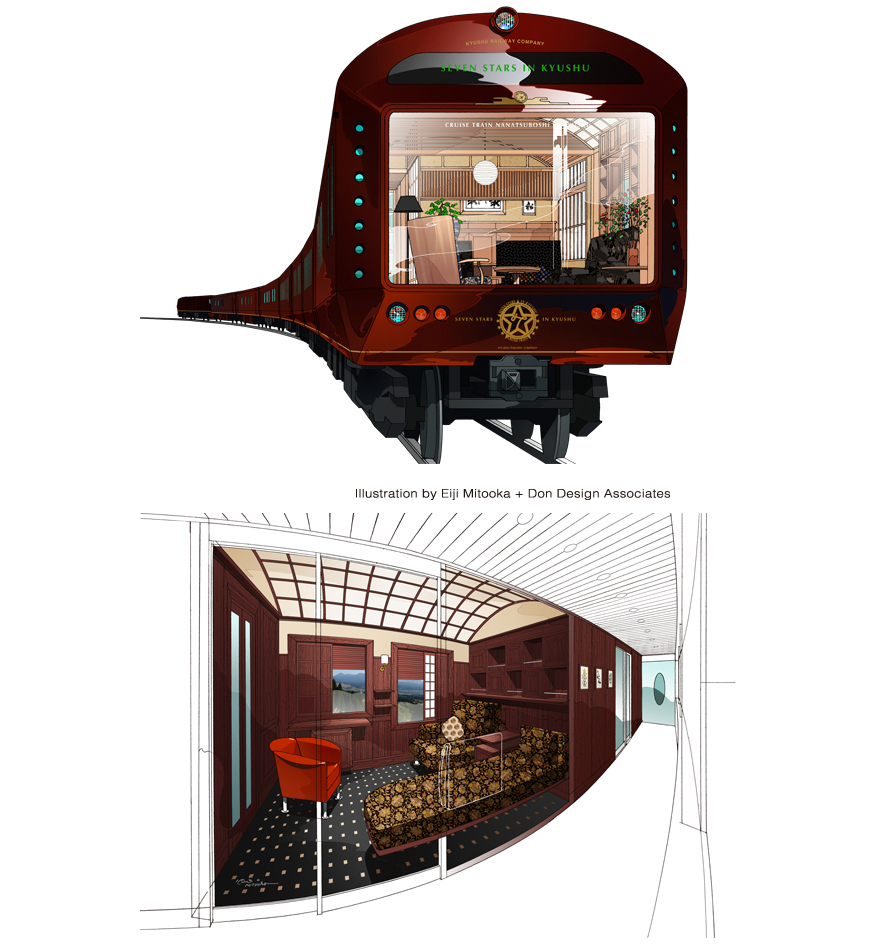 Part of the appeal of a career in industrial design is that the field is so broad, a talented designer can work on a huge range of items, as with Raymond Loewy or the Vignellis. But it's also neat to see designers who have focused on one particular area, and how they can still demonstrate a healthy range of variety within those constraints. One of the more interesting such careers we've seen lately is that of Eiji Mitooka, the Japanese industrial designer who founded Don Design Associates. DDA's focus: Designing passenger trains.

Mitooka's designs for Japan's JR Kyushu train company range from the 787 and 883 series, which have an almost Teutonic or Scandinavian look to them: 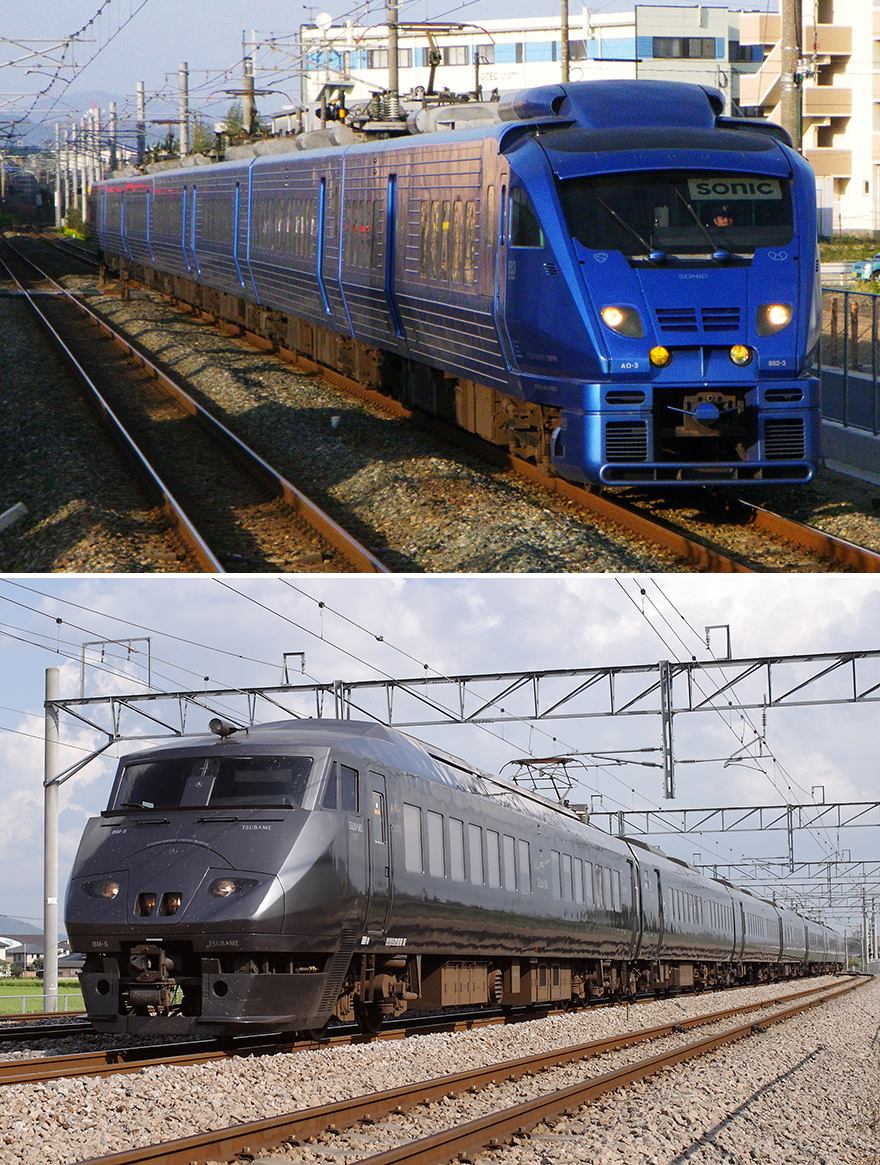 In contrast, his 885 and 800 Shinkansen (bullet trains) are pure space-age: 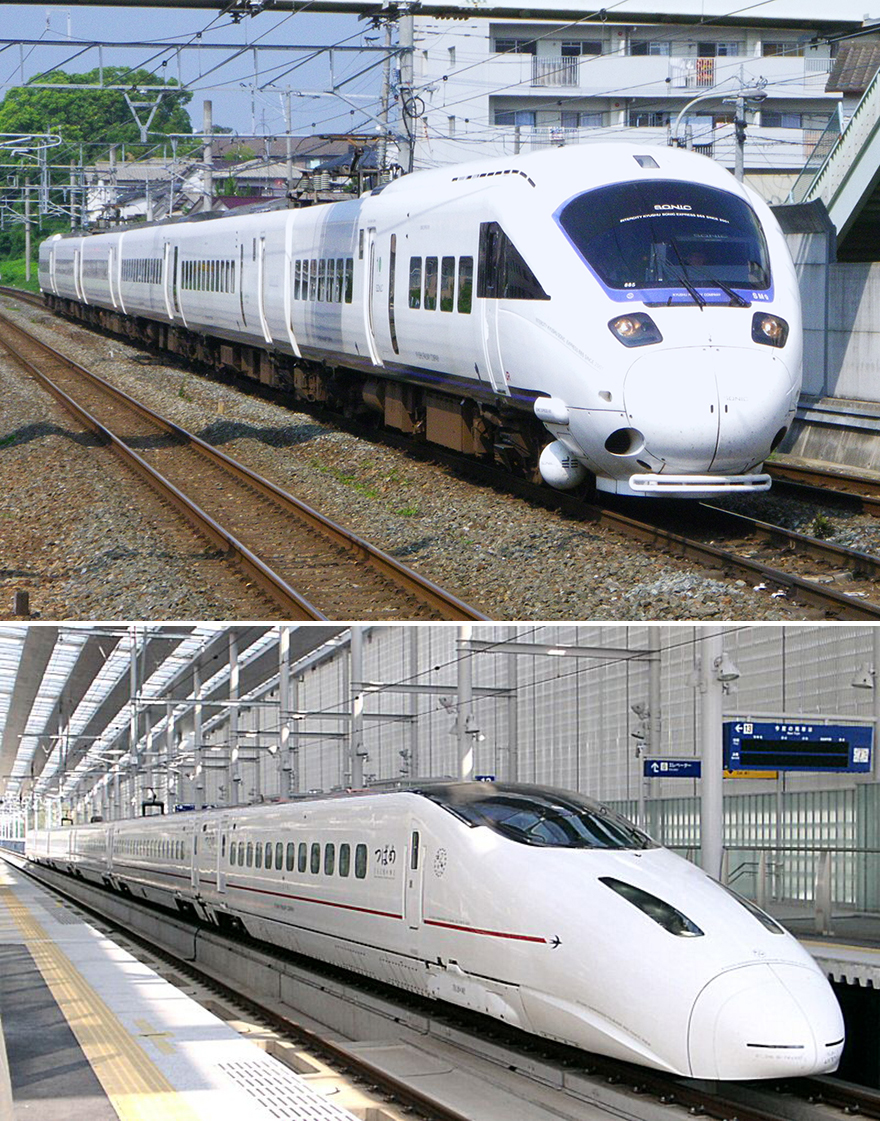 Most interestingly, in the past few years they've branched out into what we can only call pleasure trains, short two-car units that cruise around providing sightseeing tours and serving charter groups. Mitooka's design for the Umisachi-Yamasachi line goes heavy on the wood, both inside and out: 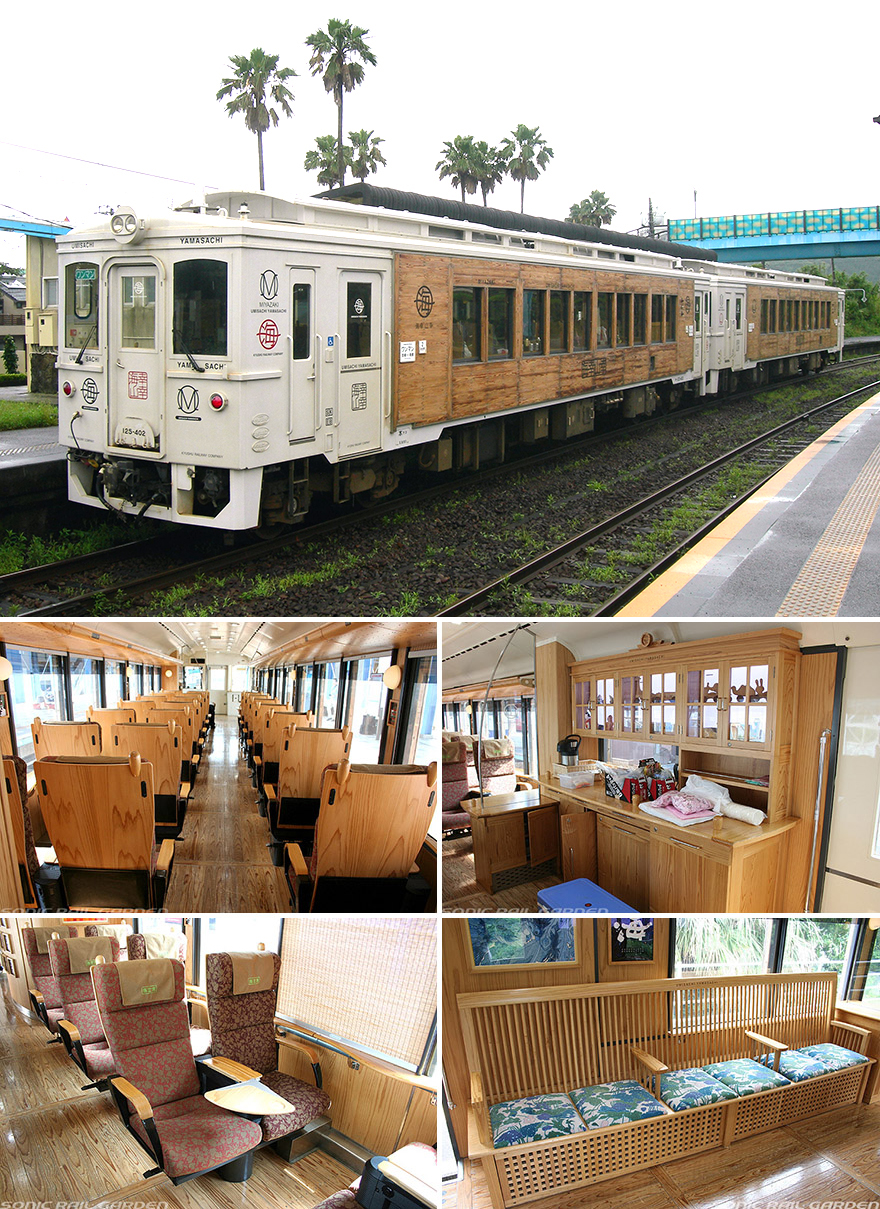 His holiday-going A-train design, meanwhile, splashes out a bit more on the luxe touches. The exterior is done up in classy black lacquer, and the inside sports a full bar: 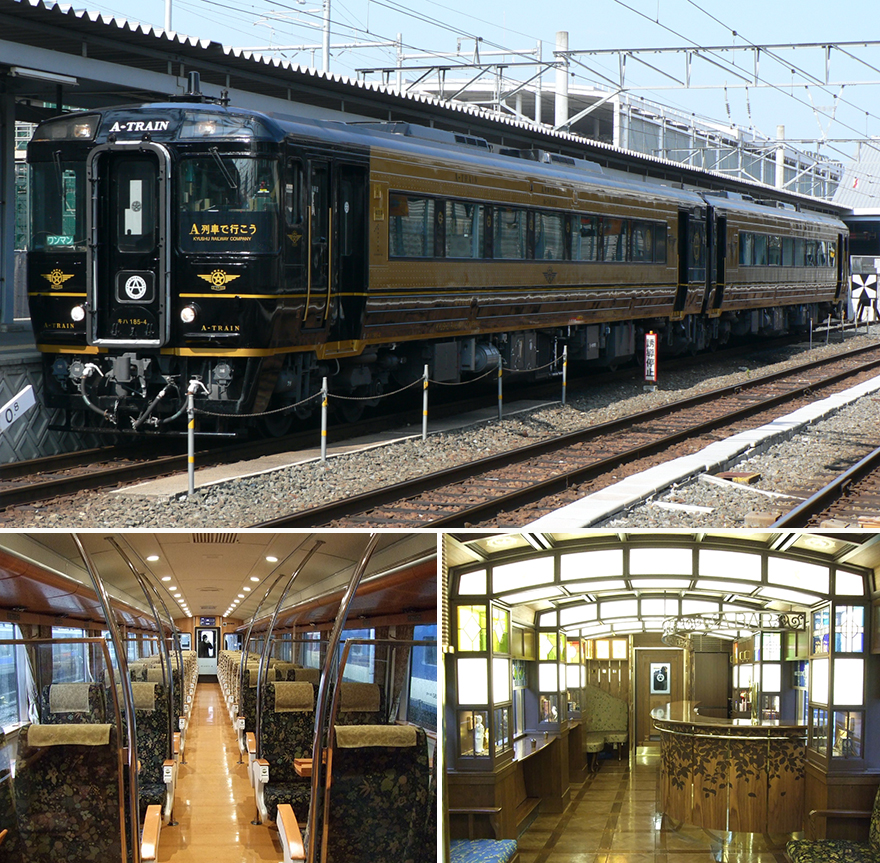 The Ibusuki no Tamatebako is one of Mitooka's more interesting exteriors, combining retro style with a split-personality paint job. Designed to view the coast, the seaward side of the train is white, while the landward side is black. 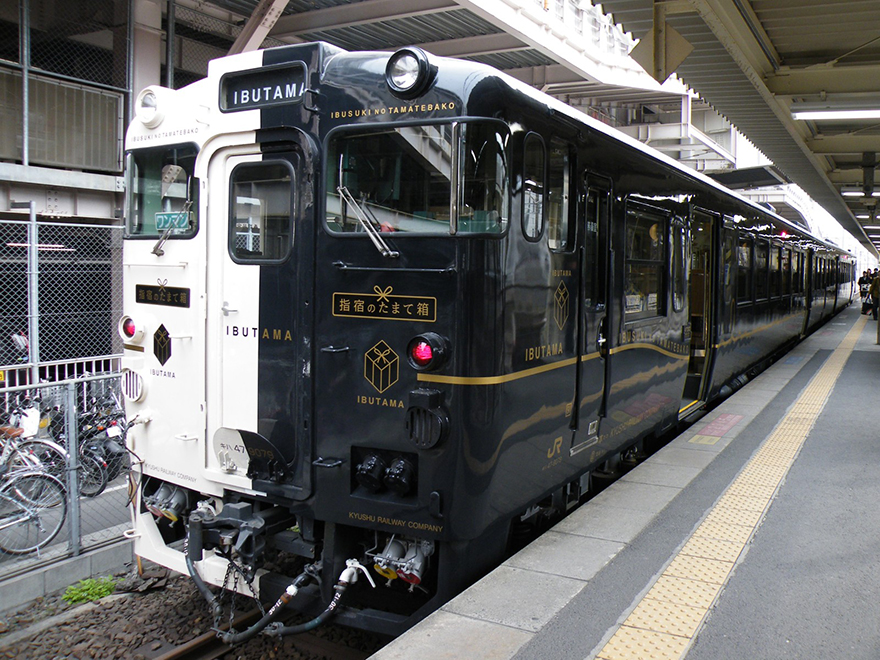 The stark exterior, however, belies an almost bizarrely colorful interior: 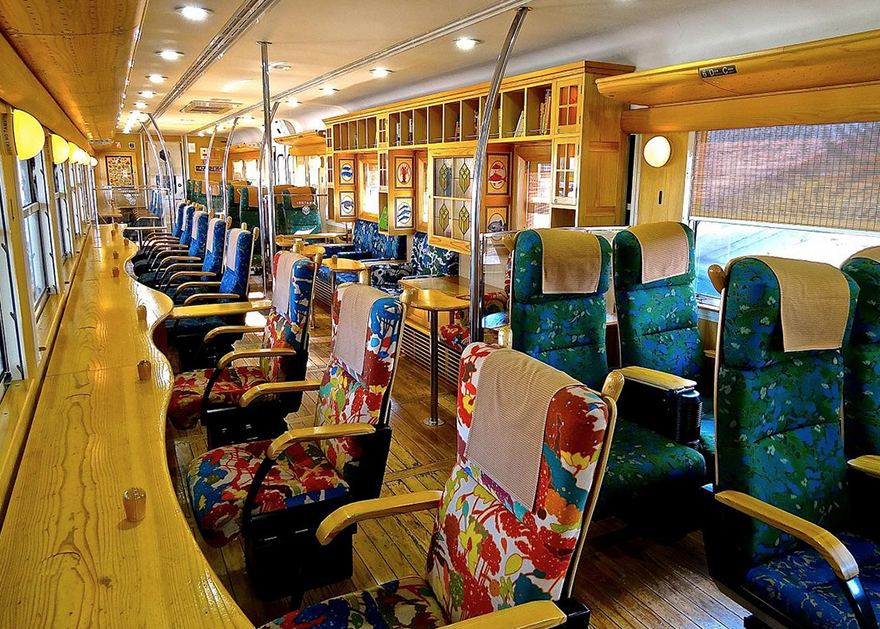 Perhaps his most unusual design is the Seven Stars deluxe sleeper train, a seven-coach touring car that goes into service next month, taking passengers on a four-day land cruise around the seven prefectures of Kyushu. An image of the locomotive unit was leaked while it was still being masked off, primered and painted... 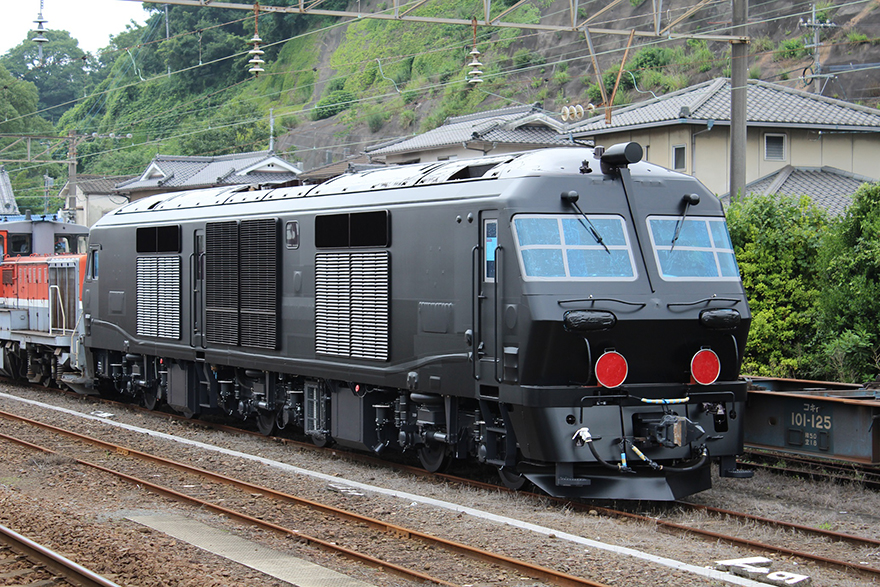 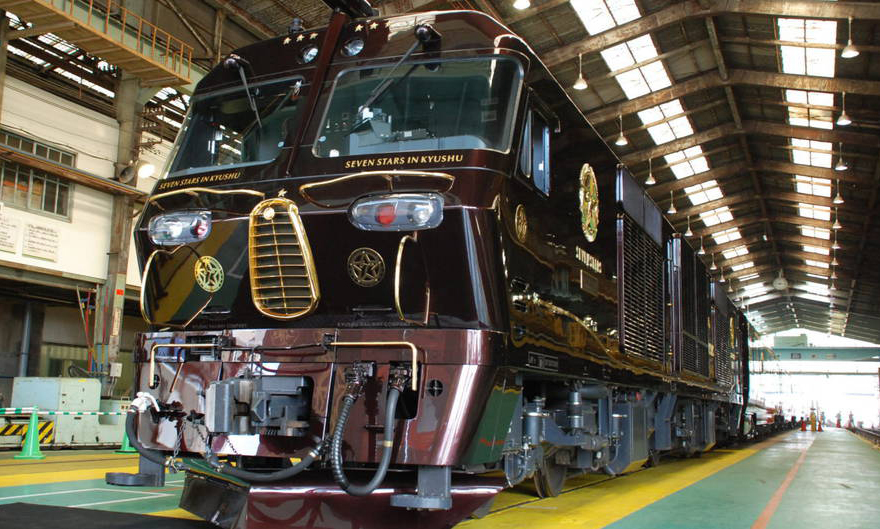 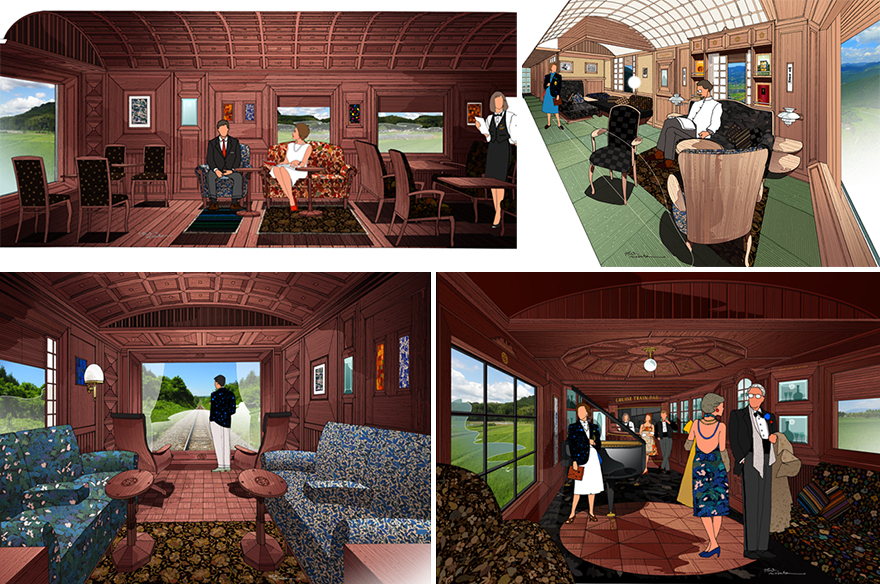 ...while the actual press photos reveal its true opulence:

The Seven Stars will take its inaugural voyage on October 15th.