Lamborghinis are "Designed to Split in Half" in Event of a Crash? We're Not So Sure

Talk about schadenfreude. Seemingly every car blog in the world, and every local paper in NYC, has picked up the story of a Lamborghini crash last weekend in Brooklyn. The notable part of the crash: The $400,000 Aventador hits a tree and splits in half.

Luckily there were no fatalities in the crash, which occurred Saturday in the Mill Basin neighborhood of Brooklyn. But the part that we can't get over is that every single news organization is reporting, with no attribution whatsoever, that the Lamborghini is specifically designed to split in half in the event of a crash. Uh...what? CBS reported that "the Lamborghini severing in half...is a safety feature meant to help protect people inside the car. That safety feature may be the reason the driver was able to walk away from the crash." The Daily News claimed that "The [crash] shows exactly what manufacturers of the $400,000 ride had in mind by designing it to break apart easily on impact, a safety feature that lessens the energy involved in the wreck."

We're not sure this description is entirely accurate. Perusing websites that rate auto safety features, not a single one of them that lists the Aventador mentions there's a break-in-half design.

Here's what we do know: Although Lamborghini does not participate in factory-sponsored racing to the extent of their competitors, they're not above learning a thing or two from F1; thus the Aventador is designed around a carbon fiber monocoque, like an open-wheel car, encasing the driver in a strong but lightweight cage. Here's what it looks like: 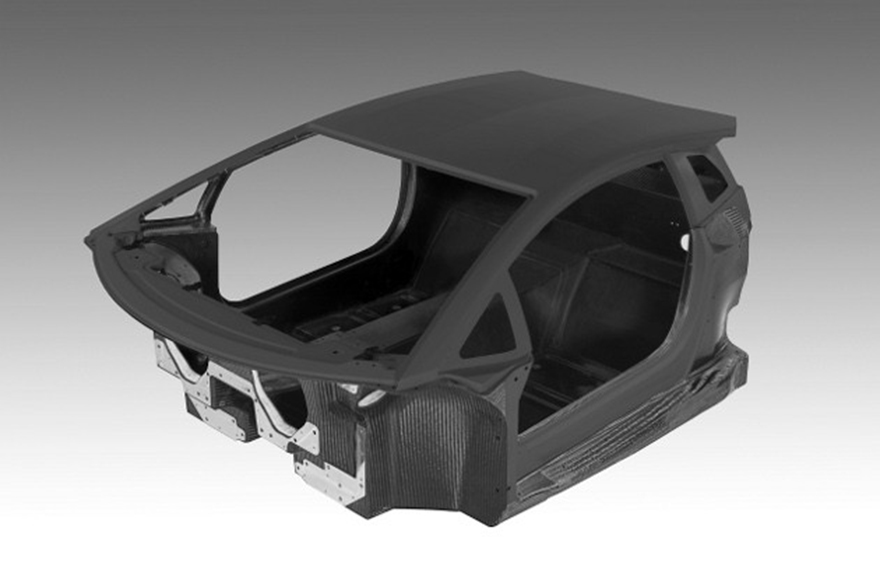 It's simple physics that a chain is only as strong as its weakest link. When this understanding is transposed onto a car, we can see it means that the weakest parts will break first; we saw the wheel come off of an F1 car here, presumably because the suspension struts are weaker than the monocoque, allowing the energy from the impact to shatter them.

What that means to us is that the Aventador's monocoque is simply the most rigid part of the car, and that the strength differential between the monocoque and the rest of the car means the rest of the car is likely to experience catastrophic structural failure before the monocoque. But the thought that Lamborghini designed one half of the car to go careening off into space, and possibly doing damage to cars or people well outside of the crash zone, sounds completely absurd to us.

Any of you car nuts have hard evidence that the car was, in fact, designed to split in half? We're happy to be proven wrong to further everyone's understanding of car design safety features.

Lamborghinis are "Designed to Split in Half" in Event of a Crash? We're Not So Sure