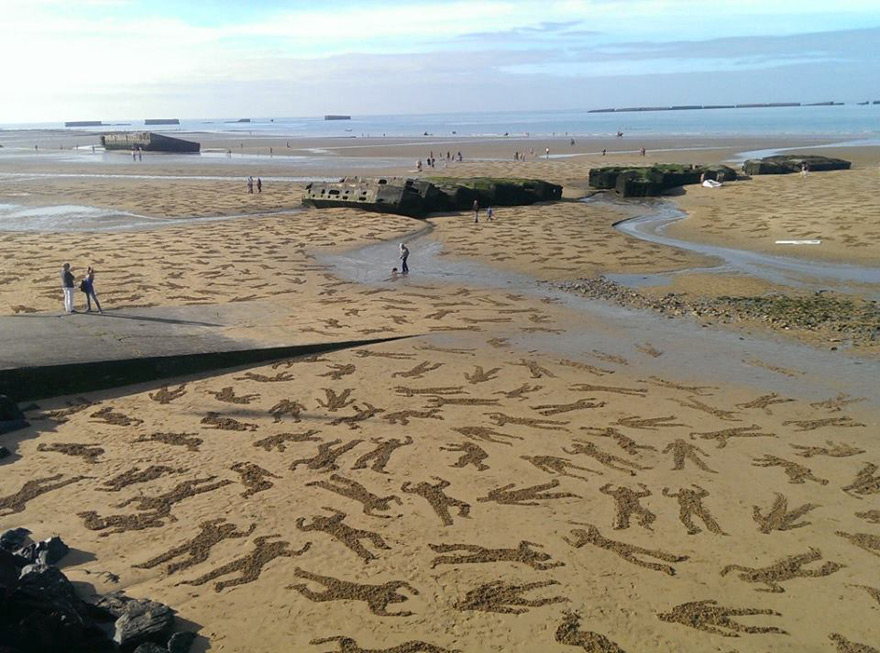 In a tribute to International Peace Day (September 21st), British artists Jamie Wardley and Andy Moss of Sand in Your Eye took a team of 60 volunteers to Normandy beach over the weekend to sketch the outlines of 9,000 soldiers figures into the sand. The installation was created to commemorate the people who lost their lives on June 6th, 1944 and is appropriately titled "The Fallen 9,000."

According to design website Colossal, what started with the artists and 60 volunteers grew to an effort including 500 local residents who jumped in to help after seeing what was going on.

The end result was fleeting and was washed away by the tide after a couple of hours. But these photos most definitely do the project justice: 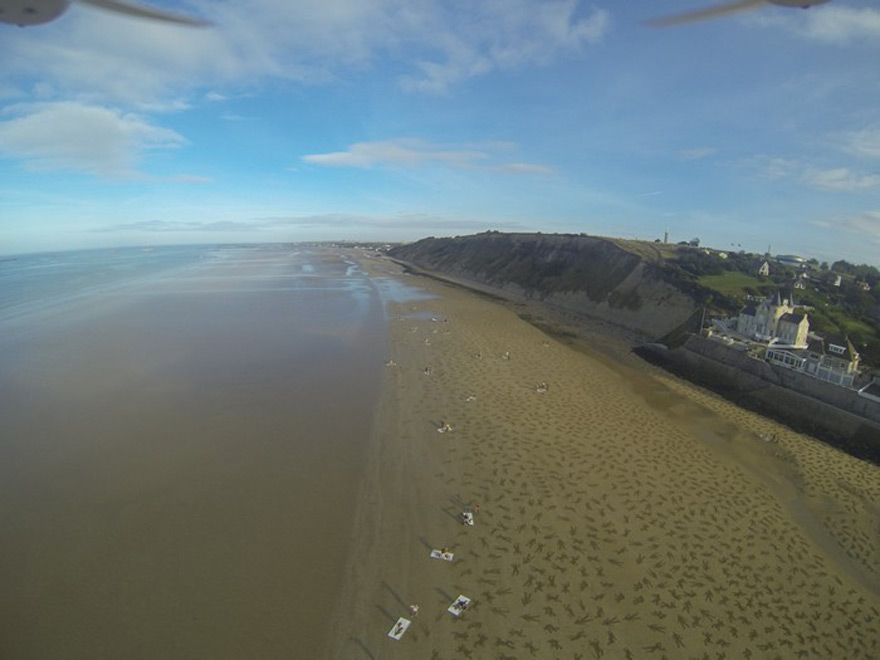 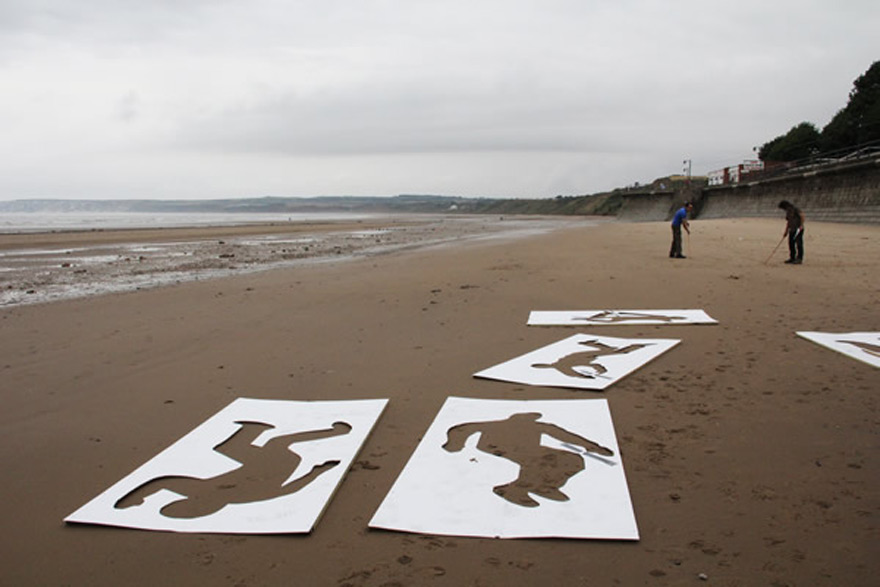 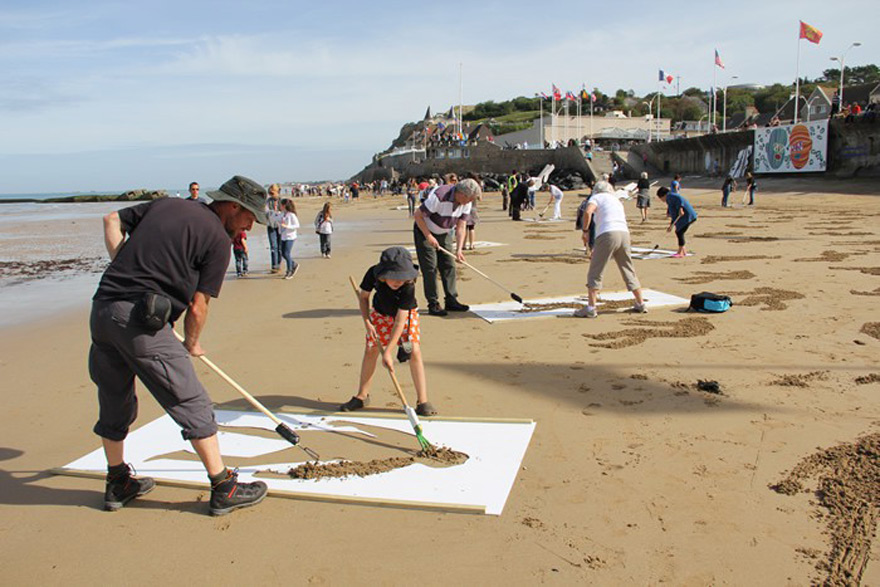 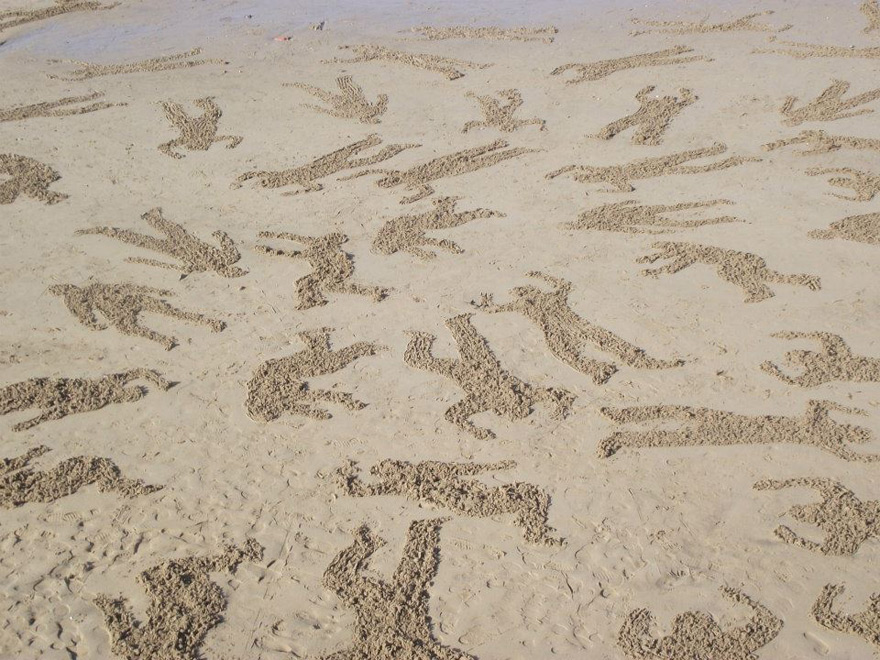 Hat tip to Colossal and Lustik