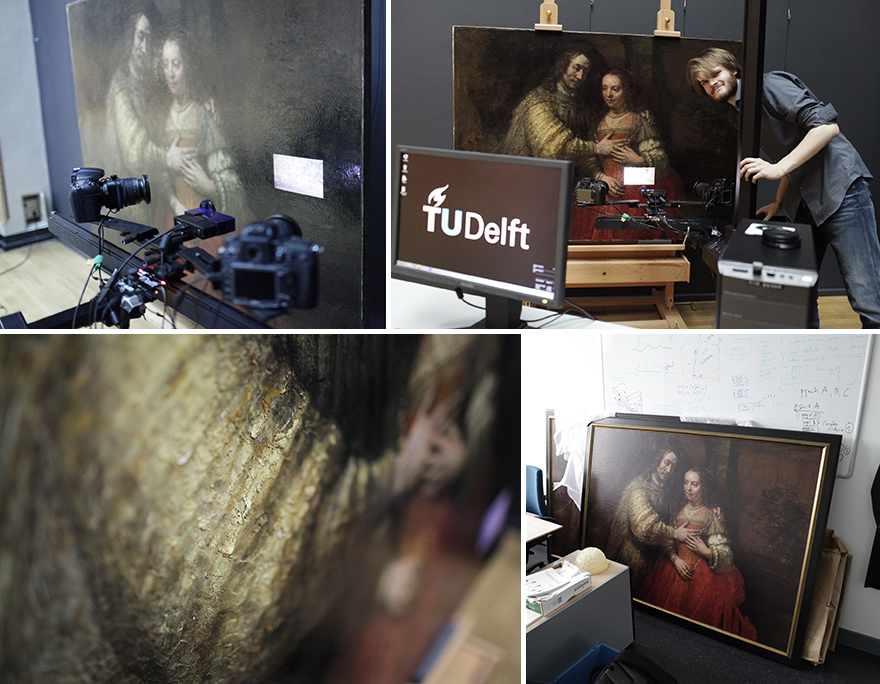 Tim Zaman is doing a PhD in "photothermal tomography" (hi-tech imaging, to nutshell it) at Delft, presumably because his background in biorobotics and mechanical engineering was not challenging enough. And his work is insane. Not only has he X-rayed a Rembrandt to discover ghost figures that were painted over and altered for the "final cut..." 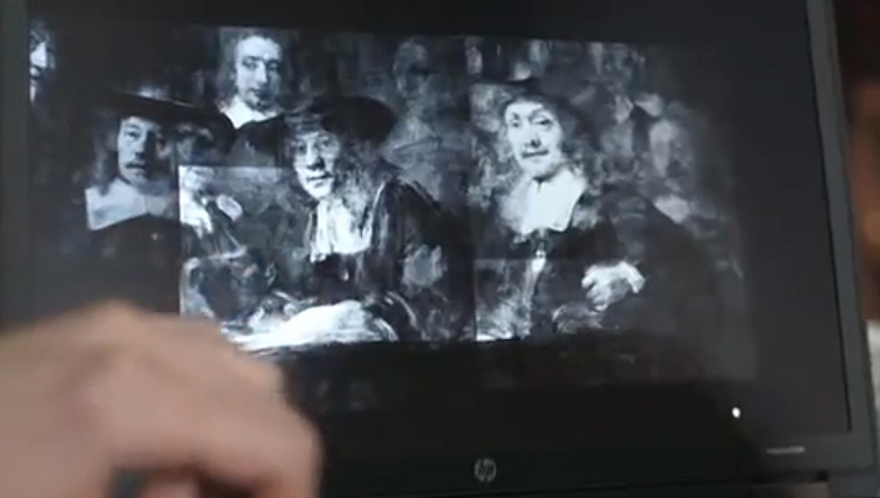 ...but he's worked out an extraordinarily detailed 3D scanning technique. Using two Nikons, a projector, and his proprietary blend of herbs and spices, Zaman is able to scan paintings with such detail that he can accurately map brushstrokes down to the micron level.

As if that wasn't enough, he is then able to render the resultant scan--and use an Oce printer that combines graphics and 3D printing to duplicate the painting precisely:

Watch Zaman describe his process here while an art-loving BBC reporter geeks out over it: