A couple of years ago, we looked at inflatable structures used for events and disaster relief. And exactly two weeks before that post aired, on March 11th of 2011, a devastating earthquake-tsunami combo ripped through Japan, permanently shifting the main island eight feet to the east and triggering the Fukushima disaster. While Fukushima is a problem with no end in sight, we were surprised to see a rather unusual inflatable structure is now making its way around Japan's disaster-affected areas, for reasons of morale.

Michael Haefliger may not be able to stop Fukushima, but as the artistic and executive director of the Lucerne Festival music event, he is doing what he can to mitigate the aftereffects of the disaster. "Since we at Lucerne Festival have maintained a very close relationship to Japan for many years, I felt a strong desire to make a contribution to overcoming the consequences of the catastrophe, within the scope of what we have to offer," Haefliger told the Telegraph. His idea was to put on a roving concert in the troubled areas using a massive, traveling, inflatable concert hall. 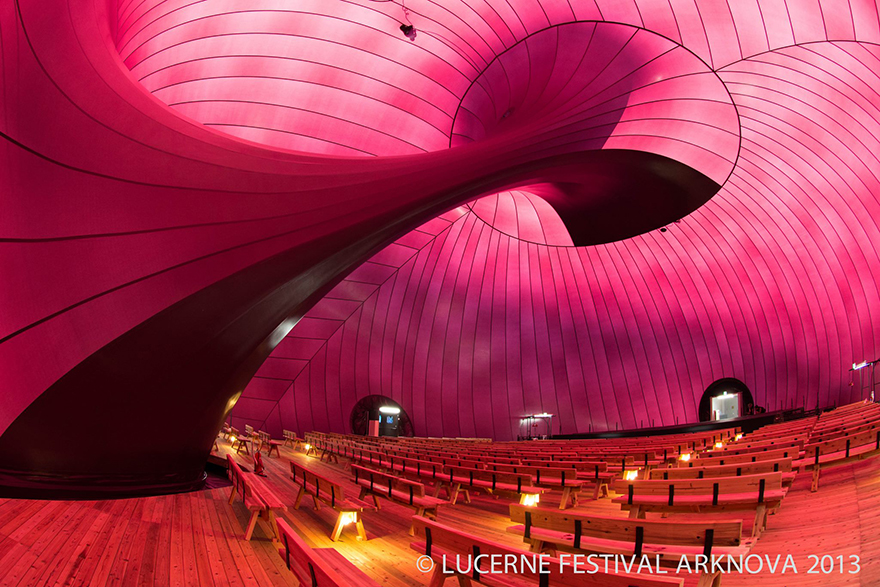 By collaborating with British artist Anish Kapoor and Japanese architect Arata Isozaki, he was able to bring his vision to fruition. Next week the amazing Ark Nova, as it's called, will have its opening weekend at the Japanese coastal town of Matsushima. The 18-meter-tall, 30-by-36-meter structure will be kitted out with pews and acoustic reflectors created from local cedar trees damaged by the tsunami, and the bulk of the structure is made from an unspecified "coated polyester material." Boasting a capacity of 500, the Ark's first event will be a a concert by the Sendai Philharmonic, with following days to include Kabuki performances and musical workshops for children. 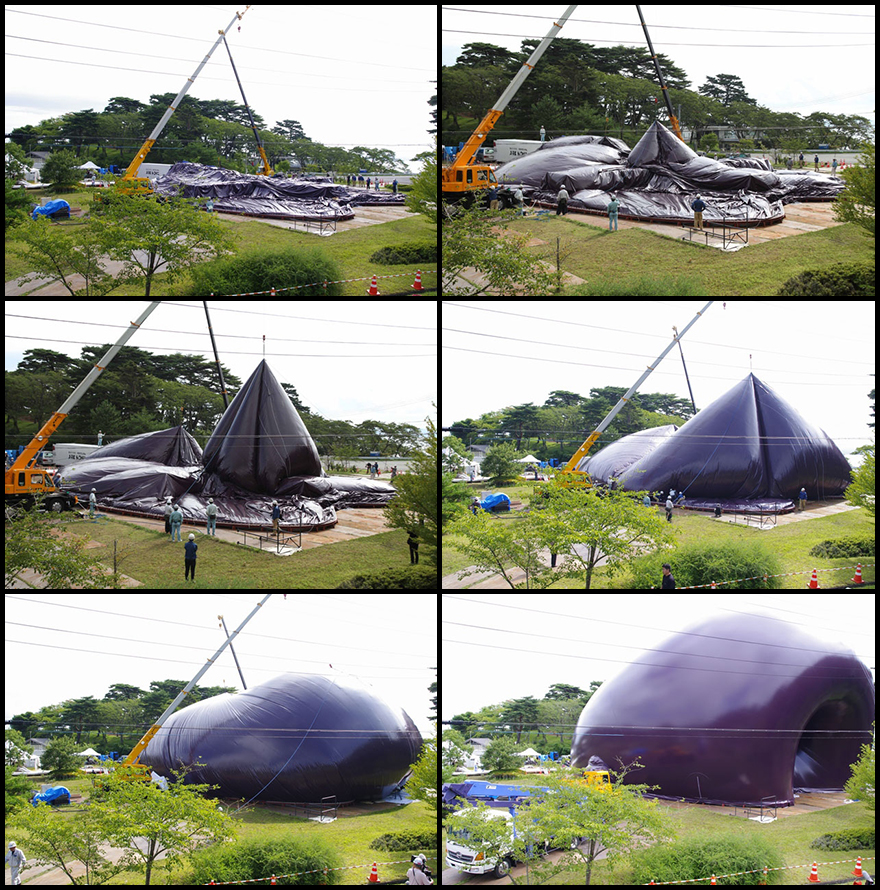 Those in Japan who want to keep abreast of the Ark Nova's performance dates can do so here.