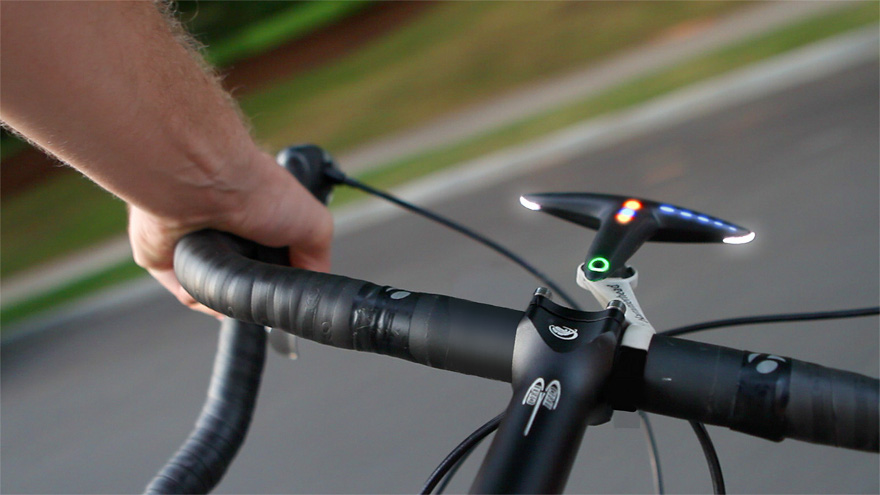 One great thing about smartphones is that they present a readily-accessible map and GPS for directions. As long as you have access to a network, it's much harder to get lost while wandering around a new city or an unfamiliar part of your town. But that's also a downside: Smartphones are screen-based creations, and even though new smartphone maps applications feature voice directions, those don't make as much sense on a bicycle.

The Hammerhead, an attachable device for you bike handles, addresses this problem by providing directions not with sound or direct visuals but simple flashes of light in your peripheral vision. With $51,000 raised on Dragon Innovation, the Hammerhead device works with an app of crowdsourced biking directions. This latter part will be good news for cyclists out there looking for the optimal route from point A to point B, which isn't always the same as when you're driving or walking. Data is communicated from your phone to the device via Bluetooth.

Although they are limited to functioning peripherally, the lights can communicate a surprising amount of data. They indicate turns and circles, as well as distance to destination and other useful details like the start of a tough climb. There's even a compass, indicated by a red dot, and the front of the device acts as a headlight for oncoming traffic. 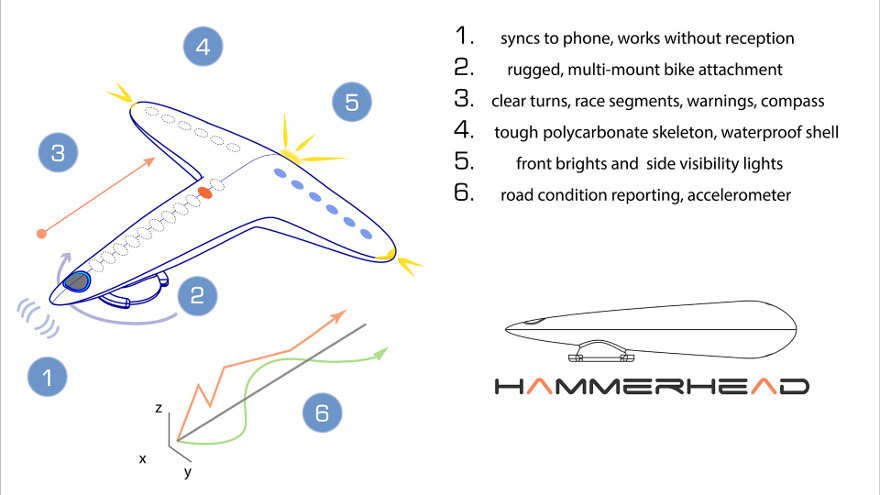 As with any smartphone-powered device, the potential power drain of a device like this is the biggest issue for me. Unlike a car, bikes don't yet have an affordance to plug in a device for charging while moving. But assuming you have the right battery life, the concept here makes a ton of sense: help cyclists figure out where they're going without sacrificing just how important it is to keep your eyes on the road.