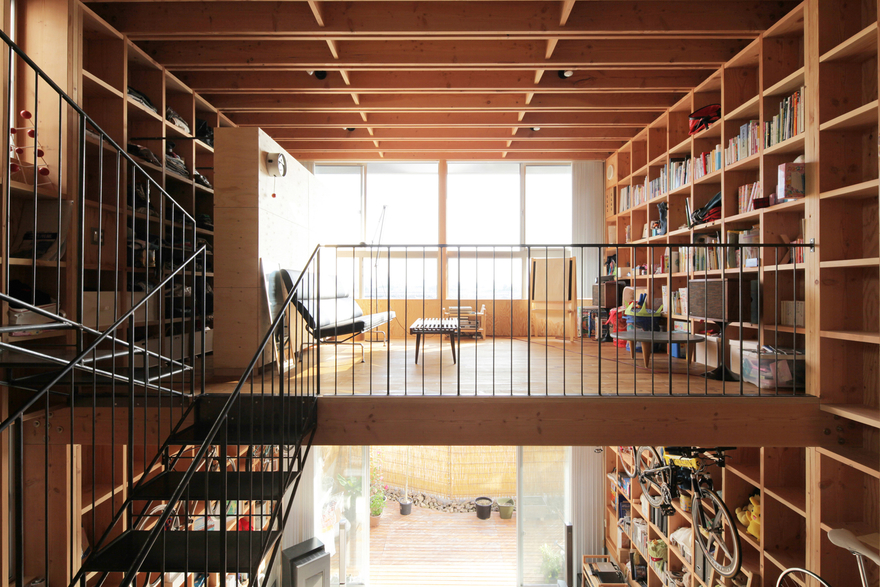 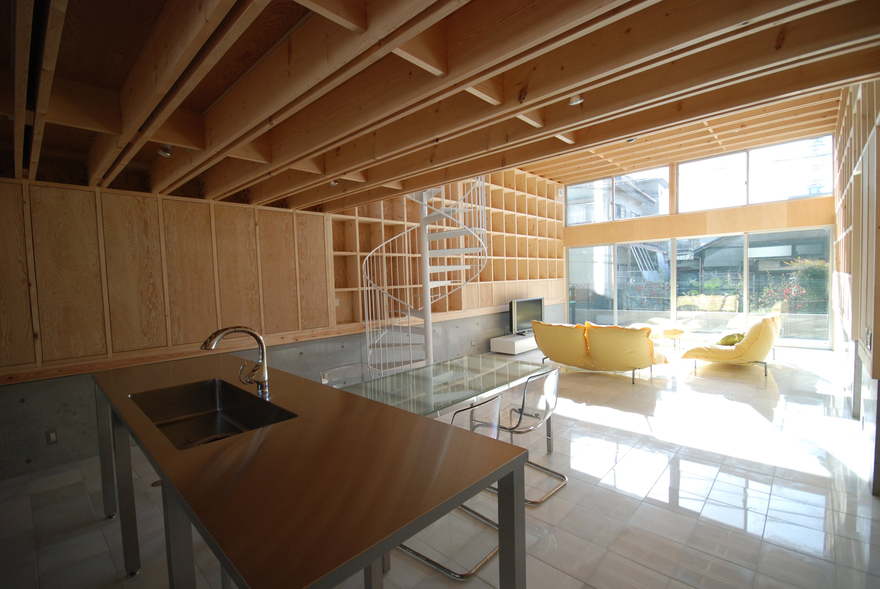 If you're designing urban homes for Japan, you've automatically got two built-in problems: Earthquakes and tiny building footprints. Japan's seismic woes are well-known, and the nation's space-tight cities mean you're always dealing with narrow frontage. The traditional way to combat the former is to use shear walls, which combine bracing and cladding in such a way as to prevent lateral motion. (Think of an unclad wall made from vertical studs, and how it can potentially parallelogram if the floor or ceiling moves; nail some sheets of structural plywood to it and the problem is basically solved.) The traditional way to combat the latter is to design spaces that admit a lot of sunlight and ventilation through that narrow piece of frontage. But that openness doesn't jive with shear walls, which by definition are clad.

Here with the solution is architect Kiyoshi Kasai and his "Wooden Box 212" construction method, which uses wood yet enables large, column- and partition-free spaces. As he describes the issue (roughly translated from Japanese),

With narrow-frontage urban housing there is a conflict with providing a window for lighting, ventilation and entrance and reconciling that with a shear wall on the same side.... The design preference in recent years has been to seek a sense of transparency and openness via a wide opening in the outer wall surface of the housing, but achieving this with conventional wood is difficult.Kasai's system thus combines a dense series of trusses that, once clad, become sturdy and seismic-resistant shear walls along the sides of the structure, allowing the front and rear to remain open to architectural whimsy. There are no pillars cutting into the space, providing a sense of openness. Here's how one side of one of the trusses goes together, using nothing more than lag bolts and a spacer plate:

By ganging a bunch of these together and cladding it in structural plywood, you then get an extremely sturdy structure. Because the juncture of the horizontal and vertical members is repeated so many times, any lateral motion and racking is spread amongst such a great number of components that the integrity remains.

Even better, Kasai has designed the entire system to be constructed from 2x12s—both the columns and the beams. This greatly simplifies materials acquistion while reducing costs. It also solves the problem of construction waste—cut-offs are used to create interior shelving. 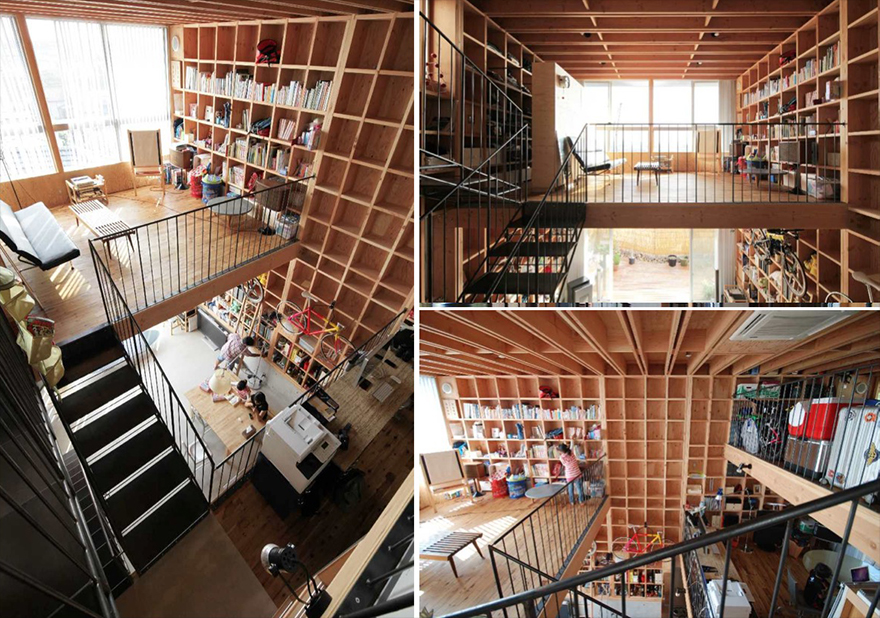 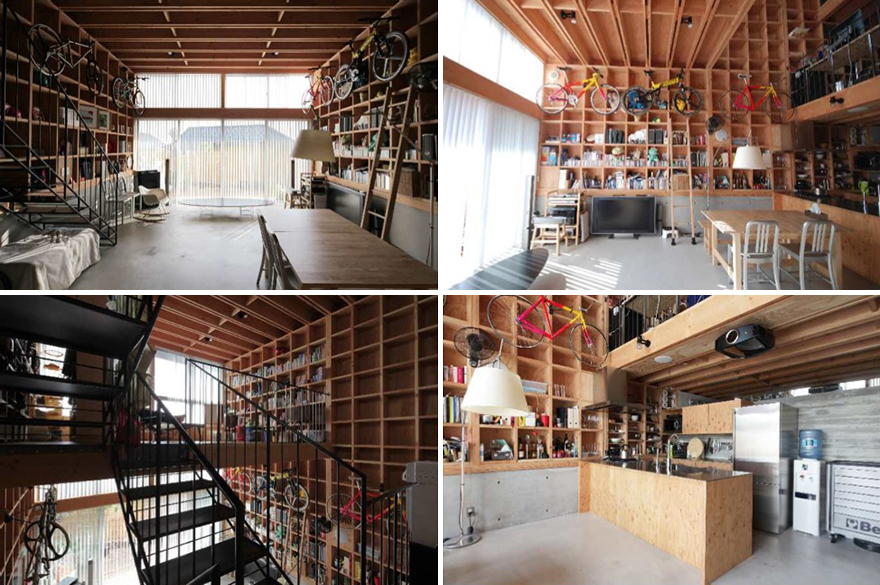 As with the Paperglass we looked at earlier, this is no concept; Kasai's Wooden Box 212 system is the result of extensive testing and research, and earlier versions have been incorporated in actual structures since the '90s. He was awarded a patent for the system in the mid-2000s (a patent described as a "shockproof frame"), but it is just this year that it finally won a Good Design Award.