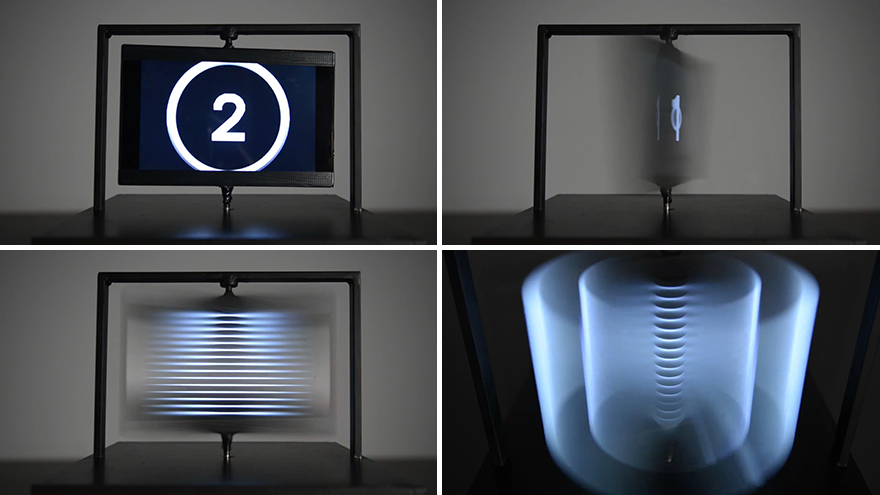 Here's an unforeseen application of televisions going from CRT to flatscreen: Thin as they are, you can now place two of them back-to-back. And then mount them on a spindle. And rotate them really, really fast. Why? To achieve an amazingly clever 3D display:

Called Full Turn, this project is by Benjamin Muzzin, a student of Media & Interaction Design at ECAL / University of Art and Design in Lausanne.

With this project I wanted to explore the notion of the third dimension, with the desire to try to get out of the usual frame of a flat screen. For this, my work mainly consisted in exploring and experimenting a different device for displaying images, trying to give animations volume in space. The resulting machine works with the rotation of two screens placed back to back, creating a three-dimensional animated sequence tha t can be seen at 360 degrees. Due to the persistence of vision, the shapes that appear on the screen turn into kinetic light sculptures.

While the light sculptures are undeniably cool, the appearance of the ballerina around 1:10 shows that Muzzin's creation can have representational, not just artistic, applications.