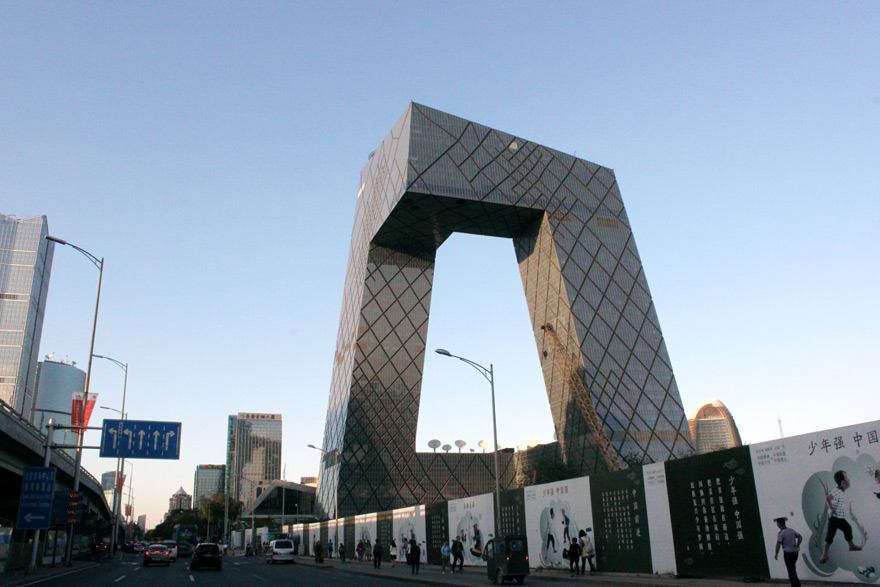 It so happens that I upgraded to the iPhone 5s just before I took off for Beijing Design Week, and once I'd acclimated to iOS7—arguably a more significant new development than the improved hardware—and a bout of jet lag, I found myself playing around with some of the other new features of the device. I'd assumed that the Slo-Mo video feature would be gimmicky at best (and maybe it is), but I must say it was surprisingly fun to explore a cinematographic trope with a smartphone camera.

The media tour of Beijing Design Week was, in fact, a perfect opportunity to play around with the Slo-Mo camera: Since the venues are spread out throughout Beijing, we spent a not insubstantial proportion of the time simply getting shuttled around town by a hapless Shifu. Several of major building projects—namely the Rem Koolhaas' CCTV Building and Zaha Hadid's Galaxy Soho—happen to be adjacent to major north-south routes in the Chaoyang District, which extends from 798/751 down to the historic city center (i.e. Tiananmen Square and Dashilar), so our time in transit doubled as an incidental architecture tour.

In other words, I had a lot of time to kill on the bus, and Slo-Mo video almost justified the horrendous traffic of Beijing... almost.

HD highly recommended (though I realize it may take some time since I've embedded a handful of vids below)... 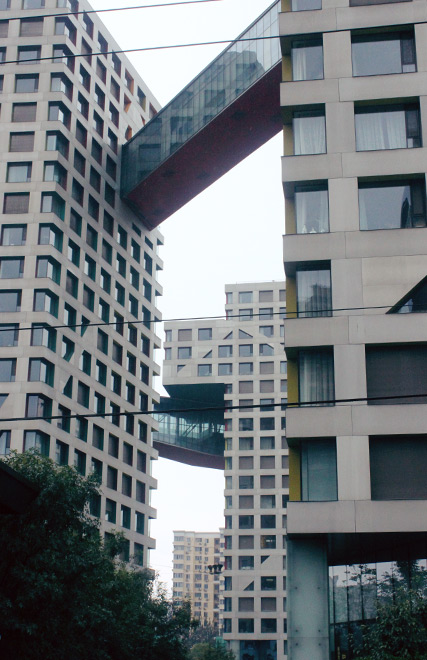 Here, for shits and giggles, are a few test shots:

Lastly, a few 'pro tips' (by which, of course, I mean amateur ones):

- Obviously you'll need a bit of free memory. I'm kind of regretting sticking with the cut-rate 16GB 5S, though I don't know if I would upgrade on account of mo' Slo-Mo.

- I have yet to face issues with battery life, but I imagine shooting at 120fps is more demanding than your average phone use scenario—maybe not four times as much, but certainly more than regular video or photo.

- This is even more basic than Cinematography 101, but it helps to keep the camera steady and to move it at a steady speed; Slo-Mo compensates for the former user error to some degree, but the latter is especially important to maintain a consistent frame of reference for the Slo-Mo segment.

- Landscape format is strongly preferred (apologies for breaking my own rule here).

- Since Slo-Mo also affects the audio, it works best when there's 1.) clear, constant audio or 2.) white noise in the background, i.e. the engine of a bus or train.

- You can trim the clips after the fact, so your best bet is to shoot more than you think you need and edit it down to less. (Actually, this is true of any kind of media production in the digital age: the more raw footage/content you have to work with, the better.)

- Lastly, there's no easy way to export the slo-mo'ed video directly from your phone to your computer—I uploaded these videos directly to YouTube—but there are a number of workarounds out there, from simply e-mailing it to yourself to re-editing the clip in iMovie, but it's a little bit annoying that you can't directly port it over to a Quicktime vid (or, for that matter, choose to keep an original and slow version, as with HDR).