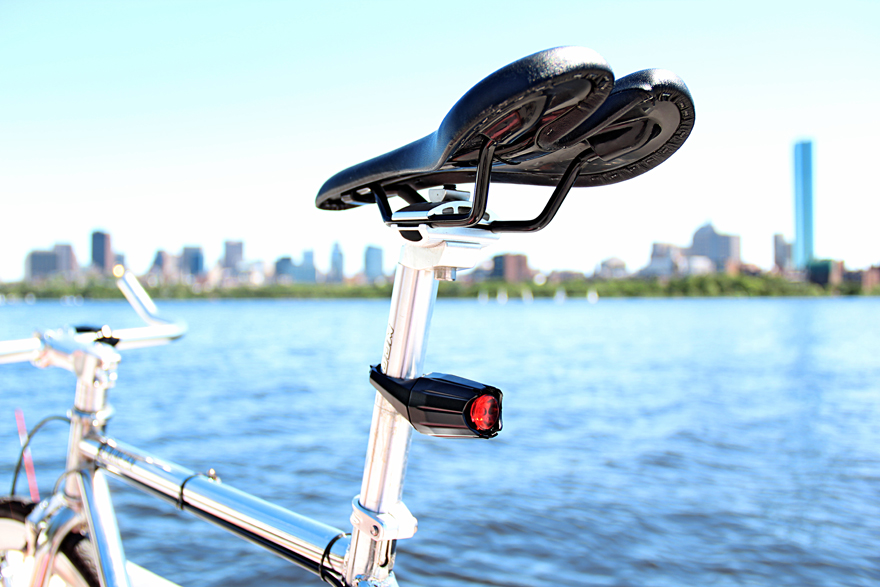 When Slava Menn of the Fortified Bicycle Alliance decided to design a theft-proof bike light, he solicited ideas from as many bicycle enthusiasts, engineers and passersby as he could convince to offer an opinion. So when he was ready to put the light's mettle to the test, once again he turned to the crowd.

One afternoon last year, Menn and his business partner, Tivan Amour, headed out to Kendall Square in Cambridge, Massachusetts, to invite passersby to walk away with their theft-resistant bike light. The team announced in poster board and Sharpie: "Free bike lights... if you can steal them." Next to the light, Menn offered an array of bicycle light–busting tools: needle-nose pliers, an Allen wrench, lock wrenches and heavy-duty plumbing wrenches. If strangers could pry the light from the bike in two minutes ("No opportunistic thief will spend more than two minutes," explains Menn), the light was theirs to keep.

Over the course of an hour and a half, 20 to 30 people faced off against the lock. Menn believes the location offered a strong set beta of testers. "It's a tech-y, entrepreneurial community," he says. "But it wasn't until we got a bike-shop mechanic coming in that we got a little bit nervous." Thanks to the early wisdom of the crowd, not a single light was stolen.

In April 2012, their bike light, called the Defender, pulled in $84,728 on Kickstarter—nearly $67,000 more than their goal. The funding was great, but the feedback was arguably more valuable.

When Menn began the design process several months earlier, he quickly realized that the light's security depended on finding the right screw. Choosing any old hardware-store variety meant potentially granting easy access to the wrong person, so Menn tried out something a bit tougher to turn: a Torx security screw. During the Kickstarter campaign, however, several backers pointed out that they could order a tool online that would defeat it.

Convinced that his light was still too vulnerable, Menn conducted more research. At the time, he was reading Walter Isaacson's Steve Jobs biography. A tidbit in the book sparked a new screw design. "Because Apple doesn't want people opening up their computers, they use a pentalobe-shaped screw head," explains Menn, who decided to employ the same shape with an additional dot in the middle to secure his lights.

Since the Defender's launch, only 12 of the 5,000 lights out in the world have been stolen.

Now Fortified is working on two new models, Aviator and Afterburner, which are the focus of a current Kickstarter campaign. With them, Menn and Amour took a few more steps to discourage thieves. First, they added an additional screw; both screws need to be loosened to extract the light. They also sunk the fasteners down into the aluminum construction and covered them, making access for those without the right tools or knowledge all the more intractable. 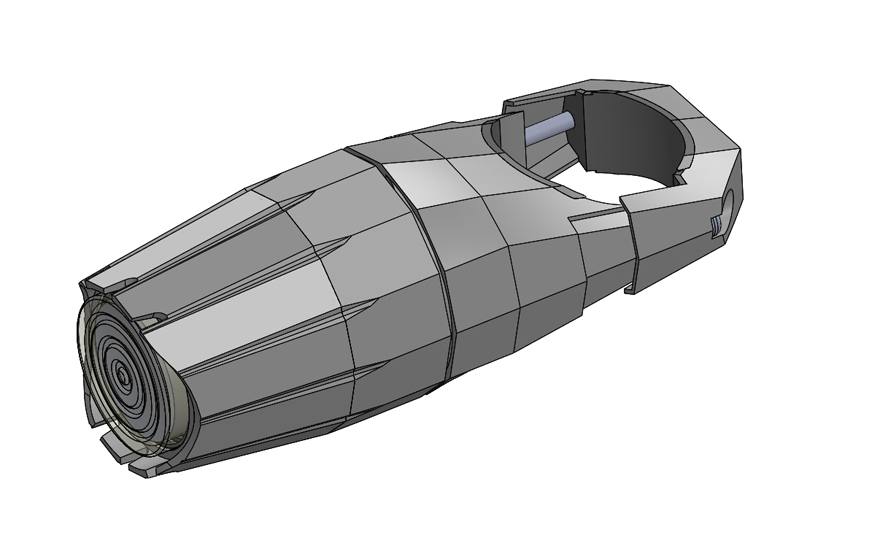 This drawing shows how the Aviator latch mechanism slides open. Fortified covered the security screws to prevent would-be thieves tampering with the lock by grabbing onto the neck of the screw. 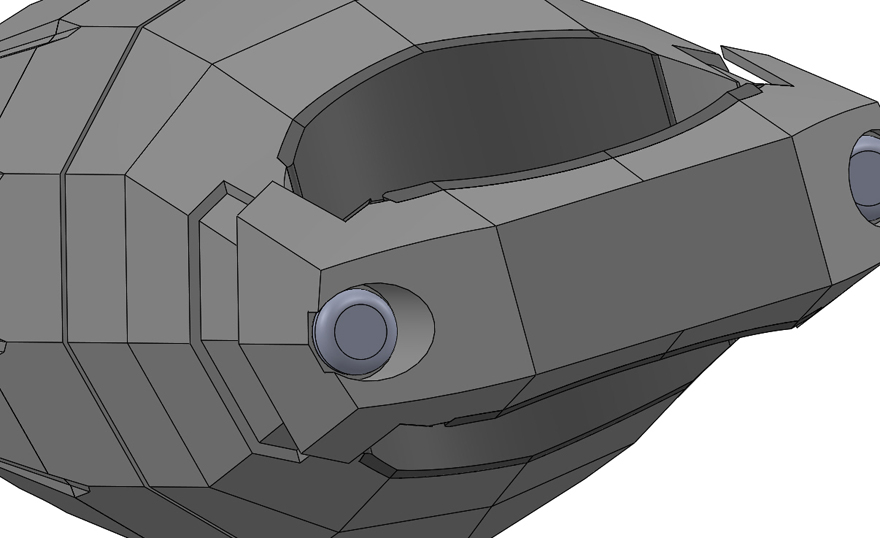 The screw is recessed to prevent tampering with needle-nose pliers. Fortified's proprietary screw head is not pictured.

As Menn dialed up the intensity for thieves, he dialed it down for the lights' owners. When Fortified's previous light needed its batteries changed, the construction required a proprietary tool. But riders weren't so keen on their power source being on constant lockdown. What if their lights died at a friend's house or at work? The solution needed to be easily executable for owners but really tricky for everyone else.

"We're really lucky," Menn says. "We're on MIT's campus. There are a lot of brilliant engineers here. We interviewed 10 in order to make something simple and elegant but that functions without any parts being removed." He decided on a configuration inspired by the pill bottle. An engineer named Brian Hack delivered the design, which also employs a push and twist motion to crack it open. One last confounding detail: The twisting motion isn't what you're used to when you open a soda bottle or turn on the hose. It spins the opposite way. 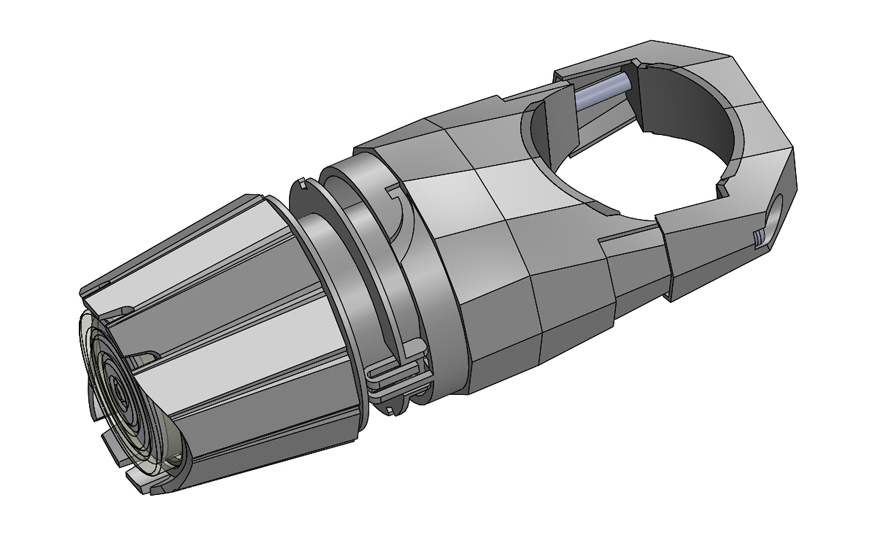 The new lights use a "clockwise pill bottle" motion to provide battery access. If a thief steals a battery, Fortified will replace it for free.

All of the elements seem to be working for bicyclists. Fortified's latest Kickstarter has pulled in over $110,000 (its funding goal was $24,000) and it's still many days away from the October 24th deadline. With the financing locked down, more bike lights will be, too.