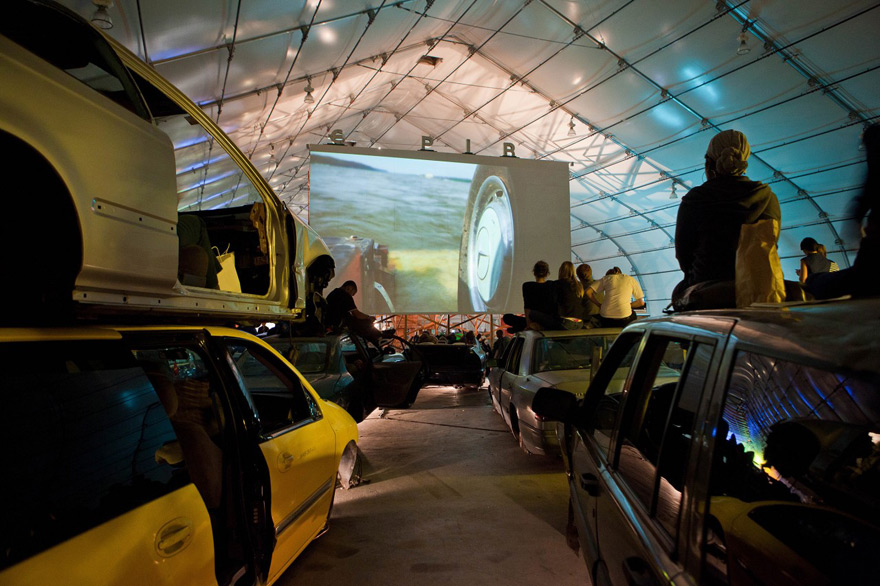 It's not very often that you have the chance to go to (let alone even see) a drive-in theater—especially if you live in a big city like, hey, New York City. But Brooklyn-based artists Jeff Stark and Todd Chandler are repurposing a bit of the past for us to experience in a whole new way. The duo created a drive-in movie theater that saves cars from local junk yards and repurposes them as the seats for their outdoor theater. The original Empire Drive-In was created for a viewing of Todd Chandler's film "Flood Tide is San Jose, California in 2010. The idea stuck and Empire Drive-In has now been the featured installation at a number of festivals and events, including the 2012 Abandon Normal Devices Festival in Manchester, United Kingdom.

Besides watching a movie on a giant projector screen, audience members are invited to explore their surroundings by switching cars, checking the glove compartments and other nooks and crannies for long-forgotten artifacts and climb on the cars. 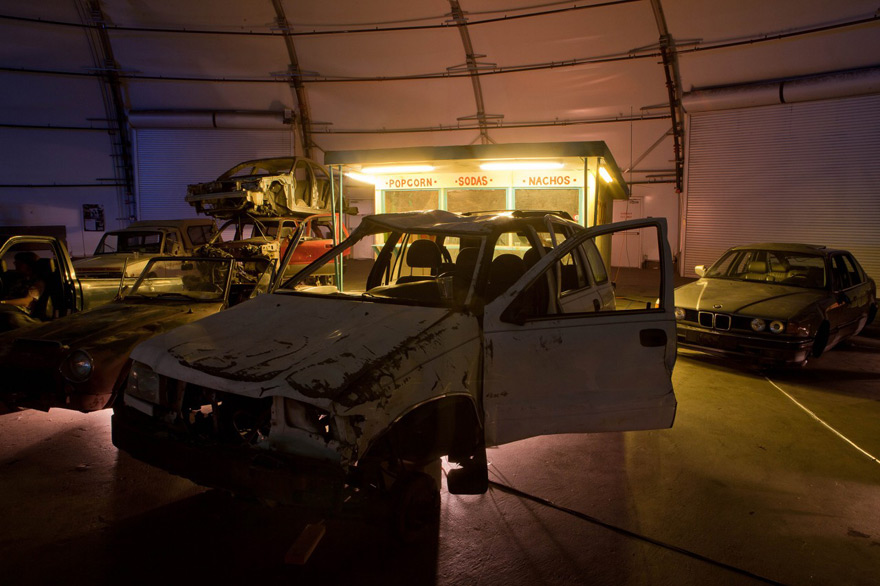 Looking through the photos, you may wonder, "Why did they choose such 'normal' cars?" One of the main take-aways from the experience is the idea of intentional obsolescence. In era of America's classic cars—such as the Thunderbirds, Corvettes and Mustangs of the 1920's—cars were made to last. Moving ahead a few decades, it's not uncommon for a family to be buying a new car every few years. The artists included familiar brands such as Nissan and Ford in an attempt to demonstrate the outcome of planned obsolescence.

It might just be the most beautiful and best way to play with a pile of junk, don't you think? The Empire Drive-In will be showing movies on various dates at the New York Hall of Science in Queens, New York between October 4-20th. Tickets range from $5 to $15 and most showtimes include an event pre-show (like tomorrow night's Bollywood Bash featuring the 2005 release Bunty Aur Babli and a dance lesson before the movie). Check out past events that have featured the installation here.