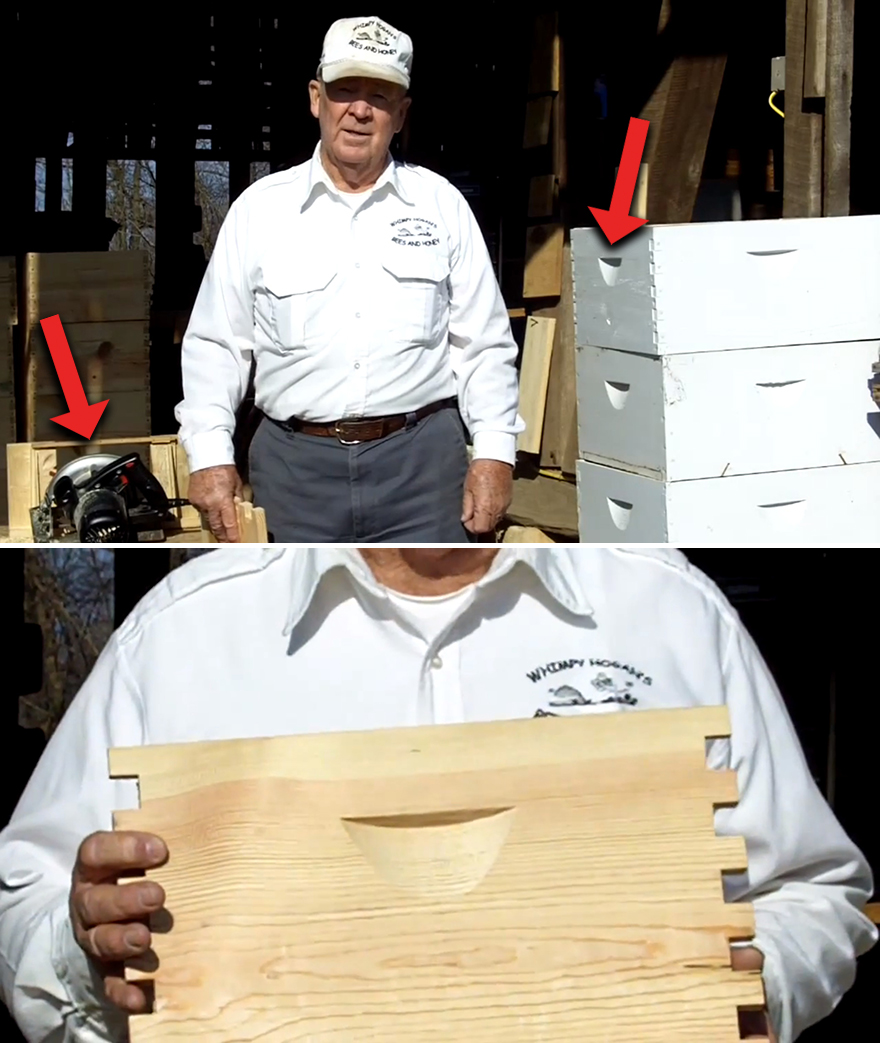 Don't let the nickname fool you: Cleo "Whimpy" Hogan is a retired U.S. Army Major and combat veteran with two tours of duty under his belt. But since the 1990s, Kentucky-based Hogan has been involved in the agribusiness of beekeeping, and currently raises both Italian and Russian honeybees in such numbers that he can generate 160 gallons of honey in a single harvest.

Hogan sells not only the honey, but also the bees. To keep costs down he makes his own beehives, which are fairly straightforward woodworking projects that can be done with conventional tools; but one thing that previously stymied him was how to do the cove cut required for a concave, parabola-shaped handle.

Hogan and his pal Lawrence Bartley figured out how to do it, using just a circular saw and a simple jig:

Obviously you're not going to want to do this with your favorite circular saw, but here's the perfect app for that swap-meet Skilsaw gathering dust in the garage. And while any of you ID students oughta be able to reverse-engineer the jig just by watching the video, Hogan will send the plans to fellow beekeepers free of charge. His e-mail address is cchoganjr [at] scrtc -dot- com.