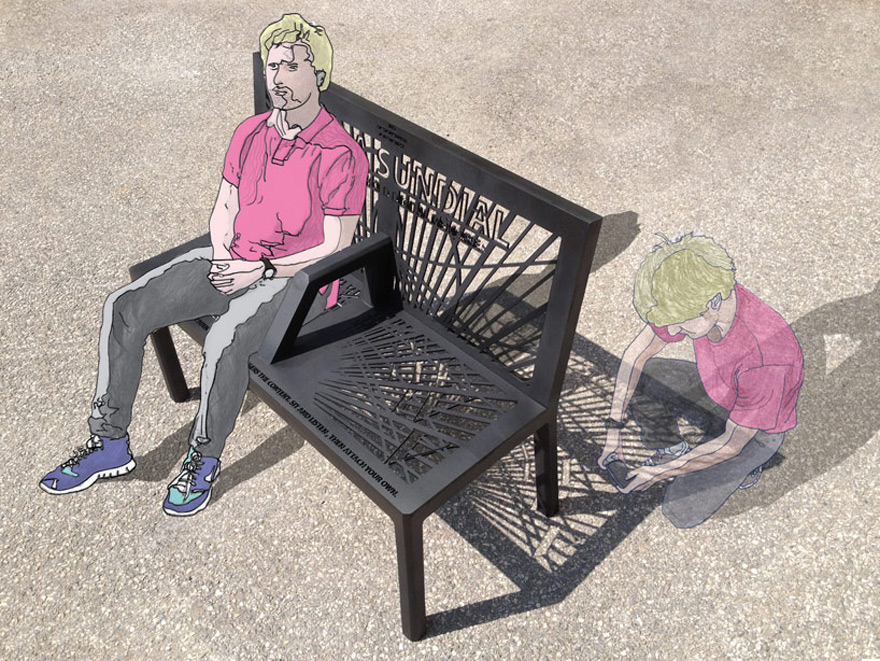 Sundials are far from anything but a new invention—they date back to 1,500 BC. But a structure that's a bench/sundial/augmented reality app all in one is definitely something that'll grab attention. Designer Joshua Barnes created a bench where sitters can record a video of themselves sharing a message or story for a future sitter to view one year later, not a day less, not a day more.

How it works: The arm of the bench acts as the focal point of the piece and casts a shadow that works as the hour hand of the sundial. Every day, the structure will cast a unique shadow with a different length (corresponding to the hour) that's repeated once a year on the same day and time. Users can create a video message and associate the day and hour's shadow with their message using an image-recognition app on their smartphones. Every hour of the day, new videos will reveal themselves from previous years' users. 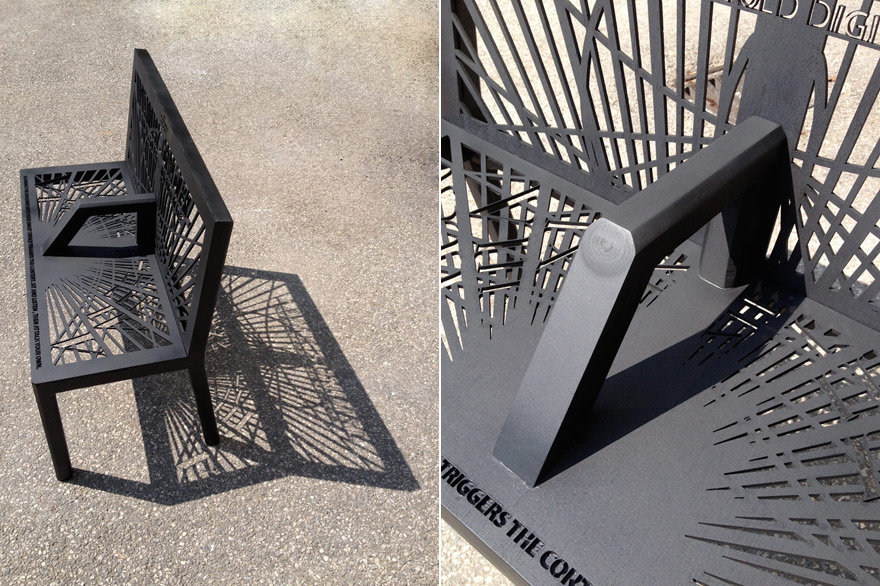 The whole project, which was recently on exhibit at this year's London Design Festival, displays a new look at the concept of the immediacy behind today's technology, one that unifies a tried and true way of telling time with new age augmented reality.