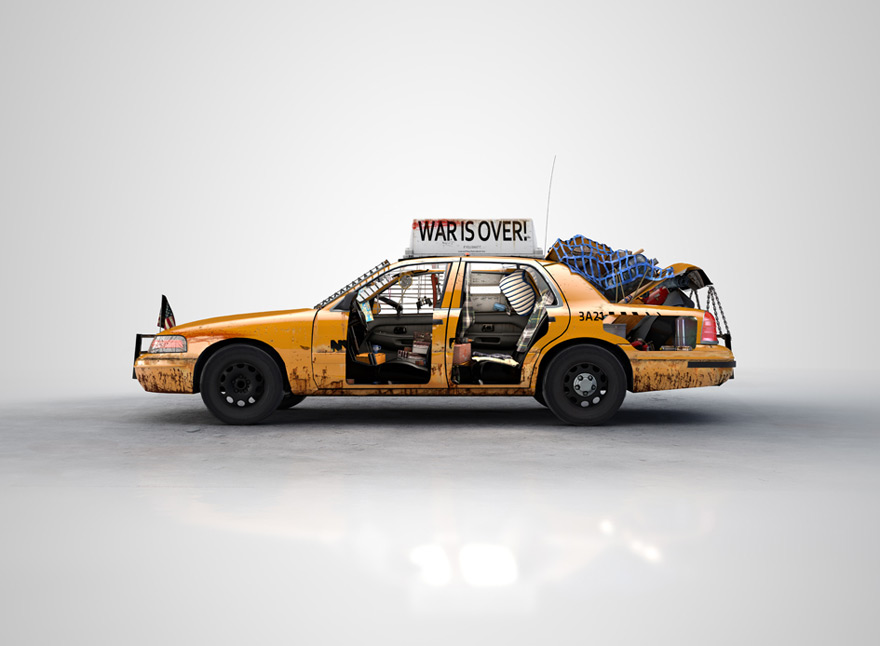 Zombies: We've read books on how to kill them, seen movies with every possible breed of undead enemy and created series of television shows depicting the toll that the zombie apocalpyse can take on our fragile human bonds (I'm look at you, Walking Dead). But have you ever really seen—or thought about—all of the supplies a proper Zombie raid survival would take? (The scenes from Zombieland, involving Woody Harrelson and a trunk full of guns/blunt objects, don't count.) But Donal O'Keeffe, a UK-based motion designer at ITN, has done the research for you and put together a series of Zombie Survival Vehicles. Created with Cinema 4D's Physical Renderer, O'Keeffe was inspired by his interest for highly detailed cross-section 3D designs.

I wanted to create naratives and characters within the details. I wanted to create a series of renders that people could spend hours looking at, to see something new with every fresh viewing. Each one was rendered and created for large format printing. Plus I felt the concept of protection from the outside world and our attempt to cling onto some form of reality was fascinating. These themes lead me to the zombie survival vehicles. Match this with me being a huge George Romero fan and you can the see where the concept spawned. 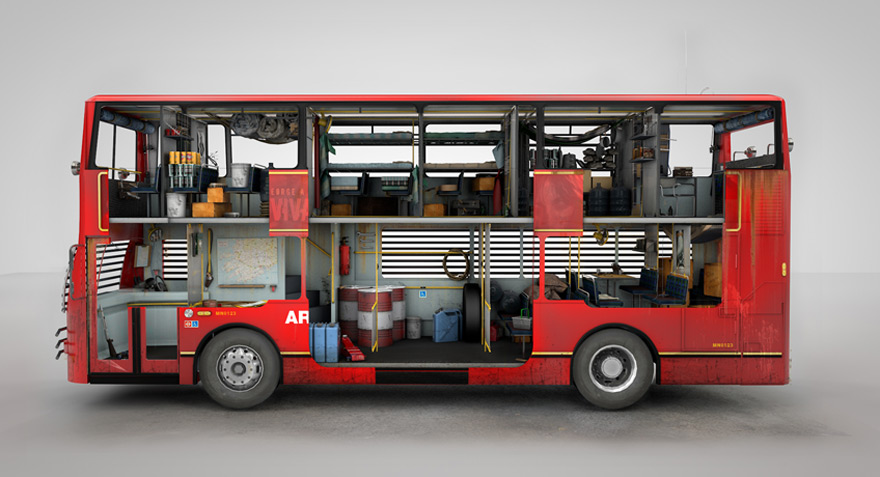 The tiny contents inside the vehicles were modeled and textured by the designer, aside from a few of the more complex items (i.e. guns), which he purchased. Most of the actual cars were also modeled by O'Keeffe.Of course, you might ask (as I did), how do you know what to have on-hand for such an untimely and sci-fi event? Basics like water and food are a no-brainer, but the real beauty of the series comes from the personalized bond you feel with the objects in the vehicles—they're all well-known car models and big city fixtures. In effect, O'Keeffe has somehow found a way to make a zombie attack much more personal than any movie or series. "I wanted to create a narrative for each vehicle, to create a character or characters that live, drive and survive," he says. "So I placed objects that I thought first would be necessary for survival (water, petrol, food, weapons) and then I started to populate the interiors with personal objects that I felt would be important to the characters in a life or death situation —photographs, books, rosary beads etc. I also wanted to put some small detailed textures somewhere on the vehicles—blood stains, scrawled writings, pop culture designs, etc." 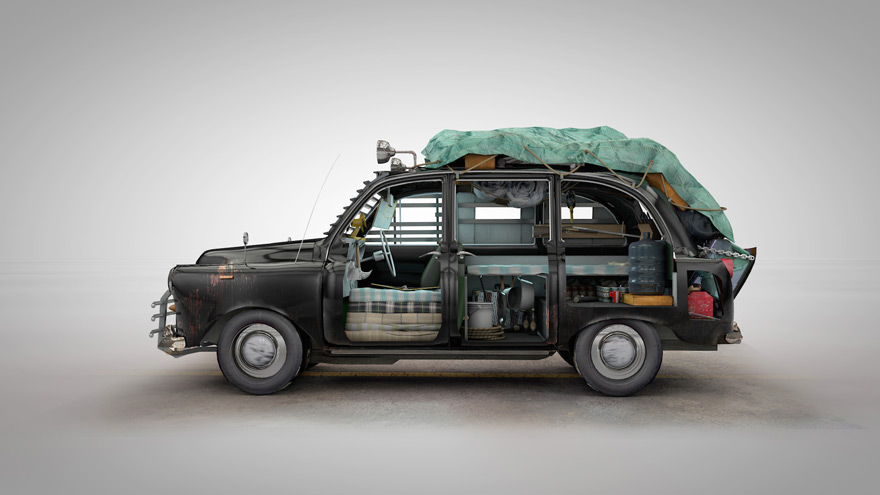 The response has been huge. People appreciate the detail and personality of each design, relates O'Keeffe, and "everyone has their favorite." "I've also had people interested in commissioning new pieces personal to them, such as modeling their father's car and filling it with his favorite possessions. Even modeling and designing whole buildings."

From the bookshelf on the upper storage space of the royal mail van to the American flag stuck in the grille of the yellow taxi, O'Keeffe has created extremely realistic renditions of everyday vehicles turned zombie killing machines. And possibly helped save all of our lives in the process. 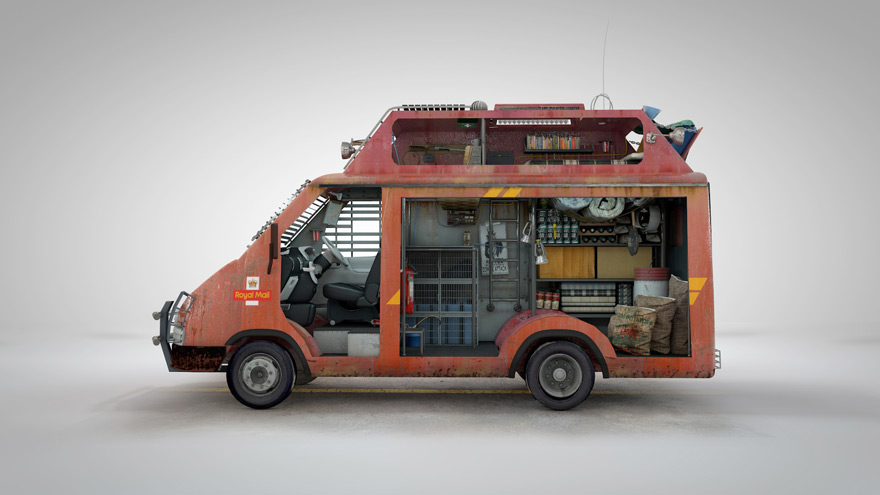 Check out more of Donal O'Keeffe's work on Coroflot or his personal website.