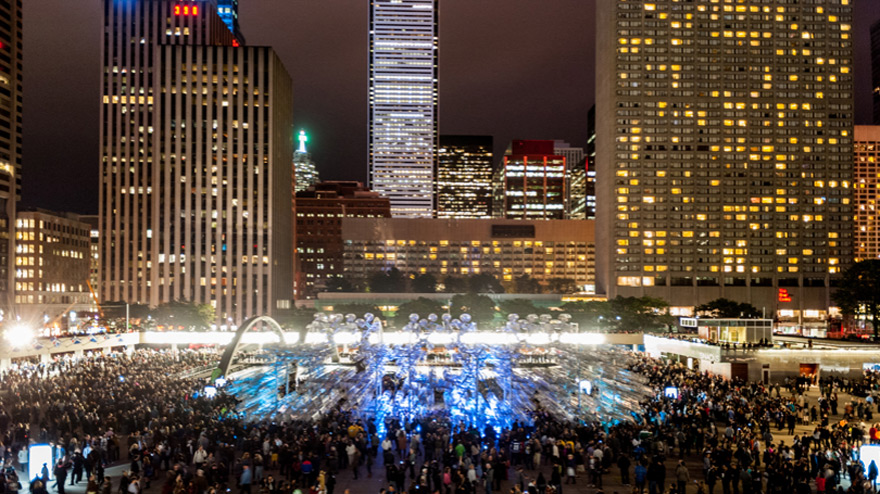 In January, Chinese artist Ai Weiwei stacked 760 bicycles at the Galleria Continua in Italy. His most recent installation, on display until October 27 in Toronto's Nathan Phillips Square, tops his previous one with 3,144 bikes, illuminated by blue and pink lights. A similar exhibit (with the same name, but using 1,200 bikes without the lights) was shown at the Taipei Fine Arts Museum in early 2012.

The lights reflect the bikes' chrome, giving it an eerie, almost blurry look. Weiwei is known for his social design and this sentiment isn't lost on this project. The sound variation of "Forever Bikes" was created as a labyrinth-like monument to the rapid social change China—and the rest of the world—is constantly experiencing. Never before has a pile of chrome looked so good. 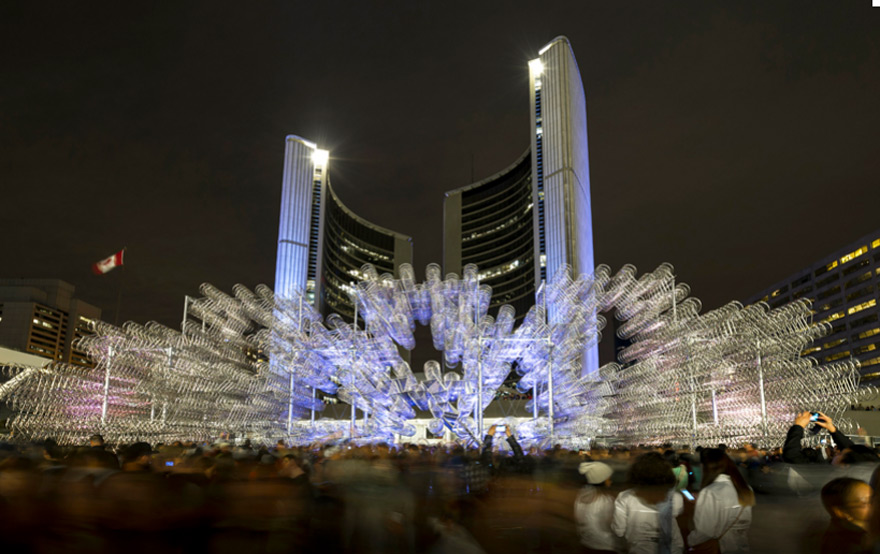