What Happens If You Let Two Designers Write Their Own History Books? Spoiler: A Much More Fun (And Beautiful) World History

History books are not meant to be read for fun. They belong in stuffy classrooms with class pets and broken wooden desks that squeak too much. Until The Infographic History of the World and Alternate Histories of the World came along. For someone who struggled through overtexted course books all through school, I took on this review without hesitation and hopes for brushing up on the history I missed out (ok, skipped out) on years ago. 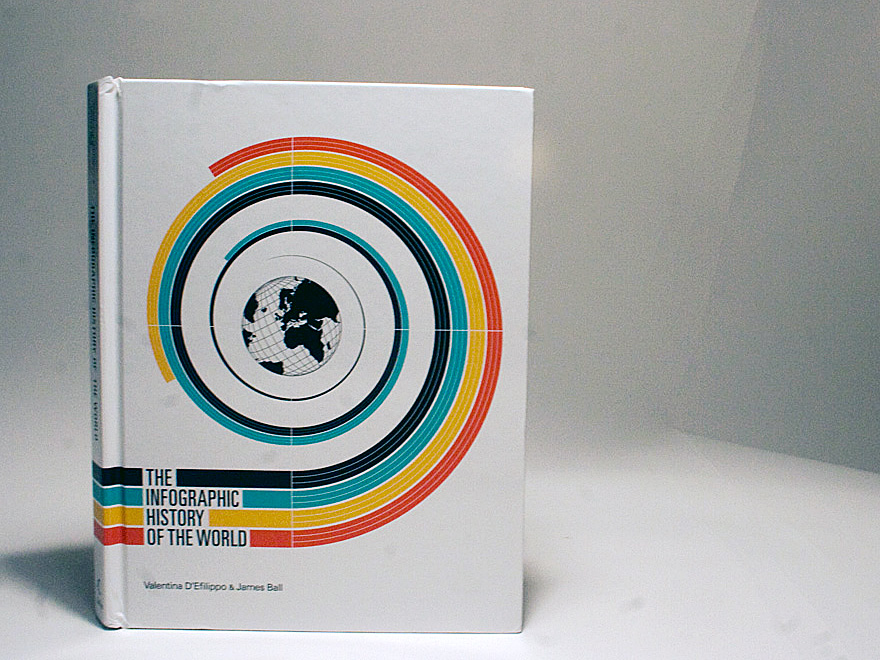 The Infographic History of the World

Not only is this book a chock full of rich visuals, but the organization is an artform in itself. Small details—like a slowly evolving figure in the bottom lefthand corner guiding you through the decades—make this a delightful read from cover to cover. Complicated academic topics such as the United States' ever-changing GDP and planet sizes in ratio to the universe become elaborately simple figures for right-brained types. Designer Valentine D'efilippo and journalist James Ball form the perfect team for teaching the date-illiterate millions of years of history in one book. 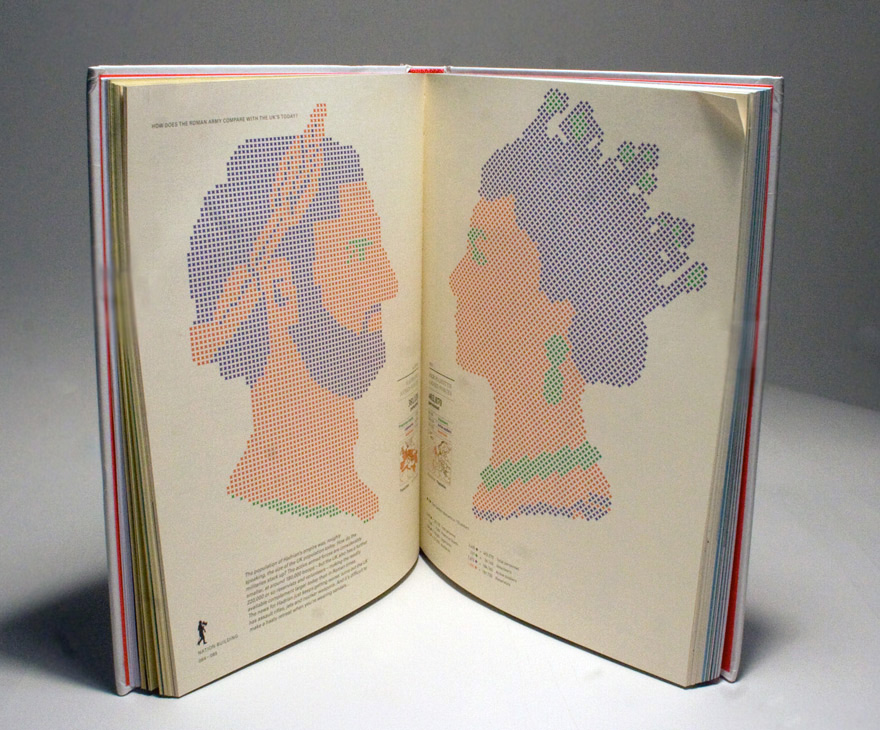 Besides being beautiful, it's also historian endorsed: Amazon reviewer Michael Kinnear weighs in, "Both my wife and I had read it cover to cover before we gave it to her—we are both professional historians—and rated it A+." The tone is perfectly snarky and quite liberal. I found myself particularly engrossed in the Keith Haring-like depiction of mental illnesses and the most prominent disorders. The thought-bubble rendition of the language tree came in as a close second. As you turn the pages, the font becomes more modern as you get closer to present-day. 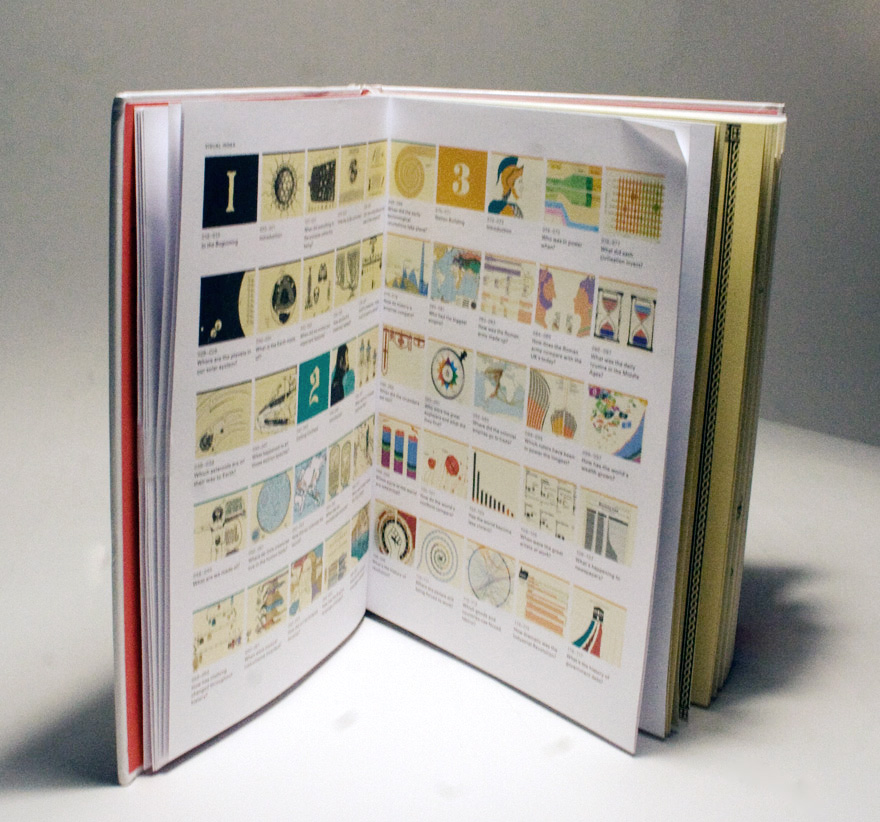 A quick glance at the visual index is more than enough to pull you into the book's four parts: In the Beginning, Getting Civilized, Nation Building and The Modern World. Every infographic is presented by a lead question on the page that will tell you about the data you're looking at. 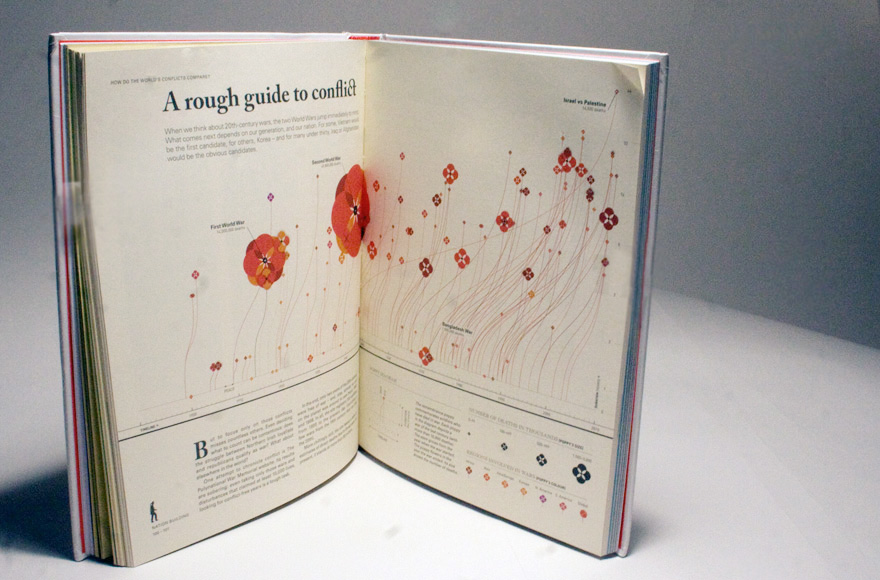 I wish my professors would have assigned a book like this for history courses. I have a feeling I'd be getting way more out of my museum visits.

Buy The Infographic History of the World on Amazon. 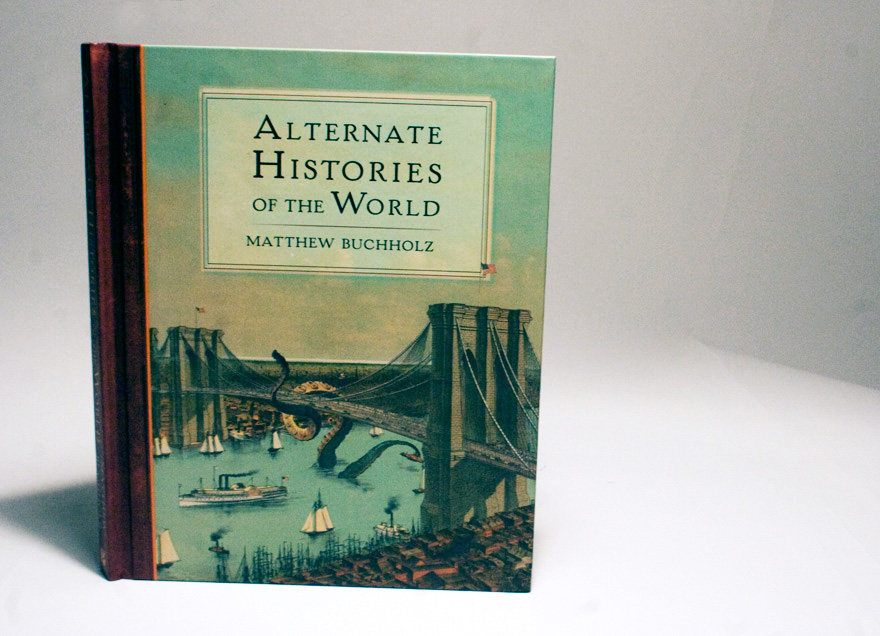 Alternate Histories of the World

On the flipside, this is a book that should never be used in the classroom... unless you're looking for a way to forever freak-out a group of small children. While it's equally compelling in concept, Alternate Histories of the World is a parody on our well-known stories. Giant scaly monsters are held responsible for the Leaning Tower of Pisa, robots make a move by introducing a presidential candidate in 1960, and Napoleon takes a mysterious growth serum (turning his well-known "short man syndrome" into a myth of giant proportions). Nothing is too sacred in this book. 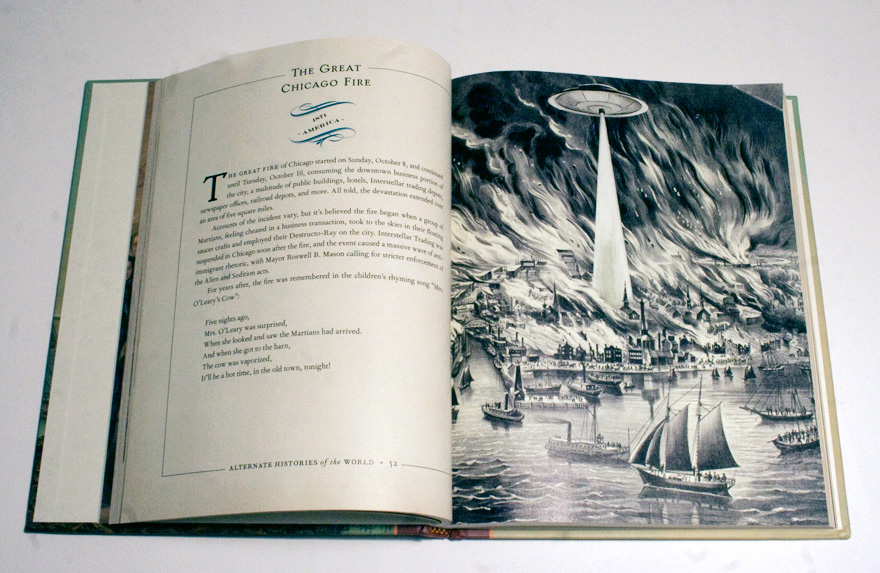 The illustrations are spot-on. While the imagery has nothing on The Infographic History of the World, it's still amazing how seamless the [zombie/monster/insert equally horrific creature here] are drawn into the images. My personal favorite depiction: The jet-packed mountaineer Ward Feeney cutting across the mountain-topped sky—and ruining fellow mountaineer Colonel Marion Marshall's snowy glamour shot. 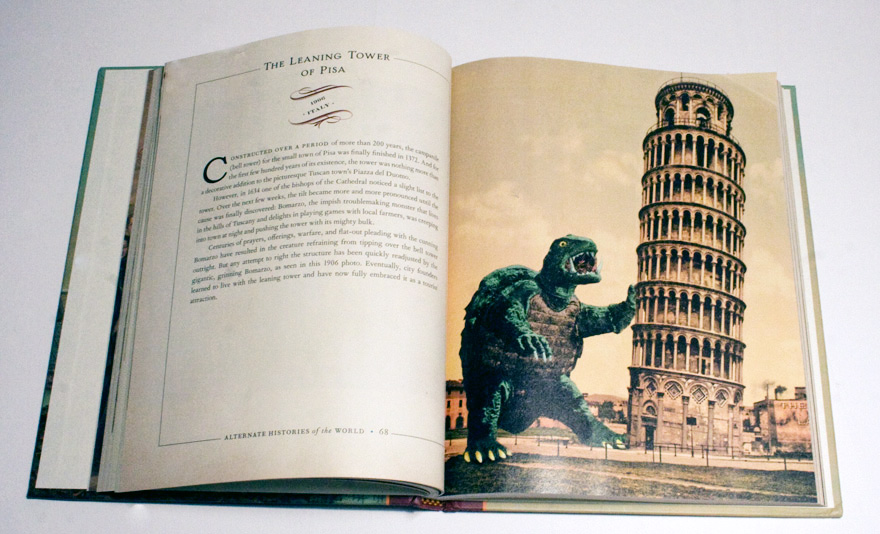 Each illustration comes with a summary that will add a little detail to the unfortunate things we were never taught in grade school. You've got to give credit to the creativity that's gone into these rewritten stories. Even the foreword is a satirical story worth reading from Frederick Wentworth, Ro-bot Servant and Foot Soldier to Her Majesty Queen Victoria—oh, and a consultant on the book.

Buy Alternate Histories of the World on Amazon.

What Happens If You Let Two Designers Write Their Own History Books? Spoiler: A Much More Fun (And Beautiful) World History