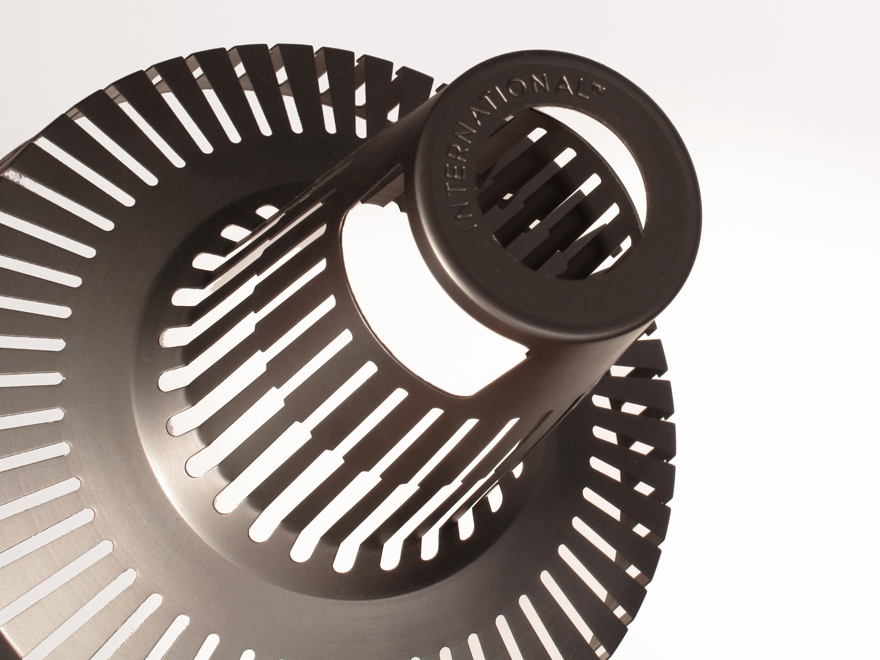 The founders of London's International design studio launched their company in 2010 with accessibility as the guiding principle. "We're both put off by the luxury market," says Robin Grasby, who believes that good design should be less exclusionary and more democratic.

International puts this philosophy into practice by developing modular systems engineered for standard fittings and fixtures. For Apollo, their first production piece, Grasby and his cofounder, Marc Bell, developed a series of slotted and solid aluminum lampshades in several colors. The variations will stack on a standard UK bayonet light socket in multiples up to four, allowing for nearly 750 possible combinations. Depending on the shapes, colors and perforations mixed and matched, the lamps will cast light in wide or narrow beams, in slotted staccatos or in warmer or more natural hues. 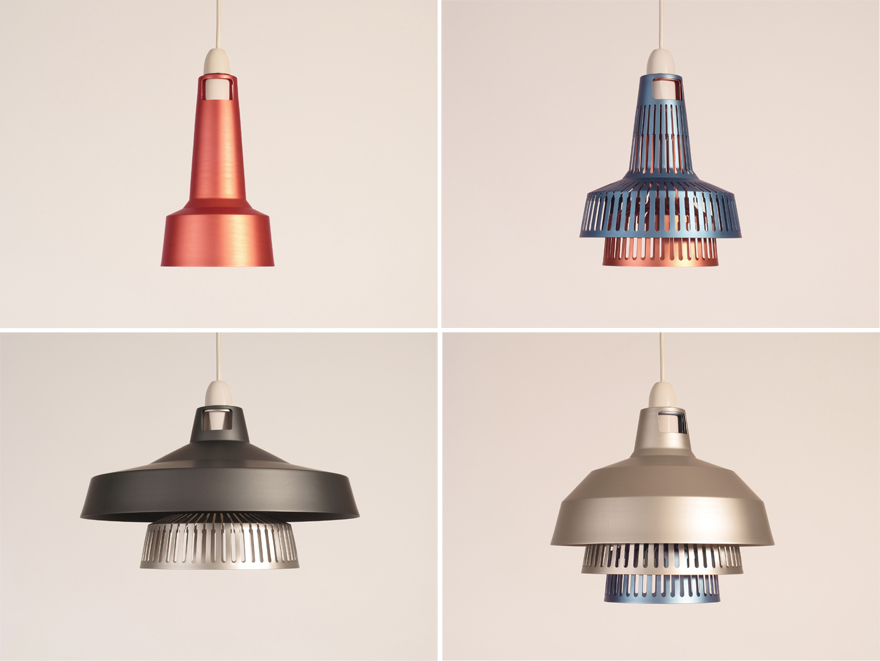 Four of the many possible Apollo lampshade combinations

When considering the outward appearance of their nested metal shades and the way they might manipulate light, International's founders drew inspiration from Poul Henningsen's 1958 Artichoke lamp. Their execution, however, needed to be more practical. International looked into supplying custom fittings for the light along with the shades, but, Grasby says, "electronics would have been a whole new realm of licensing. The standard UK socket suddenly makes the whole thing more affordable—99p [about $1.60] at a hardware store."The design team wanted to offer lots of customization options, but it also worked hard to keep the production costs from ballooning. "The parts themselves are very easy to produce," says Grasby. "They were designed to use the fewest possible processes. Only two sets of tools had to be made: one for the aluminum spinning—they're the formers that create solid shapes in the aluminum—and one for the rotary punch tools that take out the perforations."

During the prototyping phase, the designers laser-cut the lamp's perforations, but to manufacture the shades on a larger scale, the International team moved to stamping out the holes instead. "Laser cutting is an incredibly expensive process," explains Grasby. "It suits prototyping—but to make the price viable, punching is more suitable."

But how do the shades actually attach to the sockets? With ingenious simplicity. Users merely slide the shades onto the threaded lightbulb holder, then screw the fixture together, pinning the shades in place. (See the diagram below.) Because the shades are only one millimeter thick, up to four will stack on a standard UK socket. 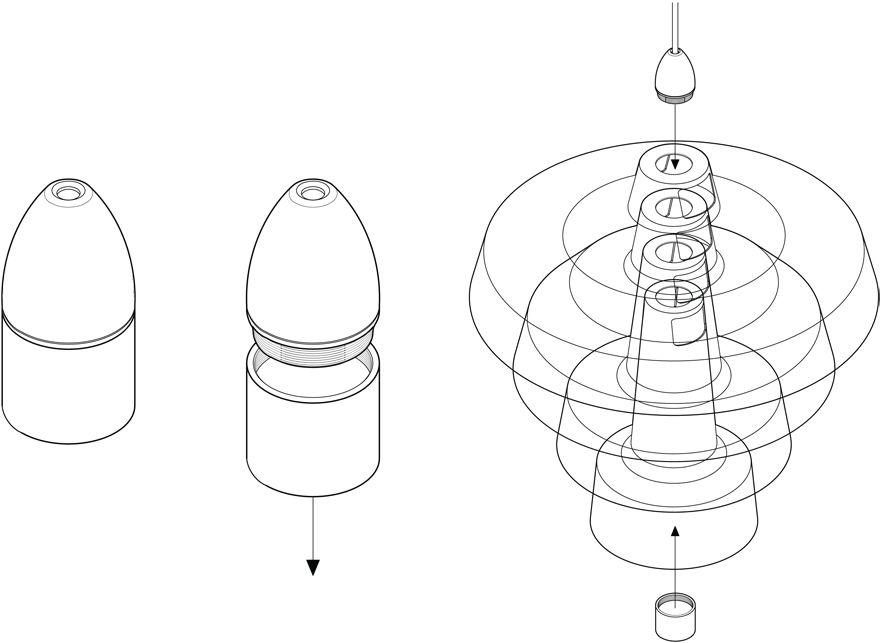 The only hitch with this assembly method was that screwing the fixture together was difficult—if not downright impossible—with some of the narrow-necked lampshade designs. So Grasby and Bell designed a work-around in the shape of a rectangle. Near the top of each shade, a set of parallel vertically-oriented holes allow access for two fingers (one reaching in on each side) to screw the fitting into place. Once the shades are secured, the modular design shines.