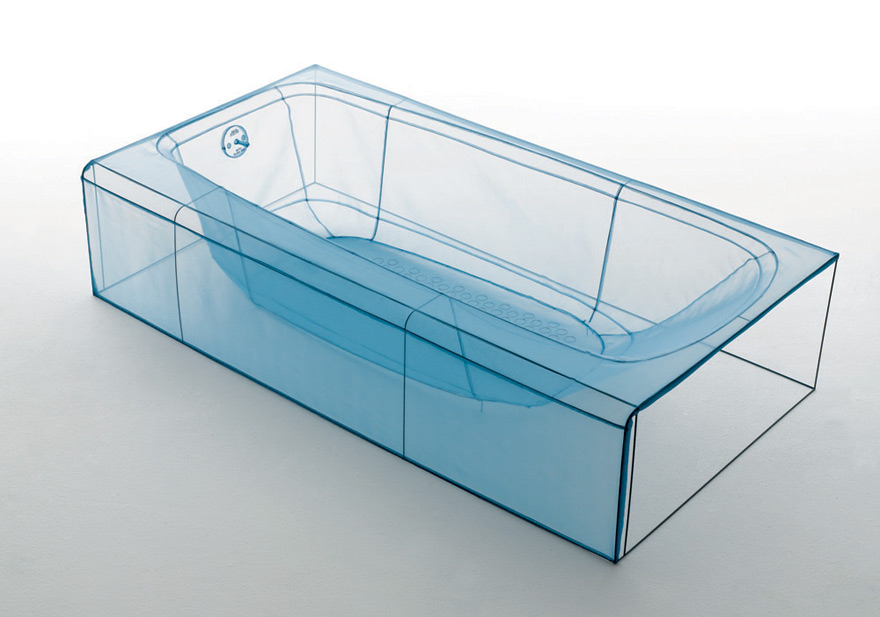 I've been a fan of sculptor Do Ho Suh since I saw his work at a 2011 solo exhibition at Lehmann Maupin; curious to learn more, I arrived at the profile of the Korean artist, who is currently based in New York and London, on PBS's Art21. The son of a well-known painter, Suh traveled to the States to study at RISD and Yale, where he earned an MFA in Sculpture a decade after he completed a masters in Oriental Painting at Seoul National University (the hiatus was due to compulsory military service).

Suh's work generally addresses his sense of displacement, rife with cultural references to his native Korea, including sentimental notions of home and community, as well as identity, independence and conformity. Yet his work is consistently beautiful and is broadly concerned with space—architectural, public, private, shared, personal—whether it's a formal study executed in unconventional materials or a playful visual pun, or (as is often the case) both. 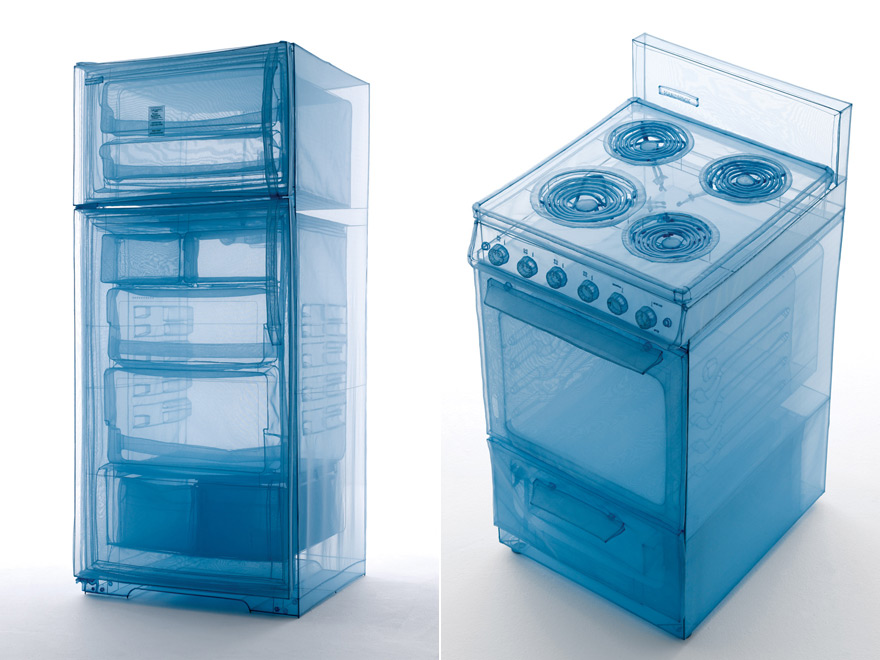 His forthcoming solo show at Lehmann Maupin's Hong Kong gallery features a new series of his iconic translucent polyester sculptures: "specimens" of household appliances and fixtures (no permalink but it's listed in the 'Upcoming' section of the Exhibitions page). By 'rendering' full-size replicas of entirely banal objects in gauzy drapery, Suh elevates the mundane into the magical, transcending kitsch by faithfully reproducing details such as crisper drawers, the heating coils of the stove, the innards of the toilet tank, and all variety of detail on the radiator. 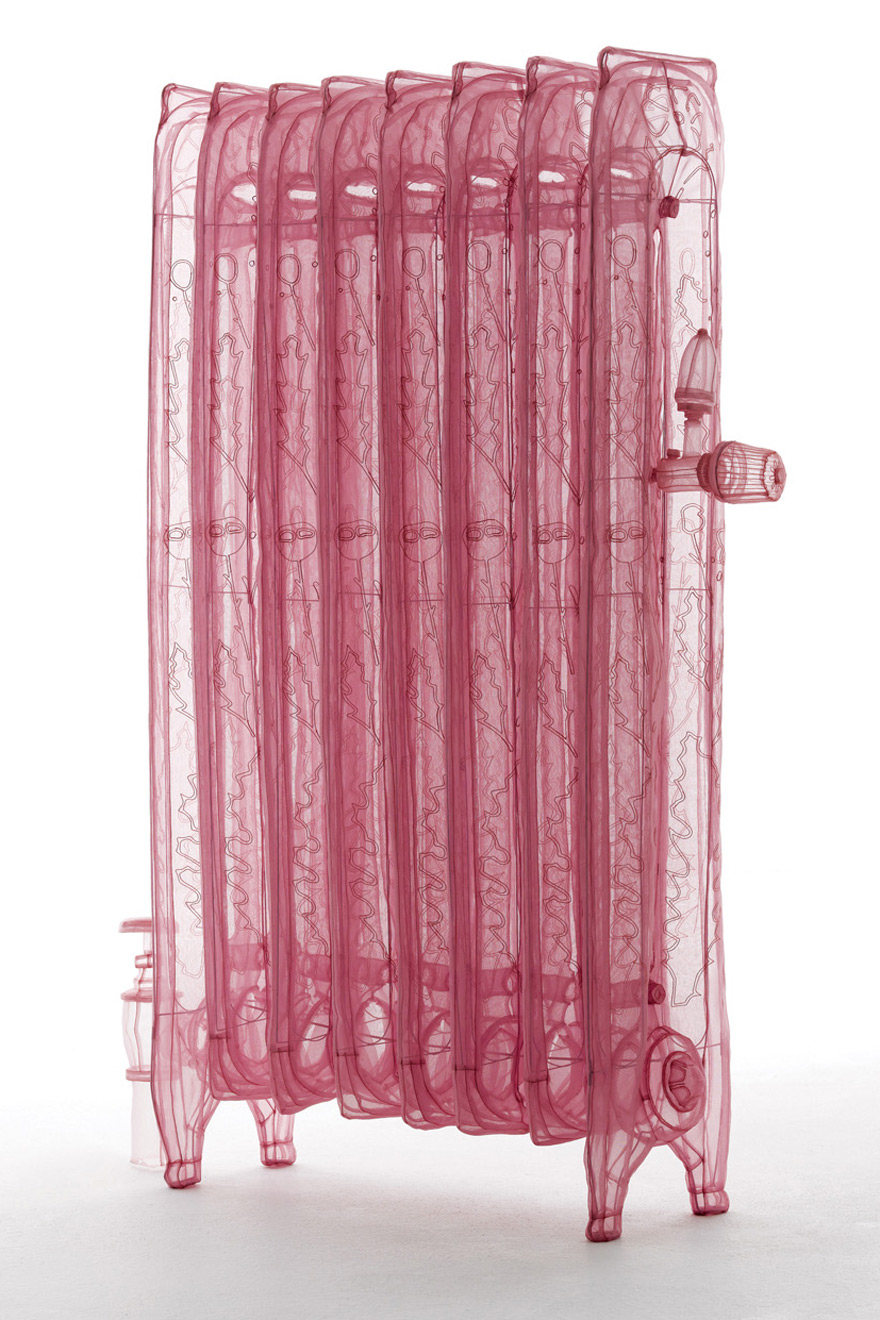 The photos aren't far from reality—the images bring X-ray vision or wonky CAD wireframes to mind—but it's difficult to appreciate the level of detail until you see them in person. In the highly recommended Art21 segment, Suh is shown at a sewing machine, discussing how the scale model of his childhood home, executed in the same technique, can be "put in a suitcase"; with the Specimen Series, it's more a willful rejection of the permanence of, say, marble, in favor of a rather more fantastical material, equally suggestive of Platonic archetypes and ghosts of appliances past. Yet their gossamer materiality evokes an uncanny personal sentiment to the effect that these manifestations of his memories that makes them feel like our own. 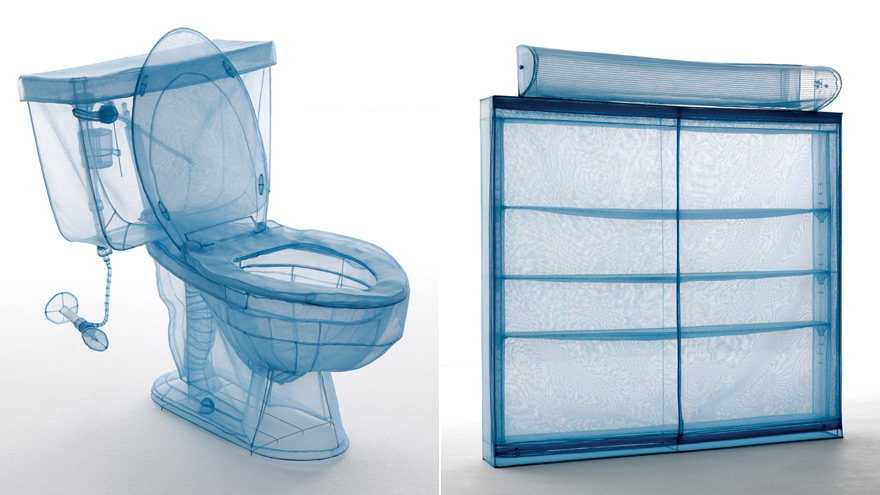 Hat-tip to Moco Loco, where you can see larger versions of the images