Last year, we wrote about an ambitious design student with a dream to create flexible wooden watches to replace the clunky link versions we see in too many designs. Since then, Lorenzo Buffa—the man behind the great idea—has found a manufacturer and has launched a Kickstarter campaign for The Carpenter Collection from Analog Watch Co.

At press time, the campaign goal of $10,000 had been surpassed. We took some time to catch up with the young designer and learn about what's been going on with the project the past year and what he plans to do with the funds: 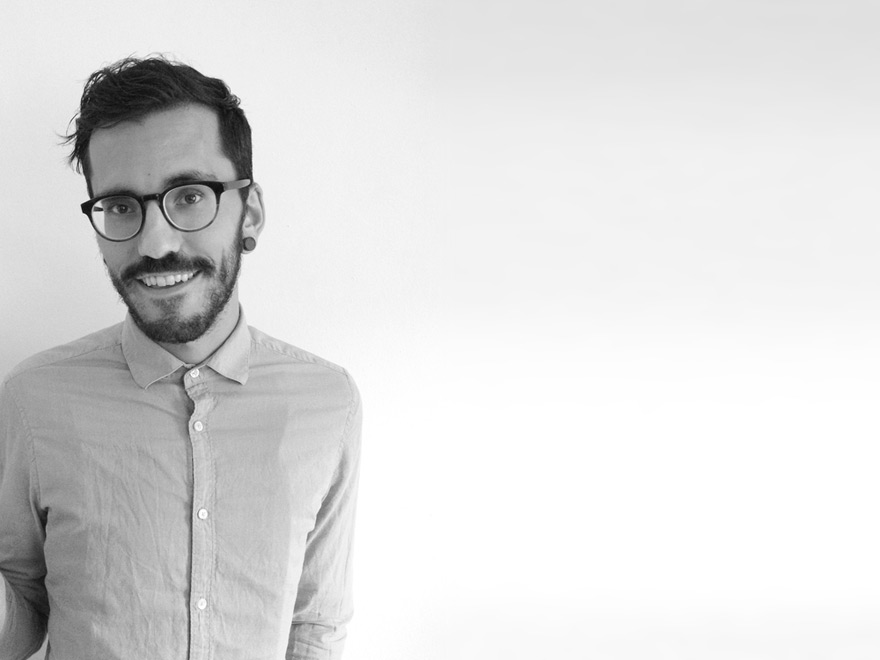 Core77: What's happened with the concept since we last spoke to you a year ago?

Lorenzo Buffa: A year ago, the project was a design thesis project. I wanted to combine my interests in materials and woodworking to prototype a product and a brand. Within the year, I've been working with manufacturers to understand how the industry works—things like supply chains, lead times, tooling, SKU numbers, etc. I took part in an entrepreneurship bootcamp, was awarded a fellowship and a $6,000 grant from The Corzo Center for the Creative Economy and most recently have been a part of GoodCompany Ventures 2013 accelerator.

How did you manage to find a manufacturer?

We were really fortunate to have manufacturers contact us, but they only know of the collection because of the publicity from the first Core77 article. The press from that posting brought multiple manufacturers to the table—after a few months of relationship building, we dropped some and went ahead with others.You just launched a Kickstarter campaign—what are you looking to do with the funds?

The great thing about Kickstarter is that it gives creators and designers an opportunity to start something from the ground up. It provides an opportunity for the market to decide whether or not an idea is worthy without getting into any serious debt or taking on financing and possibly losing partial ownership of a business. We are hoping to hit our goal—which will provide funds for the first round of inventory. More importantly though, we want to exceed the goal and use that money to start up the business without borrowing or taking on debts.

The many straps that went into finding the perfect design

The prototype timeline behind the finished body design

How did you discover that wood could be turned into such a flexible and wearable material?

At the time, I had access to a variety of tools, machines and materials. Basically, I began my search by looking for the thinnest wood veneer I could find. Once I had found some suitable material, I began to play around with different scoring methods, substrates and adhesives. Through countless iterations, the solution was perfected. This material exploration part of the project was particularly fun because it left the door open to endless possibilities. 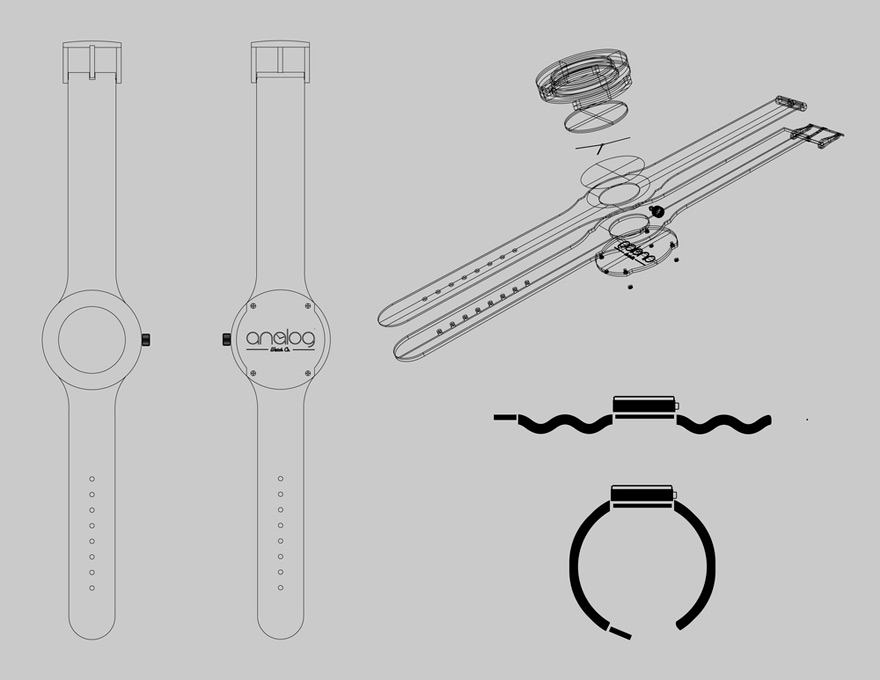 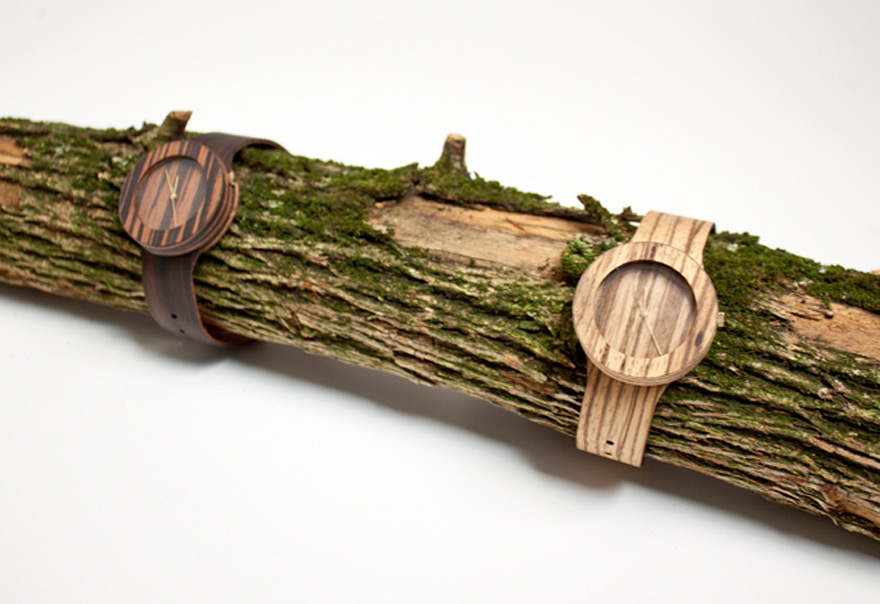 What was the biggest focus in the prototyping process?

Iteration, iteration, iteration! The first watch body—believe it or not—was a digital face. After that first experiment it was pretty clear that I wanted to go more analog. At first, most of the prototypes were just form studies, but soon after that, I worked with a watchmaker and learned some of the trade skills so I could begin to make functional prototypes. I began working with super tiny parts and components and then building around them with a material that's known to warp and expand. The final form is relatively simple, almost iconic in shape. I had so many naysayers in the beginning! From faculty, from woodworkers and from my horologist (watchmaker).

When was your "a-ha!" moment with this project?

Definitely the day when we got the right packet of samples from the right supplier. The veneer itself was so pliable to begin with, I knew we were headed in the right direction. For a moment I felt "Wow, this really could be an alternative to wooden links. This can be done."

What kind of response have you gotten for the product/concept so far?

Oh, it's been amazing! I think people understand how much effort and time it takes to design something that is so minimal and beautiful. Process is a big part of the journey, so I think sharing those images with folks also has allowed them to understand how much effort and iteration had to go into the project. This project landed me a fellowship and grant, countless industry connections and prototypes are currently in an alumni exhibition at The University of The Arts in Philadelphia. 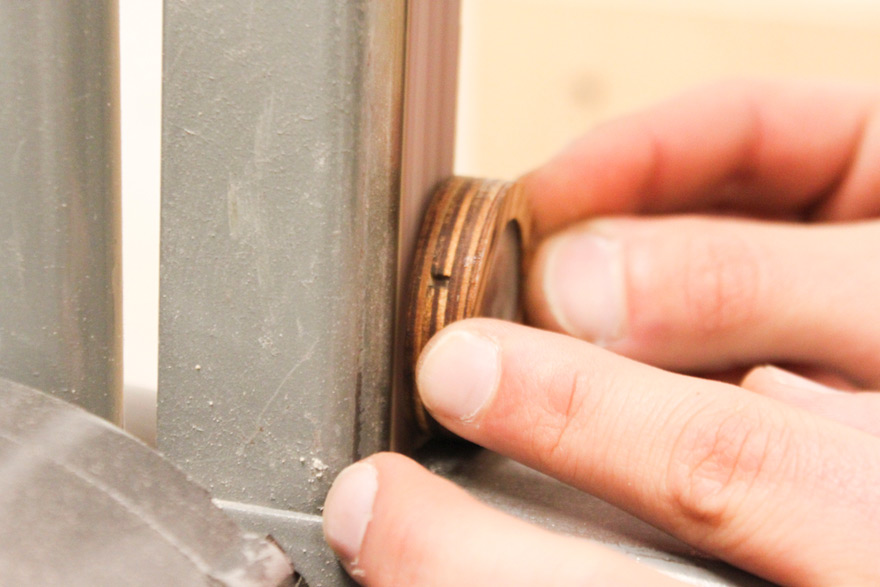 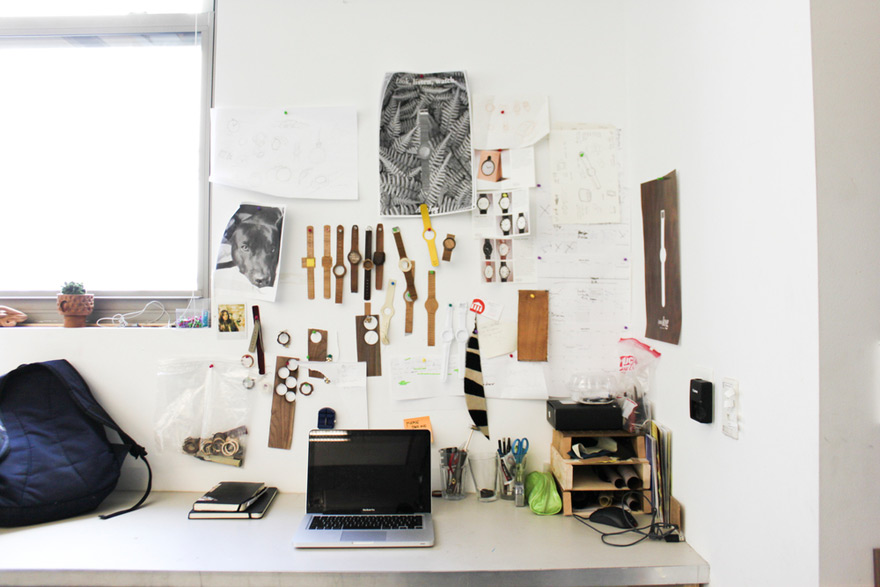 Why do you think Analog watches are so much better than watches made with more traditional materials?

I believe people have a desire to feel more connected to their natural environment. It can be hard—our days are hectic, we are busy and wrapped up in our own lives. I never understood why we fill our lives with metals, plastics and composites. Analog watches are meant to bring back a little bit of nature into the everyday.

Did you come across any creation obstacles? If so, how did you overcome them?

The main obstacle was an adhesive issue. We figured out that leather worked wonderfully as a backing to our super thin veneer, but the adhesives we used mattered most. Some harden, some are made with rubbers, some performed poorly in high humidity. This was resolved the same way our design was: through iteration, experimentation and documentation. 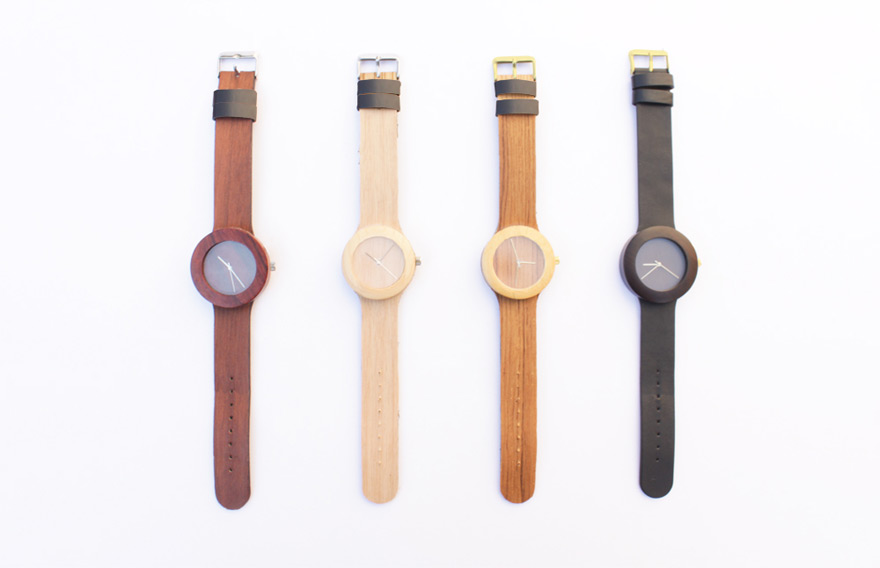 Do you plan on experimenting with any other materials for future products ideas or concepts?

We've already been playing around with concrete and stone and have some great things in store! Basically, we really love organic materials. We also love the idea of doing something that most other watch companies are not—really pushing the sculptural/high design component.

We envision multiple collections—each with a unique design built around that material. We've made a rubber mold and have done some concrete casts, but are still in the earliest phases of discovery seeing as they have all broken thus far. But we're actively learning how to strengthen the mixture. This is a process I love. Each collection would call for another round of focused R&D and material study to come up with a beautiful and unique solution. We'd like to play around with marble and slate, try an all leather body, etc.

Head over to Kickstarter to learn more about the Carpenter Collection from the Analog Watch Co.!