Industrial Facility's Sam Hecht on Designing for Mass Production, Rethinking Repair, and the Importance of an Orderly Workplace 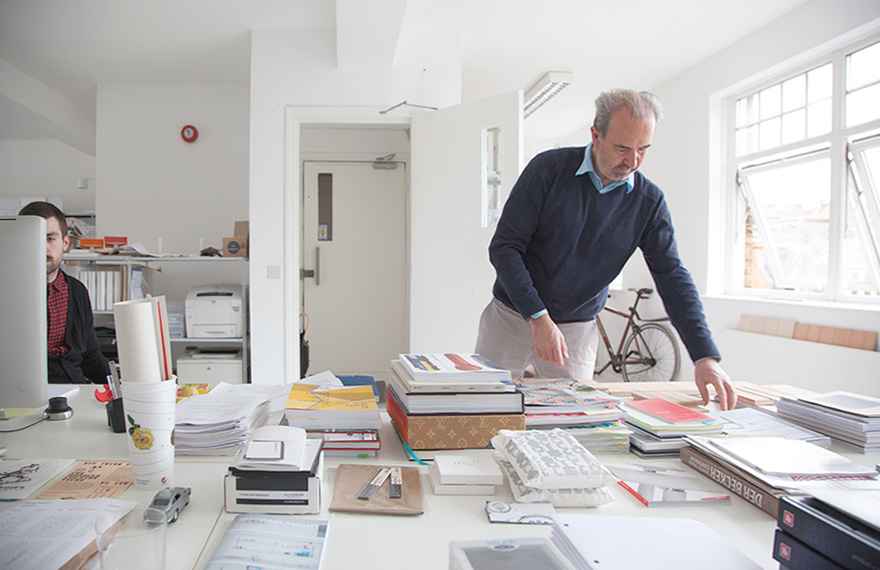 Current projects: We're working on a new paradigm of the office—so that's office furniture. We started working on that about three years ago, and we're still working in that area. We're also working on some new electronics and domestic appliances, and some reinterpretations for the home, like chairs and those sorts of things. And we're now also involved in some medical devices.

Mission: To serve people, primarily. We design partly autobiographically but primarily for other people. And we see companies and industry as a relevant conduit to people. We tend not to design for galleries or limited-edition scenarios but much more for mass production, which means that, invariably, the complexities are very big because the responsibilities are multiplied. Just one improvement in this world can be hugely impactful. 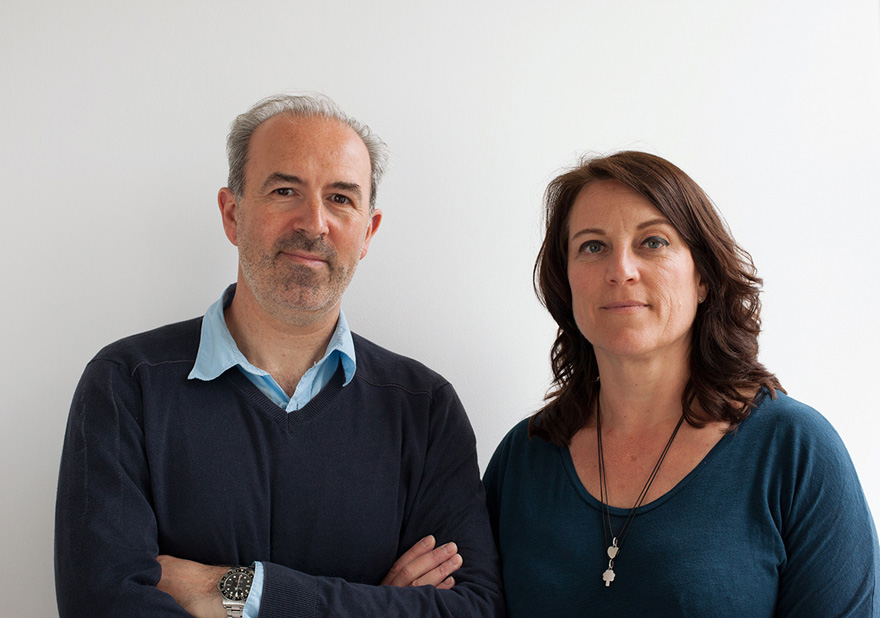 Hecht and his partner, Kim Colin. Photo by Hello Design.

When did you decide that you wanted to be a designer? Well, I was not very good at school. But I was always very good with my hands. My father had a business selling electrical products. I started to work for him very early as a child, repairing things that customers brought back—everything from kettles to toasters to irons to radios, from all different types of manufacturers. And I enjoyed that very much. I was very good at it; I understood everything about components and soldering and boards and these sorts of things. And then my mother came home one day with a book on industrial design, and I found that maybe that is my entry point into the world. So that's why I started to think about going into design. But I was told I had to go to art school, so I studied art first.

Education: I studied fine art first of all, and then I studied industrial design at Central Saint Martin's and then at the Royal College of Art.

First design job: Making instruction manuals for flat-pack furniture. It was a job where I was still at a drafting table—there were no computers. I wore a shirt and a tie, and it was all very, very boring. Incredibly boring. I can't even describe to you how boring it was. People from the design office were not allowed to go into the factory, and they told me to leave after I was found there too often. I only lasted six months.

Who is your design hero? I don't really have design heroes as such; certainly I don't have design heroes that are alive. Not that that means there aren't any great designers; there's some fantastic ones. But I tend to move toward architecture, where I'm fascinated by architects such as Peter Zumthor and Wiel Arets. I don't really have a feeling that I'm moved by the world of design as much as by some other disciplines. 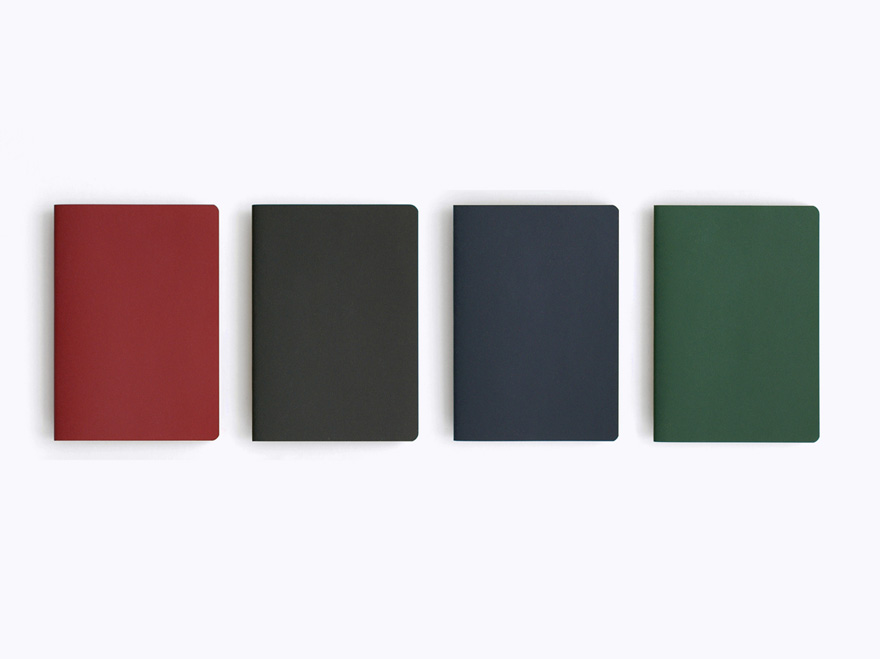 The Passport Memo for Muji. Photo by Industrial Facility. 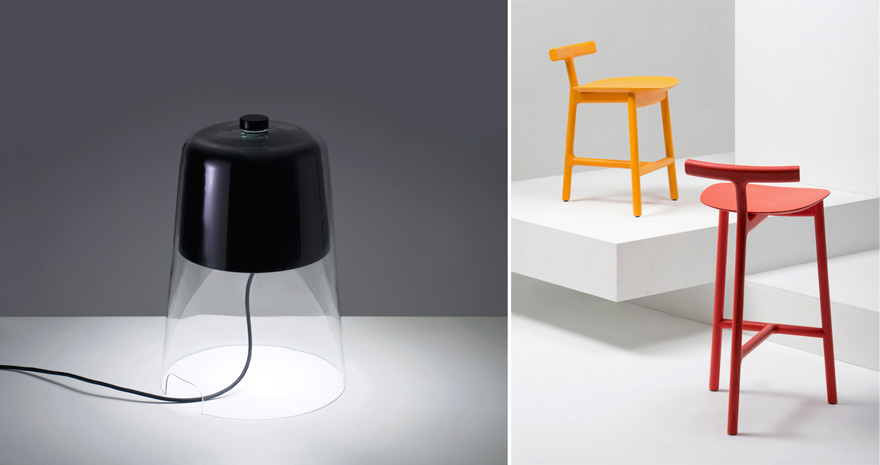 Describe your workspace: I was looking at your other interviews, and the recent one with Piet Hein Eek was fascinating because what he has is something which would be impossible in London. In London it's very expensive, it's very tight. And space is really an extreme luxury. So while our office space is what some would consider quite big for a design office in London, it's probably very small for other cities. It's on two floors. Downstairs we have a workshop and upstairs we sit together. But you could fit it into a small corner of what Piet Hein Eek has. It's probably just under 2,000 square feet.

Our space is very efficient. It's very white, because that allows us to see things with greater clarity as we're designing. It's very clean. We all try to keep everything very orderly so that it allows the efficiency to progress. We are working on a lot of different projects at the same time, all in different spheres and different industries, so we need to have some clear organization method for materials and archiving.

Other than the computer, what is your most important tool? If you could call a workshop a tool, then the workshop is probably more important than the computer. Because it lets us move into the reality of a project far quicker. So you're able to see and understand what you're thinking in front of you, however crude it may be. Then you can start to actually form opinions and make decisions.

What is the best part of your job? It's probably the ability to move fluidly between so many different industries, all having their nuances and requirements. And being able to immerse yourself in those different kinds of projects all in parallel. It's totally invigorating, I find. If the client is a leader in their field too, then the job of design can allow you to arrive at a different place.

What is the worst part of your job? I don't think there's any real worst part, primarily because I and my partner, Kim Colin, apply ourselves to everything. Sometimes there can be difficulties and frustrations, but it's small things, and it's best not to dwell on them. 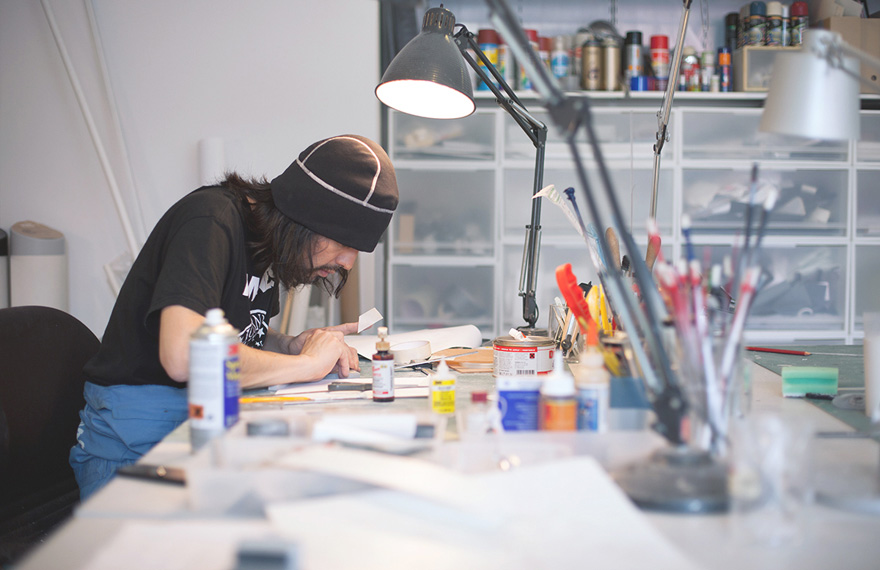 How do you procrastinate? I don't. Because, luckily, my work is my hobby. So why would I want to avoid my hobby?

What is your favorite productivity tip or trick? Make a decision. I just make a decision. Of course it's an informed decision, but I make it, and that's it. So there is no procrastination in that regard. And sometimes if you make a decision and it's wrong, it shows itself quite quickly, which means you can correct it. So I think simply acting is extremely important in design. And also knowing when to stop is probably the greatest decision one can make.

What is the most widespread misunderstanding about design or designers? That's a really interesting question, because, generally, I don't tell anyone that I'm a designer. If they say, "What do you do?" I say, "I make things." I think that many people think a designer is a form of decorator, because in the wider context of the world the two are quite similar. But that's not the case at all. The designer is someone who is, yes, giving form to something. But when they're giving form, they're giving the idea. And when they're forming the idea, they're also forming the object in relation to the industry that it's being made by and the people that it's going to be serving.

So, again, relating back to Mr. Hein Eek, I think that his type of work is a very different type of design than what we do, in that he is on his own journey that is biographical and unique. And so it's serving himself as much as it is a gallery or the person that's purchasing it. Our world is not really that way at all. It's perhaps quite traditional and old-school. We have to give form to an idea that needs to be adopted or absorbed by a huge number of people. I find it quite interesting that perhaps many years ago Mr. Hein Eek would have been called primarily an artist, or perhaps a craftsman of ideas. But now these kinds of approaches to work are seen as design too. So design means so many different things now, it really does. It's liberating but with that comes an ever greater difficulty in answering your question—what is design? 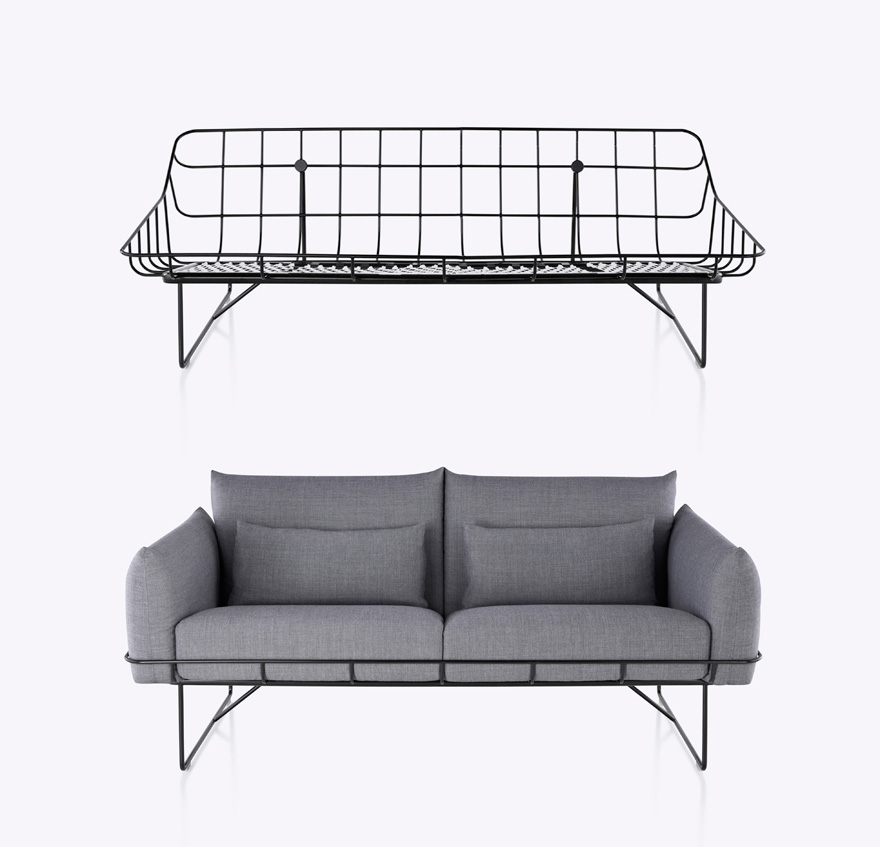 What is your most prized design possession? That's a tough one. I don't really have many things like that, that I feel attached to in a physical way. What I really enjoy is my house and my office. So it's more spatial, perhaps. That spatial atmosphere of a room or a building—I tend to treasure that more than the things that are populating those spaces. Which probably sounds strange coming from someone like myself who's designing those things. Perhaps it's the amalgamation of things and how they sit with each other that is more important than the single object.

What is exciting you in design right now? I am excited by when an industry is in flux, and when you start to see evidence of a shift occurring. I do enjoy that very much. Because it gives a lovely sense of progressiveness. So we witnessed that with our project on the office domain with Herman Miller. We also witnessed it with Mattiazzi, when we looked at craft and how craft changes with the introduction of the machine, and looked at crafting the machine itself. There's many examples that either we're involved in or that we see, where a particular industry is being reinterpreted or redefined.

If you could redesign anything, what would you choose? That's a tough question, because it generally means that things aren't working—otherwise why the need to redesign it. There are many, many things here which don't work. But at the same time, they have their own kind of charm because of that.

I can tell you what frustrates me though, which is the way things like a heating boiler in a home are always breaking. And they're very difficult to repair, very difficult to understand. The whole method and system of how repair takes place is bothersome, really awful. Because very rarely is knowledge passed down; it can be so temporary these days. You start to feel that you know more than the repairer does, when they arrive, by the fact that you live with the product. So I would say that, generally, if people who provide goods and services realized that the process is never finite, that things will always go wrong—it would be wonderful if they would pay more attention to that and think about a system of repair and maintenance so that there's more longevity. People would feel more contented and the company would obtain more dignity.

What do you hope to be doing in ten years? I chose a profession that, as I said, is my hobby, and I enjoy doing it. So I hope that I can continue to enjoy it for many years to come, wherever I am.

Industrial Facility's Sam Hecht on Designing for Mass Production, Rethinking Repair, and the Importance of an Orderly Workplace