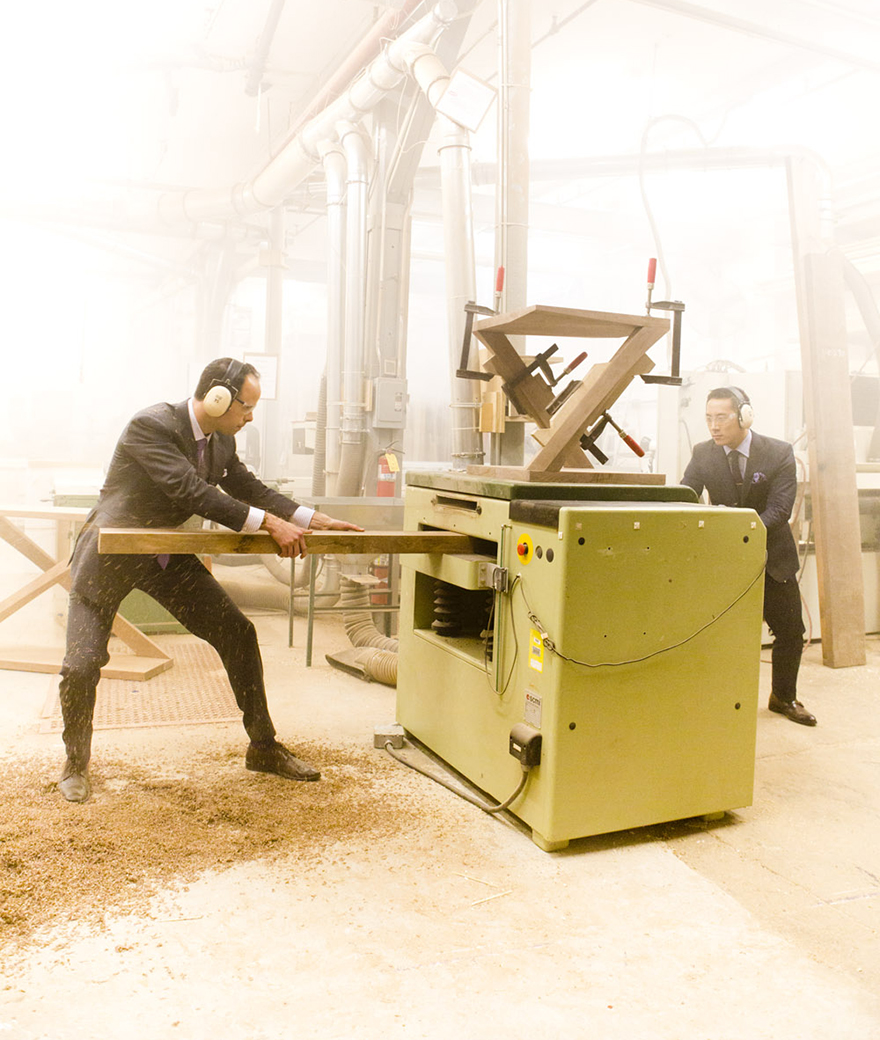 When you think of two guys in a shop building furniture, you imagine them wearing Carhartt more than Canali. But Dan Hellman and Eric Chang aren't your average furniture designers, nor the type to commission your average ad shots. With a strong sense of brand, impeccable business acumen and seemingly limitless drive, the Brooklyn-based duo have propelled Hellman-Chang, in less than a decade, from mere start-up to showroom darling in the world of high-end furniture—a position that has taken some furniture groups entire generations to achieve. (At press time Hellman-Chang had been added to Boston's Webster & Co. furniture showroom, as well as Washington D.C.'s Hines & Co., bringing their total showroom partnerships to nine.) 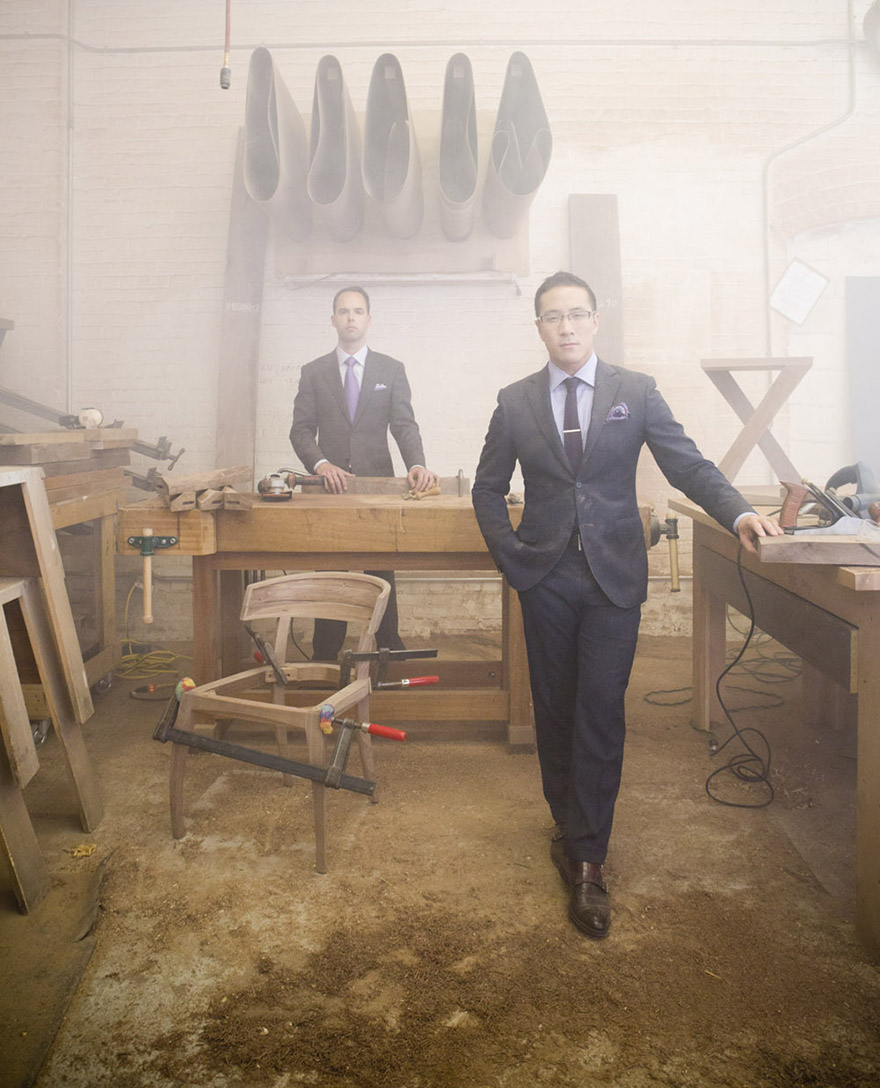 Rather amazingly, they did all this without advertising. But as the company continues to climb the contract furniture ladder, this month they're rolling out their first ad campaign, partnered with high-fashion brand Canali, to appear in the pages of Elle Décor, Interiors and New York Magazine. "The fashion and design industries are probably the two industries that can still benefit greatly from print advertising," says company co-founder Eric Chang, who has a background in advertising. "We decided that we were coming to a point where we would take the plunge into advertising as a way to bolster our distribution efforts." How do you decide what to shoot for your first print campaign? Chang explains why they opted to avoid the de rigeuer furniture hero shots you'd expect: "Unlike other ads, the campaign isn't just about showing product—we are pursuing something entirely different. We wanted something that was going to showcase what our company stood for: The hand-craftsmanship, the solid wood, our Brooklyn studio. Not to mention the dichotomy of the ultra-luxury, high-style that our furniture represents and the raw, dusty origins from which they are created." 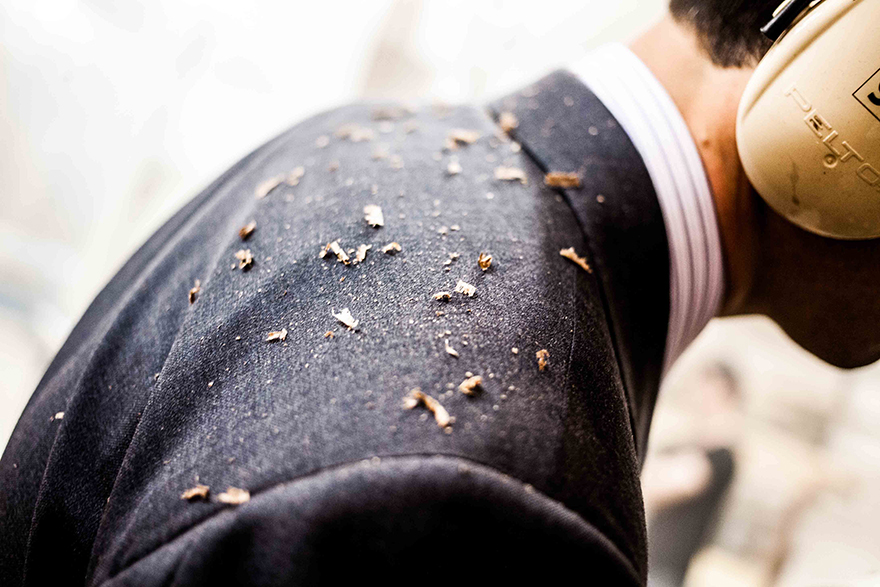 Speaking of dusty, the Canali suits surprisingly survived the shoots, courtesy of an air compressor. "Canali is a brand with great heritage, quality craftsmanship and luxurious style, and the partnership with them was a great blessing," Chang adds. "Our style is something we've become known for, and Canali was excited to work with us as young designers. It continues to reinforce our brand and its relevance to fashion, luxury and pop culture."

Here's a behind-the-scenes peek at what went into the shoot:

Up next, we'll catch up with Eric himself and look at a rather unique facet of Hellman-Chang's strategy.