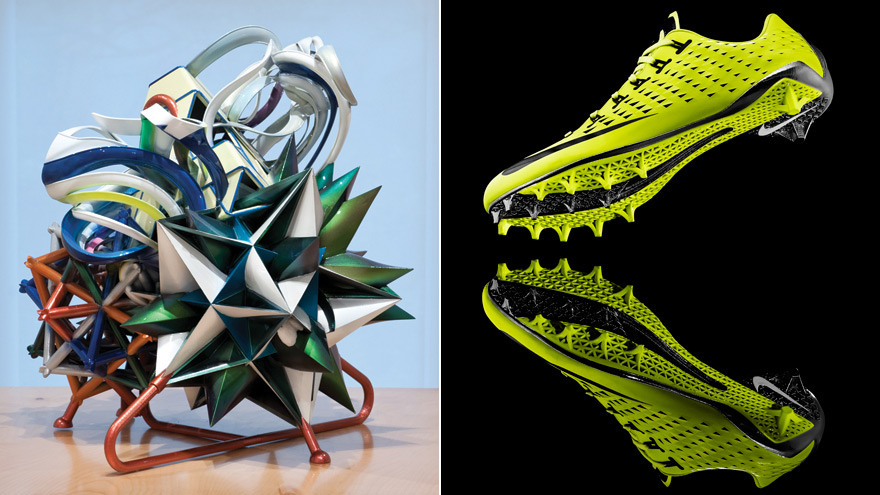 In what will certainly be a must-see exhibition this holiday season, New York City's Museum of Arts and Design (MAD) is pleased to present Out of Hand: Materializing the Postdigital, which opens today and runs through July 6, 2014. Billed as "the first in-depth survey of digital fabrication in contemporary art, architecture, and design," the exhibition includes a catholic selection of "more than 120 works of sculpture, jewelry, fashion, and furniture by 85 artists, architects, and designers from 20 countries." Curated by Ronald T. Labaco, Out of Hand explores various approaches to and modes of computer-assisted production through works—"including commissions created especially for Out of Hand and objects never presented before in the U.S."—by the likes of Ron Arad, Barry X Ball, Zaha Hadid, Anish Kapoor, Maya Lin, Greg Lynn, Mark Newson, Hiroshi Sugimoto, and many more.

Seeing as the works date from 2005 to present, MAD is clearly planting a stake in the ground with this first look at what will eventually be considered 'early' examples of art and design in the digital era. It's too soon to tell whether some of the work on view will be canonized or it will be forgotten, but the fact that these technologies will likely evolve over the course of the nine-month run of the show is precisely the point: Out of Hand is a timely snapshot of the intersection of art and technology at this moment in time. 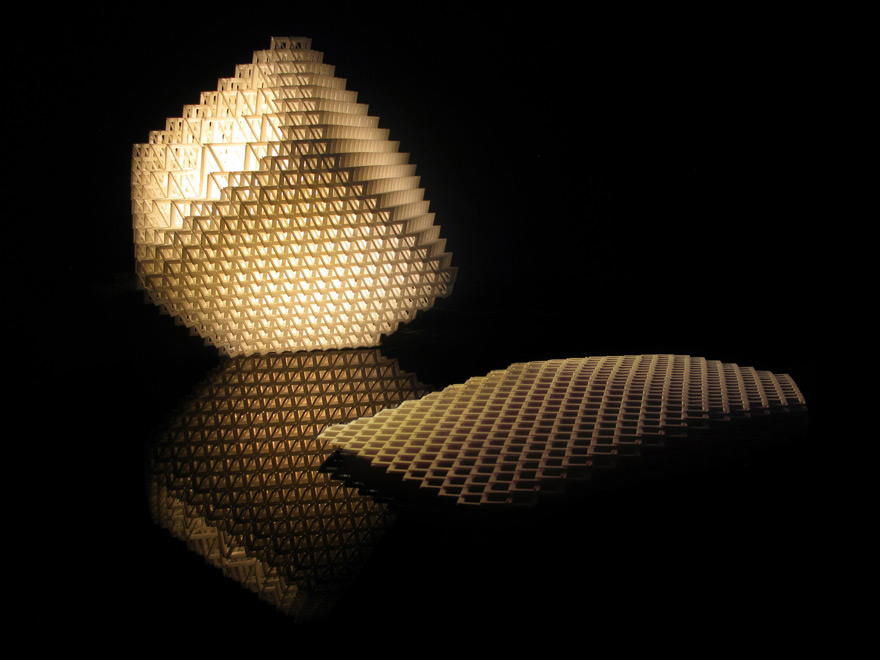 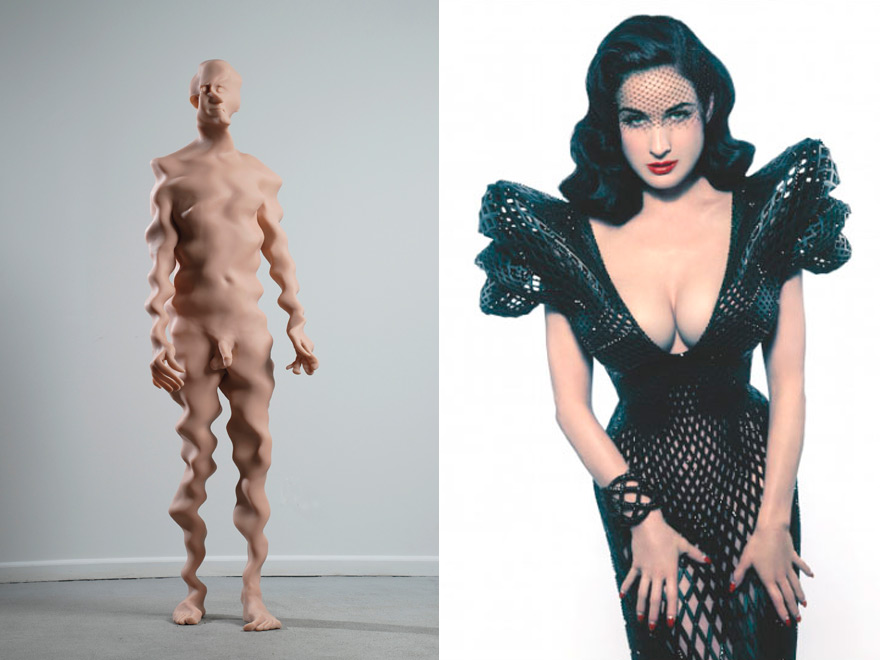 We had the chance to speak to Labaco in anticipation of the opening.

Core77: How did this exhibition come about? Is there a serendipitous origin story, or has it been in the works for some time now?

Ron Labaco: The concept for the exhibition came out of a meeting with the director and chief curator about two years ago. We were tossing around ideas for exhibition topics and the subject of 3D printing came up. If you think back to then, which wasn't so long ago, 3D printing was not as familiar a term with the general public as it is today. You could count the number of articles about it in popular magazines and newspapers on one hand.

But rather than simply focus on 3D printing, I suggested a more inclusive exhibition on digital fabrication—including CNC machining and digital knitting/weaving—to provide a broader look at how computer-assisted manufacture has changed our physical world. By doing so, I was able to develop a more complex story about how these methods of fabrication were being utilized in individual artistic practice across different disciplines. I opened up an interesting dialogue between practitioners who approached the same technologies from different perspectives with differing goals. At first I had also planned on examining developments in the medical sciences, but with the wealth of material that I was finding, I had to limit the scope to design, art and architecture. 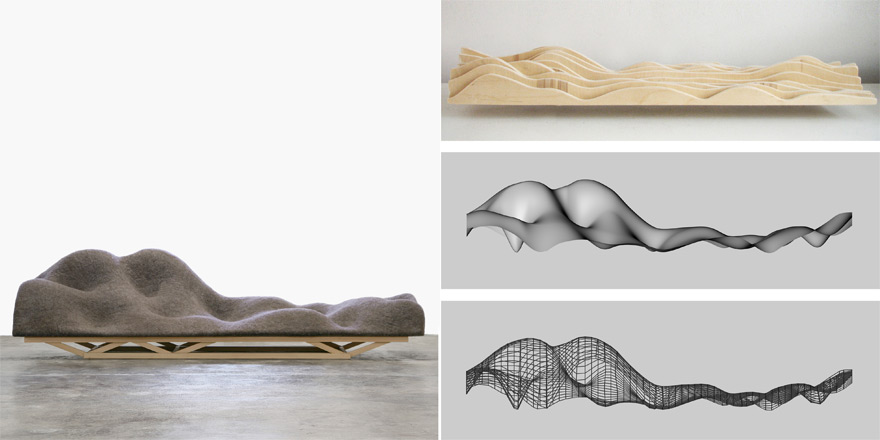 The subtitle "Materializing the Postdigital" suggests that we've simultaneously moved beyond the digital yet we remain in a kind of incremental feedback loop (à la "postmodern"). How would you define "Postdigital?"

Despite the common belief that "post-anything" in an exhibition title will drive away the masses—and believe me we had long debates about it—I felt it important to address our digital status head on. When I first began my research, it became clear that there was a dramatic shift in the way that digital technologies were being accepted as tools for creative expression, rather than for the innovation in and of itself. The digital revolution is over and we are now in a post-revolutionary period, with the achievements of the last few decades taken for granted and even expected in the creative industries. So "postdigital" doesn't mark the end of the digital age but instead the broad acceptance of digital technologies as commonplace.

I'm impressed by the breadth and sheer volume of artists and works in Out of Hand; who were the obvious ones (the ones that you wanted to include from the start) and who came out of the proverbial woodwork?

Artists not typically associated with digital fabrication were the first obvious candidates. Frank Stella's use of 3D printing may come as a surprise to many. Wim Delvoye was another favorite for his use of laser cutting to achieve the lacy Gothic tracery in his steel industrial machines and architectural installations, especially after he started twisting his forms on the computer with baroque exuberance. Because of all the excitement surrounding 3D printing and the ongoing advancements in materials and scale, I had a little difficulty narrowing down the practitioners and works in that field. In the end, it came down to the interrelationships between groups of works and connections that could be drawn by displaying them together. 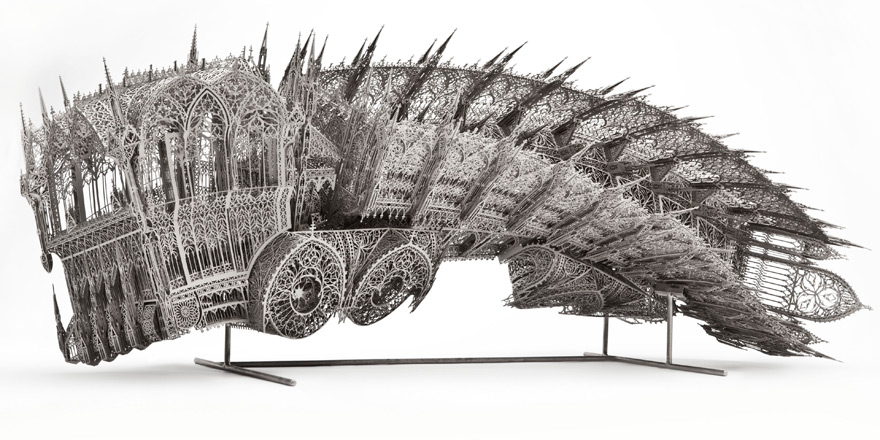 To what degree does the exhibition reflect how the very definition of an artist or sculptor has changing? Or alternately, how does it underscore a broad definition of sculpture as giving shape to materials?

I don't see the exhibition as changing the definition of artist or sculptor as much as reflecting how digital design and fabrication provides another instrument in the artists' toolkit.

'Digital' sculpture often flirts with science fiction as an aesthetic, which doesn't detract from the work but is certainly an abiding reference point; it ranges from uncannily familiar to vaguely futuristic. What do you think the legacy of Out of Hand will be?

In his book The Reconfigured Eye: Visual Truth in the Post-Photographic Era, William J. Mitchell discusses the radical impact of digital photography on deconstructing the objectivity associated with traditional, analog photography. By extension, digital fabrication is poised to do the same for our material world, exploring the aesthetic potential and raising questions about originality and reproduction. I hope that his exhibition will spark further dialogue on these and other timely issues. 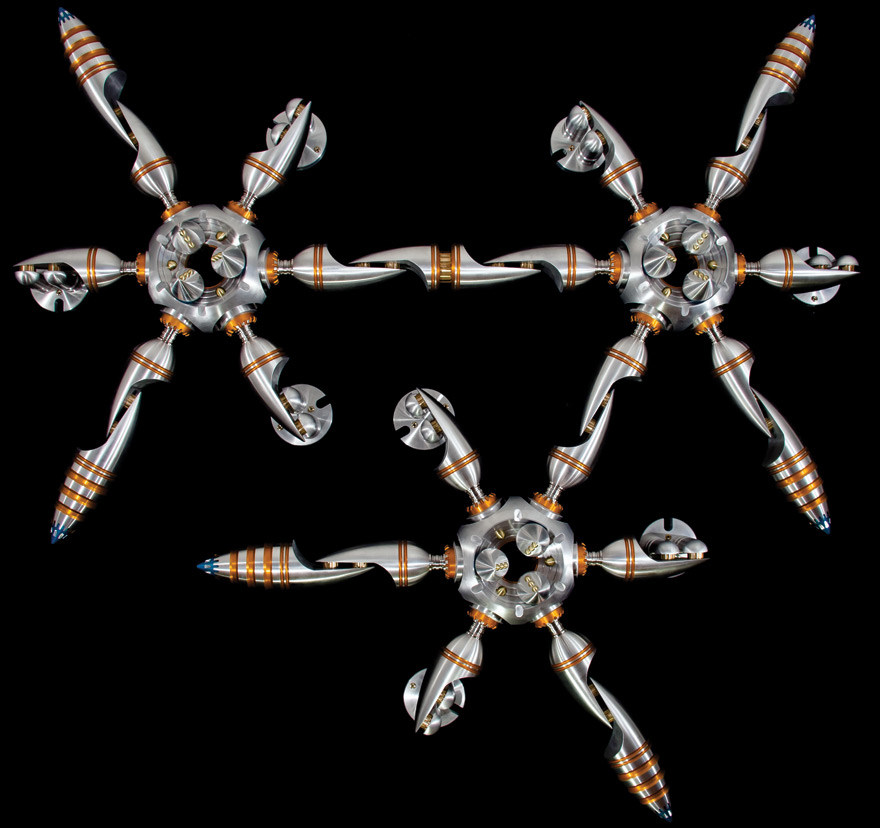 Out of Hand: Materializing the Postdigital will be on view through July 6, 2014.