Energy Source of the Future: Bacteria 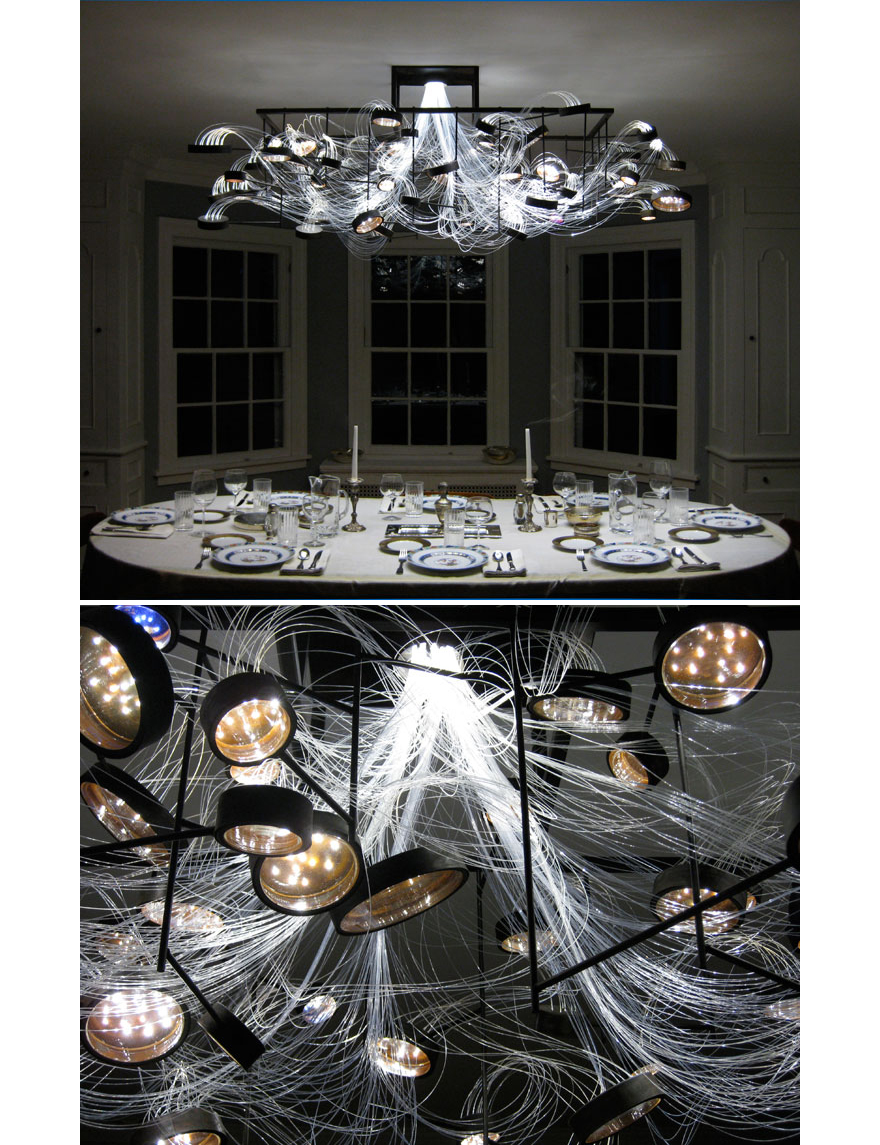 A few years ago, architecture firm MADLAB created quite a stir with their Bacterioptica chandelier, above, where illumination from the fiber optic cables is filtered through petri dishes filled with living bacteria. It's weird and it's beautiful. But in the future, we may put bacteria to more practical purposes. Using bio-design, we can harness bacteria to convert our waste products into clean, renewable energy.

The way we would do that is by creating microbial fuel cells, or MFCs. An MFC is basically two electrodes separated by an ion exchange membrane. We encourage bacteria to grow on the anode side (the side that generates the electrical current). As part of their metabolic process, bacteria convert organic waste into CO2, protons and electrons. Now we've got juice.

So what are the applications? Consider wastewater from a typical urban area. Such wastewater is known to hold nine times the energy that treatment plants use to clean it. MFCs could clean the waste while storing the energy given off by that process, creating a self-sustaining system. Scientists are currently working on making MFCs as efficient as possible, and if they can successfully scale-up that process, we could gain considerable energy from all kinds of organic waste.That's because pretty much any organic material, like food crops, can be used to feed an MFC. Scientists recommend setting up a microbial fuel cell plant in conjunction with other forms of renewable energy like a wind turbine farm. This way, the MFCs can take advantage of the same electricity lines as the turbines, making it all more cost-efficient.

Perhaps most exciting is that MFCs emissions are well below current efficiency standards, almost 50 percent lower.

Recently scientists have started combining two different types of bacteria to create new types of MFCs. For example, researchers combined a light-sensitive bacterium called Chlorobium and another called Geobacter to produce electricity, with the advantage of converting light to energy in a highly efficient way.

The latest development has occurred just last week. Scientists in California linked up an MFC with a regular solar cell. The MFC uses waste to generate electricity to power the solar cell, which then splits water (electrolysis.) This process leaves us with valuable hydrogen gas. Using just wastewater and sunlight to generate hydrogen gas addresses both a need for wastewater treatment and the ever-increasing demand for clean energy. Not bad for the microorganisms that soap commercials teach us we need to get rid of.

Energy Source of the Future: Bacteria