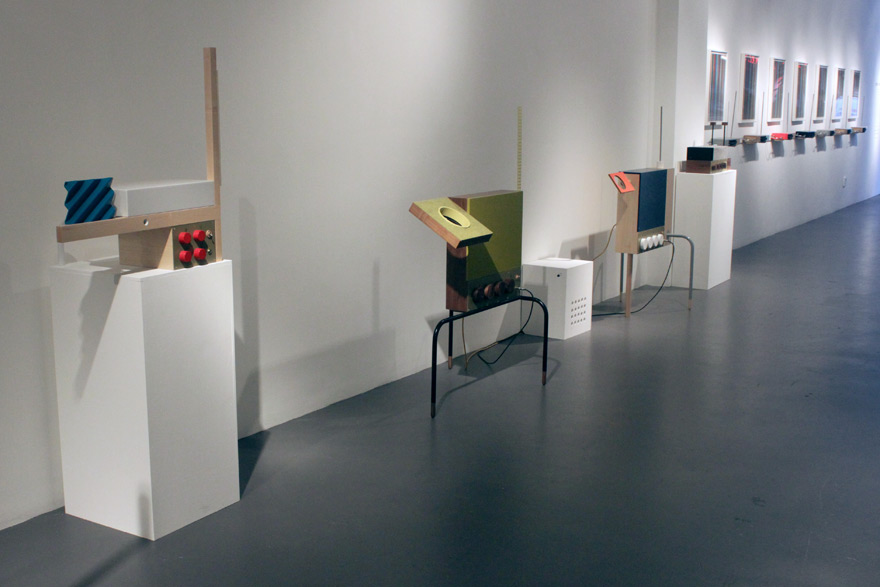 We've been fans of François Chambard (a.k.a. UM Project) for some time now, but I must say he's really hit his stride with his latest project, a series of theremins (thair-uh-min, for the uninitiated) for Butterscotch Records and Moog Music. On view now at Judith Charles Gallery in New York's Lower East Side, Odd Harmonics features a dozen one-of-a-kind theremins handcrafted by Chambard, ranging from a breadbox-sized tabletop version to several filing-cabinet-sized renditions. 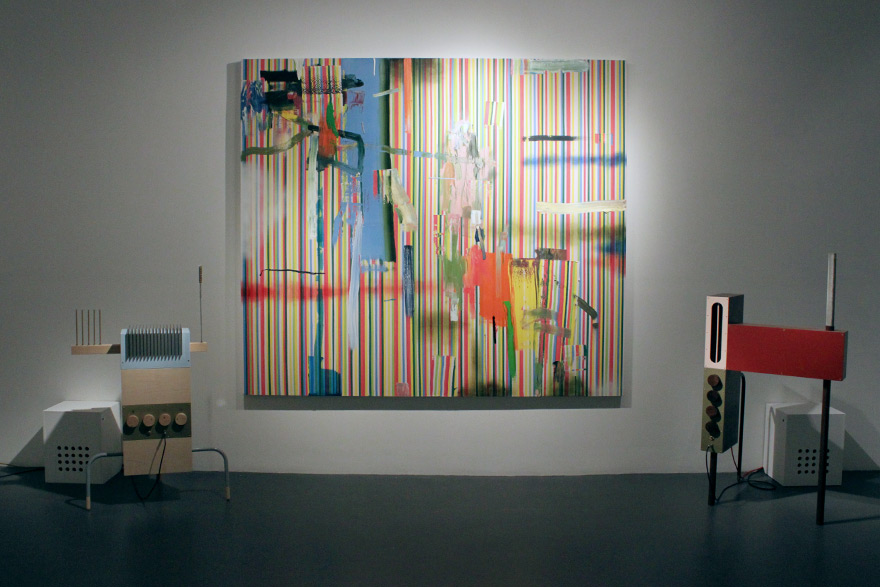 The theremins are exhibited alongside 2D-artwork by Cassandra C. Jones and Tomory Dodge (pictured), who have created album art for Butterscotch Records

The sturdy wooden construction and bright colors—in keeping with Chambard's signature style—have a certain retro appeal, yet they're entirely contemporary, sui generis works that blur the line between sculpture, furniture and, of course, musical instrument. Chambard notes that the hardware itself was provided by OG synth-makers Moog, and the functional control knobs that comprise the 'dashboard' of each theremin are a riff on A/V equipment. 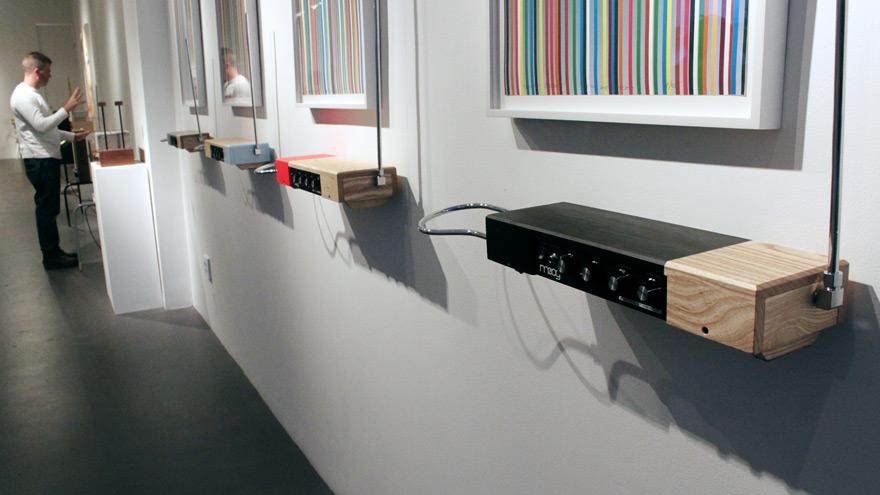 Moog's standard Etherwave theremin usually comes with a natural wood finish; Chambard has painted some of them to nice effect.

Meanwhile, some of the antennae actually consists of wire brushes, funnels and various other household objects, evoking the child-like sense of wonder at noisemaking antics—i.e. banging on pots and pans—without compromising aesthetics or functionality. For those of you who are unfamiliar with the proto-synthesizer, the theremin simply generates a sine wave and a pair of electromagnetic fields (localized to the antennae on either end). The musician modulates the pitch by moving his or her right hand along the vertical antenna; the loop at left corresponds to volume.

Although Chambard admits that he's not a musician himself, he's had some success translating his background in furniture design to custom music equipment, such as a mixing board for producer Allen Farmelo and a keyboard stand for Wilco's Mikael Jorgensen. Yet "Odd Harmonics" represents the logical extension of these commissions, the quirky, whimsical aesthetic a perfect visual analogue to the 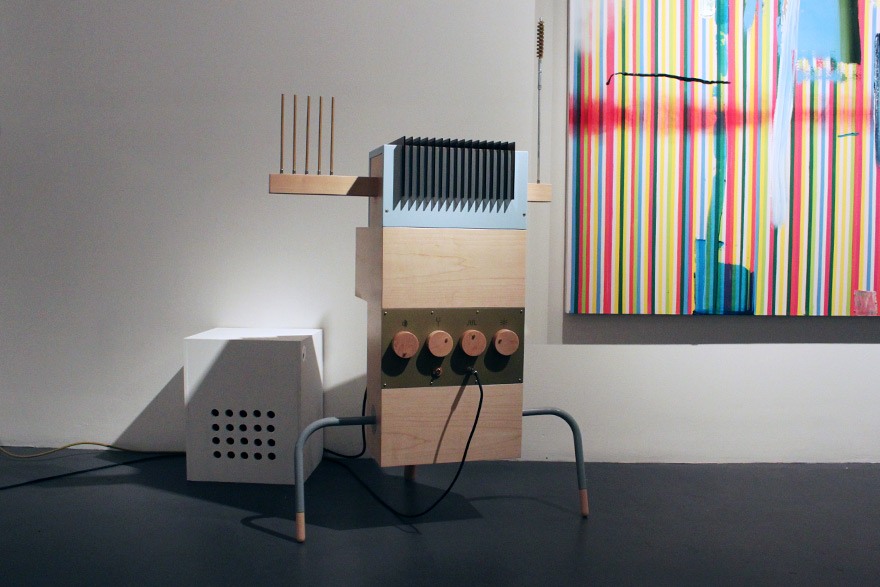 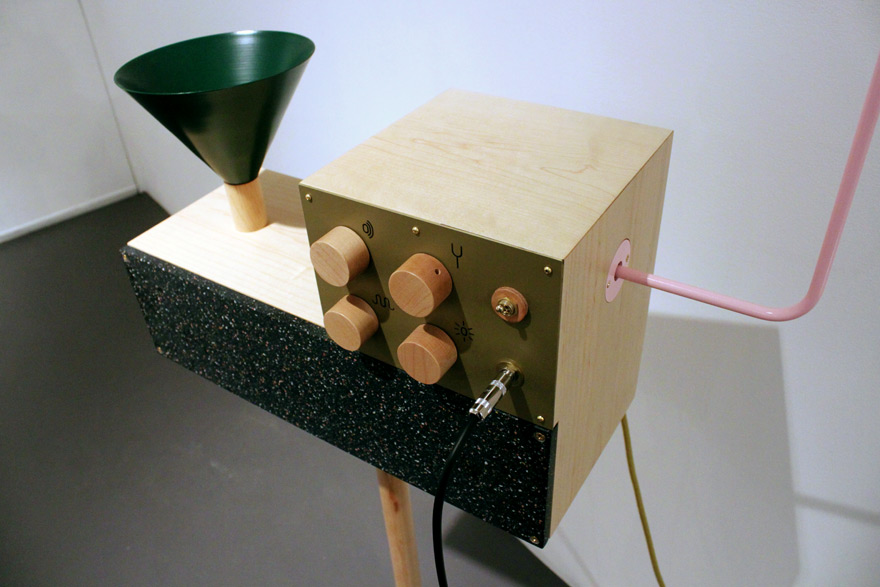 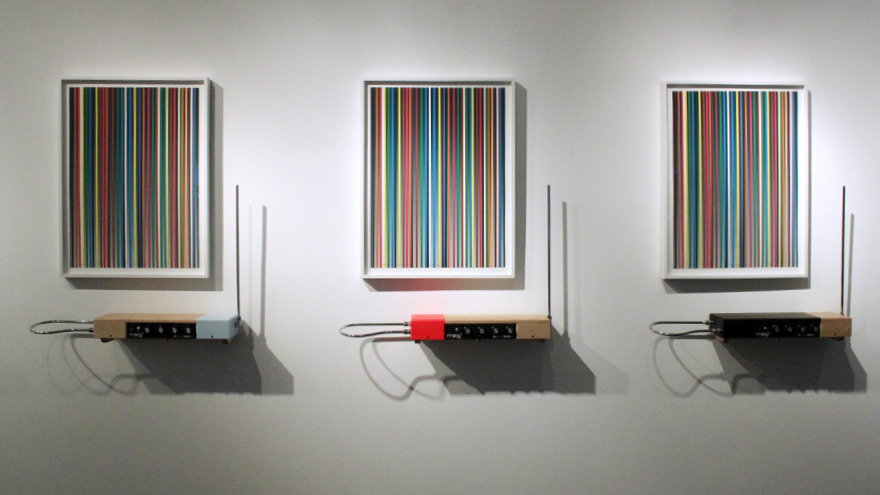 Fun fact: inventor Léon Theremin also developed The Thing, which is regarded as a predecessor to RFID technology. 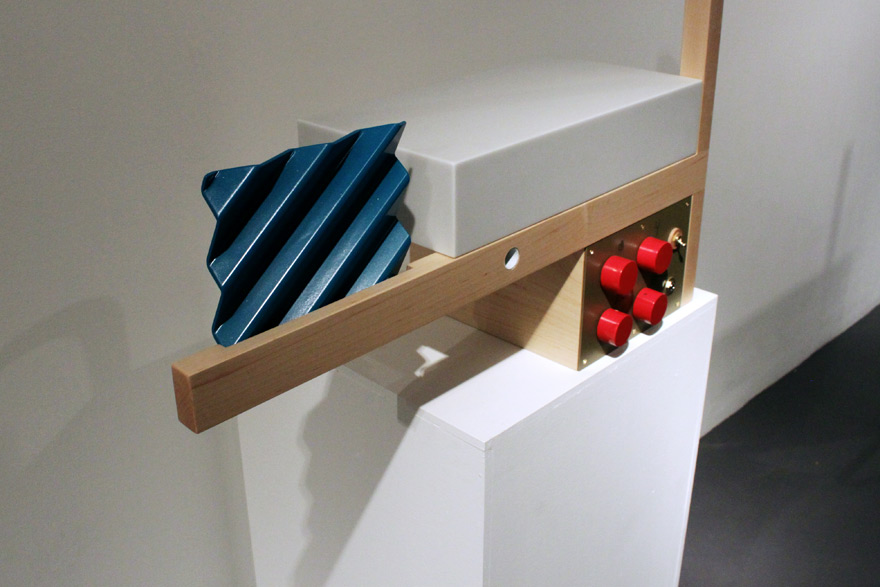 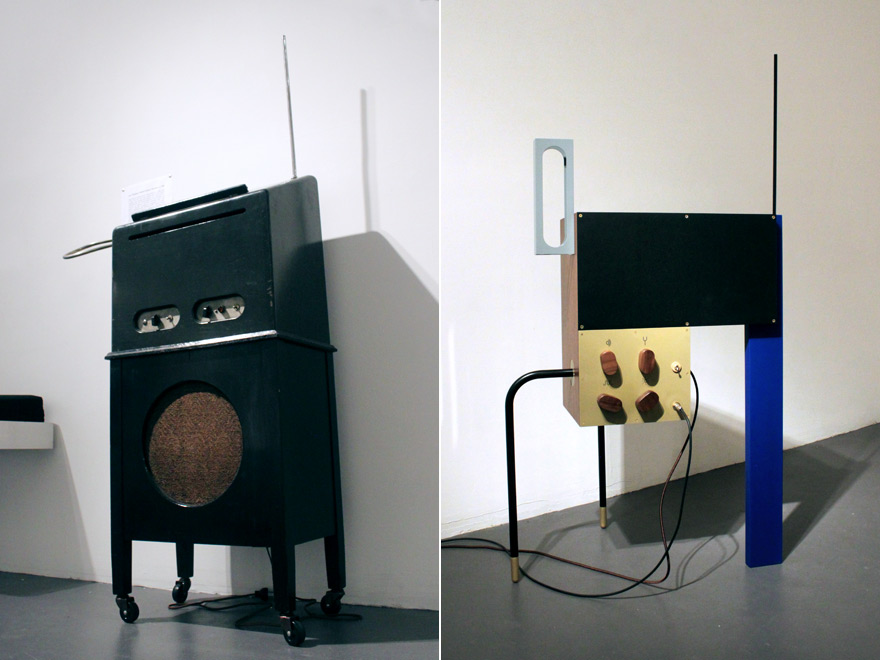 At left, one of the last theremins crafted by Léon himself in the late 30's; as the story goes, it was recently discovered in a Brooklyn basement. 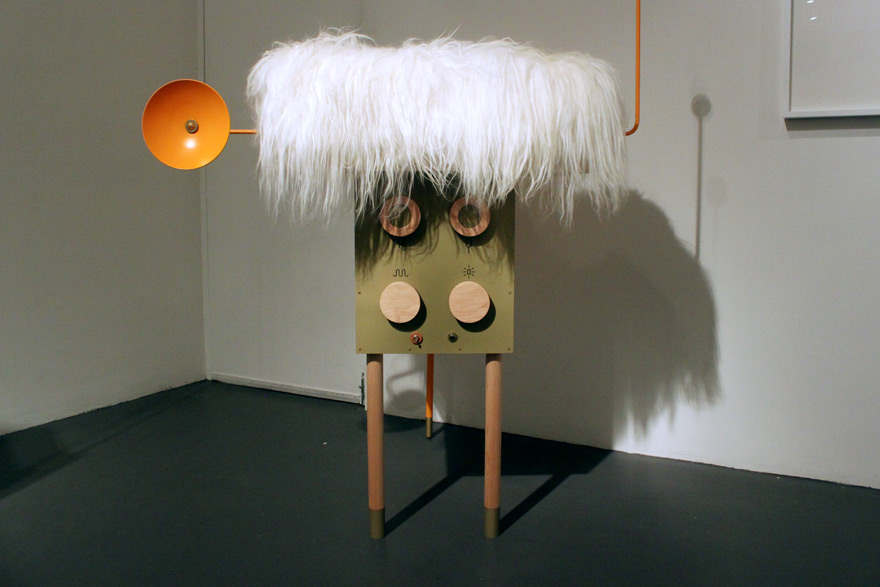 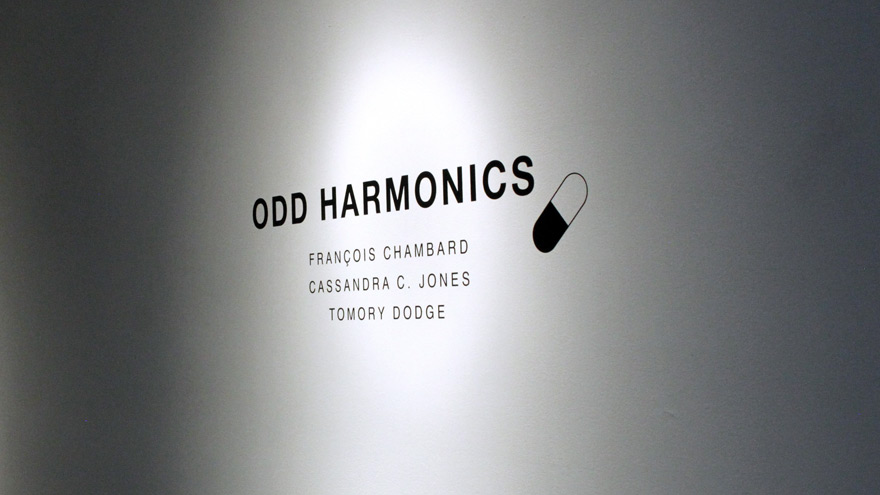