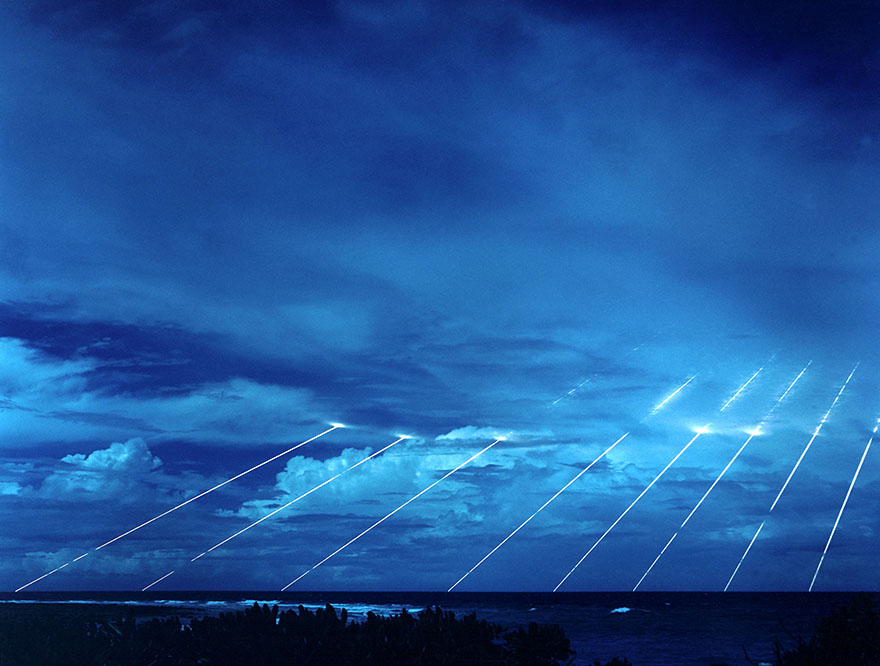 Overnight delivery is amazing. The thought that I can finish a drawing here in New York, drop it off at a FedEx office at 5pm and have it show up first thing tomorrow in L.A. is pretty neat.

A far superior delivery system is the Intercontinental Ballistic Missile. It takes about five minutes to boost itself into suborbital flight, where it then cruises for less than a half-hour, and then spends just two minutes plummeting down to its target more than 7,000 miles away. And even small ICBMs can carry half a ton of cargo. Of course, since that cargo is usually a nuclear device, we think of ICBMs as deliverers of death.

Huai-Chien "Bill" Chang, a doctoral candidate in Space Architecture at the University of Tokyo, however, has a different idea for what ICBMs could be used for: Long-range disaster relief. Should a natural calamity strike in a region of the globe that's difficult to access, Chang posits, an ICBM somehow modified for a soft landing could be loaded up with supplies, and quickly delivered where it is needed. And with the dearmaments following the end of the Cold War, there's no shortage of mothballed missiles.

"These rocket engines are still functioning. If we could use these engines, the cost would be very much reduced," Chang told science and astronomy enthusiast website SPACE.com, following a recent presentation of his idea at the American Institute of Aeronautics and Astronautics' Space 2013 conference. "I'd like to see something like this happen before the next big disaster hits."

Here's Chang himself explaining the concept at a TEDxTokyo "audition:"